The latest system announced by Nintendo, just a few days before the release of the DSi XL, is the 3DS. As the name implies, it’s a 3-D iteration of the company’s DS handheld. Nintendo Japan made the announcement earlier than expected, and they haven’t released much in the way of details. What we have a lot of so far is rumor and speculation. 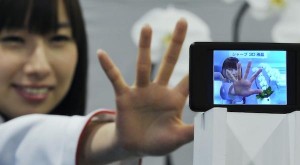 Nikkei, a Japanese business and technology newspaper, says that Nintendo’s going to be using a Sharp parallax barrier LCD screen. Sharp showed off a 3-D parallax display today that might just be the same as the one used in the 3DS. It’s got an 854×480 resolution, a 1,000:1 contrast ratio, and people that went hands on with it describe it as amazing.

And that’s the first part of it, really. If the 3DS can give us a high quality 3-D picture without the need for glasses, they’ll be perceived as being leaps and bounds ahead of everyone else. It’s not like motion control, which was doable before the Wii; this is 3-D the way people want to see it.

How many surveys have you read, and how many forum posts have you seen, where people sing the praises of 3-D but for the glasses? Putting on a pair of glasses (or in my case an extra pair of glasses) to watch a movie is just more than a lot of people are willing to do. They want 3-D without having to compromise comfort, and Nintendo’s apparently giving it to them.

There’s no pricing yet announced for the 3DS, but if the success of the Wii and DS Lite have taught Nintendo anything, they’ll keep it as low as possible. If they can release this system for under $200, it’ll be in countless homes across Japan and the US. 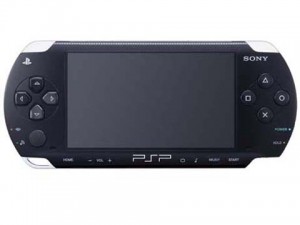 The 3DS is one of those perfect storms. Kids will want it, because it’s the newest Nintendo system, Non-gamer parents will want it for the novelty and to play ‘Brain Age’ in 3-D, and unless Nintendo fails to prepare a strong launch title, hardcore gamers will want it too.

Not only does the announcement of a glasses free 3-D handheld from Nintendo make TV makers seem a little bit behind the times, it makes Sony’s PSP seem downright archaic. The PSP is a great system. It has better screen resolution than the DS and it’s capable of a lot more, but Sony hasn’t done a major update in a while; aside from the wholly disappointing PSPgo.

The rumor is that Sony has something similar in the works, a 3-D handheld system of their own. If they didn’t already, they’ll have to now. Both Microsoft and Sony are still playing motion control catch up to try and recapture some of the ground they lost with the release of the Wii, and you can bet neither of them intends to let that happen again. 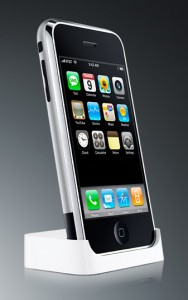 Microsoft has stayed out of the handheld market, but Sony isn’t Nintendo’s only competitor. As Steve Jobs frequently points out, the iPhone has become a legitimate handheld gaming system. When the 3DS breaks Christmas records next year (and unless Nintendo prices it ridiculously high, it will), there’s no doubt that Apple’s going to look at it and say “how can we do that?”

Unless the 3DS flops, it’s going to send waves through the handheld market that will spread to the PSP, the iPhone, and then out to other media friendly smartphones. We’ll have 3-D on our handhelds before anywhere else, and we won’t want to give it up.

Think about high-definition television. It started out as a bit of a novelty. It was amazing looking, but out of the reach of most consumers. HD has become commonplace now, and expected. Standard definition sets are becoming more uncommon and unless you stay in a hotel, you’ll probably never watch one again.

Similarly, think about your speaker system. Sure, you got along fine without it. You watched TV through the built in speakers and you did just fine. Now that you’ve had some nice speakers and a good subwoofer, try going back. Unplug those speakers and listen to the tinny bass-free 10W television speakers. It’s just downright uncivilized!

There’s no reason to expect 3-D will be any different, given the right circumstances. 3-D TV is going to take a while to filter in to most homes, but the 3DS will be there, letting you play games in 3-D. It’s getting people used to the experience, so they just can’t go back to 2-D viewing without it seeming less than great. It’s the 3DS that’s going to convince the public that 3-D is worthwhile.