In the market for a new videogame console this holiday period? Not sure if you want something for the living room or something portable? Only have around $200 to spend? Allow nostalgia to play a large factor in your purchasing decisions? The Neo Geo X Gold may be perfect for you!

Twenty years ago, the Neo Geo AES system allowed consumers to play Neo Geo arcade cartridges at home in a novel if impractical manner. A series of portable cartridge systems followed, fueled by a catalogue of Neo Geo classics. While the Neo Geo X Gold replicates the classic Neo Geo AES look, it combines the portable and home legacies into a new portable system with a dock that sports more than kitsch appeal. 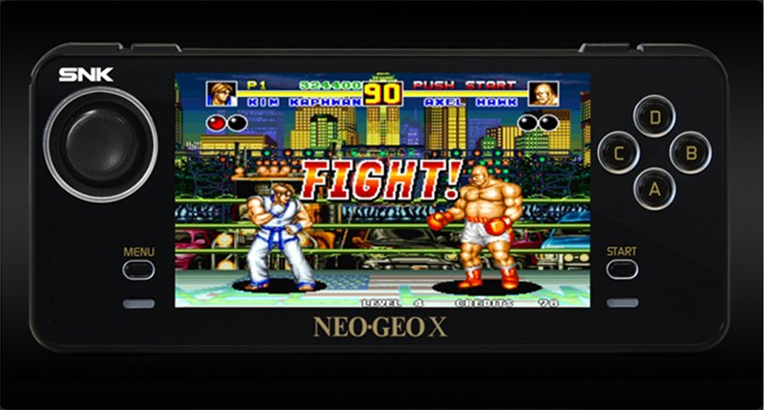 The portable system can be seen in action here. The dock is dead ringer for the original Neo Geo AES console, but it doesn’t accept cartridges. Instead, it docks the included Neo Geo X portable system, and outputs in both analogue and HDMI. It also moves the controls from the portable to the wired Neo Geo X arcade stick. A second stick can be added for a second player. 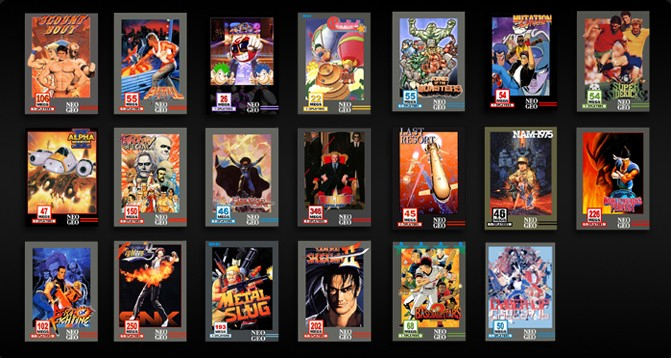 I’m sucker for SNK’s Neo Geo. Even as obviously expensive and limited as this system is, it’s still tempting. The X Gold really emulates the games, but the look, form factor, arcade stick and HDMI are intriguing. There isn’t anything high-def about the set-up, though it does have a toggle to stretch some games for widescreen. (The priority is to maintain the original varied screen aspect ratios.) It’s hard to tell how much long-term game card support it will really have. (Oddly enough, some people still occasionally produce new games for the Neo Geo.) Nonetheless, the system may be collectible, so it’s not necessarily as bad an investment as it might seem.

One final thing that strikes me about this odd, retro system is how cool I find the docking set-up. The Sega Genesis Nomad, with its A/V out and 2nd player controller port, was a true portable console experience (with battery pack). Some models of the PSP (2000, 3000, Go) had a TV output (Component/Composite), and a few games even allowed the use of a Dual Shock 3/ Sixaxis controller (such as ‘Resistance Retribution’). The problem with those systems, much like several smartphone configurations, is that you wind up with an awkward controller that has several cables coming out at all angles. If I could drop a 3DS, PS Vita, iPhone or Android phone into a dock and have power, HDMI and a sweet arcade stick supported, not only would that be awesome, it would make more sense to me than the Circle Pad Pro, the Ouya, SmartGlass, the Wii U or pretty much anything current with the exception of PlayStation cross-play.