We wrote about the NEO GEO X Gold retro gaming system a few months ago. The portable console was recently released, and one of our readers decided to make the purchase. He’s offered to share some thoughts on the ownership of this snazzy, if niche product. Was the collectible a worthwhile purchase?

Even while maintaining its 1990s retro charm, the NEO GEO X checks a lot of boxes for today’s high-def enthusiast. Not only does it utilize HDMI, it also offers a mixture of scaling options to suit the user. At the same time, the heart of the console recreation is a portable unit that seems right at home next to a PS Vita, Samsung Galaxy SIII or iPhone 5. These features sound great, but the unit may already be out of production, and features games that can be played (albeit less authentically) elsewhere.

So, how does the actual product stand up to expectations? For that, I’ve turned to Bonus View reader Julian De Backer. 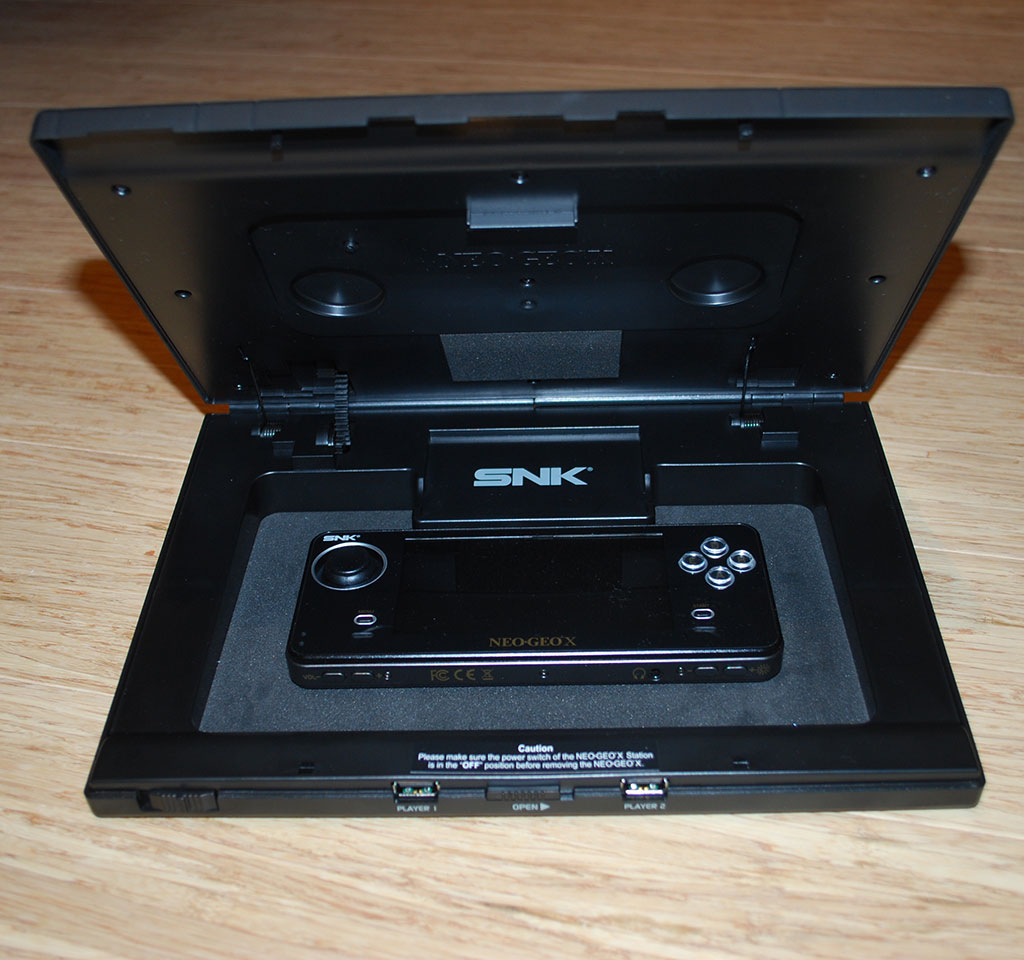 How Is It Hooked Up to Your TV?

I’m currently using it on a beamer (projector), but the same applies to eventual TV usage. It connects via HDMI, although the standard red/yellow/white RCA cables are also provided in the package.

How Do You Like the Build Quality of the Controls? 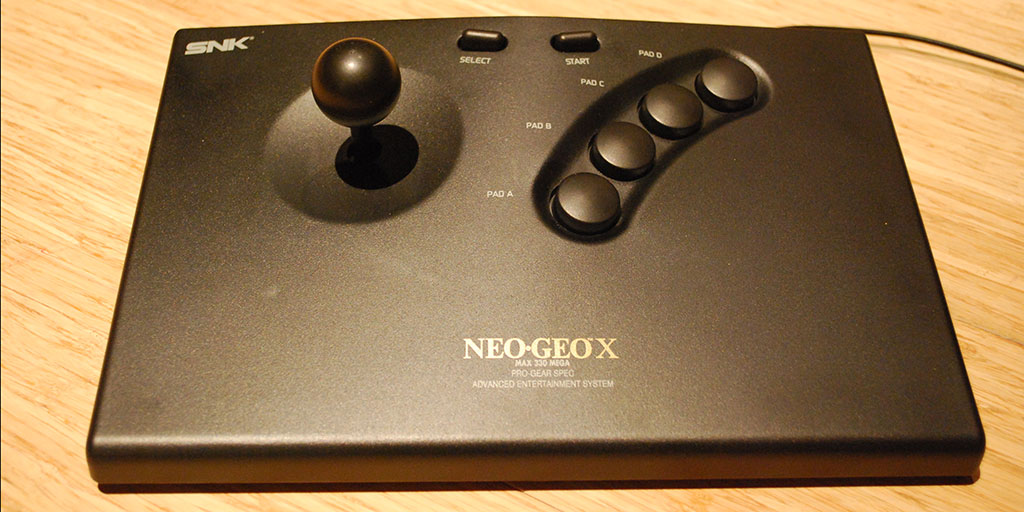 How Is It in Portable Mode?

Very nice, good picture and sound. The unit is bigger than I expected. Judging from the pre-release pictures, I was anticipating a Game Boy Micro size, but the final product is closer to the PSP (Slim & Lite, 2nd and third generation). Battery is questionable; I never seem to get it to fully charge. I wonder if that has anything to do with the American-to-European plug problem I had. Three hours of battery life is expected, which is what Neo Geo promises on the web site. So, no lies there. A USB charger has been promised, so I hope that will fix my “never full battery” issues. As it is, Neo Geo stresses 5 to 10 times in the manual to ONLY CHARGE VIA THE DOCKING STATION! But eager internet users have tried it with their BlackBerry chargers, and it seemed to work.

Which Is Your Favorite Game and Why?

‘Metal Slug’! Oh yeah! I had never played this, but heard good stories about it. It’s extremely fluent animation, superb sound (rivaling some Hollywood productions) and fun graphics. (At the start of the second level, the enemies are quietly relaxing before you interrupt them.) What a blast! 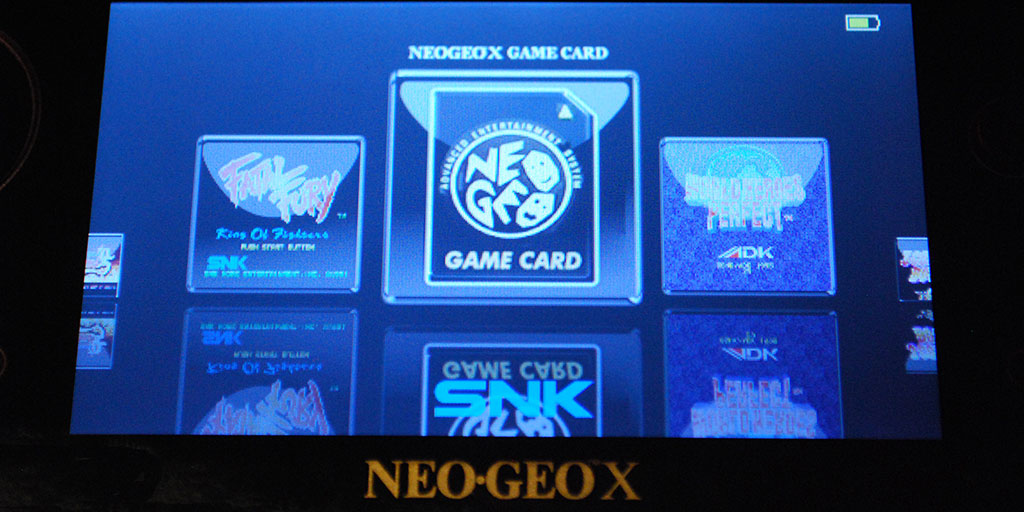 Are There Any Games You’re Looking Forward to Hopefully Adding in the Future?

Not as such, no. This is my first Neo Geo (which was one of the main reasons for purchasing it). I have been looking for a Neo Geo Pocket for some time, but never found an affordable one, or one in good shape. The original home console is way out of my league. (I’ve seen prices of $1000+.) I don’t have a good background knowledge of the Neo Geo library, so I’m unaware of killer apps or must-plays. The bigger names (‘Fatal Fury’, ‘Metal Slug’) were known to me as a gamer, but not to the extent of playing or beating them. Neo Geo was never a big hit in Belgium, either. I’m not even sure if the original was readily available. I have seen the Pocket consoles with my own eyes in local shops. Then again, the ’90s were all about Nintendo vs. Sega. 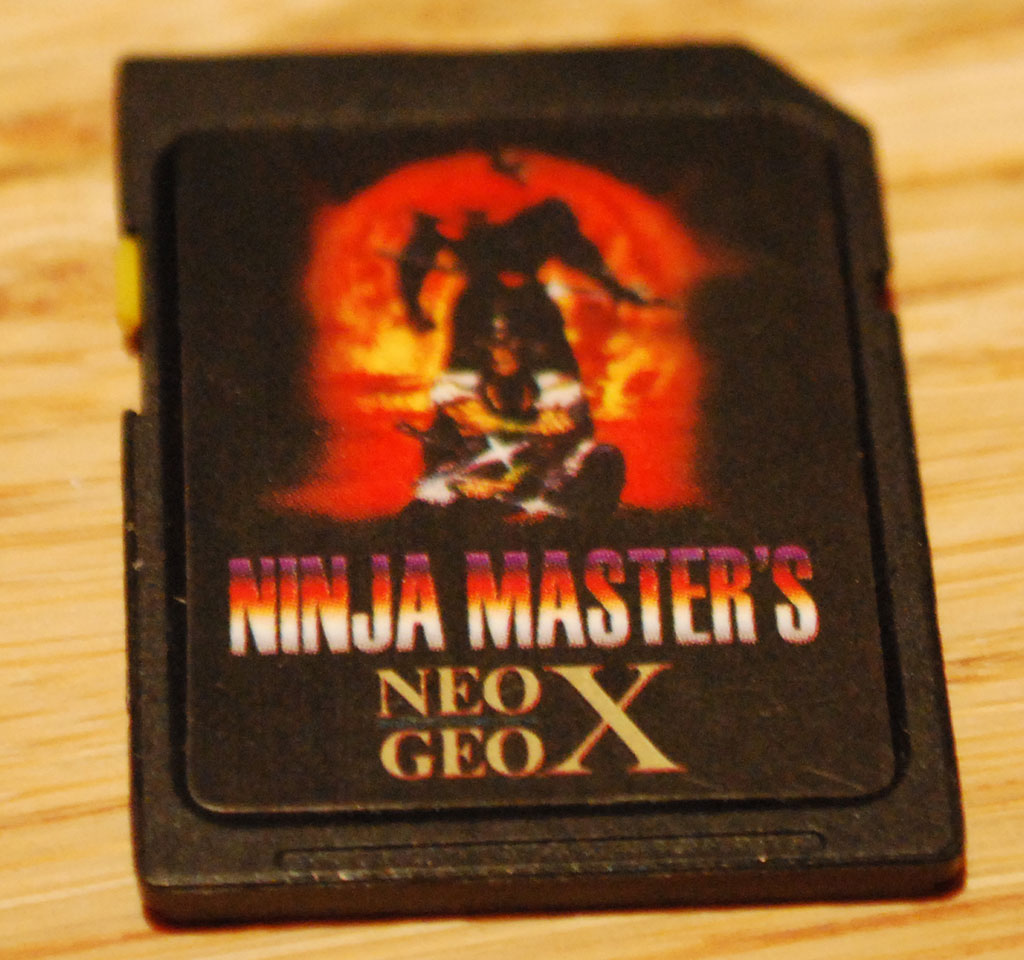 Was It Worth the Expense and the Wait?

Tricky. For $200, you get 21 games (20 internal + one copy on a standard SD card; see photos) and one arcade stick ($50 on its own), plus of course the console and docking station. I’d say that’s some good value. But, of course, the games are old and future support remains vague. Will the promised USB-charger make it to the market? Will we see more games on SD cards? The web site promises a forthcoming option to save your games in the form of a memory card (the original Neo Geo had that feature, which was groundbreaking back then), because early adopters had been quite angered at the inability to save your games. Continues are mostly limited to three, and afterwards, it’s all back to the start. True to the arcade roots, of course.

I’m a satisfied customer (I’d love to see the battery problem addressed, though), but I can understand its limited-appeal to current gamers. It’s very niche, yet slick and stylish. I wonder how many eventual buyers the Neo Geo Gold will end up with. 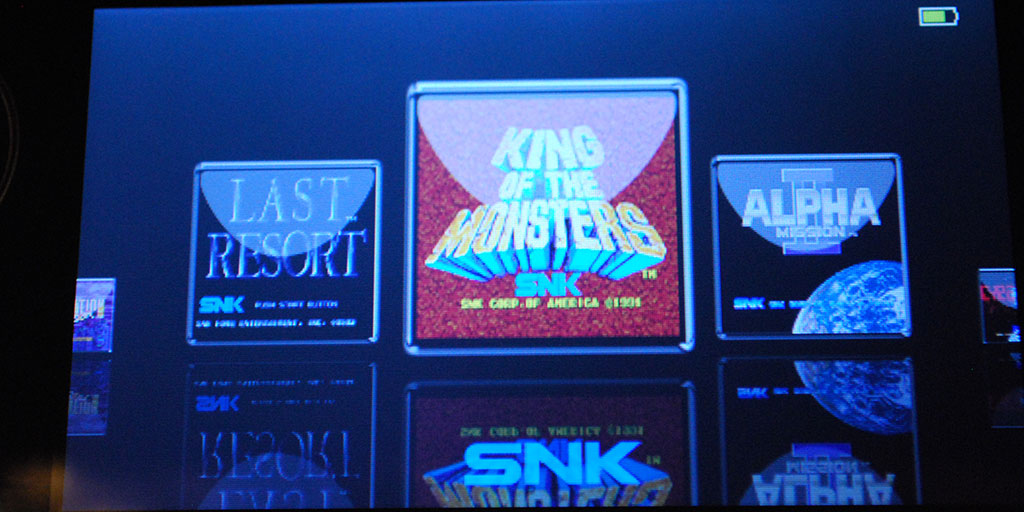 Last Question: If the Neo Geo X Gold Disappeared from the Marketplace, If It Were No Longer Sold or Supported, How Would That Affect Your Feelings About the Purchase?

I don’t think that would affect how I feel about the purchase. After all, all consoles have a limited lifespan and shelf life. I still have every console I ever bought. Even the ones that didn’t have a very long support (four years for the Gamecube, for example) have not been tainted in my opinion. In fact, I think the Gamecube is one of the best and most underrated consoles. I don’t expect the Neo Geo X Gold to have a lot of support. It feels like a quick cash grab from the makers, but I’ll be delighted to see some more games. A protective pouch would be awesome, since I can’t carry it anywhere for fear of scratching the screen. 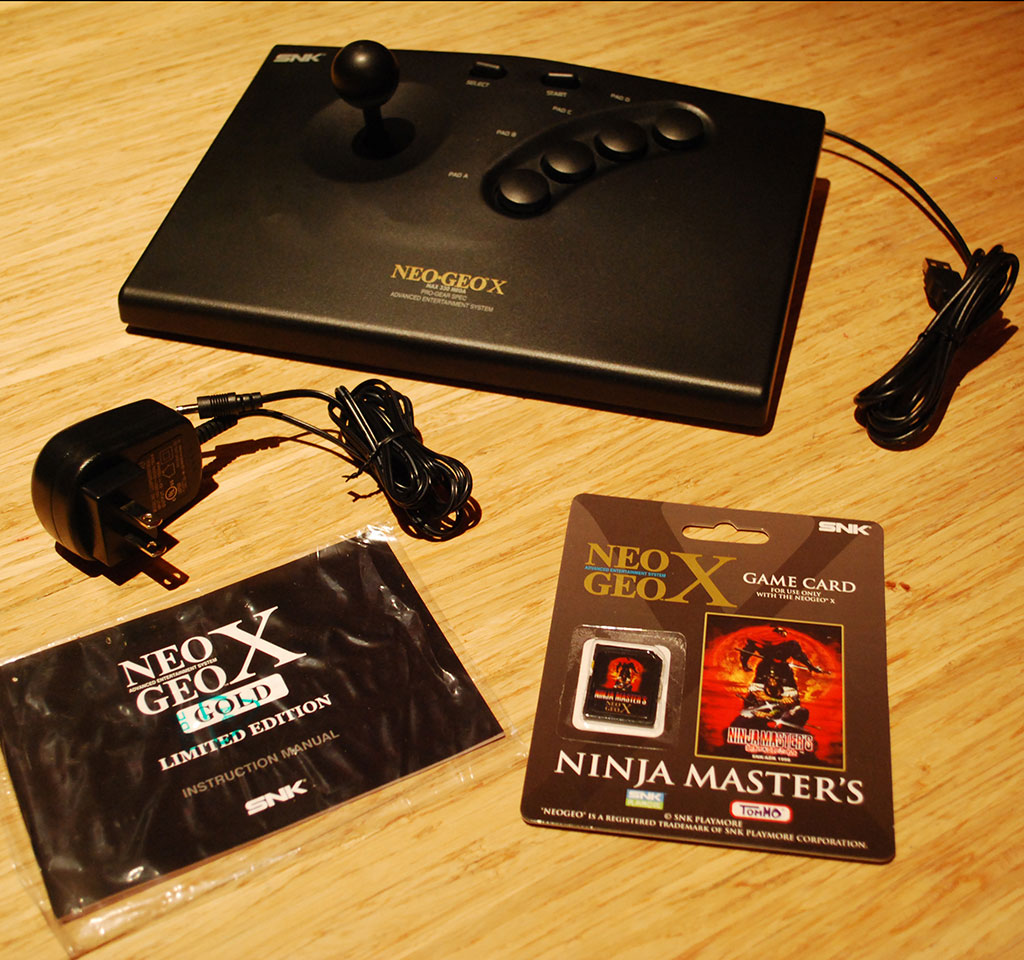 Thanks for sharing, Julian! 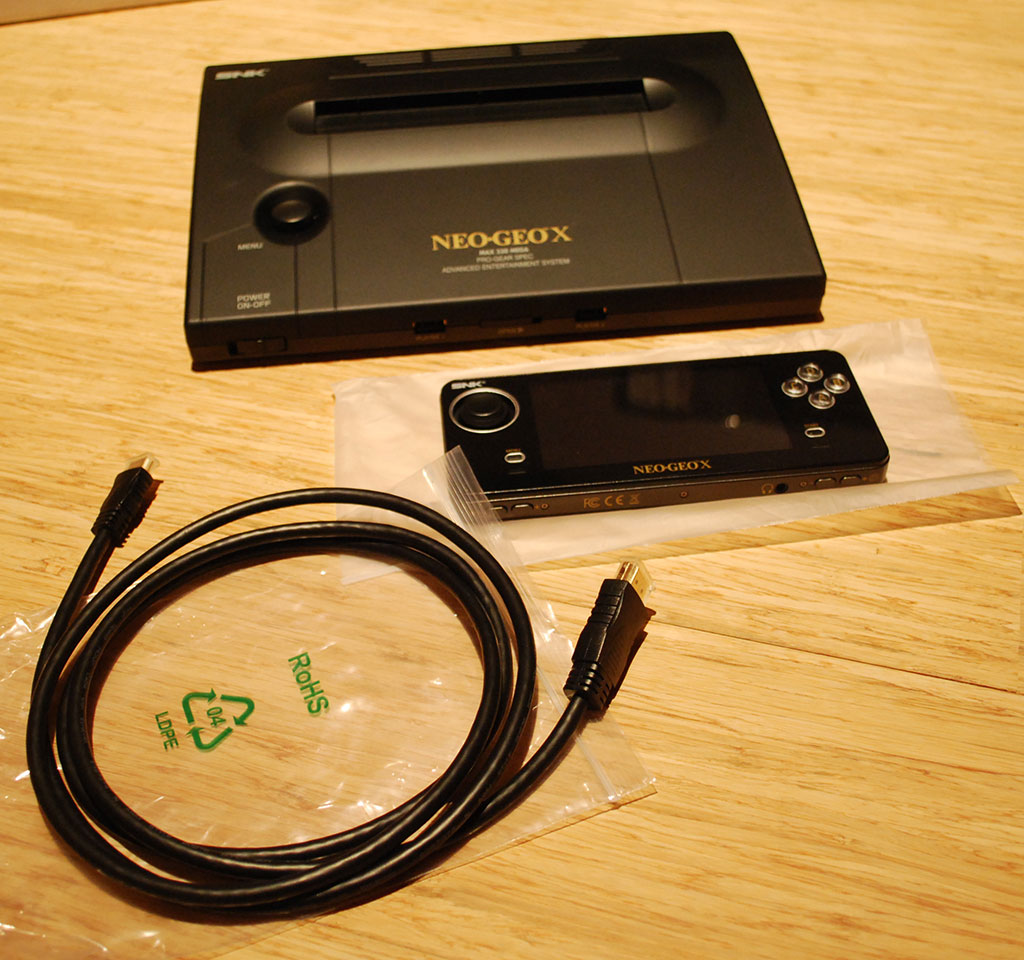