I reported yesterday that not just one, but both of my home theater projectors died on me, one right after the other. This definitely leaves me in a bind, but I’m not completely out of options quite yet. As an emergency stopgap while I try to figure out what to do next, I pulled an even older projector back into service last night. Sometimes it pays to have contingency plans to your contingency plans.

When I purchased the JVC DLA-RS40 back in 2011, it replaced a DLA-HD100 (a.k.a. DLA-RS2). I don’t remember exactly when I bought that one, but the model was originally released in late 2007/early 2008. It has sat in a box, mostly forgotten, for at least the past six years, which is when I moved out of my old apartment and into my current house. When I remembered about this late last night, I went digging for it in a desperate search. Dismayed that it wasn’t anywhere in the attic, I finally found it buried under a pile of other boxes in my basement storage room. Fortunately, it was sturdily double-boxed at the time I put it away. I dragged it out, plugged some cables into it, and… Yes!… It works! I have a picture on my home theater screen again!

I managed to get the image aligned and focused on my screen with a few minutes of effort. Because this is a pretty old projector, it has no powered lens shift controls. Those are handled by physical dials hidden under the lens in front. Luckily, I kept the user manual in the box with the projector and had flagged the page with instructions on how to use the Zoom and Focus, because the menu system is very clunky and those controls are not clearly labeled or at all intuitive. Still, I got it squared away without too much hassle.

As I recall, my decision to upgrade from the HD100 to the RS40 was driven primarily by a desire to add 3D playback to my theater, not a great dissatisfaction with the HD100. (Ironically, the RS40 turned out to be really lousy at 3D.) The HD100/RS2 is a 1080p D-ILA model. If I’m not mistaken, it was only JVC’s second generation product in that regard (the original being the RS1). Given that it’s over a decade old, I set pretty low expectations for what its picture quality would look like today. Remarkably, after firing it up and watching about an hour’s worth of TV last night, I’m pleasantly surprised so far. It has a bright and sharp image (I’d actually replaced the lamp just prior to buying the RS40, so this one barely has 100 hours on it), with black levels and contrast that are honestly still pretty impressive – especially in comparison to the Optoma UDH50 I reviewed recently, which had truly garbage contrast. This ten-year-old 1080p projector outclasses that new 4k HDR unit by miles.

I’m going to need to find time to do a new calibration. The color temperature looks too red and whites are clipping. That’s to be expected since my Lumagen video processor was calibrated for a totally different projector. Nevertheless, this isn’t too bad at all. It’s not a permanent solution, but I can make do with it for a few weeks while I determine my next course of action with the RS40. I haven’t decided yet whether to repair that one or upgrade to a new model.

Funnily, the only reason I still have the HD100 is that I failed to find a buyer for it on a couple of different occasions when I tried to sell it. I purchased this particular unit as a former demo model that had some ugly cosmetic damage on the hood. That never bothered me much, but I guess it hurt the resale potential. 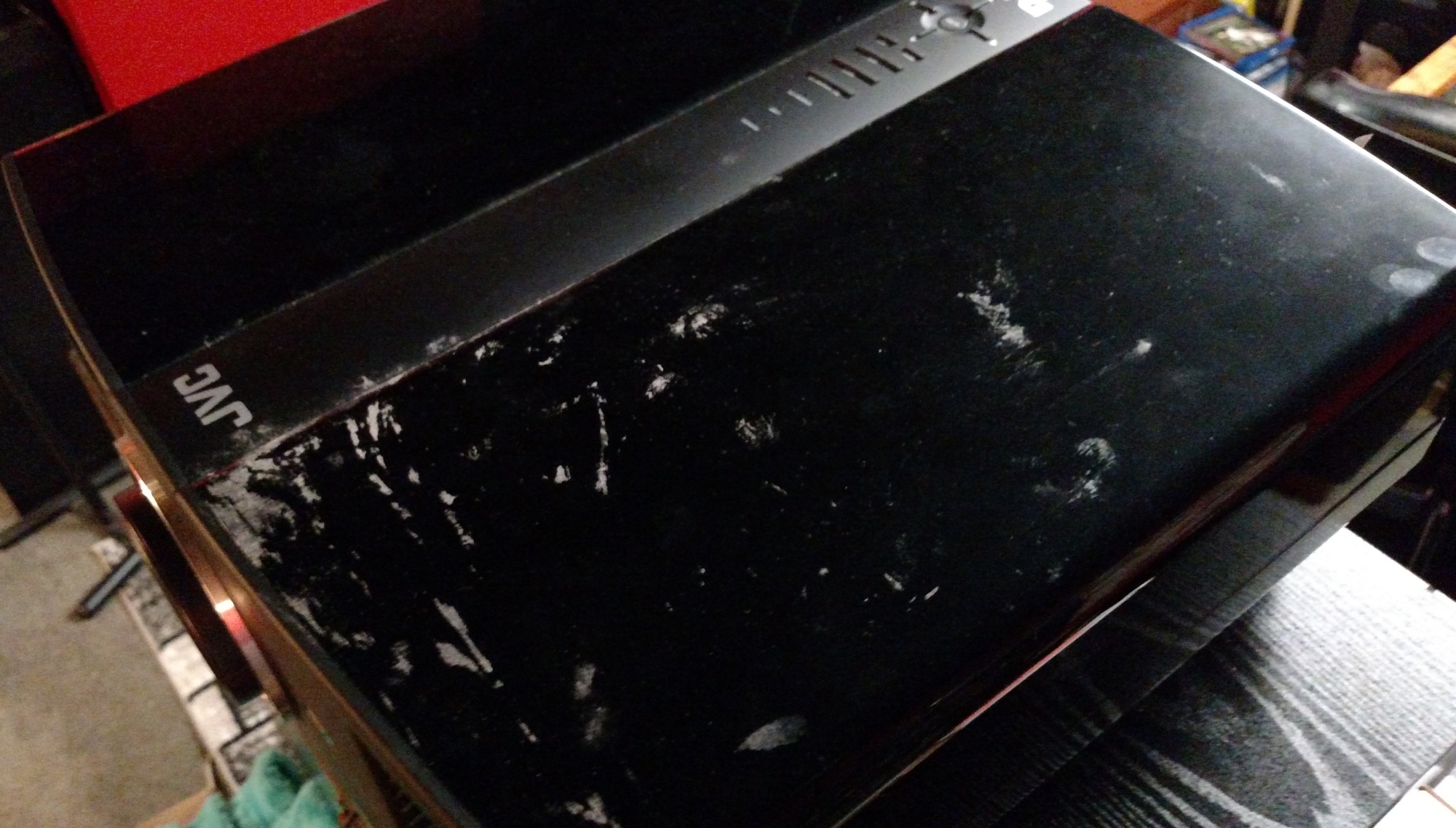 After the last attempt, I threw it in a box and forgot about it. Now I’m thanking my lucky stars for that good fortune!