As you may recall, Best Buy announced a couple months ago a Blu-ray SteelBook for Pixar’s Incredibles 2 that had rather perplexing and ugly artwork. Zavvi has finally revealed the art for its competing SteelBook, which looks decidedly better. You’ll lose out on 4k with this one, but gain 3D if that matters to you.

Let’s start with a reminder of that Best Buy case:

I frankly don’t get this at all. The case is clearly supposed to look like a washing machine. I haven’t seen the movie yet, so I don’t know whether it really has an important or at least notable laundry scene in it. Even assuming that it does, this is an overly jokey and dumb choice of art. I think I would be embarrassed to put this on my shelf. 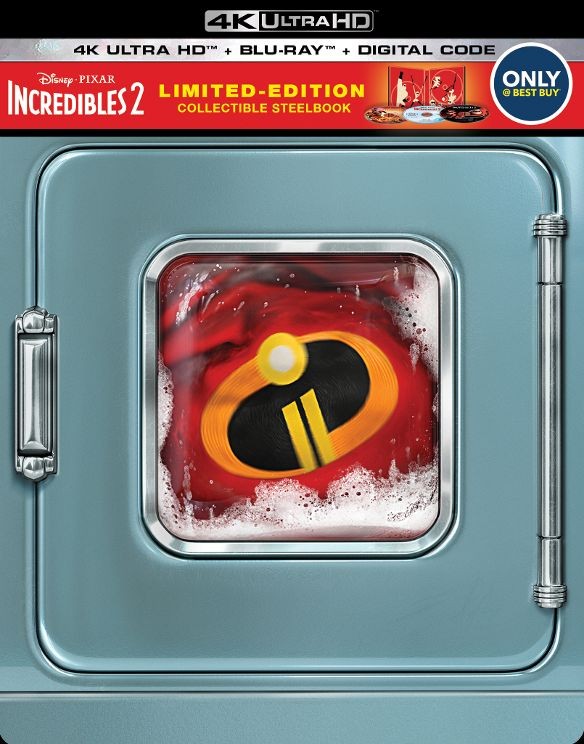 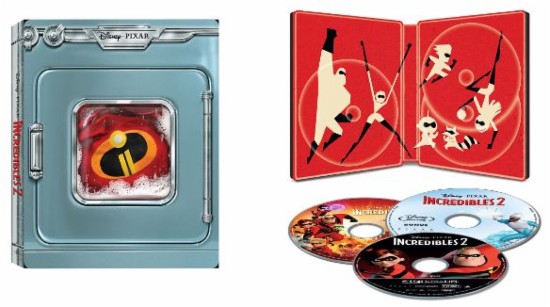 When Zavvi initially put up temp art with just a generic Incredibles logo on it, I feared that the final design might wind up being identical to Best Buy’s. Fortunately, it’s quite a bit different. 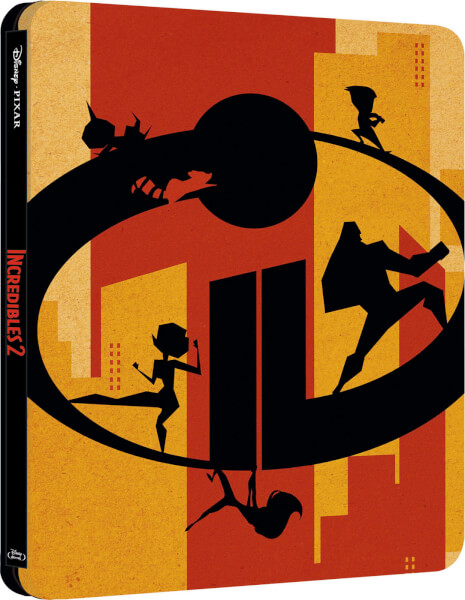 True, this is perhaps a little Pop Art-y (our forum moderator Krawk has already voiced his hatred of it), but I think it looks fine, and I can’t usually stand Pop Art. The particular style used here suits this franchise pretty well, in my opinion.

What’s really confounding about this whole situation is that the UK art would make a great pairing with Best Buy’s own SteelBook for the original Incredibles movie, which was released on Ultra HD back in June. (That case appears to be out of print and out of stock now, sadly.) 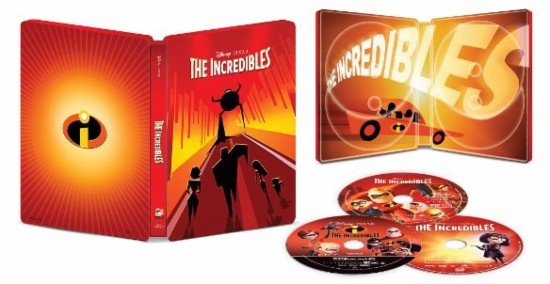 You’d think that Best Buy would choose the similar artwork for Incredibles 2 for consistency, rather than the washing machine foolishness.

Anyway, I put in a preorder for the Zavvi release before it sells out. It probably helps that 3D is something I’m still interested in, but even if I weren’t, I’d probably still buy this SteelBook, and then separately buy an Ultra HD copy of the movie to put into the case.