As expected, the worldwide phenomenon ‘The Hunger Games‘ will receive a few different retailer exclusives this August. Among the first to surface are not one, but two Blu-ray SteelBooks at Future Shop in Canada.

The film is based on the New York Times best-selling novel from writer Suzanne Collins and stars Academy Award nominee Jennifer Lawrence (‘Winter’s Bone’) as one of twenty-four participants in a deadly annual competition that takes place in a dystopian future.

The first SteelBook features a classy “District 12” design. Below is a look at the front. (Click any of the images to enlarge.) 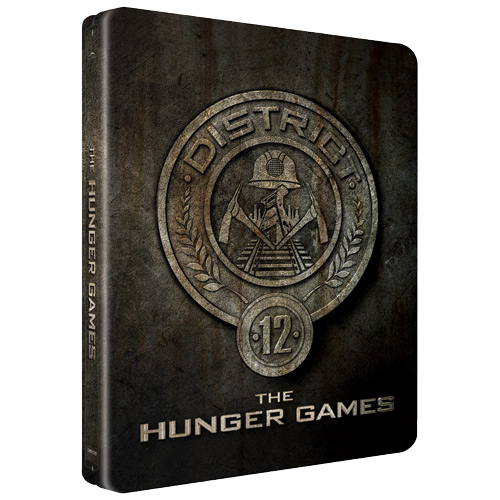 The back simply has the slogan: “May the odds be ever in your favor.” 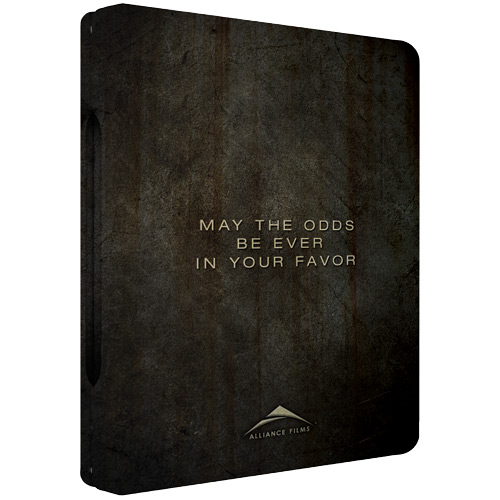 On the inside is also some artwork featuring scenes from the film: 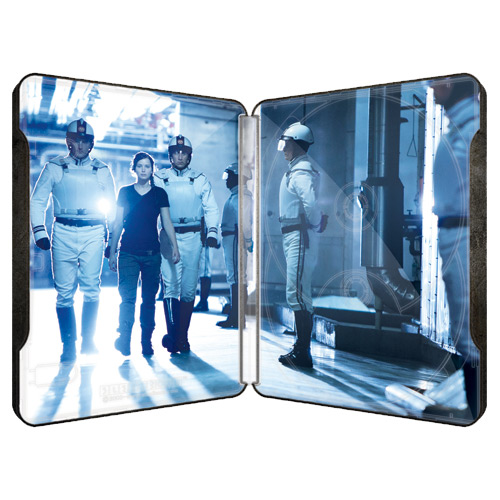 The second SteelBook features a “Mocking Jay” design with the series’ flaming emblem. 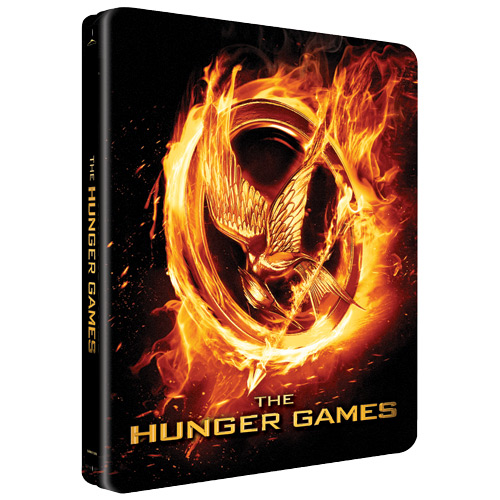 The back is the same as the “District 12″ edition, except that this one has gold lettering” 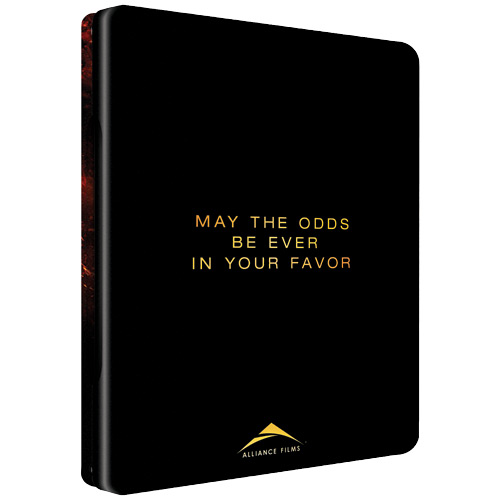 The inside of this one features close-ups of Jennifer Lawrence and her co-star. 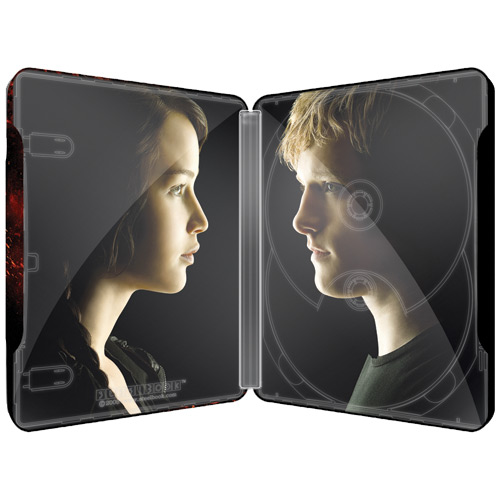 The Alliance Canada release is expected to mirror Lionsgate’s Blu-ray in the U.S. with 1080p video, a DTS-HD Master Audio 7.1 soundtrack and the following supplements:

Both of these SteelBooks will be available on August 18, and the current price for each is $29.99 CAD. “District 12” can be pre-ordered here, and the “Mocking Jay” can be ordered here. Note that Future Shop does not currently ship outside of Canada.