After a hundred episodes of ups and downs (more downs than ups in the final season, unfortunately), ‘Fringe’ ended its run on the Fox network earlier this year. However, as with any cult property that still has a fan base, the show’s characters and themes will continue to live on in licensed spin-offs for as long as its rights-holders can continue to squeeze a buck out of them. To that end, author Christa Faust, who has experience with such things (having written books based on the ‘Final Destination’ and ‘Supernatural’ franchises, among others), was commissioned to write a trilogy of ‘Fringe’ prequel novels, all to be published this year. The first, called ‘The Zodiac Paradox’, is available now. If for no other reason than curiosity, I decided to give it a read.

‘The Zodiac Paradox’ opens in 1968, as hippie grad students Walter Bishop and William Bell conduct a science experiment involving a very powerful LSD blend of their invention at Reiden Lake. They want to test a theory about linking their psychic consciousnesses or something, only to inadvertently tear a small hole in the fabric of the universe. They don’t really understand it yet, but what they’ve done is open a doorway to the alternate universe. Meanwhile, on the other side of that doorway, a psychotic serial killer named Allan Mather is being chased by cops after almost getting caught in a sting operation. Allan stumbles through the portal and winds up in our universe as the door closes behind him. Walter and Bell, still tripping balls, have no idea what’s going on and let him slip by. 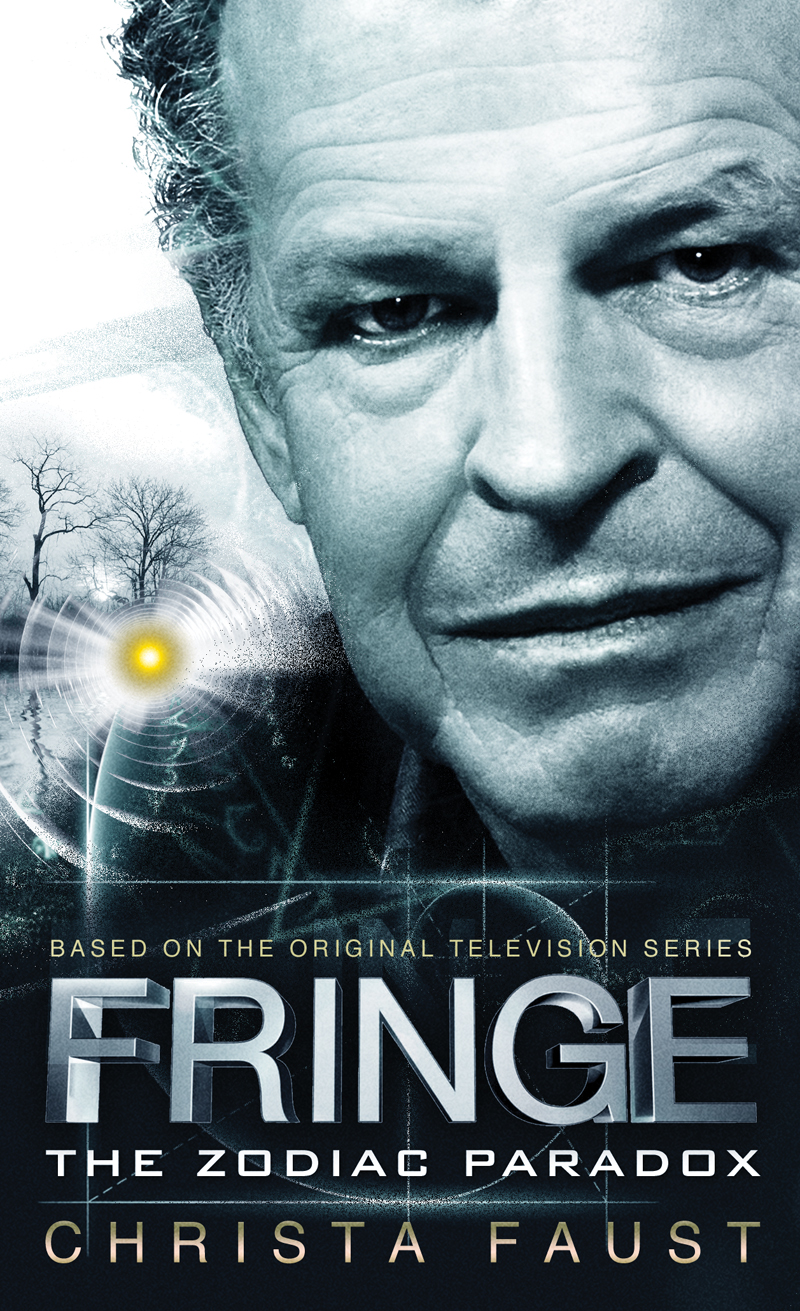 Cut to 1974. Allan has learned the ways of our world pretty well and made his way to San Francisco, where he has instigated a new reign of terror as the famous Zodiac Killer. Oh, and of course the Zodiac Killer has inexplicable radioactive superpowers, because this is ‘Fringe’ after all. In town for a science conference, Bell and Bishop get tangled up in the case and quickly realize that they’re responsible for bringing this terror to our world. For assistance, they team up with Bell’s sort-of girlfriend, the comely yet super-brainy college student Nina Sharp, who helps them formulate a plan to track down the Zodiac and send him back where he came from. But will their efforts be stymied by government interests that want to capture the Zodiac and exploit his powers for top secret weapons research?

Make no mistake, ‘Fringe: The Zodiac Paradox’ is not great literature with a complex narrative or rich philosophical themes. It is what it is, which is a cash-grab tie-in book based on a somewhat popular TV series. I doubt that anyone, including author Faust, ever held any illusions of it being more than that. The book reads like a reasonably decent episode of the TV show. Faust does a pretty good job of capturing the voices and personality quirks of the characters we know so well (though it strikes me that Walter probably shouldn’t be this scatterbrained before he had pieces of his brain removed). She also fills the pages with fan-service references. Walter’s favorite band Violet Sedan Chair plays an important part in the plot. The LSD blend is an early formulation of what will later become Cortexiphan. Even the Observers make a brief appearance, just to put them in there. Plenty more winks and nods to the series abound. Depending on your attitude toward such things, this can either be fun or obnoxious.

On a sour note, I find it a little distasteful to exploit a real-life tragedy like the Zodiac murders for the purposes of a shallow fantasy story like this, especially when some people connected to the case (including the victims’ families) may still be alive. (Hell, for all we know the real Zodiac Killer could still be alive in hiding today.)

In a more nit-picky complaint, the book is distractingly littered with typos, such as a persistent misuse of “alright” (which is not actually a word, unless you’re Pete Townshend) instead of the proper “all right.” Any copy editor worth his or her salt should have caught and fixed problems like this. As it is, the book feels sloppy.

Regardless, ‘The Zodiac Paradox’ is a very quick read that fans of the show may find diverting enough. For an asking price less than $10, it’s not too much of a risk.

Faust’s second book in this trilogy, called ‘The Burning Man’ (about young Olivia) will be published in July, followed by ‘Sins of the Father’ (about Peter) by the end of the year.

[Buy from Amazon: Paperback or Kindle]