A confluence of recent events, some of them coincidental, have put David Lynch on my mind. The latest of these was the release of his new music video (yes, a music video), of which the least I can say is that it’s appropriately titled. All of this just brings back my ambivalent feelings about the career arc of a man who was once my favorite filmmaker.

There was a time – actually, quite a long time – where I was a rabid David Lynch fan. I’ve mentioned enough in this blog that, despite its reputation as a notorious flop, the director’s sci-fi epic ‘Dune‘ is still my favorite movie. (You can click on over to my review if you need to read my defense of that film.) Beyond that were also his masterpiece ‘Blue Velvet‘ and his seminal TV series ‘Twin Peaks’. Even when I didn’t like something Lynch had made (I have mixed feelings about ‘Wild at Heart’, and his sit-com ‘On the Air’ was kind of a dud), I still always managed to find something interesting in the work.

By any rational measure, ‘Mulholland Drive’, released in 2001, was Lynch’s last great film. He even scored a second Oscar nomination for it. While I liked the movie a lot, it also struck me as being largely derivative of his earlier ‘Lost Highway’. The ending of ‘Mulholland Drive’ felt as if, in his desperation to cobble his failed TV pilot into a feature film, the director had reached into his old bag of tricks to throw something together. That left a sour taste in my mouth, but I still managed to find much to appreciate about the movie.

Unfortunately, Lynch went off the rails not long after that. Rather than focus on another feature, he instead began wasting time putzing around on his personal web site and getting lost in his own head. During this time, he made a lot of terrible short films and web series. He also forsook 35mm photography for cruddy-quality DV. The culmination of this time was the disastrous three-hour ‘Inland Empire’ in 2008. The shockingly-inept movie played like a high-schooler’s parody of what a David Lynch film should be. The utter failure of ‘Inland Empire’ seemed to signal the end of a once-great artist.

After that, I largely tried to put the downfall of David Lynch out of my mind. Revisiting ‘Blue Velvet’ on Blu-ray late last year reminded me of the better days, when I still considered him a genius. However, while cleaning my home theater room a few weeks ago, I found a DVD that I didn’t even realize I owned – something called ‘Room to Dream: David Lynch and the Independent Filmmaker’. I have no memory of purchasing or obtaining this disc. I had never even broken the seal on the cardboard sleeve. 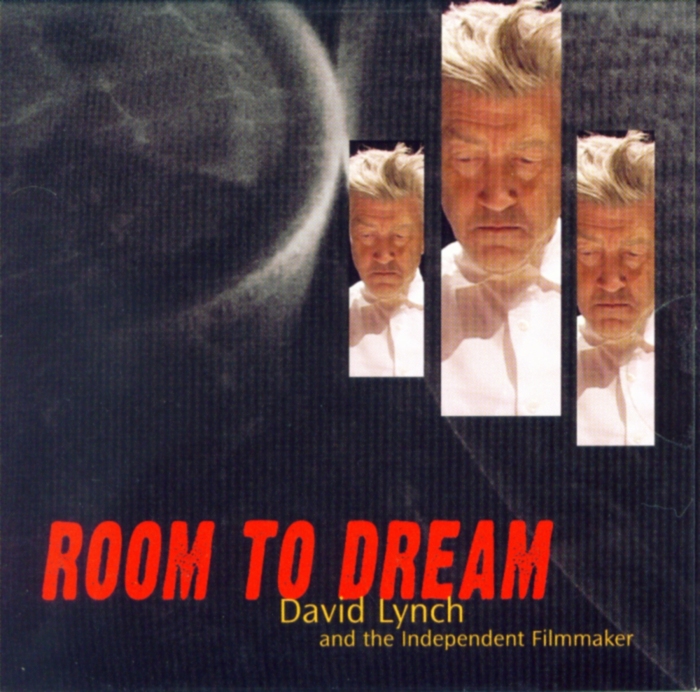 The disc appears to be a promotional item put out by Avid Technology, Inc., makers of digital editing equipment widely used by the filmmaking community. The copyright date on the sleeve says 2005. The centerpiece of the content is a 20-minute interview, described as “a glimpse into the creative mind of David Lynch.” In it, the director talks a bit about his personal and career history, and then spends a lot of time proclaiming his newfound love for shooting on handheld DV. We see some behind-the-scenes footage of a scene he was shooting at the time, where Lynch is surrounded by a crew of what seem to be college interns.

This is followed by a six-minute presentation of that scene, in awful-quality 4:3 letterbox video. Three people sit in lawn chairs, yell at each other for no reason, and then start singing. The scene is embarrassingly amateurish, with porn-level acting. Lynch’s treasured DV photography looks like a bad home movie. Watching this just reminded me of Lynch’s fall from grace, and made me really depressed.

(Other contents of the DVD amount to a straight-up informercial for Avid, hosted by some douchebag who claims to be an indie filmmaker but who is clearly a paid actor.)

Seemingly timed specifically to pull me out of my funk, Universal recently announced the release of several of Lynch’s earlier films on Blu-ray in the UK: ‘Eraserhead’, ‘Dune’, Blue Velvet’, ‘Wild at Heart’, ‘Twin Peaks: Fire Walk With Me’ and ‘Lost Highway’. I had initially planned to import all of these except ‘Blue Velvet’, which I already have the domestic edition for. (Also, the UK disc will not include the movie’s deleted scenes.) But then Universal went and bundled them together into this very handsome box, which I can’t resist. 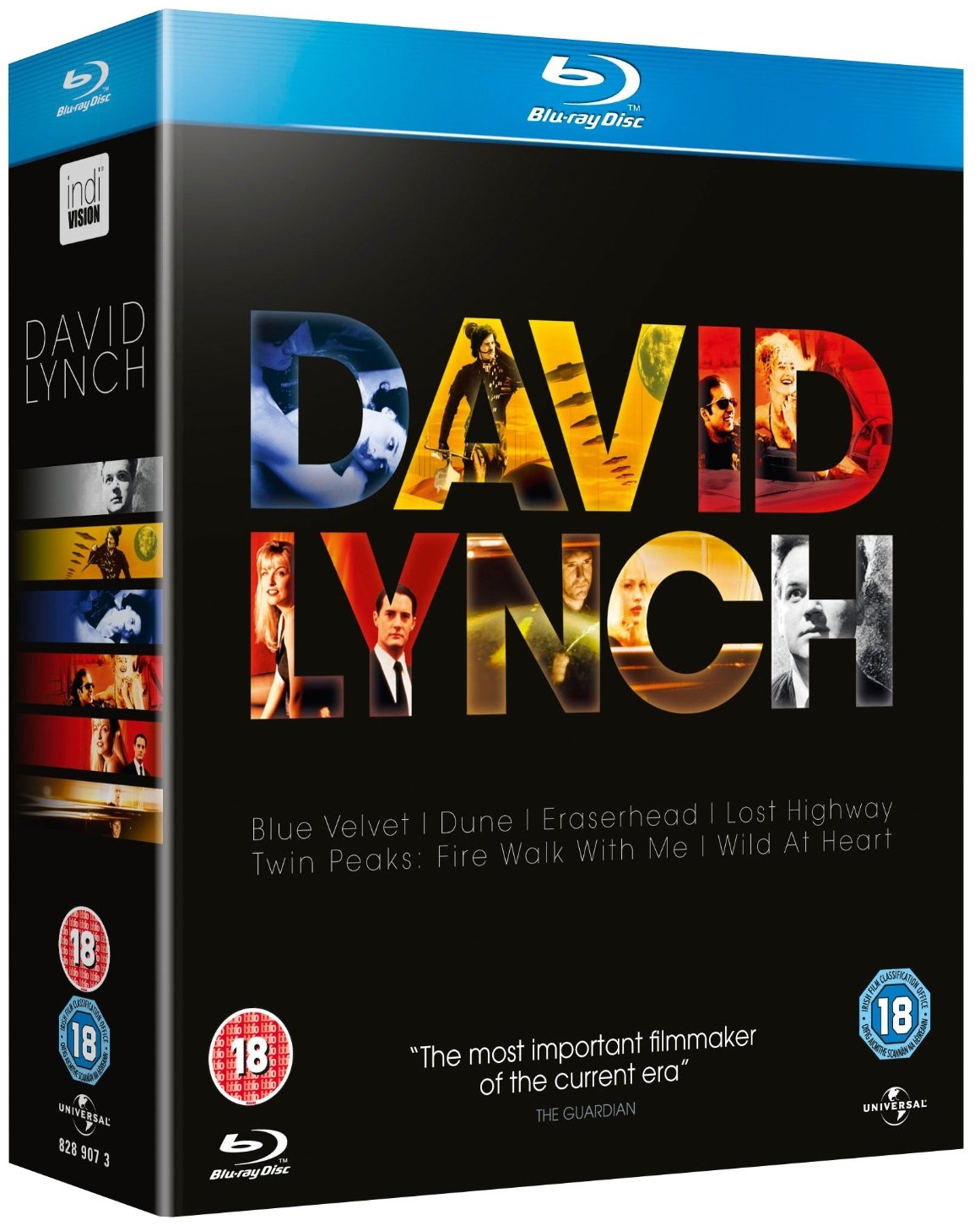 The UK Blu-rays are scheduled for release on June 4th, and can be ordered from Amazon UK. While region-coding details have not yet been clarified, Universal’s Blu-rays are usually region-free. (In any case, I have a region-free player.)

So, all of that brings us to Lynch’s brand new, 7-minute music video, called “Crazy Clown Time.” It’s… well, you can watch it for yourself. Be warned that this is not safe for work.

I… actually don’t think I hate it. Maybe? I’m honestly not sure. I mean, I don’t even know what to say about this. I’m sure that anyone coming at the video fresh without a background in David Lynch would probably think that it’s utterly bonkers. And even those who are, or have been, Lynch fans may consider this to fall into that realm of bad self-parody. Lynch’s singing is indisputably awful. There’s no way around that. But, even so, parts of this remind me a lot of ‘Industrial Symphony’ and the famous “Pink Room” scene in ‘Fire Walk With Me’. It’s kind of hypnotic. Maybe it’s terrible. Maybe it’s the best thing he’s made in years. I have no idea how to process this. Ultimately, that may be a good thing. At least I’m trying to process it, which is more effort than I gave the entire three hours of ‘Inland Empire’.