In the span of barely over one year from May 1980 to August 1981, Lawrence Kasdan saw his first two produced screenplays, for The Empire Strikes Back and Raiders of the Lost Ark, become huge, iconic hits, and his own directorial debut, the steamy neo-noir Body Heat, also find acclaim and box office success. The former advertising copywriter could hardly have scripted a better whirlwind debut in Hollywood.

The hardboiled thrillers of author James M. Cain, as well as some of the movies sprung from them, are often cited as influences on Body Heat. Kasdan’s vision for his directorial debut was very clear; he wanted to make a classic film noir in the tradition of Double Indemnity or The Postman Always Rings Twice, sexed up for the 1980s with all the nudity and other explicit content that could never have gotten past the censor board back in the Production Code era.

Set during a sweltering Florida summer heat wave, William Hurt stars as Ned Racine, a seedy small town attorney who makes a modest living keeping local lowlifes and scumbags out of jail. A consummate horndog, Ned spends most of his time outside of court sleeping around with almost any woman of suitable age and attractiveness, or at least trying to. When he stumbles upon a sultry sexpot from a neighboring, wealthier community out slumming while her husband is away, he’s instantly infatuated. Matty Walker (Kathleen Turner) is clearly of a higher echelon than the waitresses and meter maids he usually fools around with. Nevertheless, his moves work on her, and they begin a torrid affair.

Ned isn’t much bothered by the fact that Matty is married. She says that she wants to run off and be with him, but there’s just one problem: If she divorces her husband (Richard Crenna), their pre-nup will leave her with nothing. If the husband should happen to die, on the other hand… well, that would give them a nice little nest egg to start their new lives together. 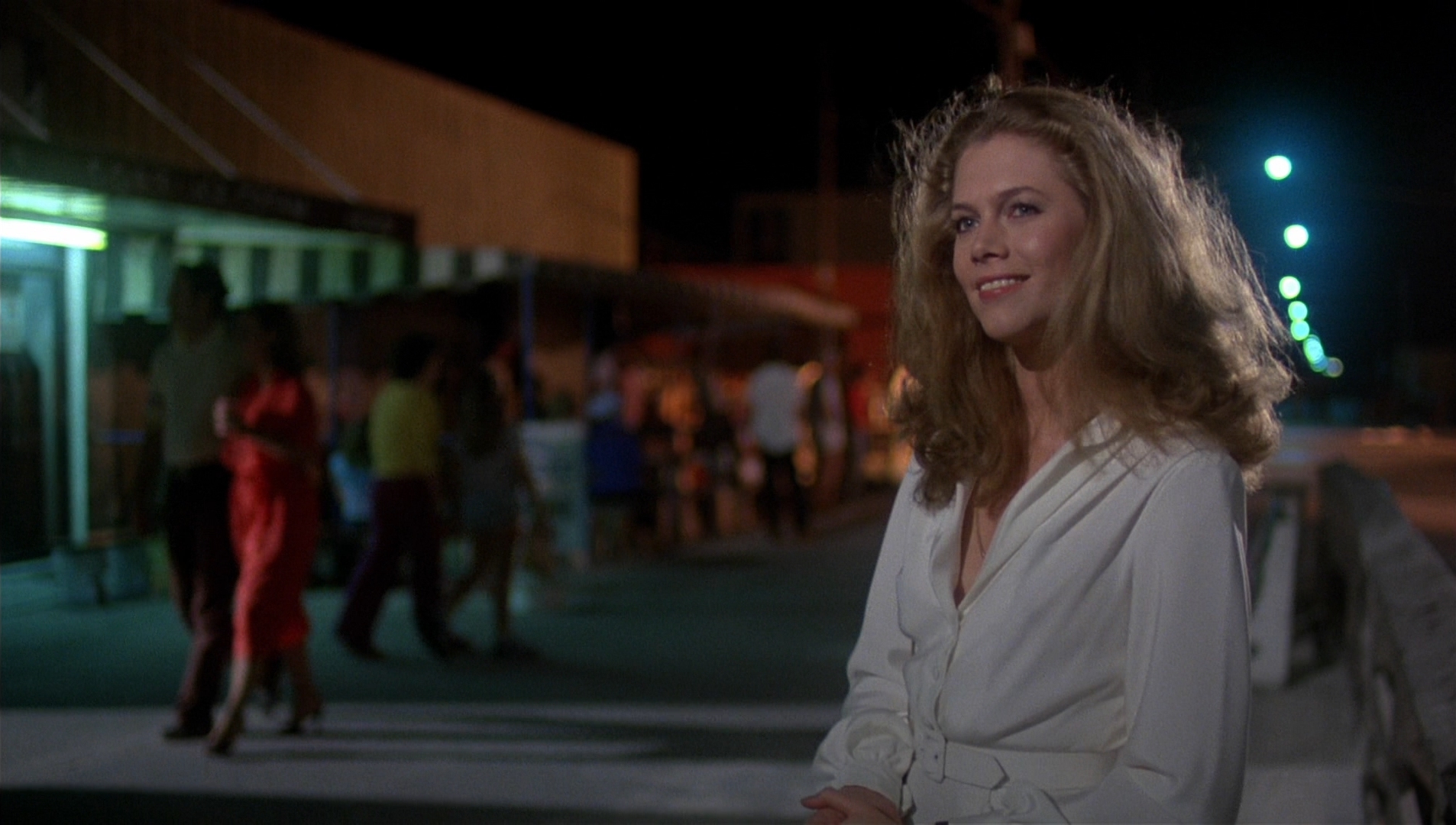 The noir genre formula dictates that the hopeless sap must get embroiled in a very ill-considered scheme involving murder and double-crosses. Body Heat follows that template closely, yet without ever feeling redundant or stale. In only his third feature, William Hurt hits the right note of sleazy charm. His character treads the line between sympathetic and unsympathetic, neither as smart as he hopes to be nor as dumb as his seducer thinks he is. Kathleen Turner, meanwhile, smolders brilliantly as the femme fatale. She’s gorgeous and alluring, with ample power to wrap a man around her finger. Body Heat was Turner’s first big breakout role, having only previously acted on the TV soap The Doctors (a part she hated), and she absolutely makes the most of it, leaving no doubt that she was meant to be a star.

Also right on the cusp of fame are Ted Danson (who’d been on The Doctors with Turner!) as Ned’s best bud, the town’s smarmy and equally lecherous prosecutor, and a very young Mickey Rourke as an ex-con who owes Ned a favor. These two would both start to become household names the following year, with Cheers and Diner, respectively. 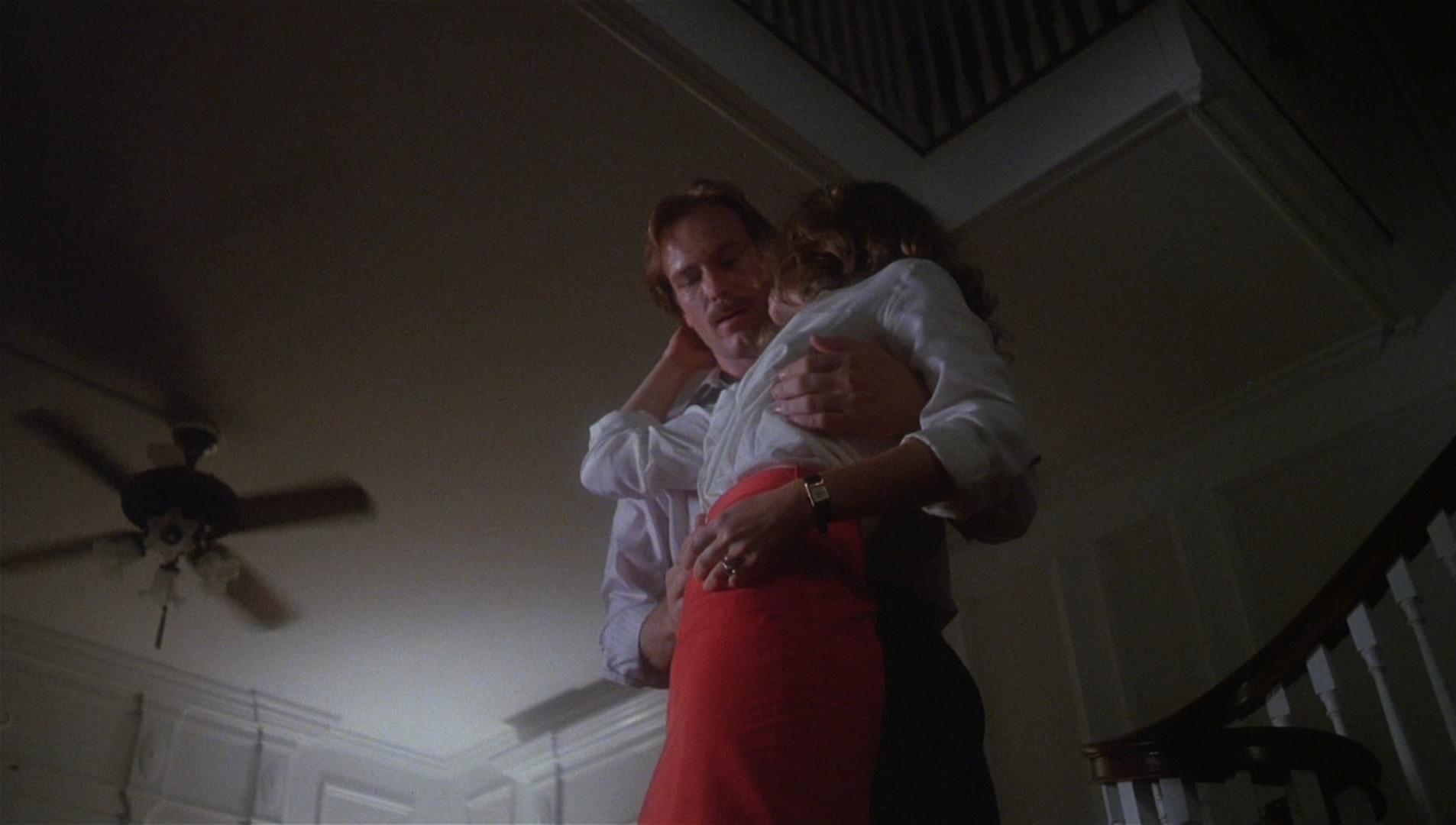 Body Heat is in considerable need of a revisit on Blu-ray. Released in 2008, the existing disc from Warner Bros. sports a very dated video transfer that’s quite soft and grainy, with elevated black levels, flat contrast, and dull colors. While the photography by Richard Kline (Soylent Green, Star Trek: The Motion Picture) is often hazy on purpose to evoke the oppressively hot weather, I have no doubt at all that a lot more could be gotten from it with a fresh film scan of better elements. The VC-1 compression also breaks down into artifacts during foggy scenes near the end.

The original 1.85:1 aspect ratio has been opened up almost to full-screen 16:9, except that the image actually measures 1.76:1 due to tiny pillarbox bars on the sides, the presence of which are frankly perplexing.

Although I wouldn’t call it unwatchable, the Blu-ray is far from satisfying. After I’d finished watching, I immediately put in a few minutes each of Dressed to Kill and Body Double to remind myself what movies from this era with similar photographic style should look like. Needless to say, they were both treated much better than this. 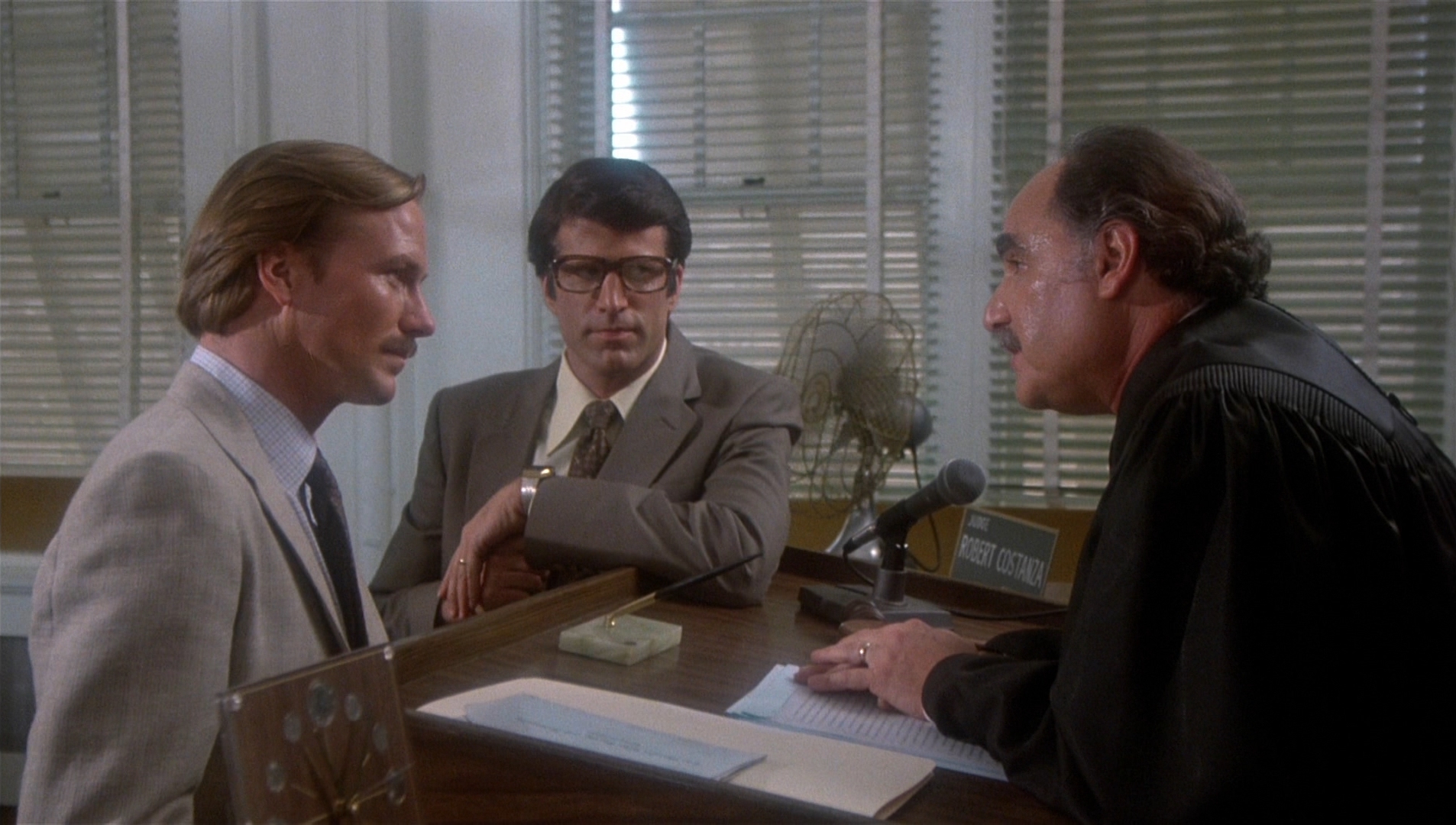 The Blu-ray does not offer the movie’s original mono sound mix, only a 5.1 remix that’s still heavily front-focused with only a very small amount of music bleed to the surround channels. Even though the disc has a lossless Dolby TrueHD track, it defaults to playback in lossy Dolby Digital. This is even more frustrating considering that the disc auto-plays the movie in that format with no main menu, forcing you to switch audio tracks on the fly after the film has started. John Barry’s jazzy score sounds decent enough, but the soundtrack’s volume is set very low, requiring lots of amplification, and even then has limited dynamic range and dull tonalities.

Extras include a 43-minute documentary split into three featurettes, 12 minutes of vintage interviews with Kathleen Turner and William Hurt, a handful of inconsequential deleted scenes, and a sexy trailer that has neither dialogue nor music, just the sound of wind chimes and what I think are supposed to be match-strikes but sound more like gunshots.

At least the disc is inexpensive. Failing better options, it’ll have to do for now. 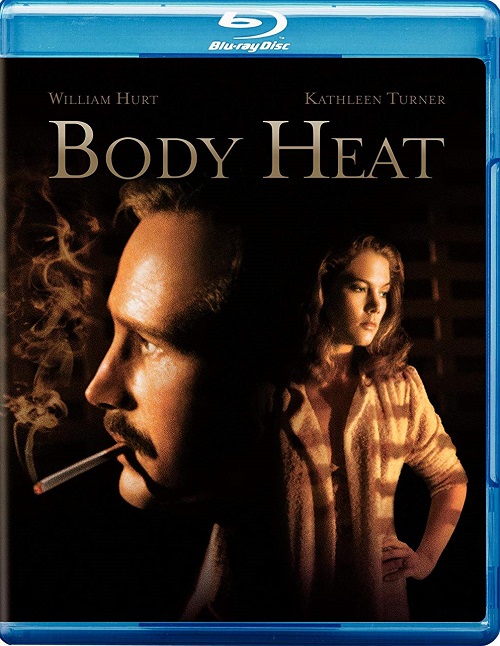