From the kiddie gangster spoof Bugsy Malone to the school musical Fame to the acid trip extravagance of Pink Floyd: The Wall, British director Alan Parker had one of the most eclectic careers in filmmaking. His sleazy horror thriller Angel Heart may not have been much of a success in 1987, but thanks to one notorious scene and a memorable twist ending, it has endured as an influential cult property.

Set in the grimy underbelly of 1955 New York City, Mickey Rourke stars as a seedy P.I. named Harold Angel. Accustomed to working small-time infidelity or blackmail cases, Harry is hired by a wealthy, mysterious stranger named Louis Cyphre (Robert De Niro) to track down Johnny Liebling, a.k.a. Johnny Favorite, a once-popular singer who reneged on a debt and disappeared a dozen years earlier. The job is a little beyond the scope of Harry’s expertise, but he’s happy to collect the generous paychecks that Cyphre offers. If it gets him out of the city for a little while, all the better.

The search leads Harry down to New Orleans, where he discovers that Johnny Favorite may have been entangled with a voodoo and/or Devil worshipping cult. Although he doesn’t believe in magic or the occult himself, Harry becomes infatuated with a beautiful, young mixed-race woman named Epiphany Proudfoot (Lisa Bonet) with ties to the cult and to Johnny. The closer he gets to her and the deeper he digs into the case, disturbing revelations shake Harry to the core of his being and make him question everything he knows, not just about his client, but about his own sanity. 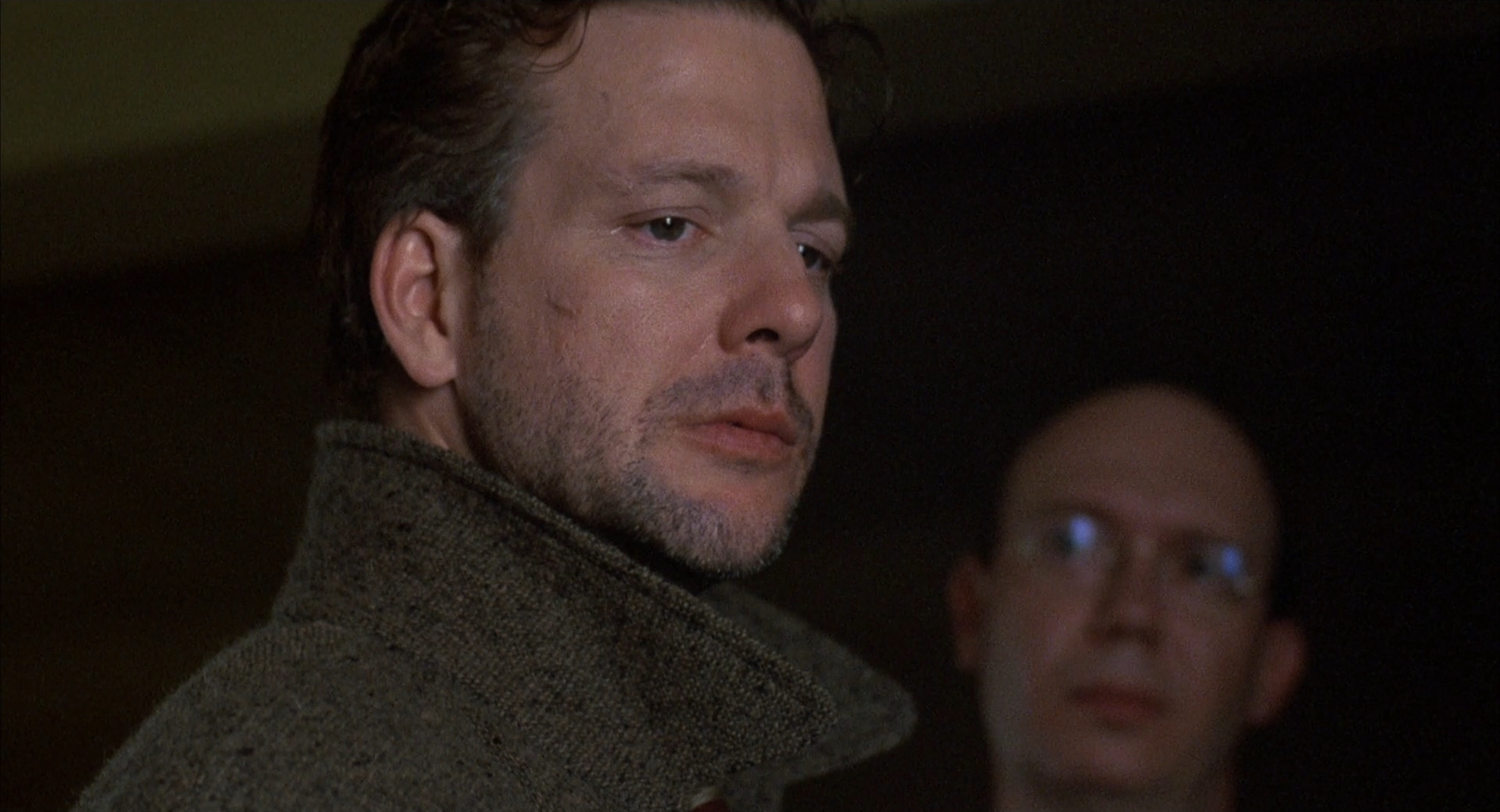 Technically, Angel Heart has two big plot twists, neither of them too difficult to figure out while watching, even during a first-time viewing. Even Harry comments on how obvious one of them should have been to him. Less important than the details of the plot is the atmosphere that Parker creates and lets his characters wallow in. The film is a very greasy, sweaty, sticky experience. It oozes style in an almost literal sense, and its textures are remarkably palpable. The deep shadows that cloak nearly every scene offer no respite from the oppressive heat that presses down onto everyone on screen.

Bonet, who was 18 at the time of filming, had just left The Cosby Show and wanted to prove herself as an adult actress before starting the spinoff A Different World. Not only does she do quite a bit of nudity here, the movie’s centerpiece sex scene still holds up as shocking, violent, and disturbing, even in the final version trimmed down to secure an R rating. Bill Cosby was reportedly very critical of the film, but of course his comments can only be seen as extremely hypocritical now. 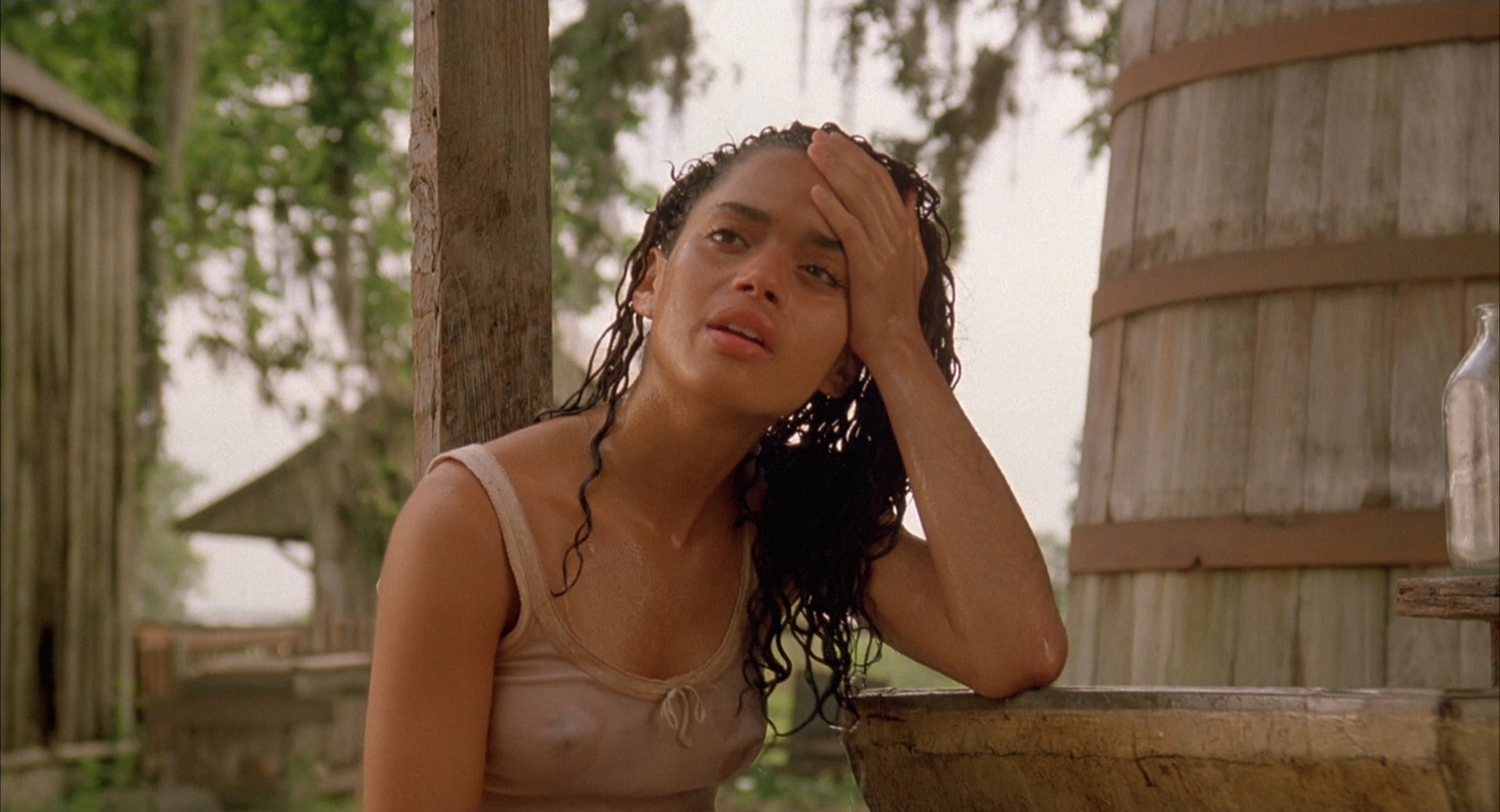 Rourke is well cast in the lead. Although still in the handsome dreamboat phase of his career, he plays a dirtbag well and grows increasingly disheveled as the story goes on. Another actor might have struggled to sell the transition to the histrionics at the end, but he pulls it off.

However, framing the story as a white man’s journey into the dark and Satanic world of a black subculture is problematic on many levels. The film isn’t exactly sensitive in its racial politics. (This problem also afflicts some of Parker’s other work to varying degrees, including Midnight Express and Mississippi Burning.) Even though the true villains of the piece are white, the black characters aside from Epiphany are largely faceless and disposable, and all of them, including Epiphany, are treated as objects of exoticism for the white hero (and white audience) to gawk at. That may not have been the filmmaker’s intention, but it was called out by many critics at the time and is very hard to overlook today.

Flawed though it may be, Angel Heart is nevertheless a creepy and at times very suspenseful horror film that manages to get under your skin with a pervasive feeling of dread that’s hard to shake afterwards. 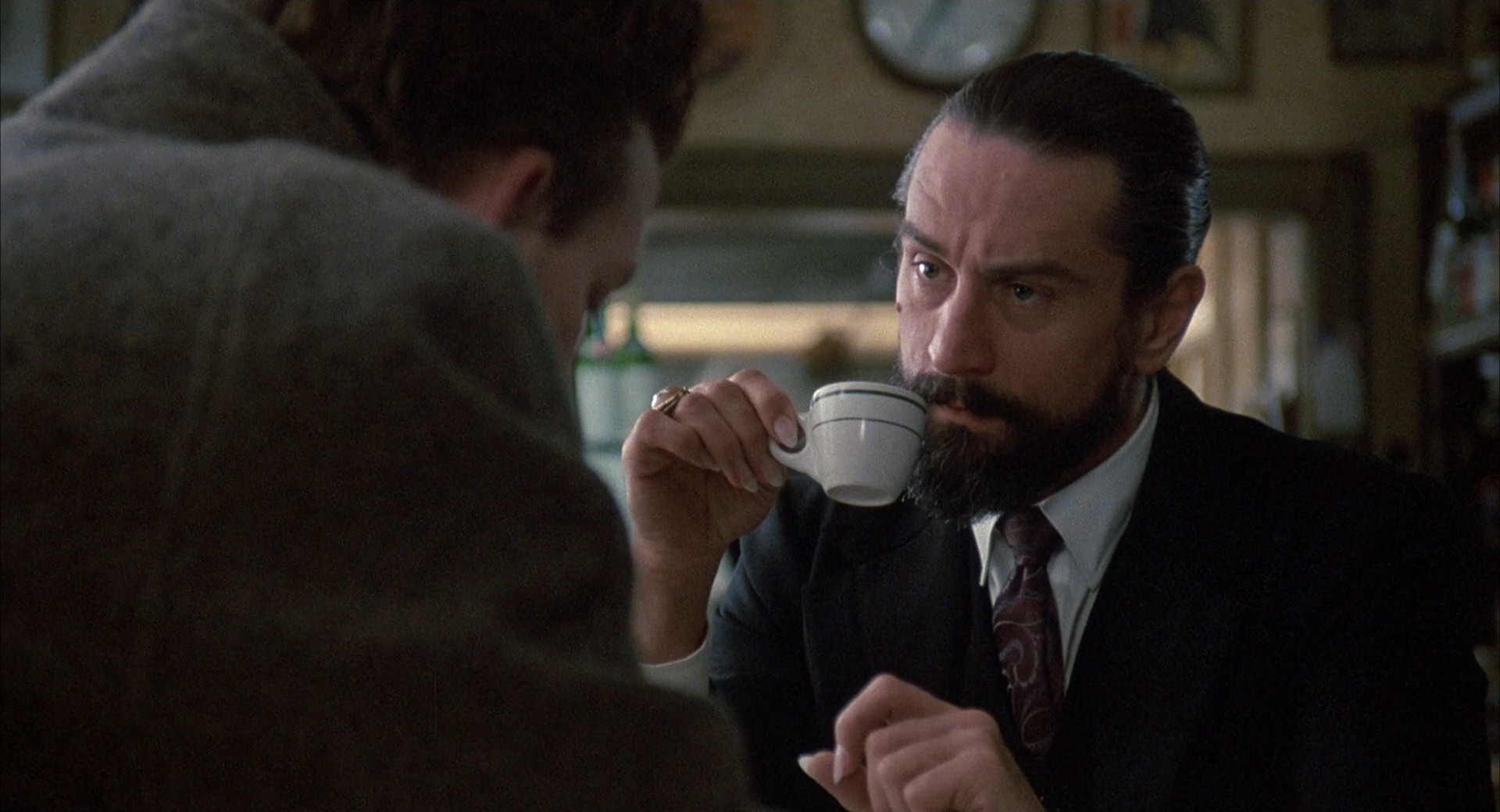 Issued with little fanfare in late 2009 as a budget catalog release (I bought a copy at Costco in early 2010 for all of $7.99), sporting some very generic and ugly Photoshop cover art, the Blu-ray edition of Angel Heart from Lionsgate turns out to be a more-than-decent copy of the film. I sat down to watch the disc with low expectations, fully prepared to find an old video transfer and weak sound. Surprisingly, it actually looks and sounds very good. The mildly letterboxed 1.85:1 image is fairly sharp with a light and appropriate texture of grain. The cinematography by Michael Seresin (Harry Potter and the Prisoner of Azkaban) makes striking use of almost impenetrable shadows pierced by carefully sculpted shafts of light. Blacks are inky and rich while the illuminated portions of the frame are well exposed. The movie mostly has a muted palette of browns and grays, which makes the occasional appearance of other colors (especially the vivid red of blood) pop dramatically.

The DTS-HD Master Audio 5.1 soundtrack brings out the best in Trevor Jones’ jazzy score. The music is reproduced with excellent fidelity. Bass may not slam into the deepest registers, but the soundtrack can get quite loud and dynamic in parts. Quieter passages, meanwhile, generate atmosphere with subtle, creepy sounds in the surround channels.

All of the bonus features first appeared on a Special Edition DVD from 2004. They include a video introduction by Alan Parker, a director’s commentary, a selected scenes commentary by Mickey Rourke, interviews with both Parker and Rourke, and a trailer.

Even the disc’s animated menus are pretty cool. 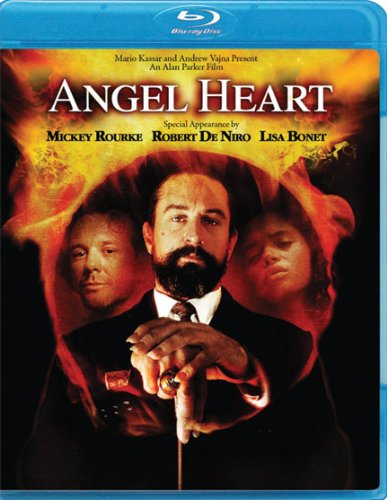