First off, the good. Disney/Pixar’s ‘Toy Story 3,’ perhaps the most thematically and emotionally complex entry in the famed ‘Toy Story’ franchise, made a whole bunch of stinkin’ money and took the top spot. How much stinkin’ money, you ask? Well, $109 million. That makes it the biggest Pixar opening weekend ever. The previous Pixar record holder was Brad Bird’s ‘The Incredibles,’ which bowed in 2004 to the tune of $70.5 million. Of course, it should be taken into consideration that with the 3-D price hike, another $18 million can be tacked on for every $100 million the movie makes. Still, this was a great opening by anybody’s estimation. It was the third biggest opening weekend of the year behind Tim Burton’s ‘Alice in Wonderland’ and ‘Iron Man 2.’ What’s nice is that it’s an actual, you know, quality movie, and deserves every penny it makes. From what I’ve been hearing from “everyday” folks, they’re loving it. 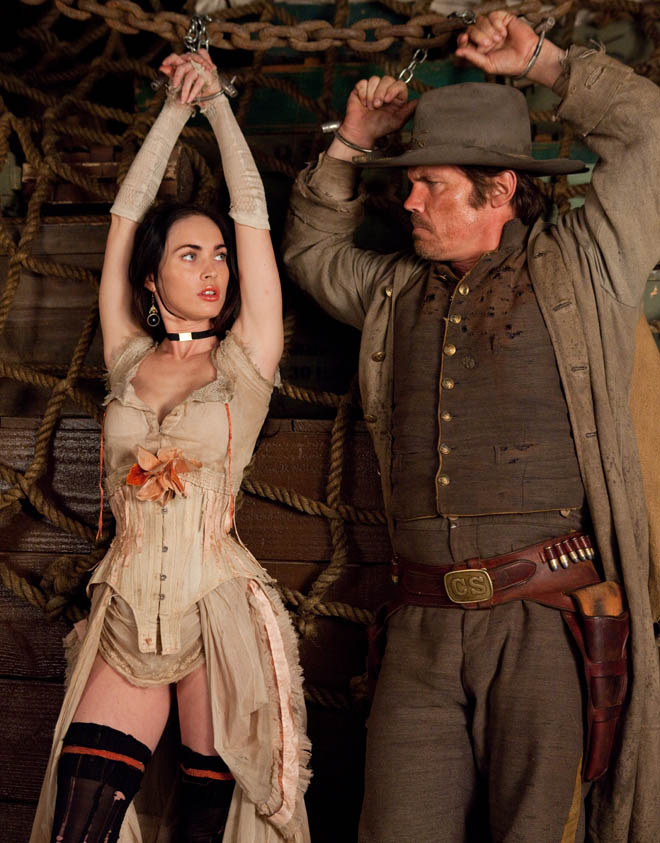 Now, on to the bad. Specifically, Warner Bros.’ borderline unreleasable supernatural western ‘Jonah Hex.’ The doomed DC Comics adaptation, which saw numerous behind-the-scenes difficulties, came in at EIGHTH place. That’s #8. With a bullet. While the movie really, truly sucks, a part of me still figured that some people out there would want to see a disfigured Josh Brolin wreak bloody (but not too bloody – it’s PG-13 after all) havoc. But nope. No way. With just $5 million, this thing should be out on DVD next week. That’s kind of a shame. If you squint your eyes just right and use your imagination, you can see the movie ‘Jonah Hex’ could have been. Should I start my online petition for a director’s cut now?

The rest of the Top 10 looks a lot like last week.

The surprisingly strong ‘Karate Kid‘ remake hung tough with another $29 million dollars, to come in at #2. It’s already passed the $100 million mark. Sony is already actively developing a sequel. Last week’s other big release, ‘The A-Team,’ dropped less than 50%, which is pretty good considering the critical response and what I can assume was less-than-enthusiastic word-of-mouth. The macho action movie may have benefited from a Father’s Day bump, making another $13.7 million for the third spot. Besides that, there’s not much else to report. ‘Sex and the City 2‘ fell out of the Top 10, probably because the Top 10 didn’t match its shoes. ‘Iron Man 2‘ came in at #9 and has finally made its way to $300 million.

As for next week, the studio is predicting dire things for the Tom Cruise/Cameron Diaz spy flick ‘Knight and Day.’ I saw it last week and liked it quite a bit. My review is forthcoming, but I really think audiences are going to have fun with this gonzo action romp. Plus, there has got to be some section of the population not wildly excited about next week’s release of the Adam Sandler comedy ‘Grown Ups,’ which feels like one of the movies his character from ‘Funny People‘ would have starred in.