Last week, I promised to give away three Blu-ray copies of the wild snowboarding documentary ‘The Art of Flight‘. The time has come to announce the winners. Let’s give away some discs, shall we?

As explained in the contest rules, the challenge was to come up with a clever or funny caption for the following photo. (Click to enlarge.) 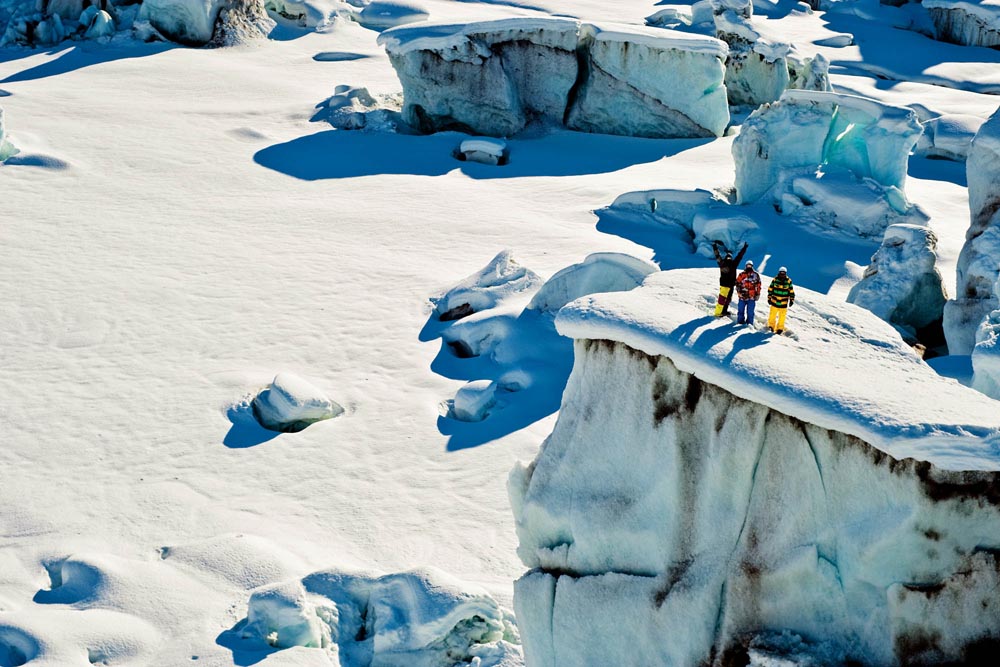 Here were some of the entries I liked:

As the wolfpack awoke the next morning, they had no idea of where they were or how they got there ……..

I suspect that there may be a double meaning to this one from Bryan A.:

When I bite into a York Peppermint patty, I get the cool sensation of… HOLY CRAP WE ARE HIGH!!!!!!!

We got a couple of “YMCA” jokes. Edwin got in first with this one:

“The team’s efforts for a snowbound YMCA fell a letter short.”

The following three people have each won one copy of ‘The Art of Flight’ on Blu-ray.

Nicely done. You win too, John. You understand our sense of humor around here.

I’m giving a copy of the disc to Vince, because I suspect that the following entry may in fact be the most factually accurate description of the events in the photo:

“And suddenly the pristine mountain air began to reek of Red Bull and weed.”

Phillip recognized this as the perfect opportunity for a ‘Better Off Dead’ reference, and I agree.

Can you believe it? This is pure snow. Do you have any idea the street value of this mountain?

Congratulations to our winners, and thanks to everyone else for participating. If you didn’t win this contest, you’ll get another chance to try again very shortly.