It’s been too long since we’ve had a contest around here. Let’s rectify that problem by giving away a pretty swell prize. FX’s ‘The Americans: The Complete First Season‘ was one of last year’s best new TV shows. The Blu-ray box set hits stores today, February 11th, but you can win a free copy from us if you can crack a good joke. That doesn’t sound too hard, does it?

Set in the early 1980s, ‘The Americans’ stars Keri Russell and Matthew Rhys as a pair of Soviet deep cover spies posing as an average American married couple. As Cold War tensions simmer around them, our antiheroes find their loyalties tested and their manufactured relationship strained. The series is dramatic and suspenseful, and filled with fun retro details of 1980s spycraft such as dead drops, hidden safes and elaborate disguises.

To win a copy of the box set, all you have to do is participate in our photo caption contest by giving us a funny or clever caption for the following image. Click to enlarge: 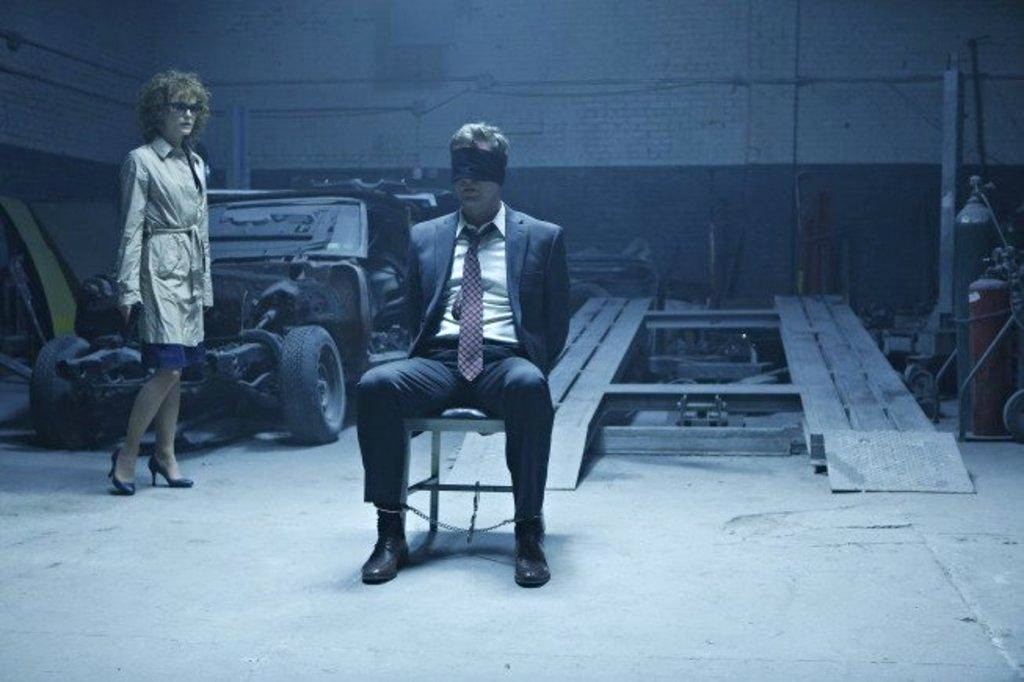 For example: “Darling, I appreciate that you want to spice up our marriage, but I’ve forgotten the safe word!”

We have one copy of the box set to give away. The winner will be chosen at our own subjective discretion based on whichever responses we enjoy the most. Entries are limited to 10 per person. That should give you plenty of opportunity to craft a good submission, but will also help us to avoid any potential appearance of awarding prizes based on volume rather than quality. (Please heed this limit. You will be taken out of consideration if you submit more than 10 entries.) All entries must be submitted in the Comments section of this blog post. Please do not attempt to email them to me.

The deadline for entry is Friday, February 14th. The winners will be announced the following week. Good luck!