Is it just me, or is it starting to feel weird having to tune in to something chosen for you?

About a year ago, I quit my day job to write full time, and I had to make a few financial concessions during the adjustment.  I had to keep my internet and my computer, but one of the things I cut back on was cable.  I cancelled my cable television subscription and survived on what programming I could get online.

As it turns o 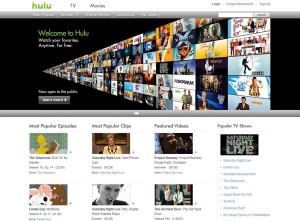 ut, almost everything I watched was available online through legitimate means.  Hulu was a great source, and the lack of high definition wasn’t as noticeable on my 22″ monitor.  Netflix, which I was already subscribed to, made up for the movies I was missing, and I got a chance to check out some older shows – like ‘Dr. Who,’ the first few seasons of ‘Weeds,’ and Carl Sagan’s ‘Cosmos’ – that I hadn’t seen before.

The finances evened out, I got myself a nice new apartment and with it, cable television.  It’s great having high definition television back, don’t get me wrong.  There’s a huge difference between watching TV shows on my computer and watching them on my actual TV.  Comfort, for one.  Video and audio quality too.

But watching cable is starting to seem strange to me.  I can’t jump to whatever program I want whenever I want.  I have to either get there when it’s time to watch it or record it.  There’s a lot of pre-planning that goes on.

The DVR is an obvious solution to this, but it’s only a solution if I know what I want to watch in advance.  If a new show comes on and I didn’t hear about it until the second or third episode, all I can do is wait for the network to show them again.  On Demand options exist, of course, but for most things, it’s not in HD.

I find it odd that my only real option for HD programming is to sit down and select one of the feeds available.  There’s a guy, or more likely a group of guys and gals, that has looked at the shows available and decided in what order I should watch them.   I then sit down and tune into the feed chosen for my demographic.

It’s a lot like radio.  It used to be the main source of entertainment for millions of Americans, but once television came around it got pushed back.  Then manufacturers started putting tape players in cars and people started listening to the radio.  MP3 players made it even easier to get the music you want to travel with you.  Now, with podcast versions of radio shows, you never have to turn on the radio again.  I used to tune in for ‘Prairie Home Companion’ and ‘Wait Wait… Don’t Tell Me’ on Saturdays, but now I listen to them in my own time. 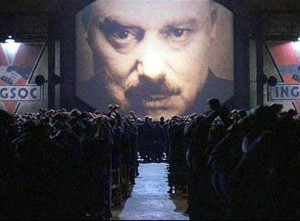 Obviously, this is not a startling revelation.  This is how television has been since its inception.  It doesn’t come as a surprise to anyone, really, but it does have a bit of an Orwellian feel to it, doesn’t it?

Overdramatic?  Certainly.  But it’s worth thinking about.  That all being said, whoever gives me a subscription based service that lets me grab HD television on demand first wins my monthly subscription fee.