This week’s videogame releases are of such quality that I wish Disney still made titles for the GameBoy Advance. Among other things, we’ve got next-gen panchinko, plus one of the oddest collectibles I’ve ever seen.

Note: Telltale keeps teasing a December launch for the first episode of ‘The Walking Dead – Season 2’, but the exact date remains elusive. Likewise, the Xbox One and 360 versions ‘Halo: Spartan Assault’ are due sometime this month.

I love the first ‘Peggle’. It’s a great, casual iPhone/PC game, but the follow-up ‘Peggle Nights’ was a lot less enjoyable (yet usually more expensive). Hopefully, ‘Peggle 2’ will reignite the original joy, but I’d prefer to play on my phone (at less than the $12 Xbox One price).

I don’t know anything about ‘Sorcery Saga: Curse of the Great Curry God‘, except that it’s for the Vita and has a Limited Edition which includes a “Kuu-rry” plate, spoon and bib. Those LE items are too crazy for me to have made them up. 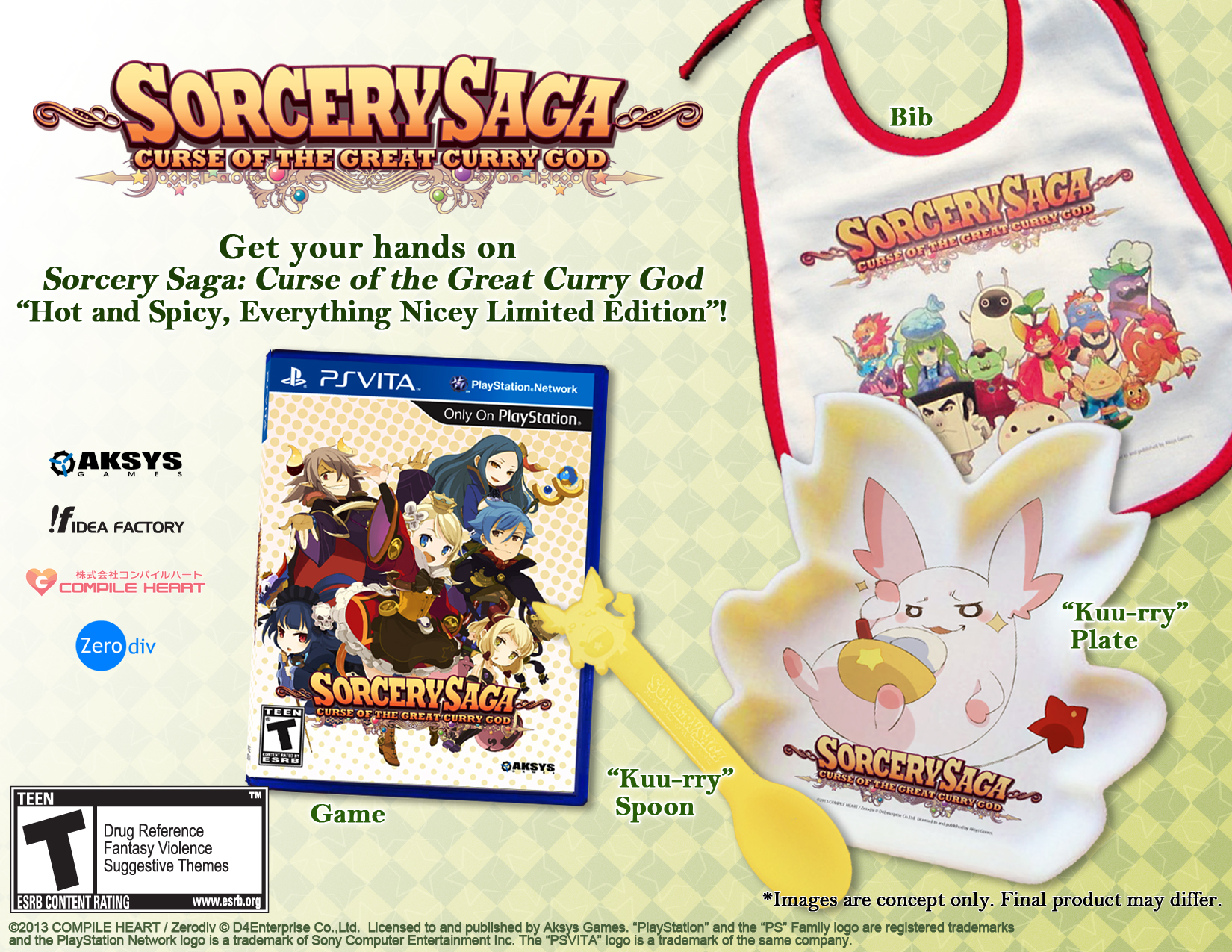 ‘The Novelist’ asks that you balance the requirements of fulfilling an artistic endeavor (writing a novel) and being a caring family man. This could be a touching (and possibly depressing) gem.

You know all the prestige, perks and leveling of modern First Person Shooters? Well ‘Rekoil’ skips all of that noise in favor of old-school multiplayer shooter dominance.