Last week the internet was abuzz yet again with the Twittering of angry gamers because Roger Ebert refused to categorize videogames as an art form.  But really, why does it matter?

I’m not going to come down on one side or another on the “Are games art?” debate.  Partially because that’s not what I want to talk about right now, but mostly because the torrent of comments that usually follows such a post is unbearable.  The art debate is the one place where Playstation, Microsoft, and Nintendo fanboys all agree, and the arguments never stray fa

r from whatever the prevailing media opinion is at the time.

What I do want to address is this strange obsession with the subject.  When I was a kid playing Mega Man 3, I never once concerned myself with debating the artistic merits of the game, I just enjoyed playing it.  I’m sure the rest of the young Nintendo fan base felt the same way.  We loved videogames and that was enough.

I still feel that way.  I play games on a regular basis, and I love doing it.  ‘Borderlands’ is still my game of choice, but I’ve been playing ‘Ticket to Ride,’ ‘Call of Duty: World at War,’ and ‘Puzzle Quest’ this week.  I also managed to squeeze in seven straight hours of ‘Tecmo Bowl Throwback’ with my friends this weekend.  I love playing videogames, and I don’t see why it has to be more complicated than that.

But the attitude has gotten defensive in recent years.  It’s almost as if the adult gaming population is ashamed of its hobby.  It’s as if gamers are under the impression that putting the label of art on ‘Gears of War’ will make the general public and mainstream media respect it more.

The mainstream media, and the majority of the population, has never understood videogames properly and probably never will.  But why is that such a bad thing?  Why does it matter that Roger Ebert doesn’t respect games?  Does ‘Portal’ become less amazing if people say it isn’t art?  And why is art something to aspire to anyway? What’s wrong with just games just being games? 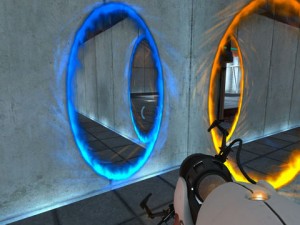 The people working on these games deserve recognition,” say those arguing the pro.  Sure they do, I’m not about to disagree with that.  The men and women that make these games are hard working and incredibly talented, and a few have gained a sort of celebrity status within gaming circles.

Peter Molyneux, for one, should be a household name to anyone who calls themselves a gamer.  So should Cliff “Cliffy B” Bleszinsky, Shigeru Miyamoto, Nobuo Uematsu, Koji Kondo, Will Wright and Sid Meier.  They’ve got fans around the globe, and they’re responsible for some of my favorite gaming memories.  They’re rock stars in our world, and isn’t that enough?