It’s one of those rare weeks where I really wish I owned a Nintendo Wii.  Sure, it’s not high definition, and there’s nearly no 3rd party support, but Wii owners get to play Mario games. 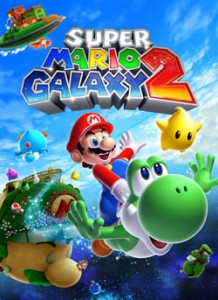 There’s just no getting around it: strictly from a gameplay perspective, Mario games are hard to top.  They’ve got that pure platforming experience, and a design that just makes you want to explore.  Mario games have old-school Disney-style whimsy, but still appeal to the hardcore.

‘Super Mario Galaxy 2’ is no different.  It’s getting rave reviews across the board. The general consensus is that ‘Galaxy 2’ expands wonderfully on the original.  Looks like it’s time for me to plop down $150 on a refurb.

It’s hard to tell with ‘Blur.’  The game is from Bizarre Creations, which is a definite plus if you’re a fan of ‘Project Gotham Racing.’ ‘Blur’ has all the standard things that make a racing game fun, like the ability to upgrade and purchase new cars, as well as some fierce online completion.

If you had a chance to play the Beta, you’ve probably got a good idea whether or not ‘Blur’ is the game for you.  Vehicular combat games to be very difficult to get right. For me, ‘Blur’ didn’t do that. 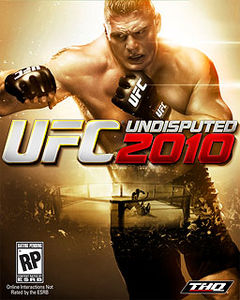 It may not seem immediately relevant, but I’m a huge wrestling game fan.  The problem is that there hasn’t been a great one – a really great one – since the WWE was known as the WWF.  When Yuke’s took over as a developer after ‘No Mercy,’ the focus went from grappling and strategy to punching, kicking and showmanship.

But the flair for a striking system makes Yuke’s a perfect choice for the UFC titles. They’ve proven their worth with ‘UFC Undisputed 2010.’  Early reviews are surprisingly high, and it looks like EA is going to have to come strong with ‘MMA’ if they want to compete.