Not that long ago, you could preorder a videogame and get a groovy action figure or other collectible item to go along with your purchase. Nowadays, if you’re into that sort of thing, those items are only available in bundled super-special editions that usually cost twice as much as the regular game, and come with all sorts of nonsense that you’ll look at once and throw out or recycle. (Or, in the case of ‘Dead Space 2’, you’ll spend a little extra and only get a tiny plastic replica plasma cutter. D’oh!) Now, some games even withhold playable content if you buy a used copy or don’t buy from the right retailer. When does this cycle end?

At some point, retailers decided that giving you a gift card or credit towards something in their store would suffice. I’ll admit that I always look around to see which store will give me the greatest reward if I go to a midnight release or order online. Amazon.com has been pretty consistent about giving a $20 credit towards a future videogame purchase. 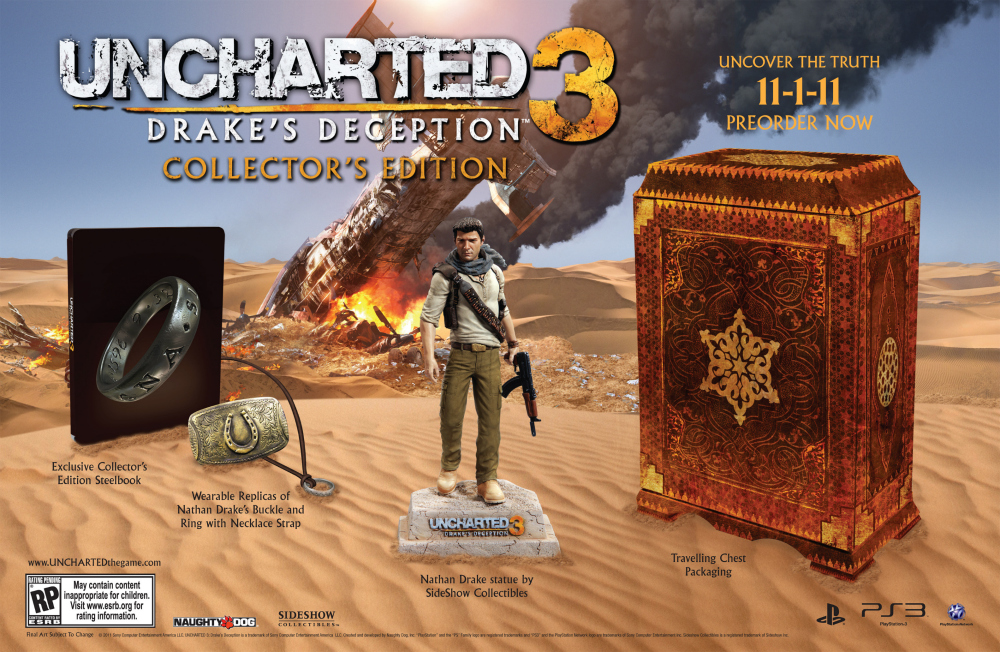 Slightly overlapping these gift cards and credits are the in-game goodies that the game makers throw in. You’ll get a fancy helmet or golden gun that you can use in multiplayer battles. This isn’t too different than what happened when those folks who bought the first Xbox 360s were allowed to play in ‘Halo 2’ matches as Elites. Consequently, these dorks were singled out and hunted down. In my experience, the same pretty much goes for the guy with the flaming helmet or golden shotgun.

Since GameStop makes a gazillion dollars a month reselling used videogames at exorbitant prices, the game-making studios want to incentivize you to buy the games new. That’s totally understandable, but the way some distributors go about this is a heated conversation of late.

EA has the “EA Sports Online Pass,” which is essentially a one-time code you get with a new purchase that allows access to online modes and content that’s otherwise unavailable. If you buy the game used, you will have to buy a code for $10.

Id Software creative director Tim Willits recently told Eurogamer about the company’s first-time buyer incentive. The upcoming game ‘Rage’ will actually have content for the story/campaign mode that’s missing unless you have that all-important code. However, Willits says that this content isn’t critical to enjoy the game. Of course, this beckons the question of what the extra content is actually worth in the first place, and whether it’s really an incentive. What is your total enjoyment of the game worth? Can you get by without it?

I understand that some gamers have tight budgets, and that studios are getting shafted by used game sales, but who is this aimed at? Is it just for the folks who want to play the game pretty much right away but don’t want to spend the $60? If you’re willing to wait a week until a used copy of ‘Madden 12’ is available for $52 at GameStop, wouldn’t it make more sense to wait a month or two when Amazon drops the price for a new copy including the code to $40?

To sum up, these new bonus deals don’t make me want to preorder. As for first-time buyer incentives, I don’t think I’ve ever bought a used game. I like to have the instruction manual, and know that the disc will play right when I get it home. More often than not, I can get older games still-new for a decent price anyway. Someone must be spending big dollars on used games, but I’d rather support good game makers than GameStop.

I’ll probably wait on ‘Rage’ when it first comes out, but I think Id Software’s approach is basically the same as EA’s. I’m all for the studios getting their due, but coupled with the ‘Call of Duty’ stuff and the first-time buyer incentives, I have a bad feeling this could go wrong quickly. Only time will tell whether consumers will embrace these incentive options with their wallets.