Here’s a conundrum for you: If the whole point of SteelBook packaging is to offer fans an aesthetically pleasing collectible to display on their movie shelves, then why, pray tell, would a studio like Universal release a whole wave of Blu-ray SteelBooks with butt-ugly artwork on them? Somebody please explain this to me.

Universal’s line-up of “Reel Heroes” Blu-ray reissues in SteelBook packaging ought to be an exciting development for metal case collectors. On June 25th, the studio will unleash 16 new SteelBooks on the market for a fairly reasonable price ($19.99 MSRP, currently selling for $13.99 each on Amazon). Unfortunately, all the titles share a common “comic book” artwork theme that is, if you ask me, absolutely hideous. 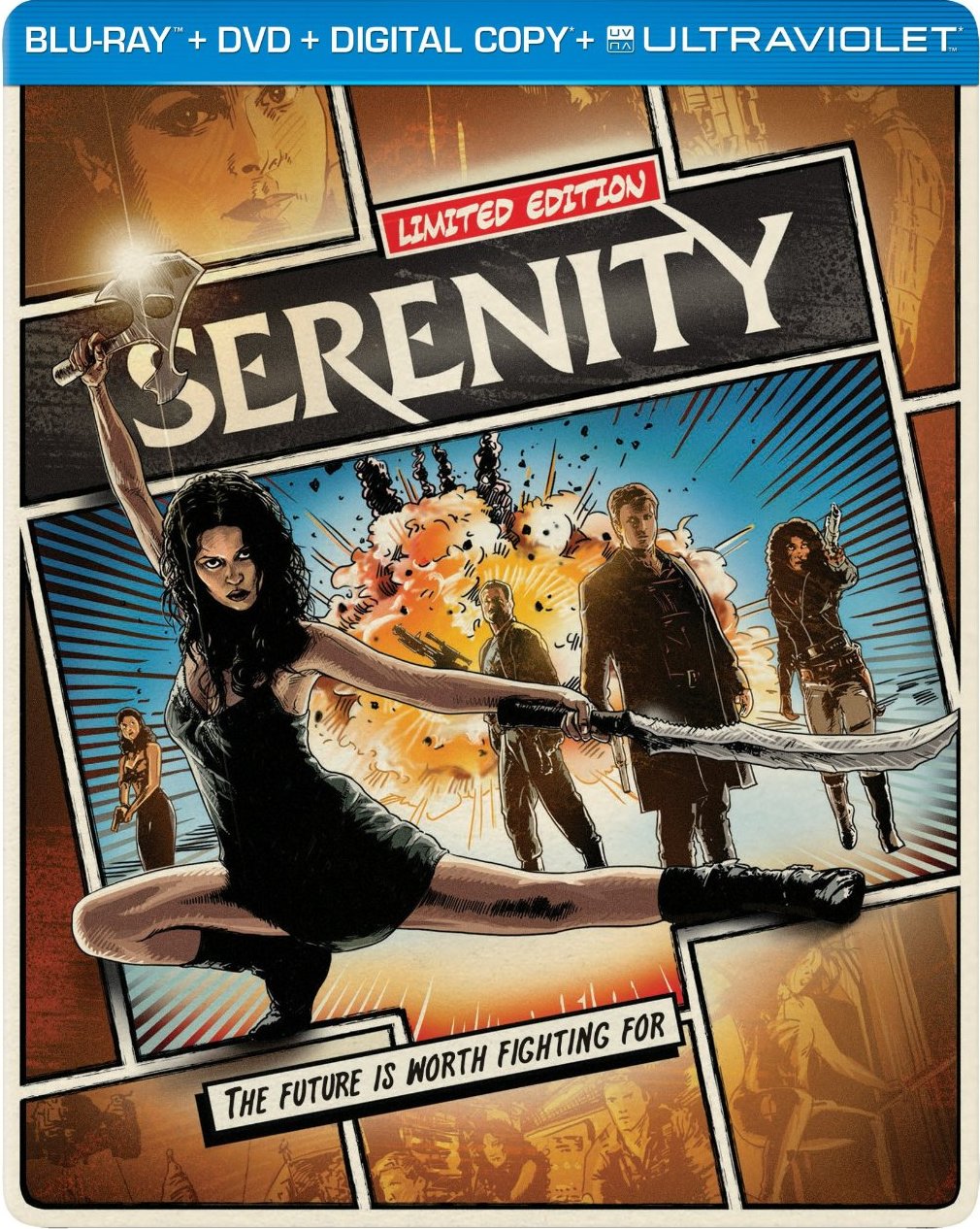 ‘Shaun of the Dead‘ 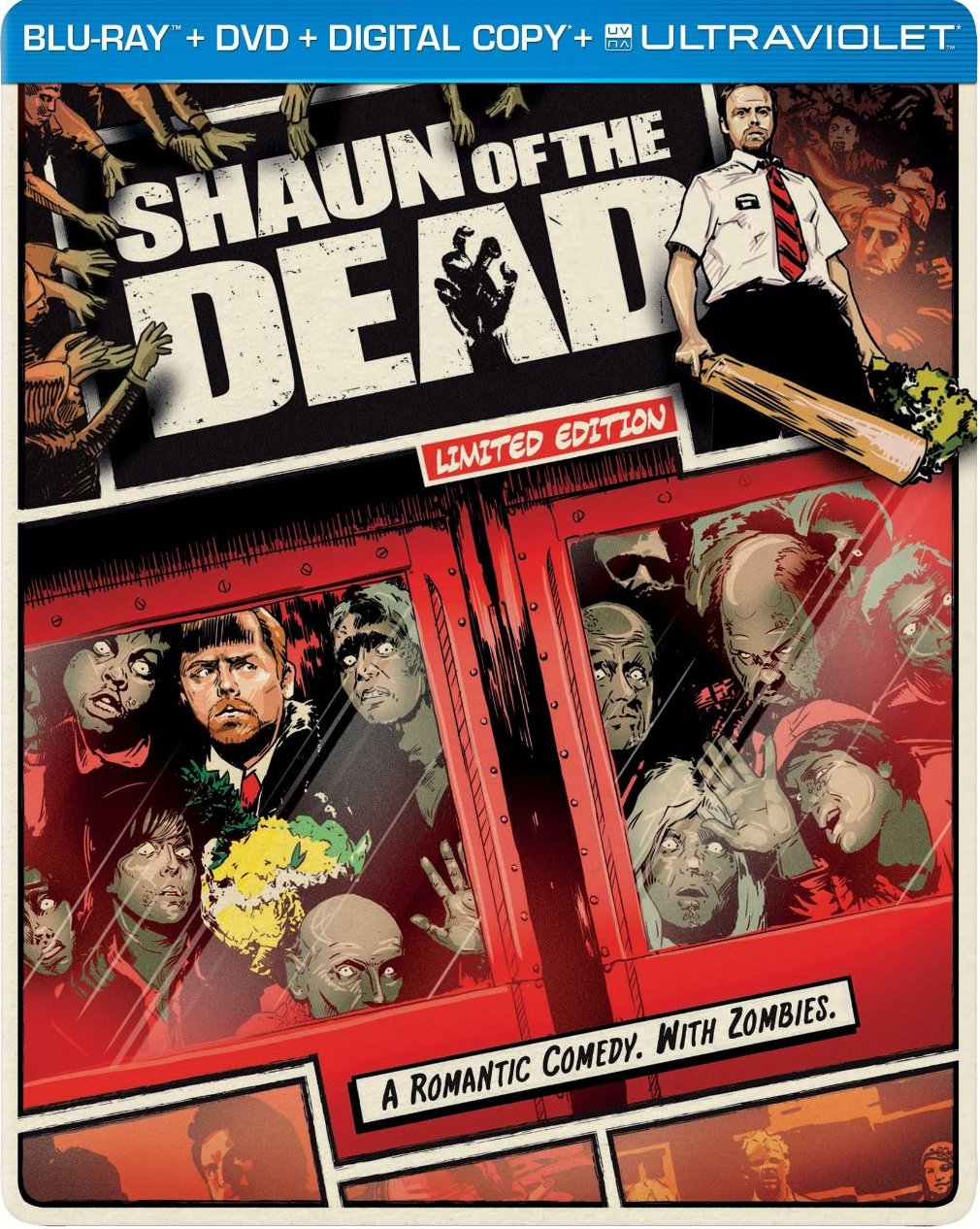 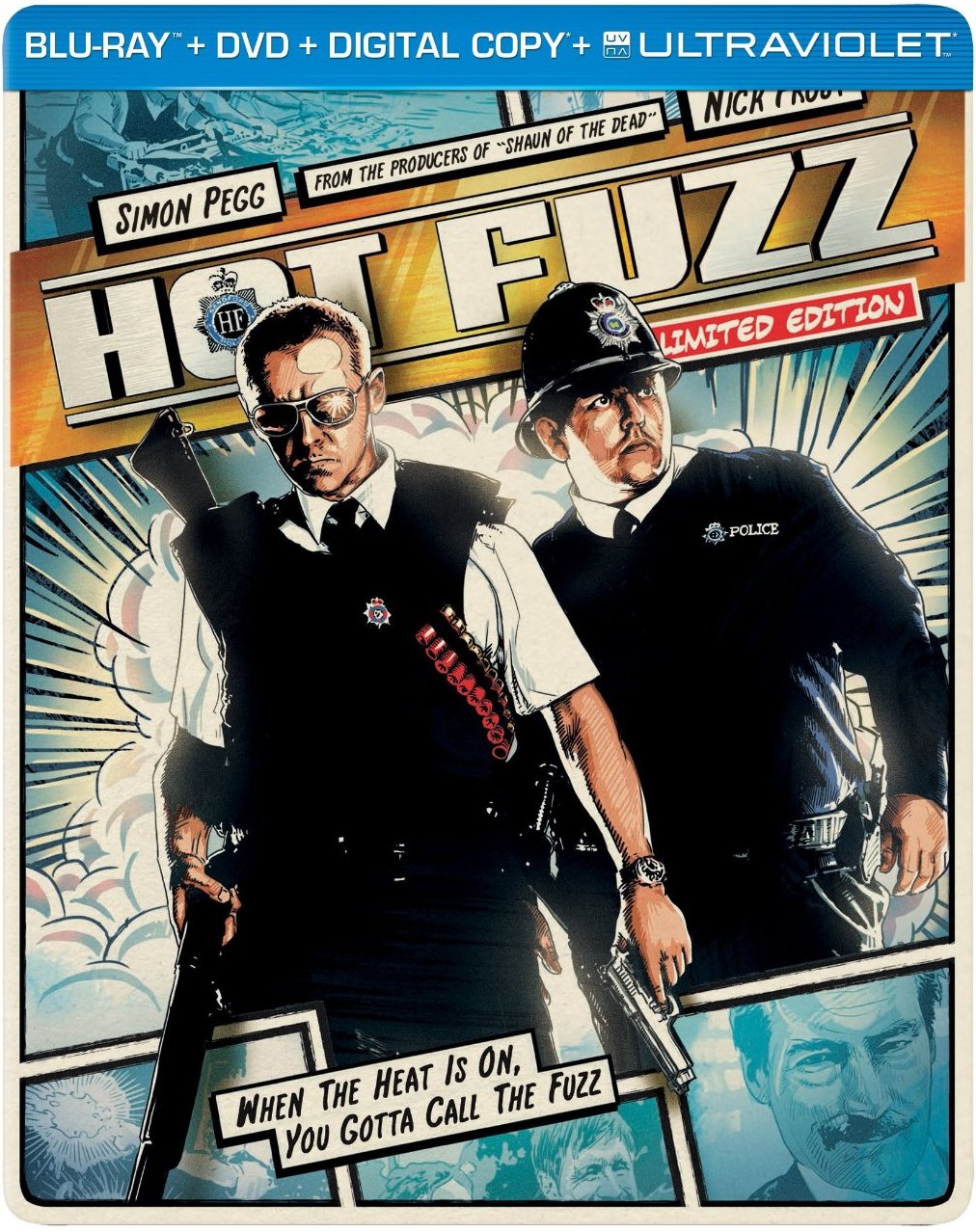 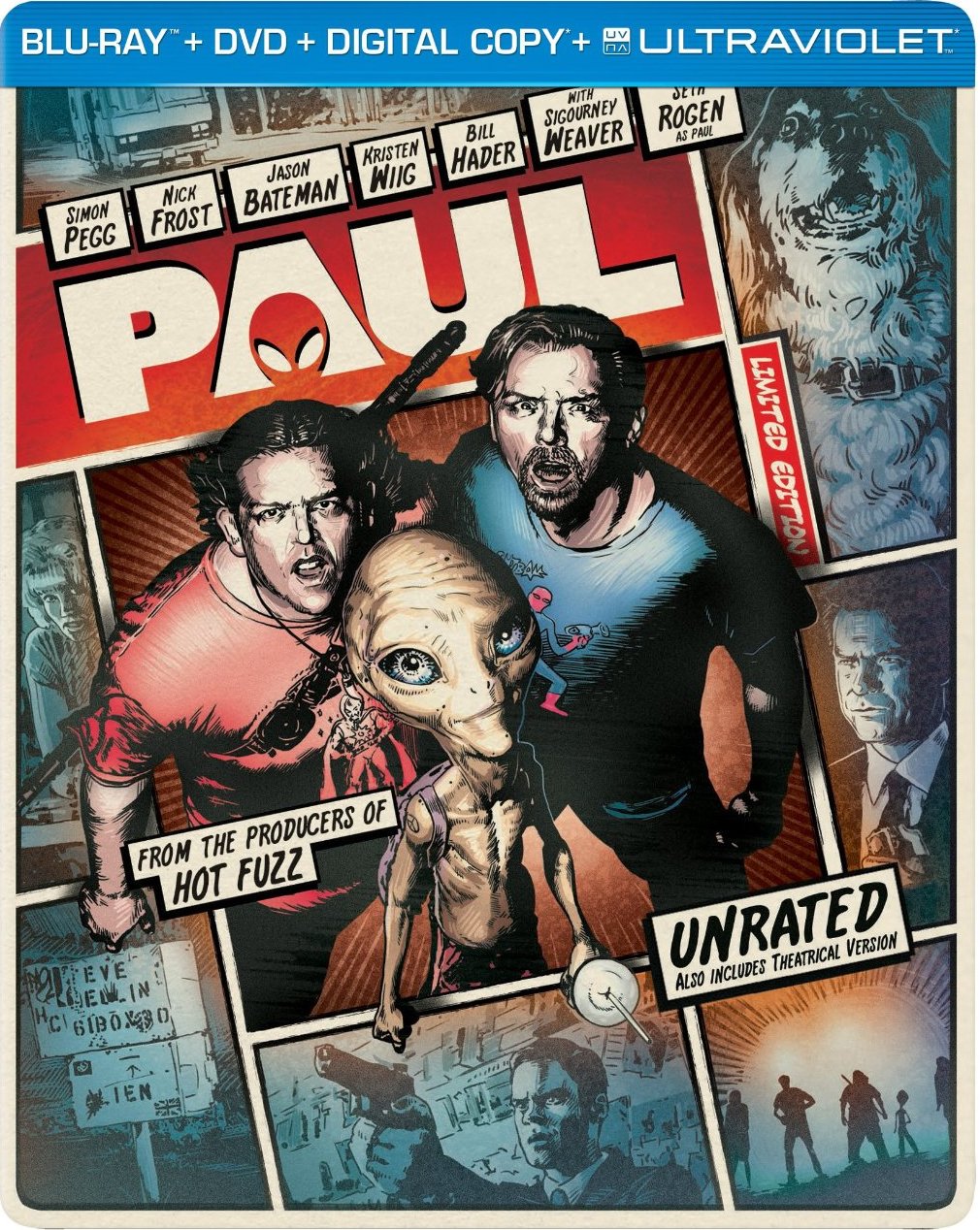 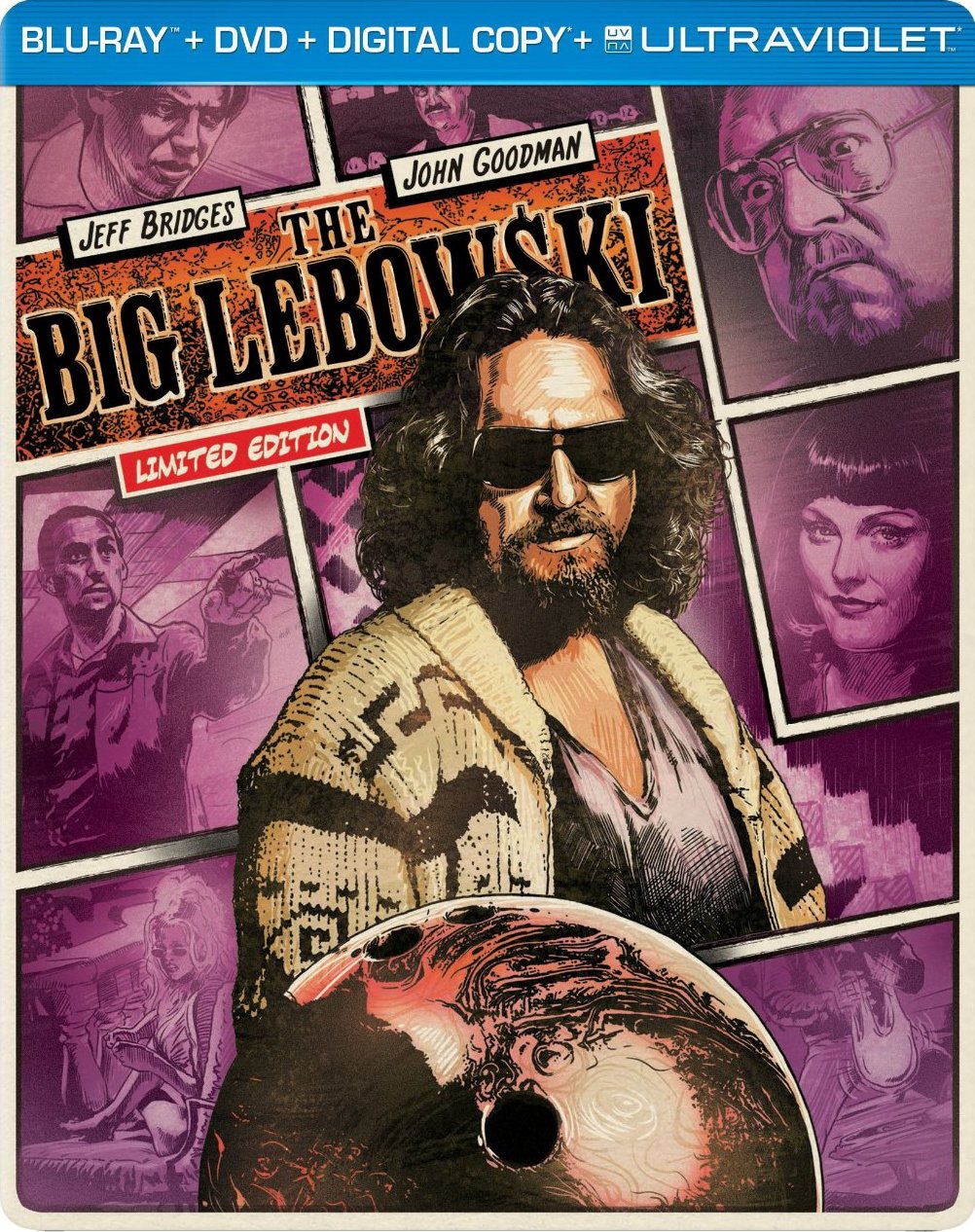 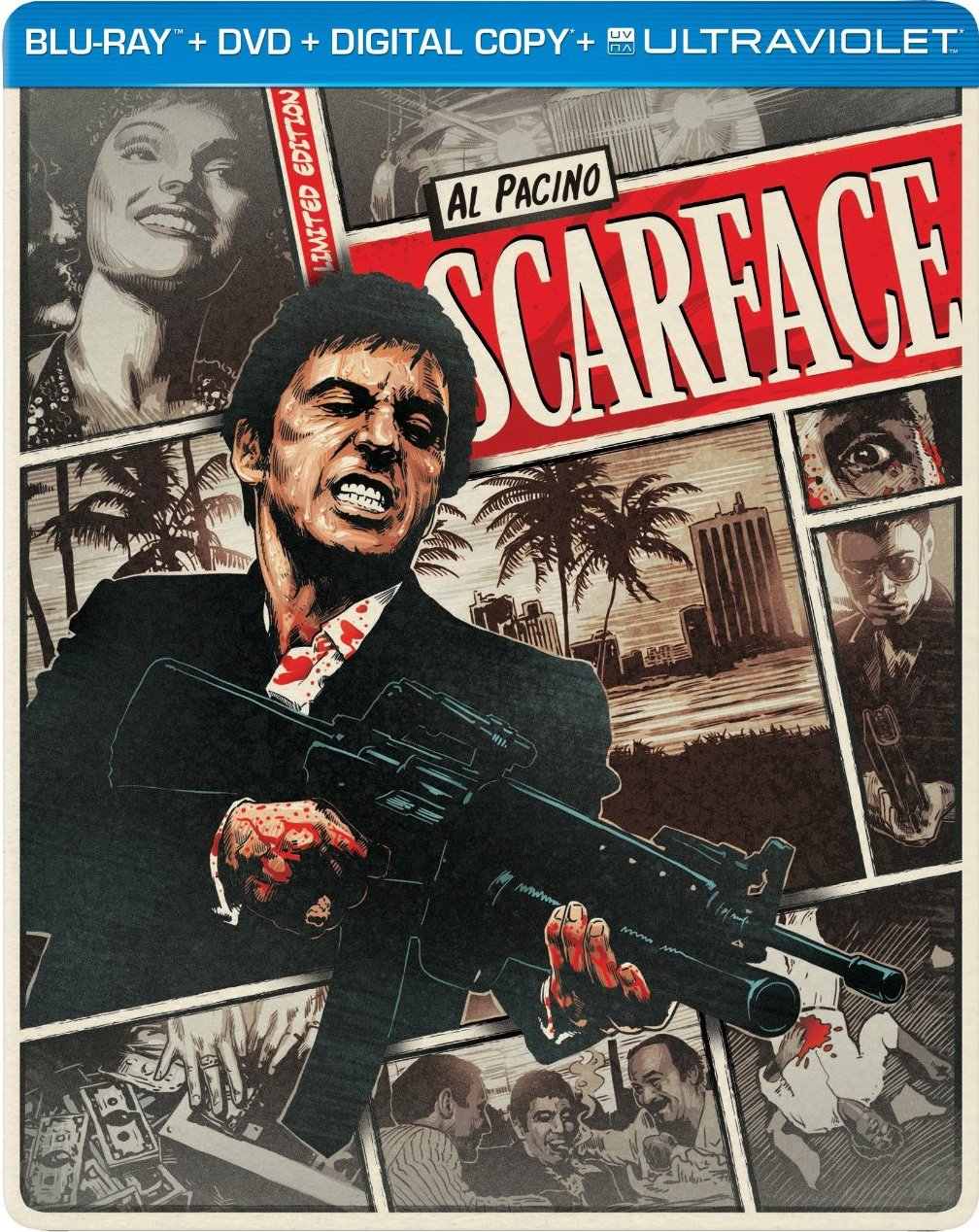 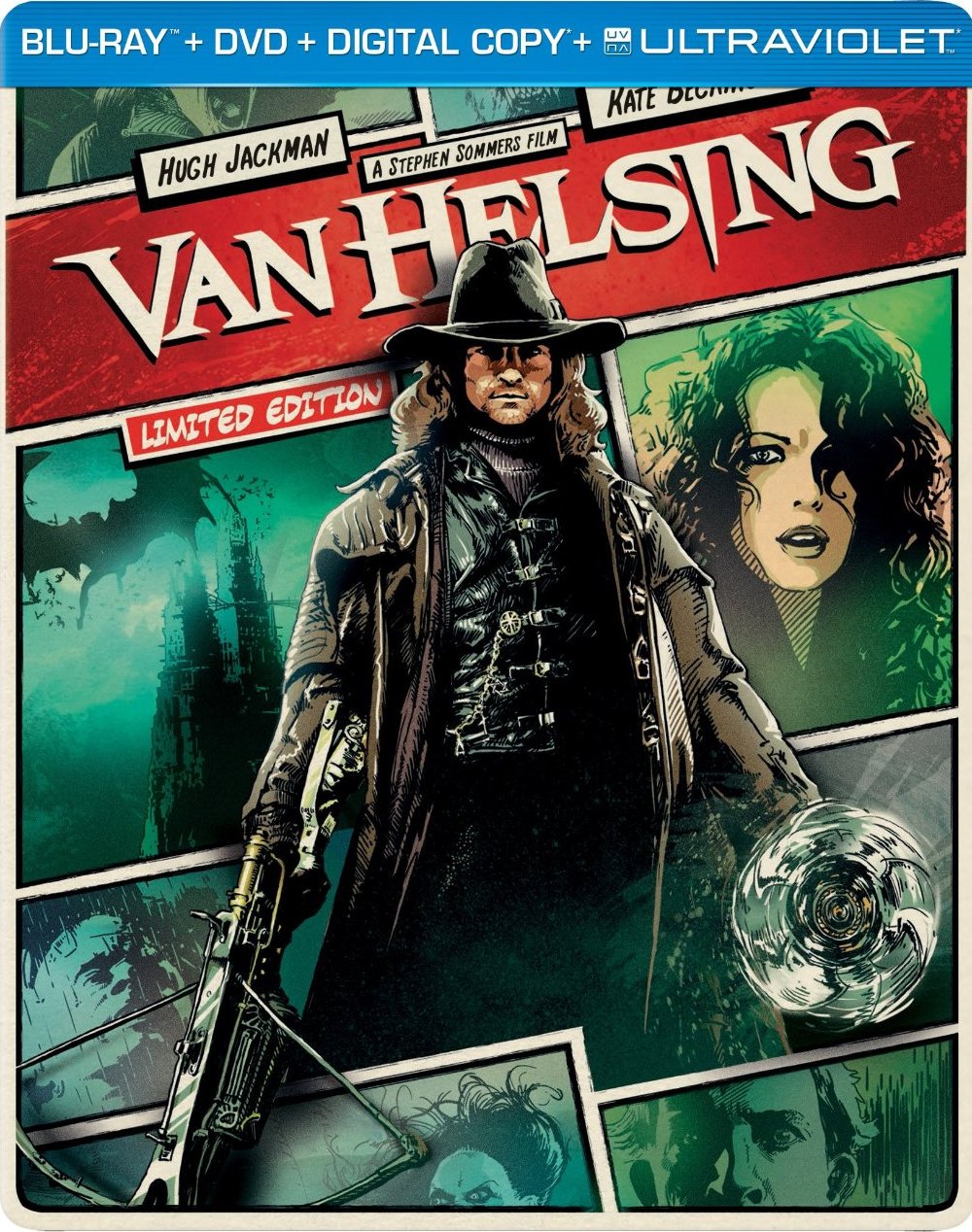 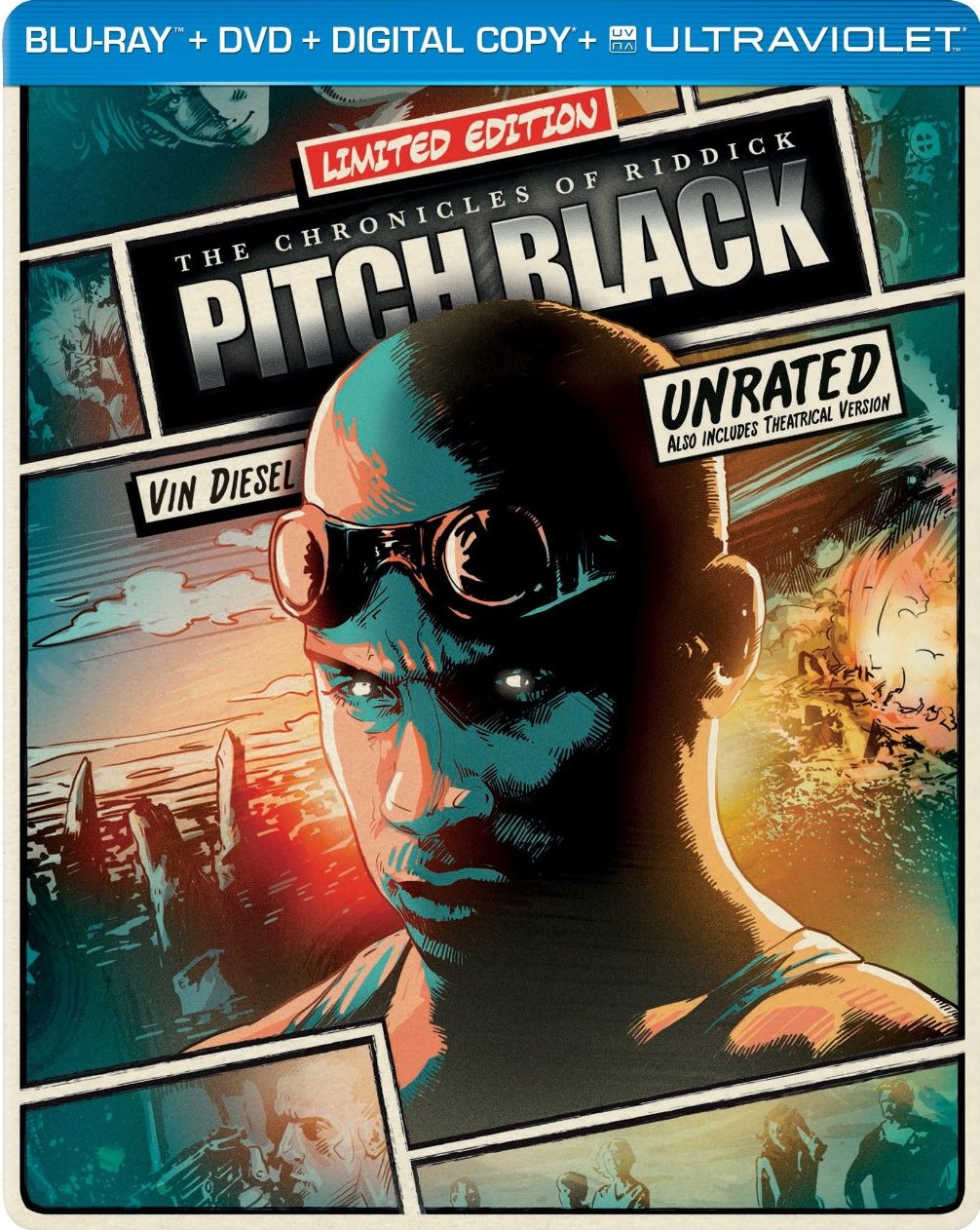 ‘The Chronicles of Riddick‘ 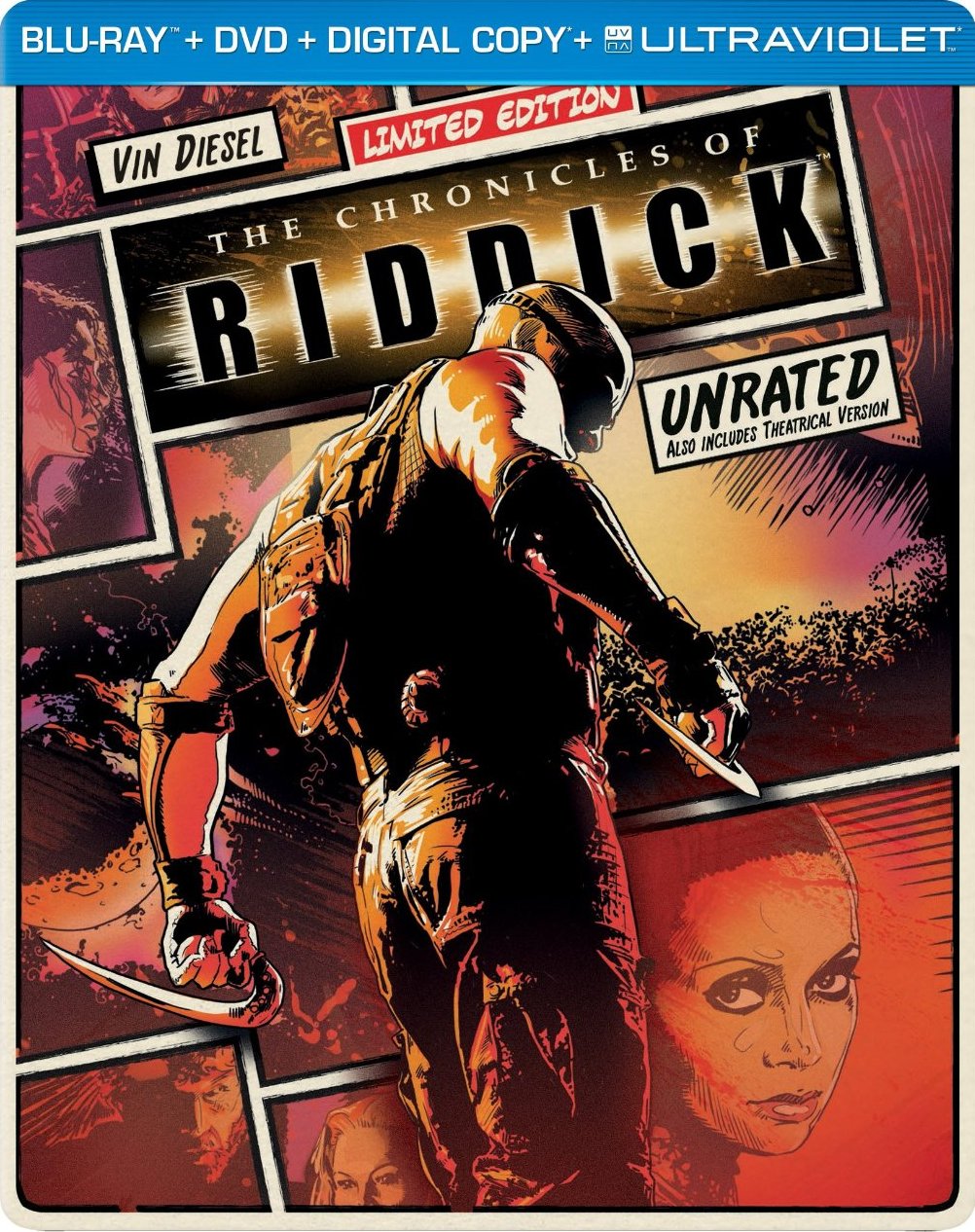 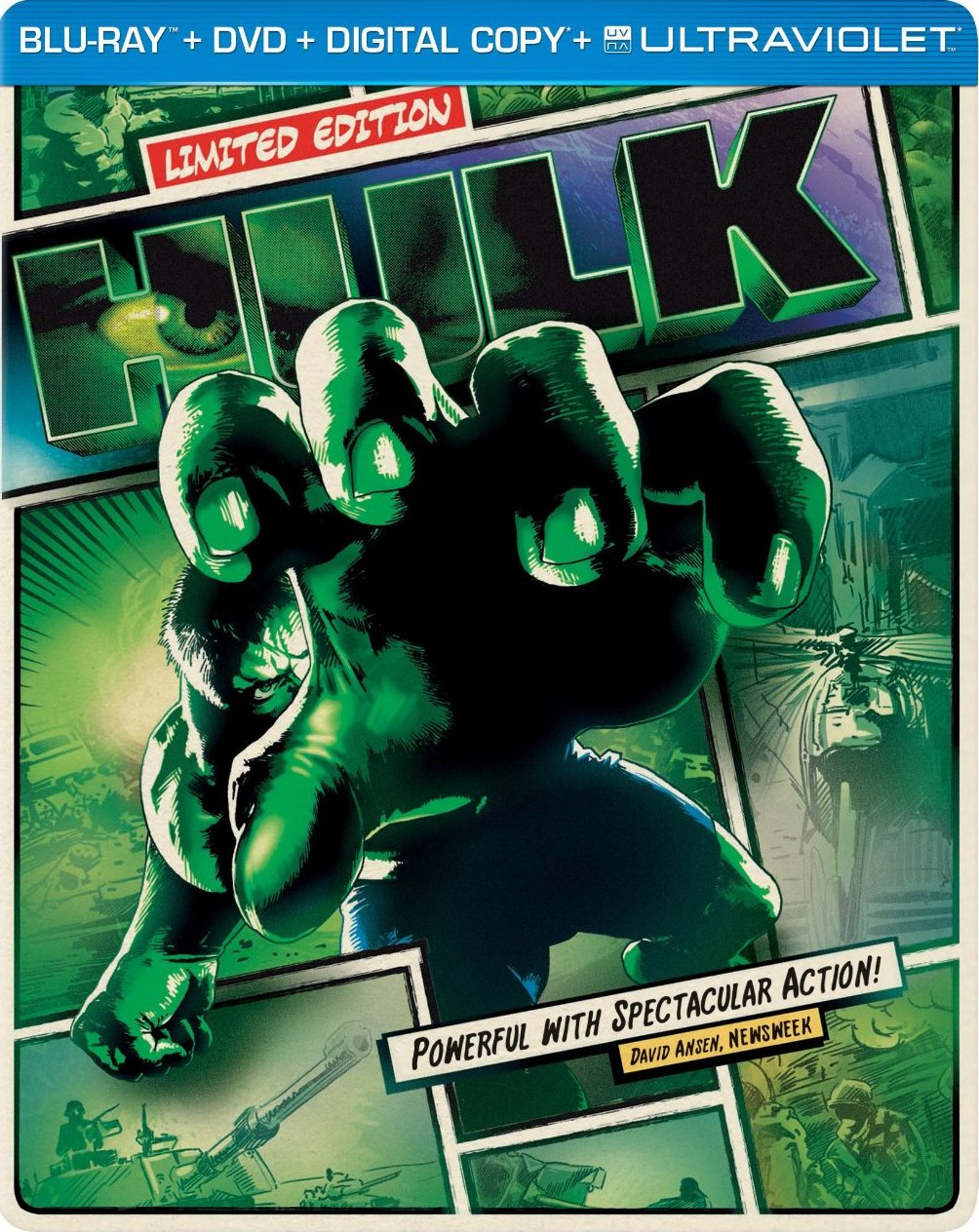 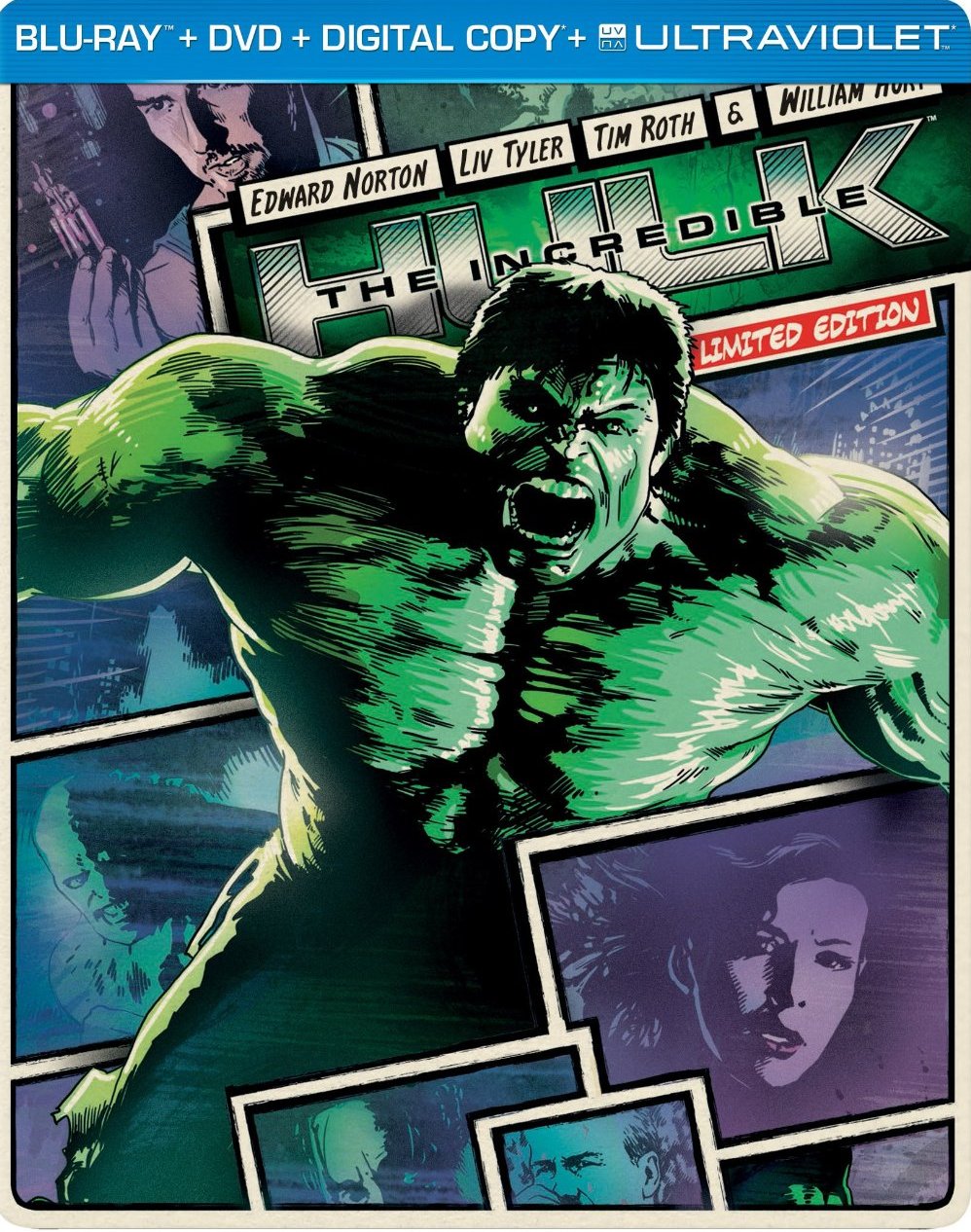 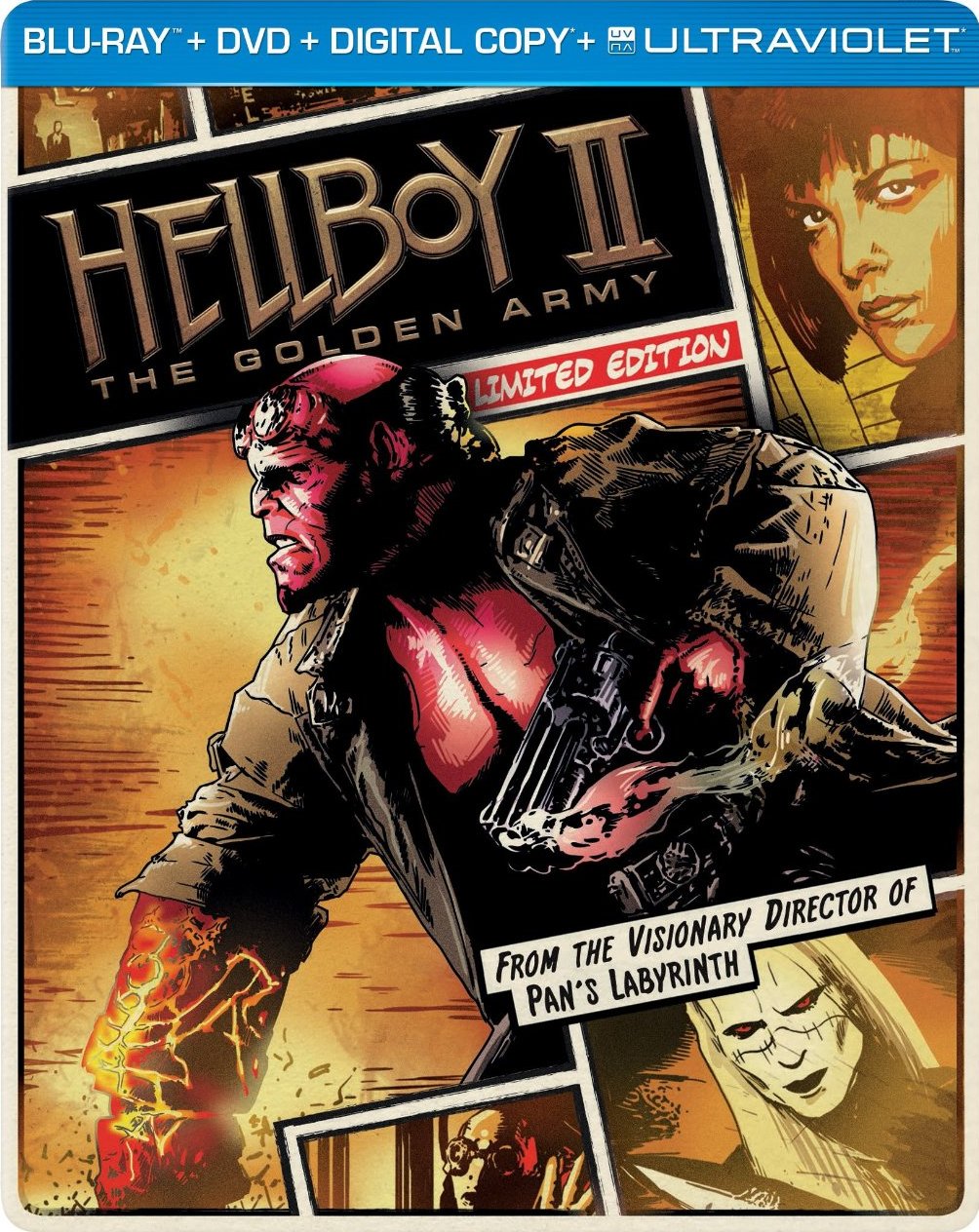 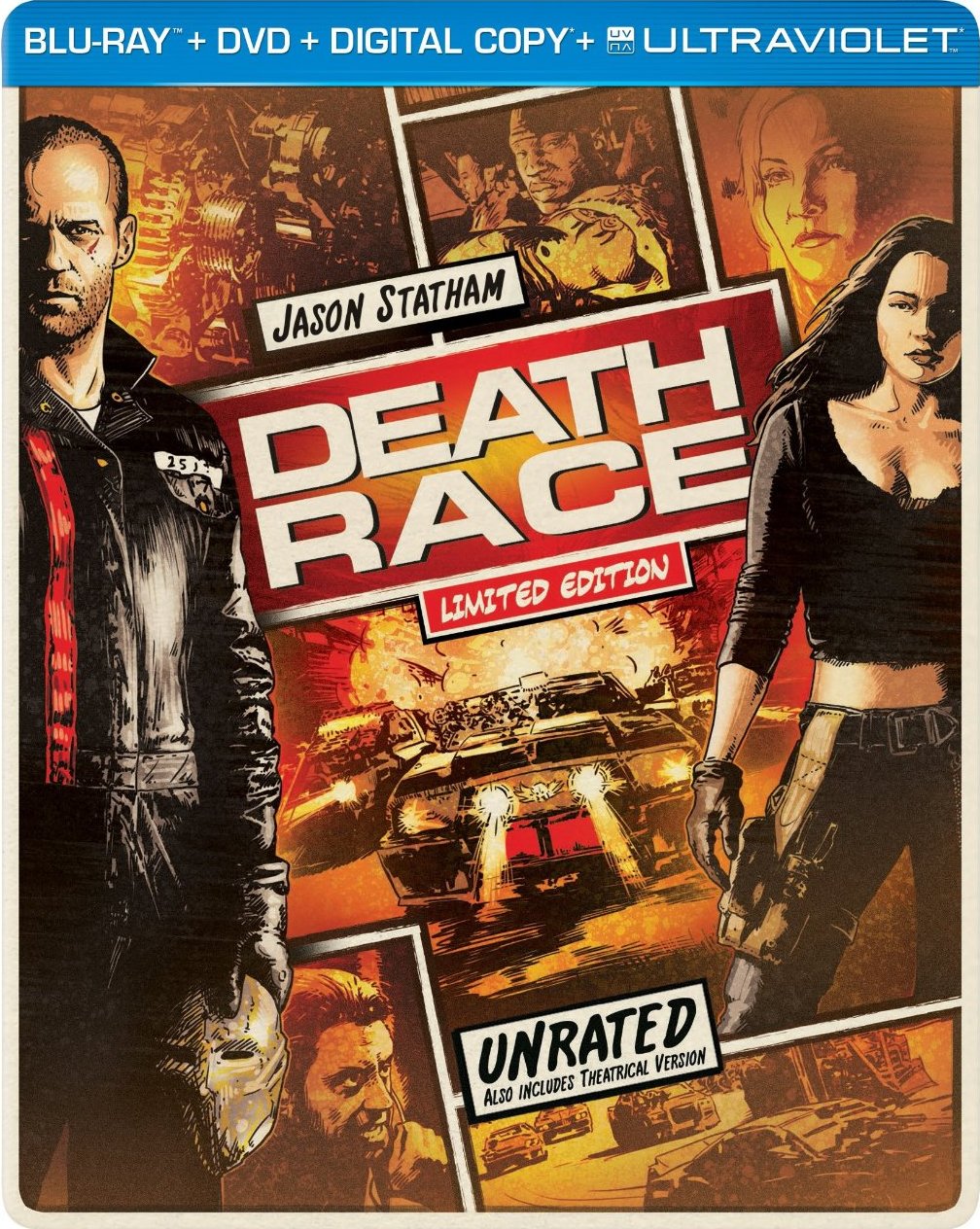 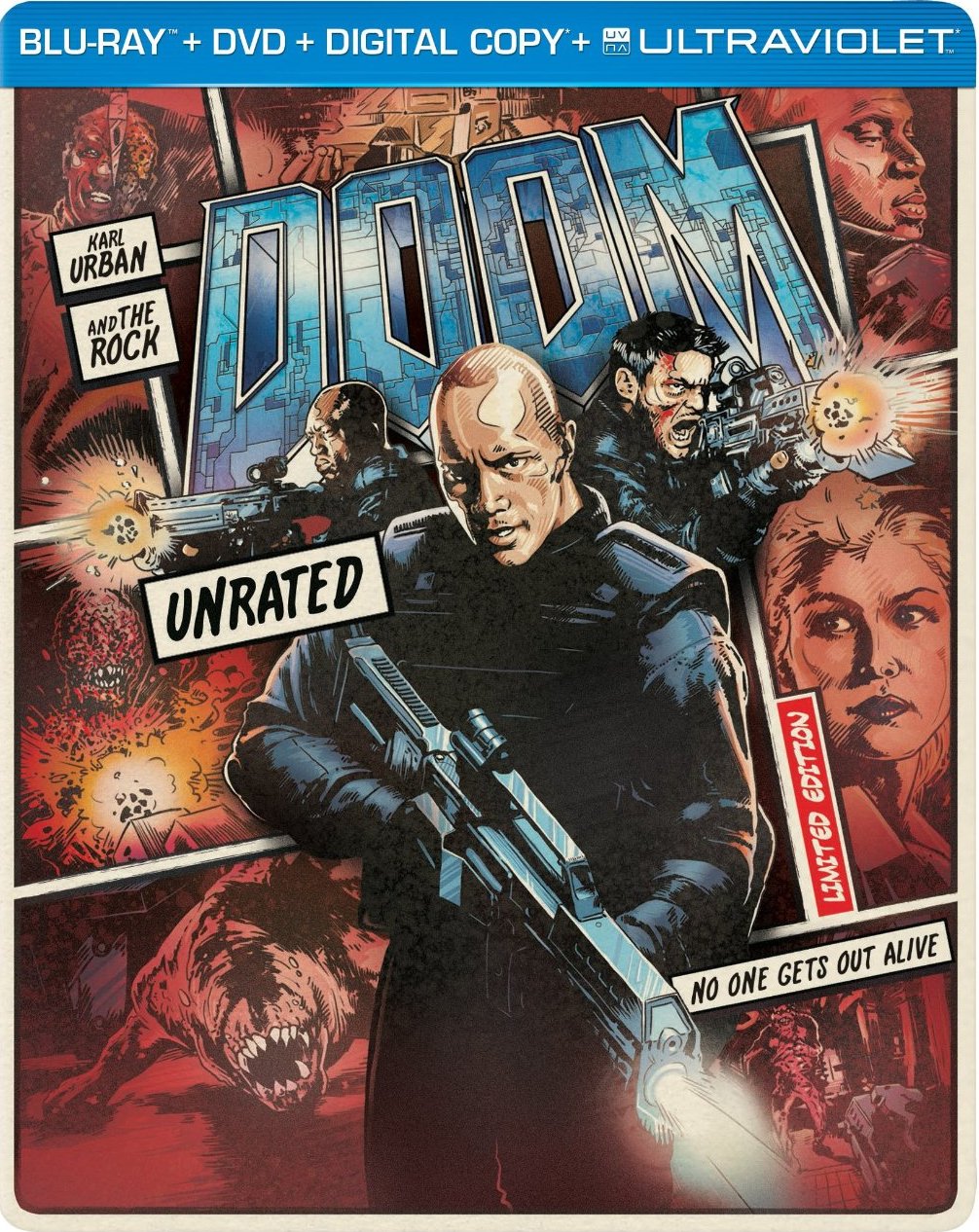 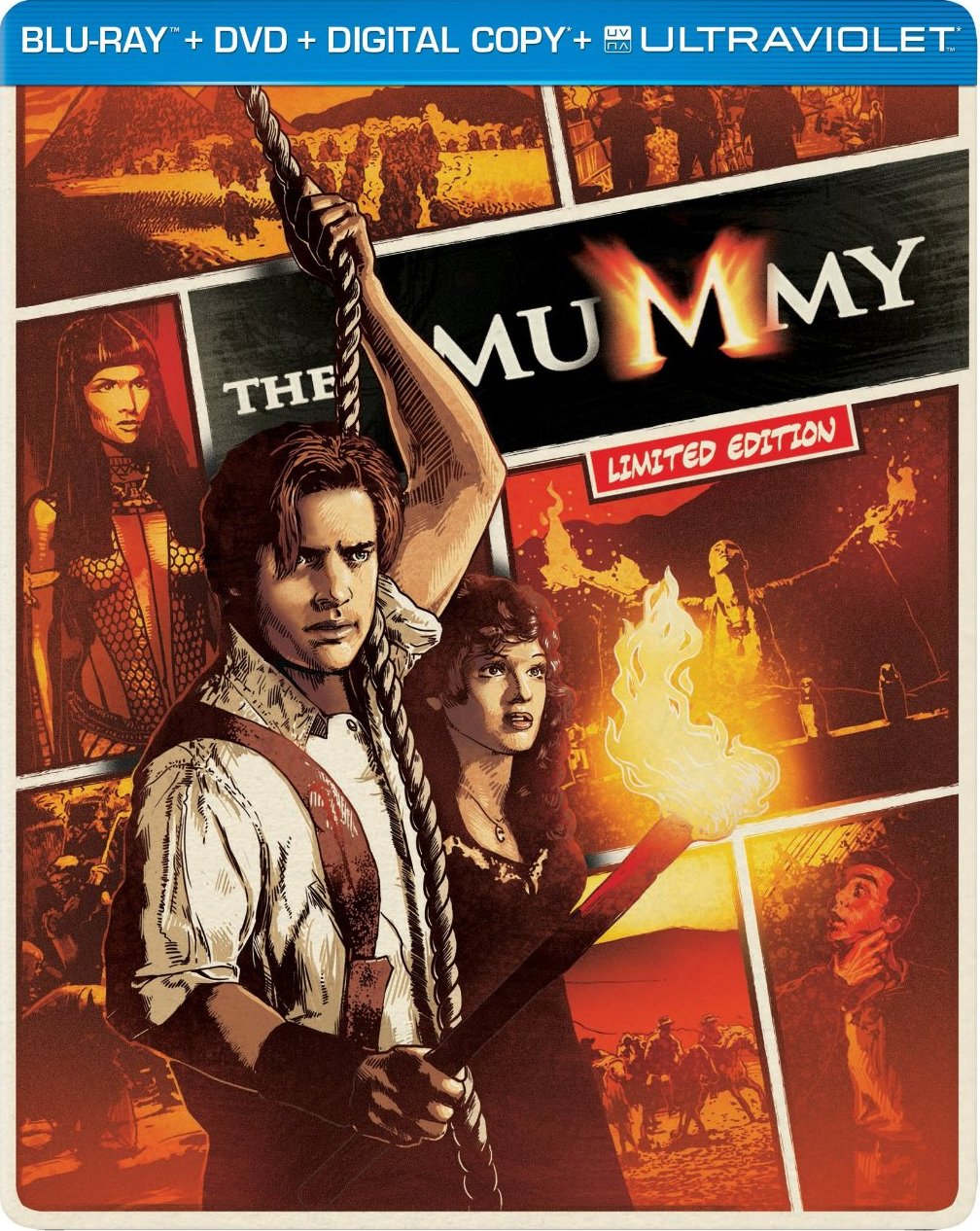 ‘Scott Pilgrim vs. The World‘ 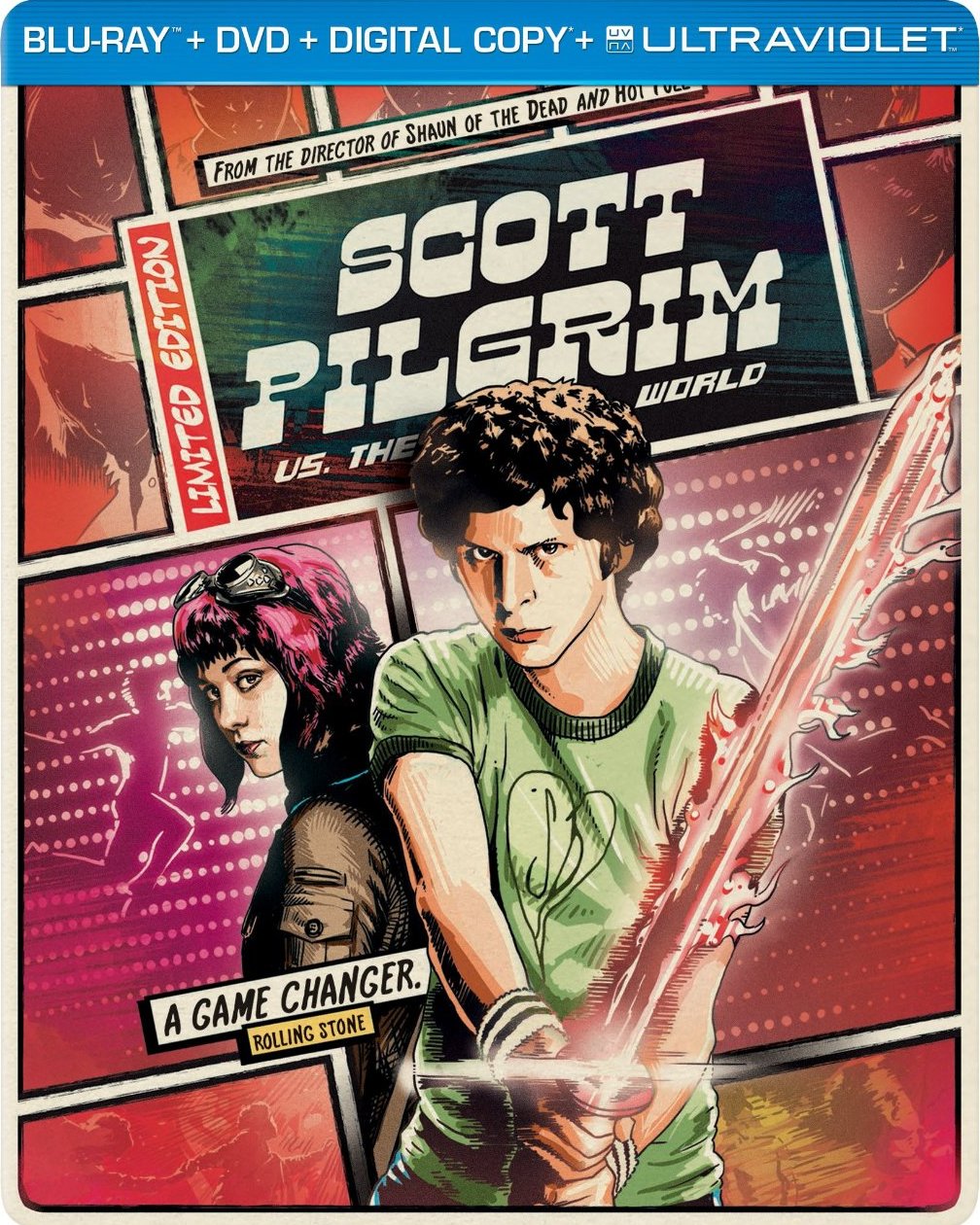 In addition to those, at least two more releases with the same theme are available in Europe: 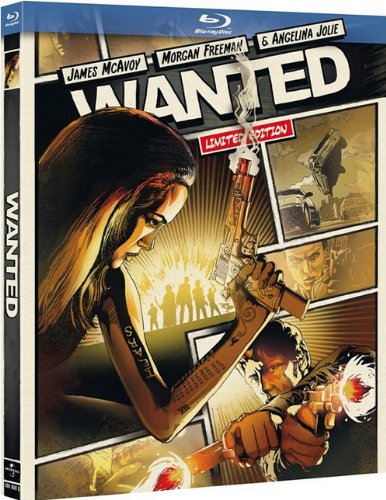 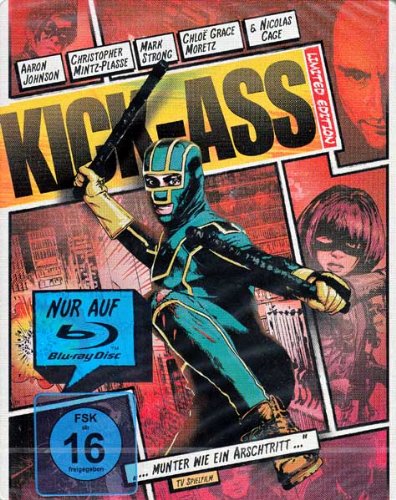 First off, are ‘Scarface’ or ‘Paul’ or ‘Death Race’ or ‘The Big Lebowski’ actually “Reel Heroes”? I love the movie, but what heroic thing did Lebowski ever do?

Of these titles, the only ones that have anything to do with comic books are the two ‘Hulk’ movies, ‘Hellboy’, ‘Scott Pilgrim’, ‘Wanted’ and ‘Kick-Ass’. Who picked the other films to receive this treatment? It feels like the titles were randomly plucked out of a hat. Did we just narrowly miss comic book SteelBooks for ‘Out of Africa’ or ‘Schindler’s List’?

‘Scarface’ was already released with a better-looking SteelBook when that disc first came out. A few of the other titles (like ‘Shaun of the Dead’, ‘Kick-Ass’ and ‘Scott Pilgrim’) were also previously available in much more attractive SteelBooks in other countries.

This is such a shame, because I would love nice SteelBooks for some of these movies, especially ‘Pitch Black’, ‘Serenity’ and ‘Hot Fuzz’. But not like this, Universal. Not like this.