The Criterion Collection’s recently-released ‘Lone Wolf and Cub‘ Blu-ray box set includes six feature films and a bunch of supplemental content. If you look closely, you might also find a clever surprise hidden in the packaging.

The credit for this discovery goes to user “slop101” from the DVDTalk forum. If he hadn’t mentioned it in a discussion thread there, I probably would not have noticed it on my own.

The ‘Lone Wolf and Cub’ series follows the adventures of a samurai assassin who wanders the Japanese countryside while pushing his infant son in a tricked-out baby cart loaded with hidden weapons and supplies. In that spirit of invention, Criterion’s Blu-ray packaging has an unadvertised easter egg you might easily overlook.

At first glance, the box set looks like a pretty standard package. The three-disc set is contained in a fold-out digipak within a cardboard slipcover box. I’m not a huge fan of the cartoony Pop Art design, but I don’t find it to be too ugly in this case. 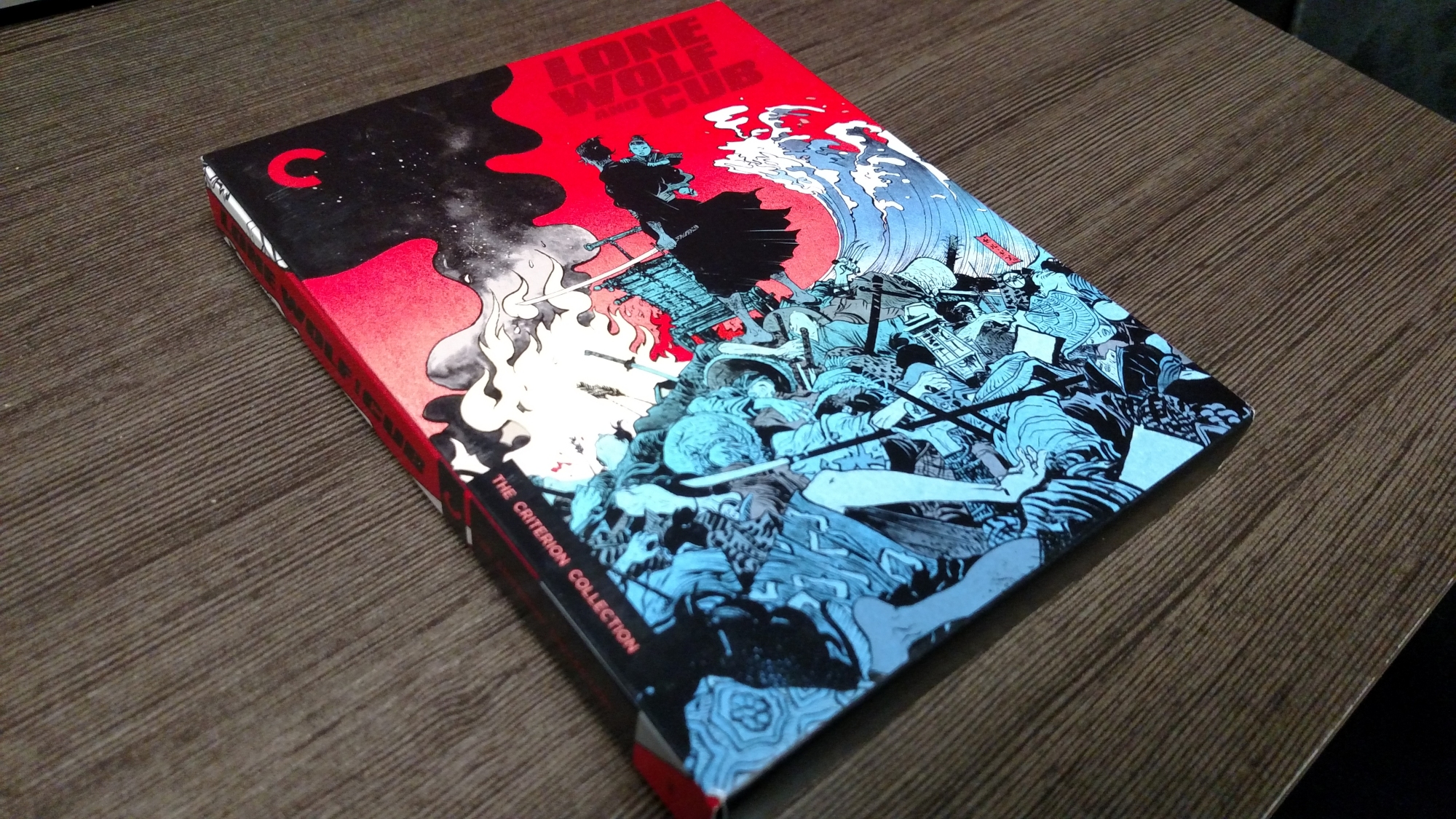 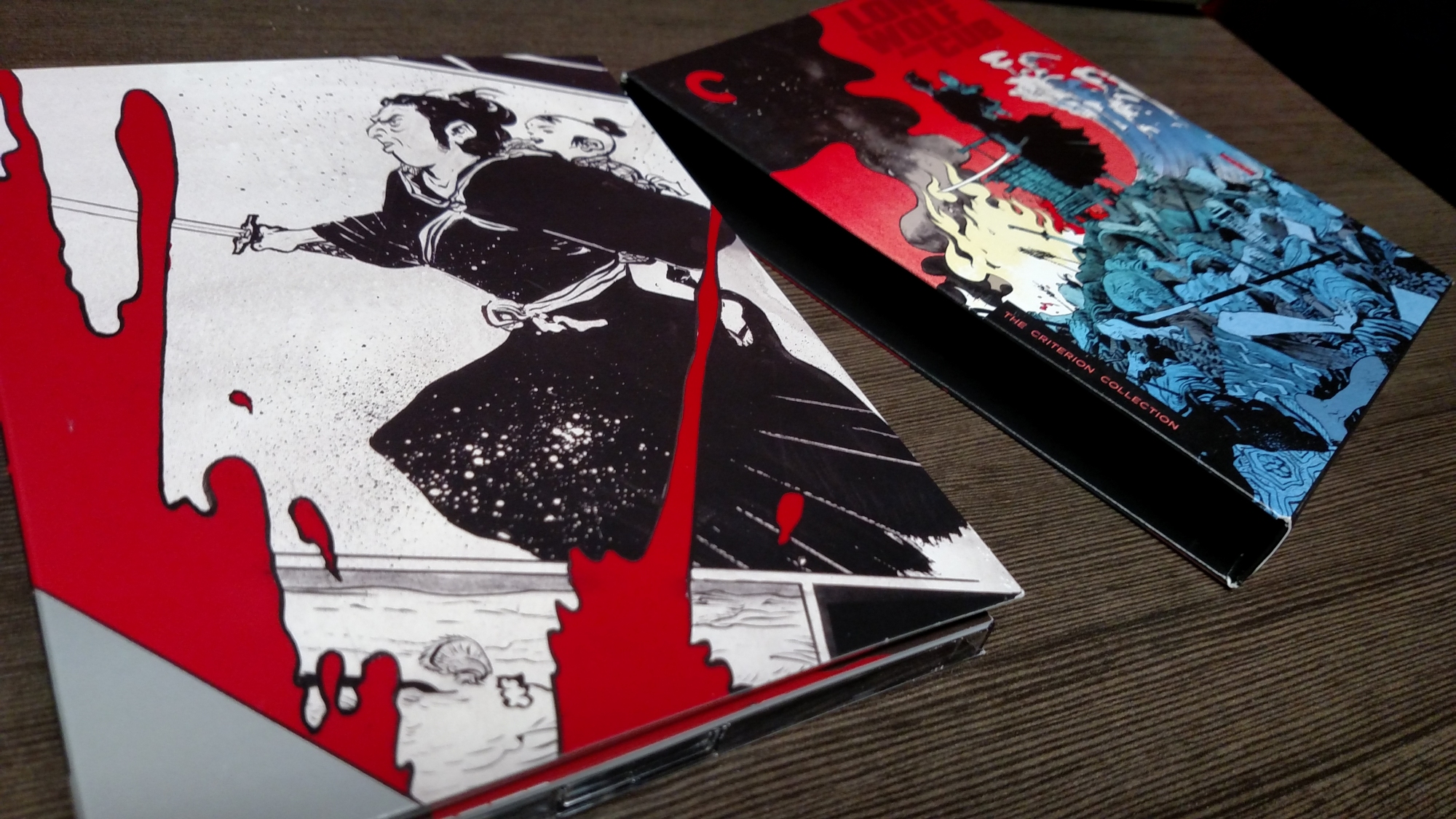 In typical Criterion fashion, the box also holds a booklet with essays and notes about the films. 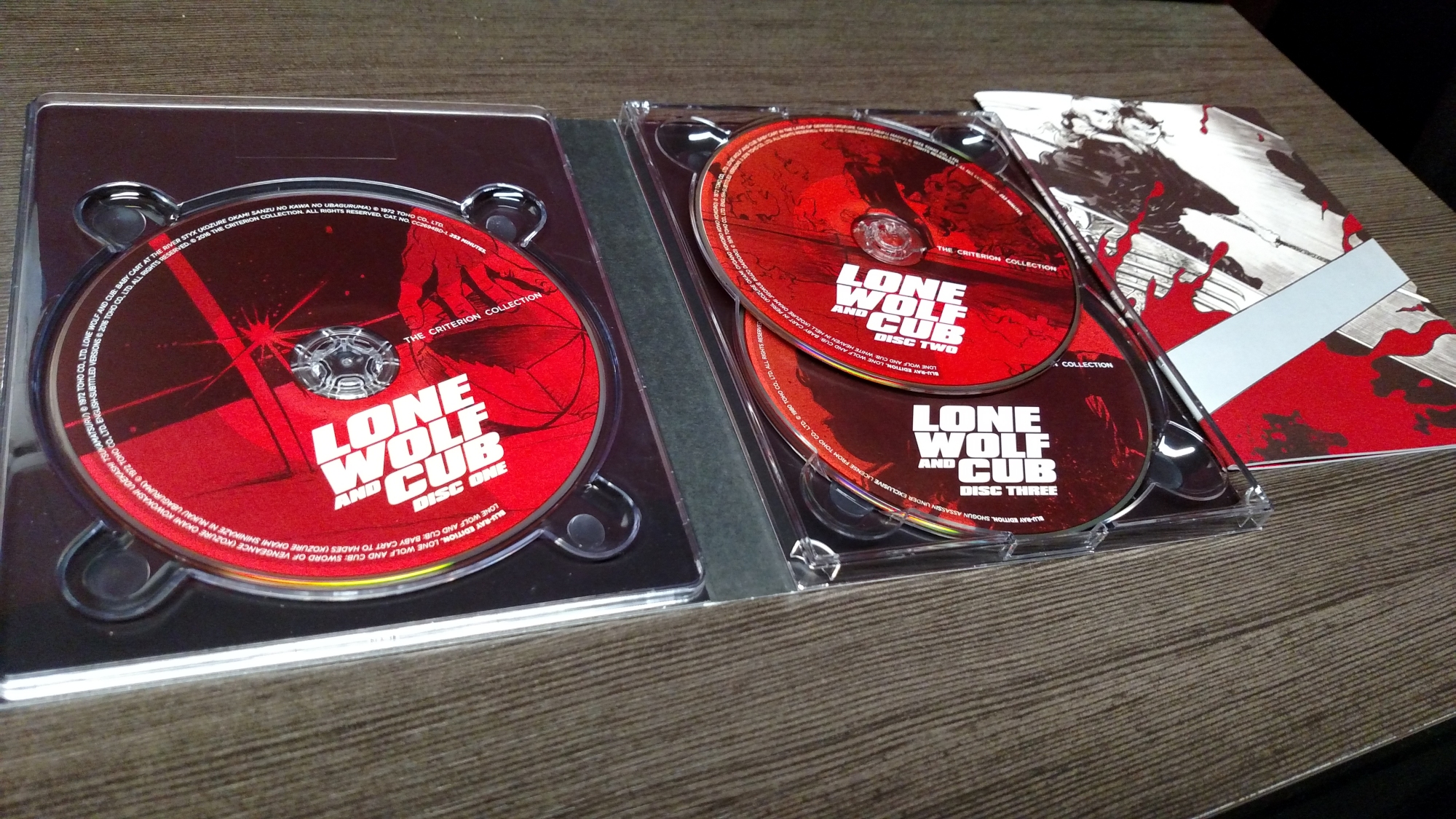 You’ve probably never bothered to open the spine flap on a slipcover box like this before. (Why would you?) Go ahead and try it this time to reveal a secret compartment. 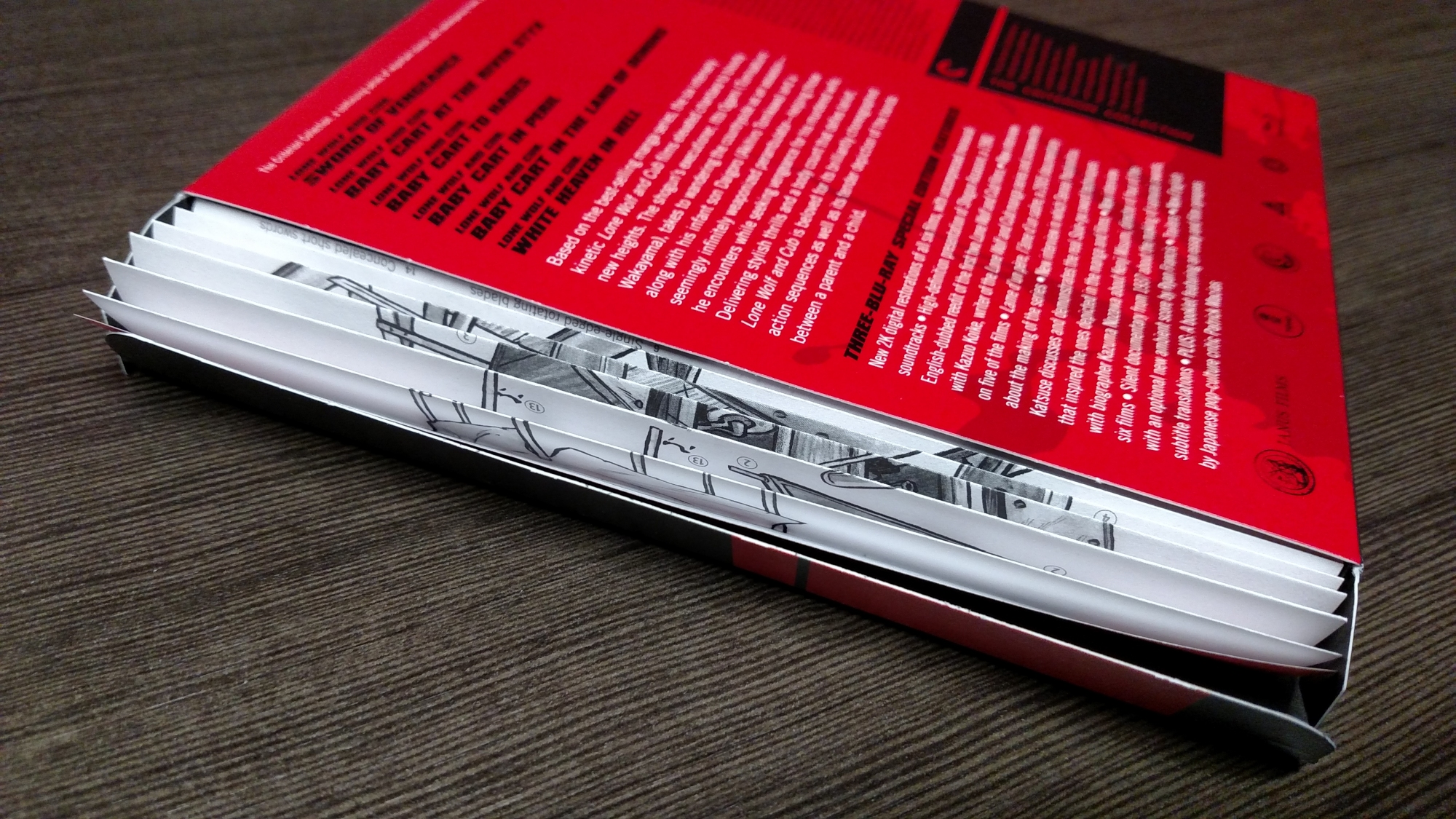 Inside is a tightly-folded blueprint schematic for the character’s baby cart, exposing all of its tricks and traps. 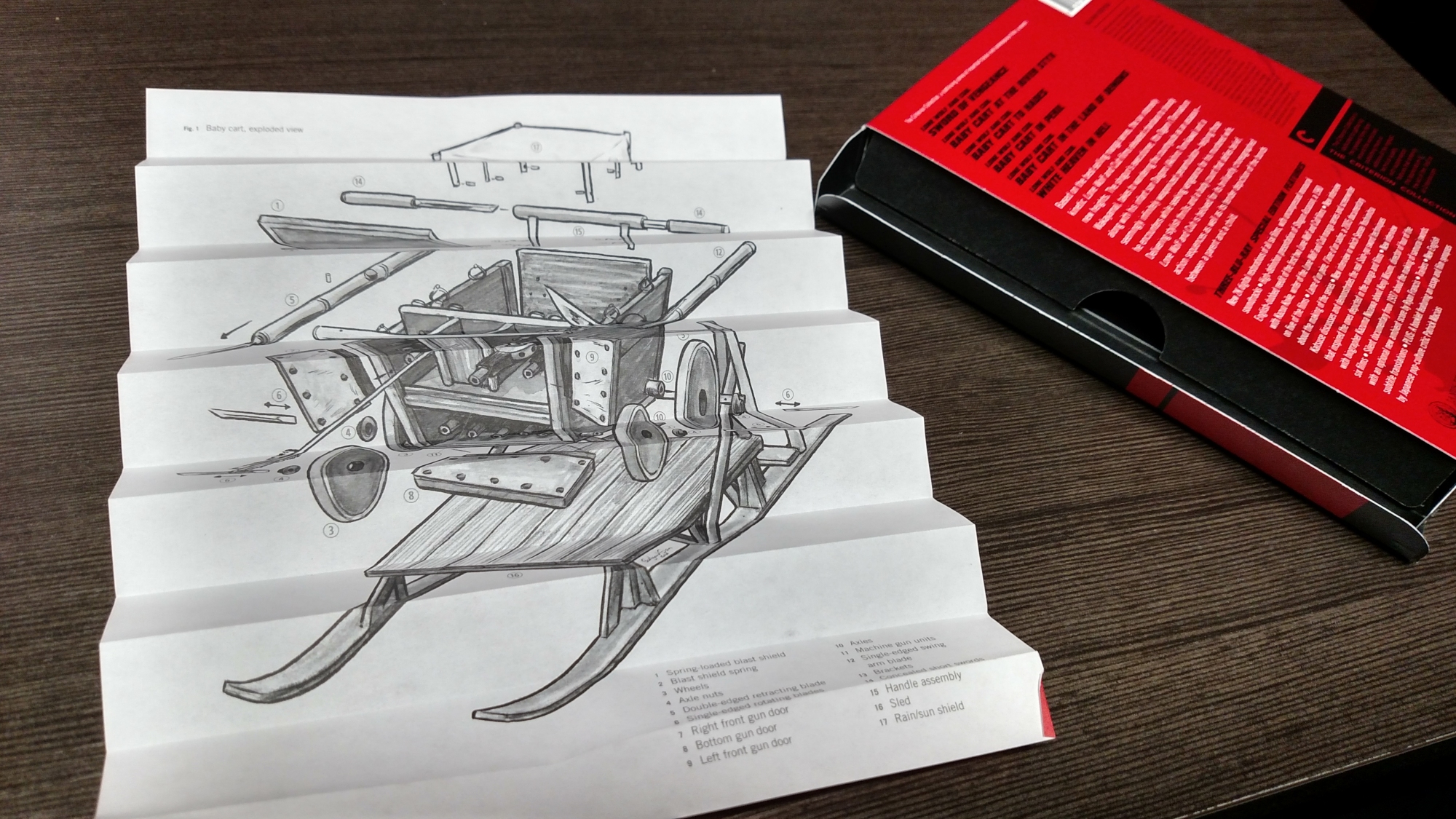 Thanks to slop101 for pointing this out. This Blu-ray set might otherwise have sat on my shelf for years without my giving the box itself much attention.