It seems foolish to call a movie that grossed over $240 million domestically (and is currently the top-earning film for the year worldwide) a box office disappointment, but the studio definitely hoped that ‘Transformers: Age of Extinction’ would be a bigger mega-hit than it actually was this summer. Nonetheless, Michael Bay’s latest robo-carnage extravaganza will get the deluxe treatment on Blu-ray, complete with SteelBook and other exclusive collectible releases.

I’m a little ashamed to admit that I own all three of Bay’s previous ‘Transformers’ flicks in SteelBook (or comparable MetalPak) Blu-ray cases. I don’t even particularly like the films, but the collector impulse got the better of me.

For consistency purposes, I suppose I’m grateful that the new one will get a SteelBook as well. I wish the artwork weren’t so ugly, but that’s a problem that plagued the prior movies too. 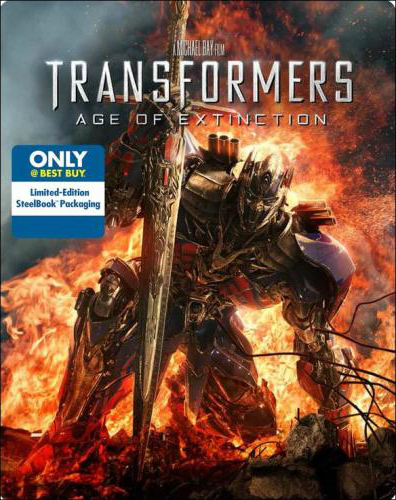 Those few fans who really loved this particularly entry and aren’t afraid to shell out some big bucks for it may be excited for this oversized box set that comes with a statue of Optimus Prime riding Grimlock, the robo-dinosaur. This seems like overkill to me, but when it comes to this franchise, overkill isn’t inappropriate. 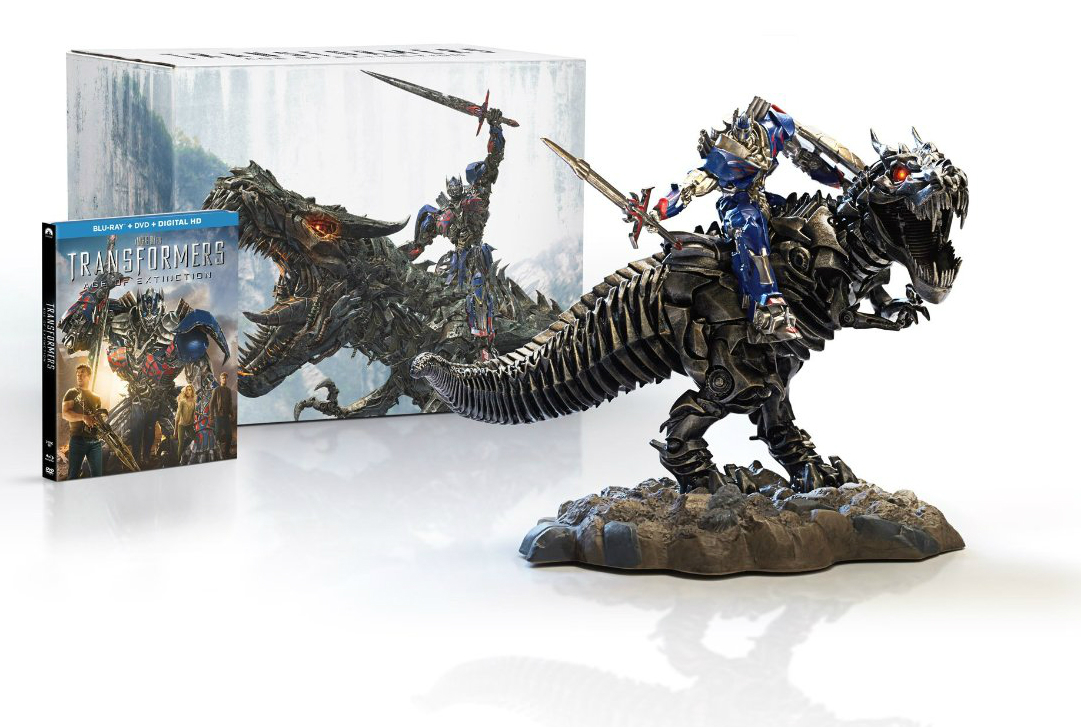 A disc case that transforms into a robot sure sounds like a nifty idea. Sadly, the result looks rather cheap and tacky. And what’s the robot’s alt-mode supposed to be, anyway? It transforms from a robot to… a robot that’s squatting down? Huh? 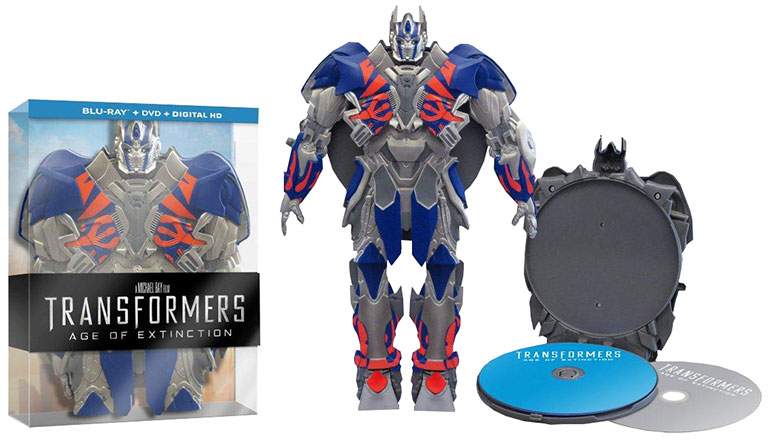 Walmart has no less than three exclusive Blu-ray collectibles for ‘Age of Extinction’. The first is this case in the shape of Bumblebee’s face. 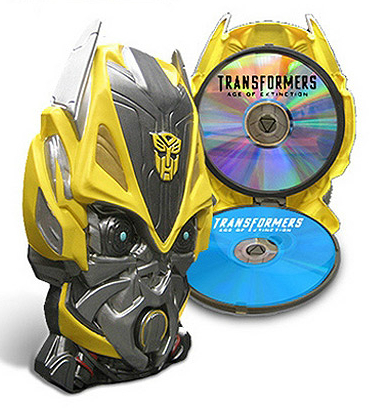 For a little extra money, you can bundle that same Bumblebee mask with a Transformers action figure (which will be shipped separately in its own packaging). This will save you about $9 over ordering the Blu-ray and the toy separately.

The listing page on the Walmart web site is very confusing. It claims that you can choose from among six different action figures, but (at the time of this writing) only the Optimus Prime figure can actually be selected. Did the others already sell out? If you really want them, I’m sure you can get them elsewhere. 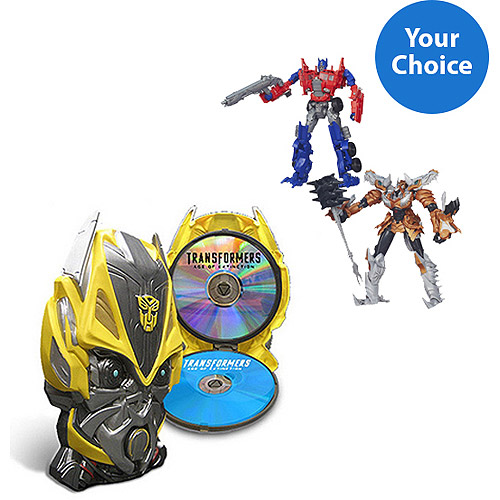 Keepcase Plus Magnet and Figurines

The final Walmart exclusive is a standard keepcase bundled with a magnet and three figurines. 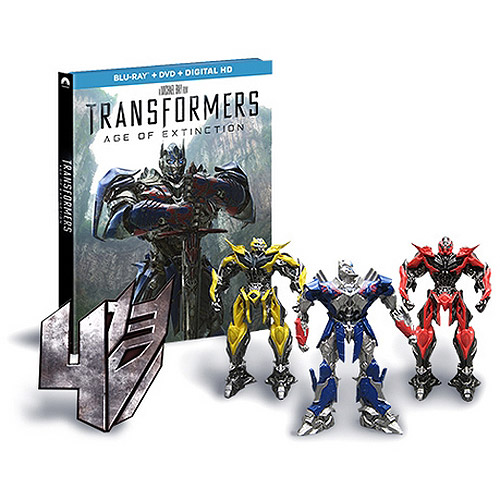 All of the above discs are 2D only. If you want the 3D version of the movie, that can only be found in this release, which doesn’t have any fancy collectible packaging. However, the 3D transfer will also include the alternating aspect ratio gimmick as seen in IMAX theaters. I know that at least one of our readers will be over-the-moon about that. He’ll probably buy up 30 copies just on principle. 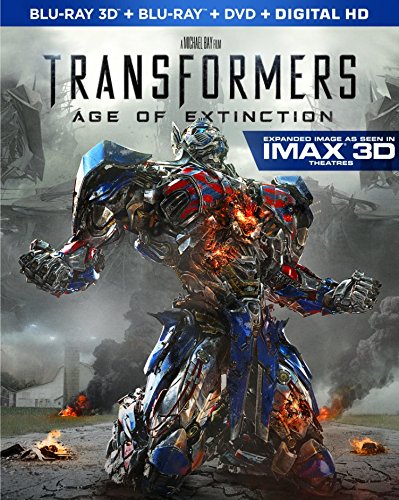