Here we go. It’s the beginning of the year, and you know what that means: Lists. Lots of them. You see them everywhere you go. That’s okay, because we love looking at them and then disagreeing with them. So come on in and check out my thoughts on the best movie posters of 2011.

We cover a lot of posters in Posterizing. Sometimes we poke fun at the inane ones, and sometimes we laud the clever ones. Here, it’s all about the clever ones – the posters that make you stop and think, or the ones that would look fantastic framed on the wall of your theater room.

You won’t see any generic floating-head posters here, or my personal pet-peeve that seemed to rear its ugly head this year: faces covered with giant text. (I’m looking at you ‘Adjustment Bureau‘.) We’re celebrating the posters that I thought did more with less, and posters that hinted at the subtleties of the movies they were promoting instead of beating us over the head with famous names and faces.

Say what you will about Kevin Smith’s latest polarizing movie, but this poster looks good. It gives off a creepy vibe while revealing little about the film. You can tell that something sinister is going on. Without seeing any trailers, you can most likely draw a conclusion that we’re dealing with some disturbed religious fanatics. The worn look is nothing new – it was used numerous times this year (‘Hobo with a Shotgun’, ‘Bellflower’ and ‘Hesher’, to name a few) – but it gives the poster and the film a cult movie type of vibe which works here. 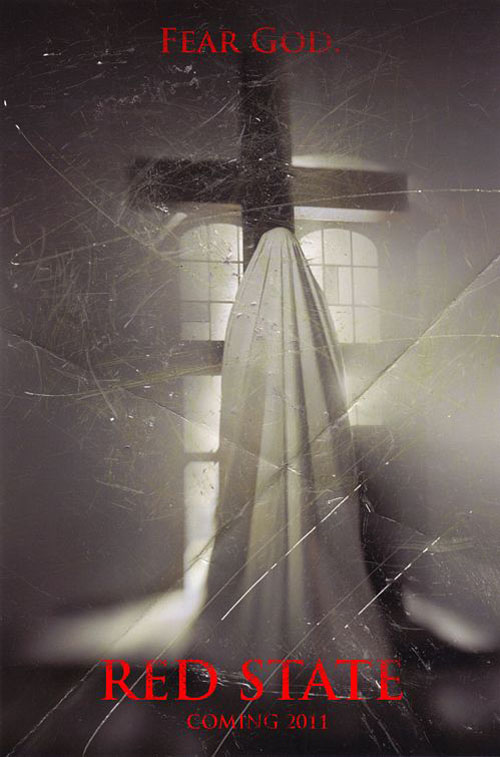 There’s not a lot to talk about here, other than the fact that I love this poster’s use of negative space – one man juxtaposed against an enormous baseball field. It’s sort of like the task that Billy Beane faces in the movie: to compete with big market teams on a small market budget. Plus, who doesn’t love a bird’s eye view of pristinely manicured grass? 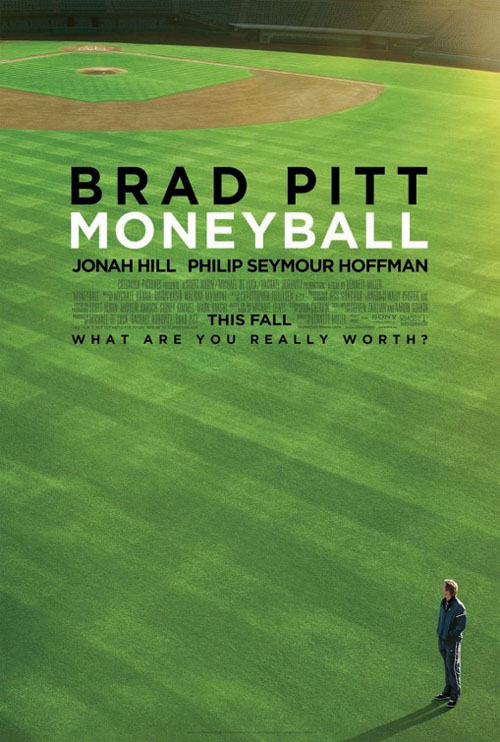 I’m a sucker for minimalist art on posters, and I’m doubly a sucker for anything basketball related. So, when I happened across this poster for the documentary about four African boys from Senegal hoping to make it big in the world of basketball, I had to include it on my list. 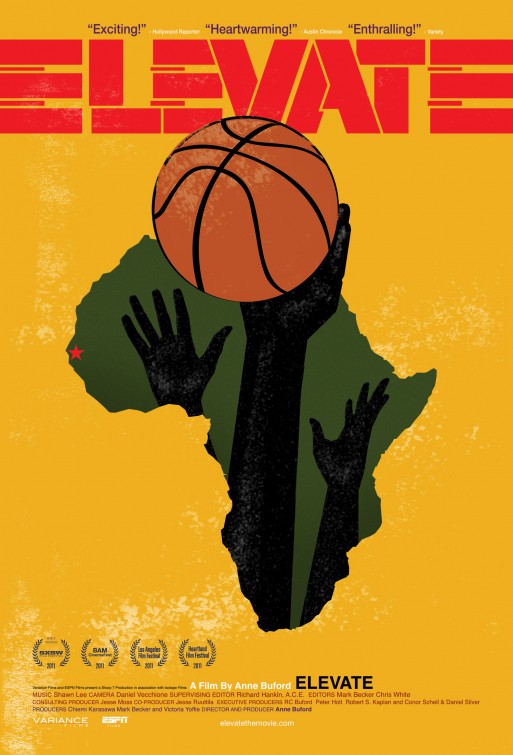 Not only do I dig the grindhouse/horror atmosphere that this poster gives off (yes, another faux-worn image), I also like the subversive humor going on here. With the word “Revenge” dripping oil instead of blood, you automatically assume that this is a horror movie for gigantic oil companies. The absurd $9.00 per gallon price shown on the sign plays to our fears of ever-rising gasoline prices. The car being struck by lighting and coming to life like Frankenstein’s monster is also a nice touch. Considering that this movie was directed by documentarian Chris Paine, who previously made ‘Who Killed the Electric Car?’, it only makes sense that the once-thought-dead technology would be out for revenge. 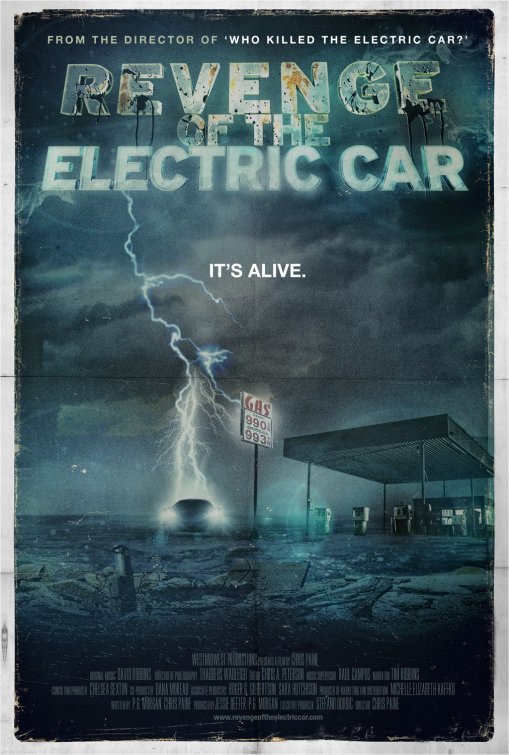 This one requires a little explaining. If this poster were indeed advertising a sappy romantic comedy called ‘Green with Envy’, it would possibly be included on my Worst Movie Posters of 2011 list. However, this is actually a subversively funny viral marketing attempt by Disney to promote ‘The Muppets’. Most people would see this poster and not think twice about it, but people who know what it’s really advertising may get a chuckle or two. I still laugh at that dopey grin on Jason Segel’s face. 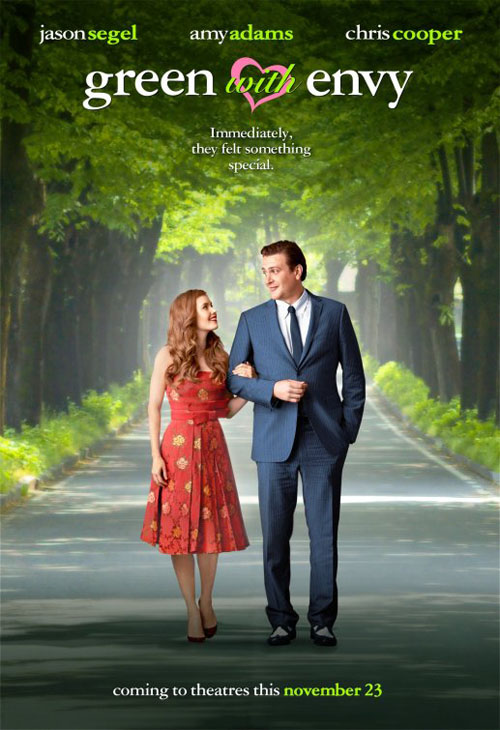 Most of the time, the most fun and unusual posters come from independent, lesser-known titles. Such is the case with ‘The Devil’s Double’. The movie premiered at Sundance earlier this year, and has since put out this gloriously audacious poster. You almost feel like you could melt this poster down and make some jewelry with it. It perfectly captures the greed on display in the movie. 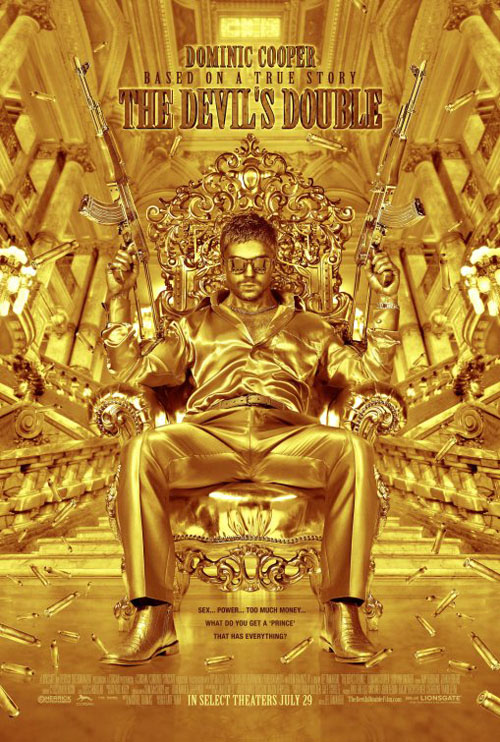 This poster is all kinds of fun. Not only does it accurately convey the type of character you’ll be following throughout the film, it also takes liberties with the shape of the poster itself. You don’t have to look too closely to catch onto the fact that it’s supposed to be the cover of a book you may happen across in the Young Adult section of the book store, right down to the battered, warped corner, meaningless book award emblem and bargain bin price tag. 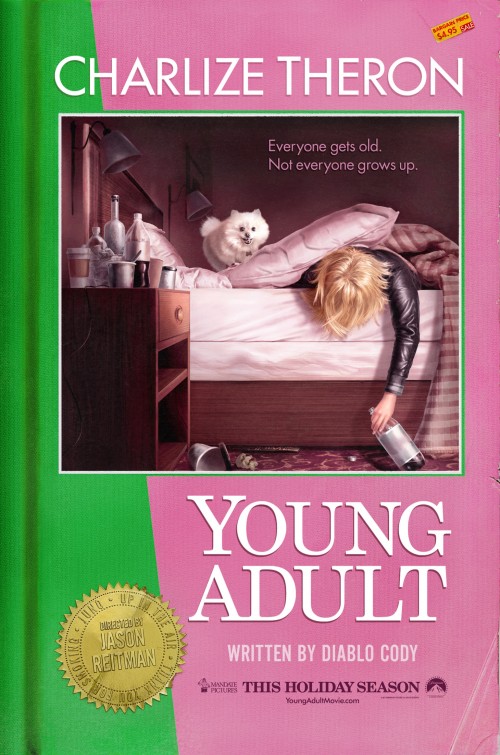 Her’s another example of how effective minimalist art can be. With only three colors, this poster conveys the sinister atmosphere awaiting you. The white of the child’s silhouette is unsettling, because you know that he’s evil, but he’s a child. What harm could he possibly do, right? 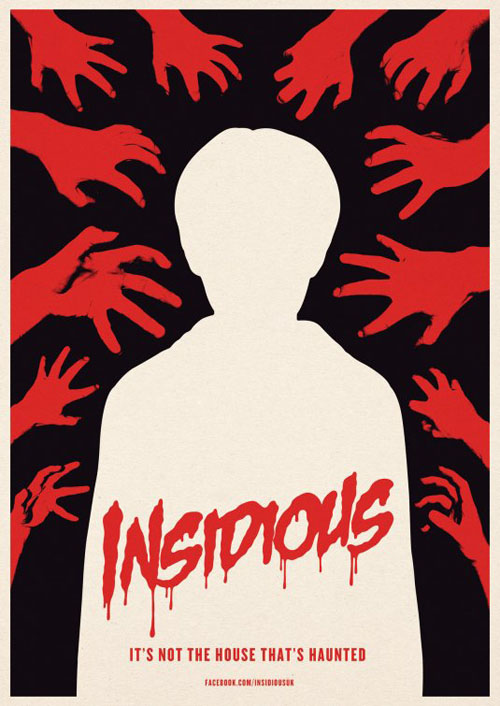 This one has no mention of the movie’s actual title, just a cryptic saying, a play on an overused illustration and a Twitter hashtag. That’s it. And really, that’s all that’s needed. This poster represents one of the more clever viral marketing campaigns released in 2011. Like the ‘Green with Envy’ poster above, this poster requires some participation from the consumer. It’s an in-joke that not everyone will get, but if you get it, then it gets you even more excited for the movie. 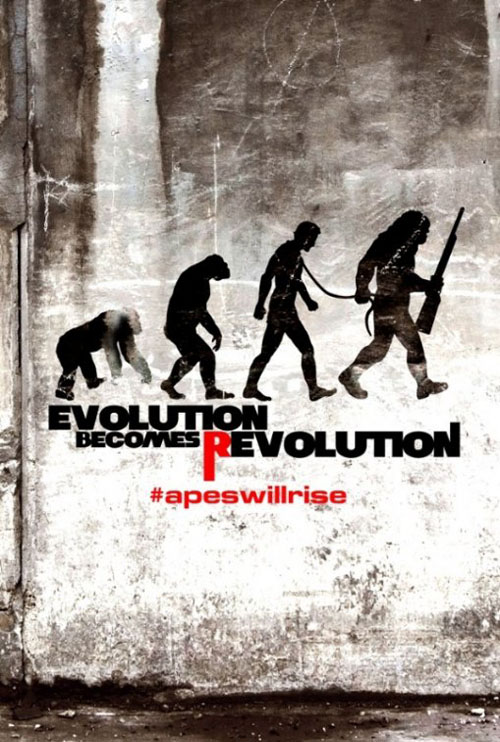 The use of white (and honey) space sets this ‘Pooh’ poster apart. The artwork is simple yet strikingly colorful, just like the actual film. Plus, if you ever wanted to frame a movie poster for your child’s room, you really aren’t going to do much better than this. 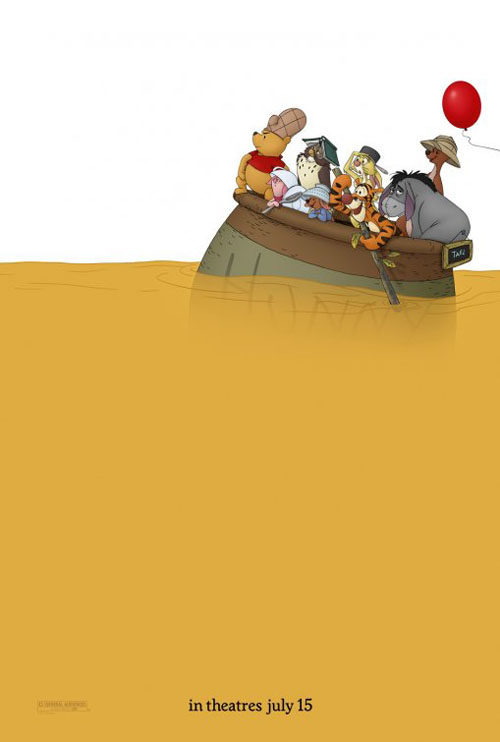 I struggled with which ‘Drive’ poster I should include. I love most of the ones that were released. I settled on this one simply because the other poster that featured Ryan Gosling behind the wheel of a car with a tagline that read “There are no clean getaways” has more of a generic action movie feel to it. Here, the tagline “Some heroes are real” is hidden off to the side. What you’re left with is the stark pink movie logo, and Gosling looking like the badass he is. 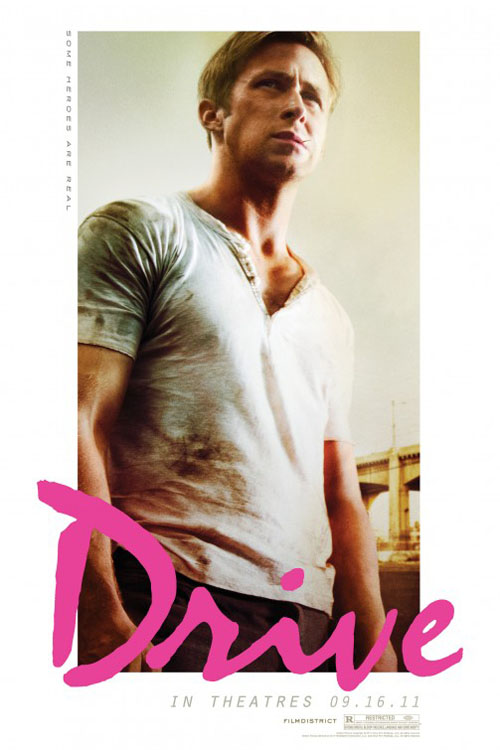 There were a few great posters released for this film. Most of them had ghostly shadowy hands reaching out from an eerie abyss. This one remains one of my favorites simply because we don’t see many hand-drawn movie posters anymore. It feels like a deliciously chilling cover for a horror novel or something. It catches your eye because you’re not used to seeing this type of art in mass-produced one-sheets. This is the type of work you see from the artists on MondoTees.com – you know, the posters that sell out before you ever have a chance of buying them. 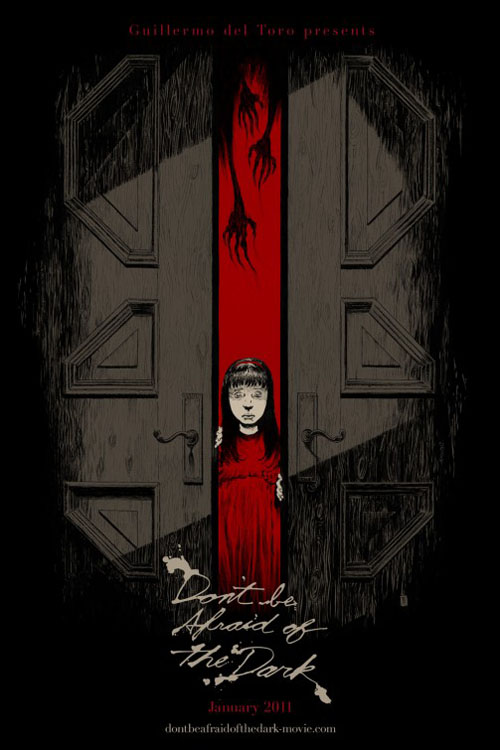 I don’t think that there was a movie poster this year that made so much sense showing so little. Just like the movie itself, this poster leaves you wondering. On the other hand, you know right off what the movie’s subject will be. 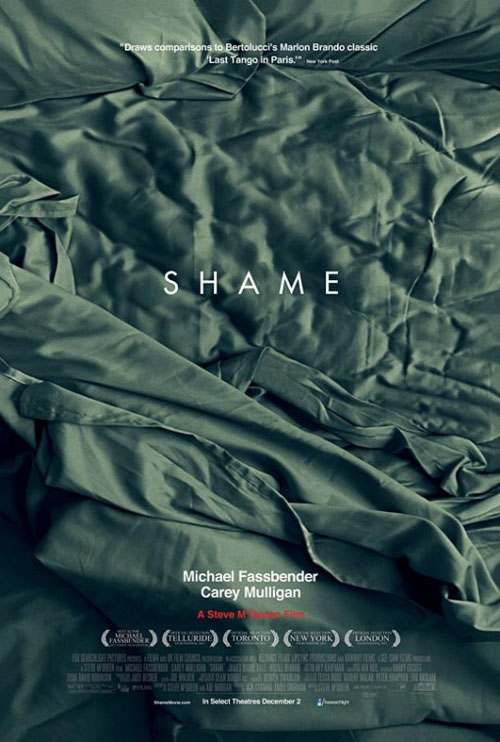 It’s simple, yet extremely effective. Take the well-known image of a lit fuse and let the audience get itself excited. This poster is the equivalent of a 30-second teaser trailer. It’s short, to the point, and achieves its purpose in exciting fans of the franchise. 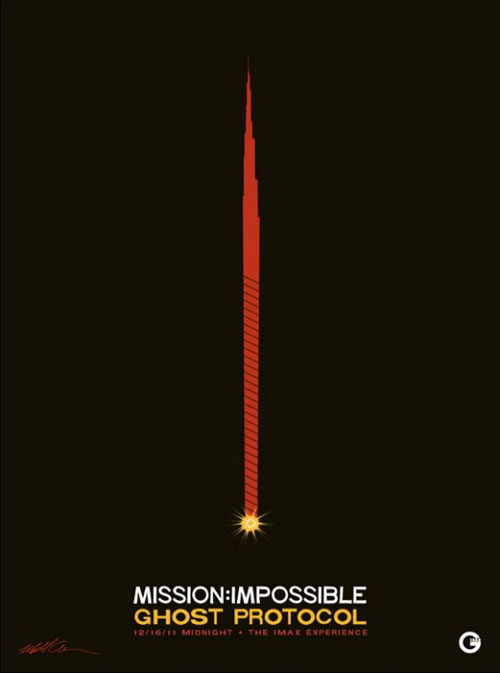 I know that I’ve been championing simplistic posters throughout this list, and at first glance, this ‘Tree of Life’ one-sheet seems anything but. With a total of 70 still images, this is by far the busiest poster that was released this year. However, with a movie so steeped in beautiful photography, is it any wonder that the poster would be plastered with it? Even though it’s busy, at the same time, it’s easy to look at. No giant floating celebrity heads, no unnecessary taglines, just a jumble of stunning still images. It’s complex and simple all at the same time. 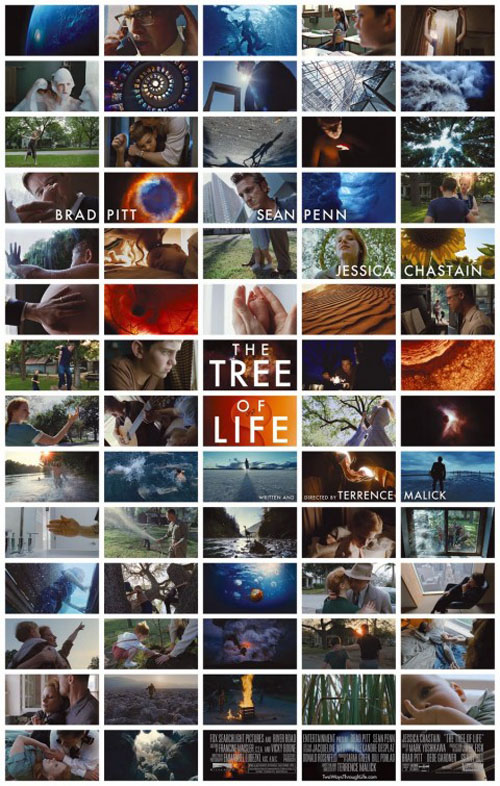