You’ve got a lot of choices when it comes to devices streaming Netflix, and no matter which option you pick, you’re making a trade off.  It might be the price, it might be the look, or it might be the functionality.  So what’s the best choice?  It depends on you.  Here are my three picks for standalone, integrated and gaming solutions. 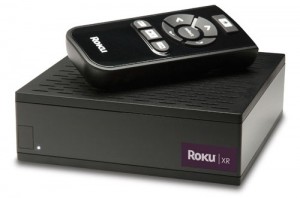 If you’re going to get a standalone Netflix player, you can’t do much better than the Roku HD XR.  It’s the cheapest option, at $129, and it supports everything Netflix offers, and everything they’ll be offering in the foreseeable future.  The Roku HD XR offers 720p video output and it’ll work with the upcoming Netflix 5.1 surround sound update.  It offers stereo audio outs, an optical output, and the option to send audio through HDMI.  Perhaps best of all, it’s got built in WiFi connectivity that supports 802.11N as well as WEP, WPA, and WPA2 encryption.

The menu is nice and snappy and there’s very little lag when navigating through your options.  Yes, the user interface is starting to feel a bit dated compared to other options, and the video quality could be better, but it remains the best standalone device, and one of the cheapest ways to get Netflix in HD

In addition to Netflix, the Roku player will give you access to Amazon on Demand, Blip.tv, Revision3, Pandora, and a bevy of other streaming services.

There are a lot of Blu-ray player options for Netflix streaming, but they generally don’t offer enough of a difference to get too excited about.  The Samsung BD-P3600 isn’t an expensive player by any means, but it does offer a great Netflix experience.  The downside to the 3600, if it can really be called a downside, is that the HQV chip from the previous year’s BD-P2500 isn’t present in the newer player.  This HQV upscaling made standard definition DVDs, and Netflix content look just a bit nicer than on the 3600.

Where the 3600 really wins out is in speed and connectivity.  It’s a faster loading player, which is great from a Blu-ray aspect, and it comes with a WiFi dongle.  If you don’t need to go wireless, you can still plug it in, but it’ll connect to your 802.11N network with ease.  The BD-P3600 also provides access to Pandora for your music streaming, which is great for parties, or for some nice background tunes.  You’ve also got access to YouTube and Blockbuster On Demand. 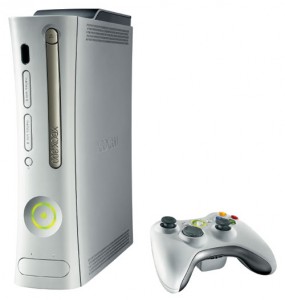 This is a hands down win.  While both the Wii and PS3 offer Netflix as a streaming option, neither matches up to the quality of the Xbox 360.  To start with, the 360 has the best Netflix interface there is, aside from using your PC.  It’s slick looking, it’s fast and intuitive, and it’s got some basic features that the others don’t.  You can play a movie directly from the selection menu, rather than having to go one deeper, for example.

The 360 also separates itself by showing an indicator of quality before your selection starts.  You know whether you’re getting an HD signal or something below.  It’s not a huge problem on the other systems, but it’s nice to know whether you should stop your downloads to get a better picture.

The PS3 at least for now, requires a disc for Netflix viewing, which is inconvenient.  Sony says that the PS3 will get disc-free streaming in the near future, which would make it a much better option, if not the best.  The biggest downside to using a 360 for Netflix is that in addition to the $8.99 (minimum) you’re shelling out to Netflix every month, you’ve got to be an Xbox Live subscriber, at $5 a month.  Add that up and it’s an extra $60 a year.