The Spotlight section of Sundance always contains an interesting bunch of movies. While most of the films that play at Sundance are considered world premieres, a handful of movies are selected that have premiered elsewhere first. These are the spotlight films.

Described by Sundance as “cinema we love” regardless of where the movies premiered, Spotlight usually brings a healthy dose of films that were first seen at other festivals like Toronto or Cannes. Last year’s Spotlight section boasted a handful of well-known titles like ‘Submarine’, ‘I Saw the Devil’, ‘Incendies’, and ‘Elite Squad 2’.

Since many of these movies have already premiered elsewhere in the world, it should be easy to find trailers for them online. 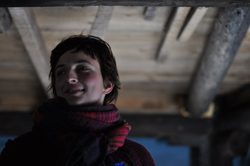 Synopsis: After moving back to southern Italy with her mother and older sister, 13-year-old Marta struggles to find her place, restlessly testing the boundaries of an unfamiliar city and the catechism of the Catholic church.

Thoughts: The trailer (which I unfortunately couldn’t find with subtitles) seems to portray a young girl trying to find herself as she struggles with her new surroundings and the oppressive nature of the Catholic church. As we’ve seen from the other announcements, Sundance leans heavily on these coming-of-age stories, and this one seems to fall directly into that genre.

Synopsis: A young couple embark upon a painful, enlightening journey when they discover that their newborn child is very ill.

Thoughts: This is the North American premiere of ‘Declaration of War’, a movie that’s certain to be a gut punch to any parents in the audience. With an ill child, mother and father try to make sense of their dire situation. It looks like a heart-tugger, that’s for sure. 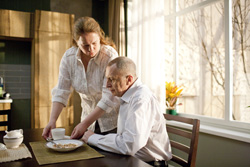 Synopsis: A meditative, modern-noir tale about an older woman, Elena, who marries the wealthy businessman for whom she worked. When his health fails, she is forced to deal with his estranged daughter who threatens her inheritance.

Thoughts: After watching the trailer, ‘Elena’ has a fairly attractive premise. Nothing creates conflict and struggle like the promise of money. To what lengths will a dysfunctional family go in order to protect their inheritance? The film won a special grand jury prize at Cannes, so it’s probably worth seeing.

Synopsis: An elegant reflection on loss and death focused on an Algerian immigrant teacher who brings emotional stability to a Montreal middle school class shaken by the suicide of their well-liked teacher.

Thoughts: The trailer for ‘Monsieur Lazhar’ paints a picture of a heart-warming story where a teacher connects with his young students and helps them through this difficult process. Since many of the movies at the festival tend to be full of drama and individual character anguish, it might be nice to see something a little uplifting.

Synopsis: A Samoan villager must defend his land and family when they’re threatened by powerful adversaries.

Thoughts: The synopsis here doesn’t really do the movie justice. It leaves out one tiny thing about the physical nature of the main character. He’s a little person, which seems to make his story even more harrowing.

Synopsis: All hell breaks loose when an elite S.W.A.T. team, given orders to raid a run-down Jakarta apartment building that houses the city’s most notorious crime boss, is forced to fight its way to freedom or die trying.

Thoughts: This is perhaps one of the movies at the festival I’m most excited for. Gareth Evans’ ‘The Raid’ has already premiered elsewhere, but it will have its U.S. premiere at Sundance this year. The trailer makes the movie look like two hours of solid action. Will it be shaky-cam indistinct action or action you can actually follow? I’m just excited to see what it’s like. It looks like a whole lot of fun. 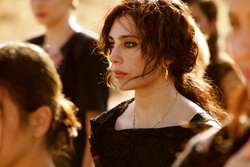 Synopsis: A group of Lebanese women try to ease religious tensions between Christians and Muslims in their village.

Thoughts: This looks like a really good, light-hearted comedy mixed together with very real religious strife. It’s Muslims against Christians, but a group of village women try to bring everyone together by opening up a brothel of sorts. At least, that’s what it looks like in the trailer.

Synopsis: A freshly-conceived retelling of Emily Bronte’s classic novel about Heathcliff and Cathy, two teenagers whose passionate love for each other creates a storm of vengeance.

Thoughts: From the movie’s trailer, it would seem that this adaption of Emily Bronte’s story leans toward the darker side of things. It looks very much like an adaption made for art house cinemas.

Synopsis: While still mourning the recent death of his brother, a bereft and confused man finds love and direction in a most unexpected place.

Thoughts: This one is on my must-see list mainly because Mark Duplass equals comedy gold. Throw in two very talented co-stars in Emily Blunt and Rosemarie DeWitt, and you’ve got the makings of a great dramedy. I can’t wait to see it.

Remember to follow me on Twitter @AaronPeck. I’ll be tweeting all sorts of advanced 140-character movie reviews and pictures of random celebrities I see around town.