The time has come to announce the winner of last week’s ‘Sucker Punch’ giveway. Let’s waste no more time, and get this thing going, shall we?

The challenge was to write a witty or clever caption for the following image: 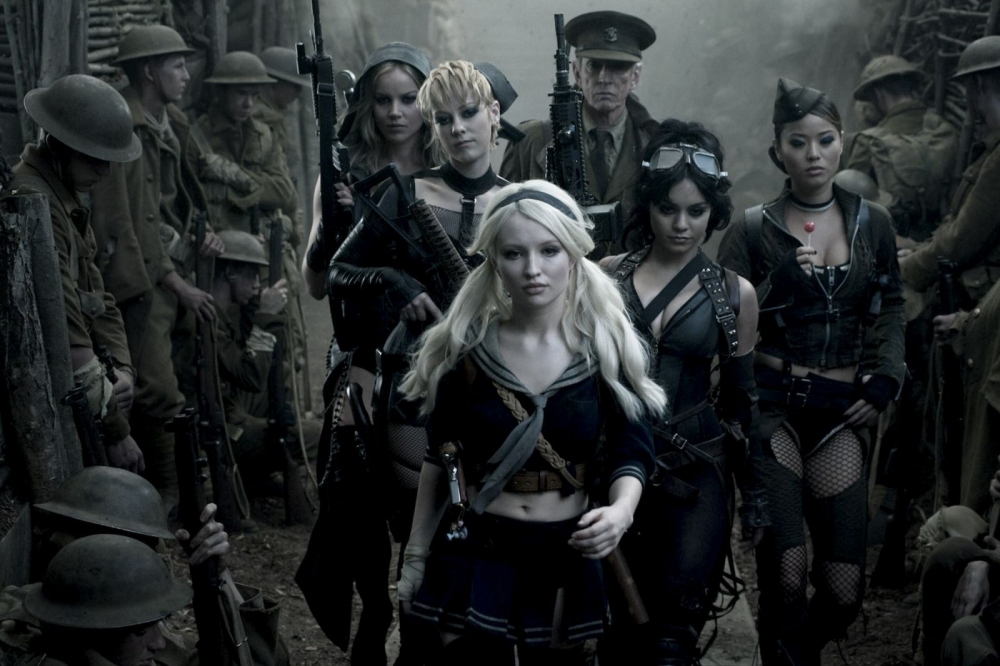 We had a couple hundred entries, and many, many of them were hilarious. Ultimately, I decided to narrow the results down to just 10 honorable mentions and one winner. The competition was fierce, but here’s what caught my fancy.

Requested three months supply of Penicillin, Morphine, and MRE’s, and what do they send us? Lollipops.

The struggle for world domination will be fought entirely between us, between Germans and prostitutes. All else is facade and illusion. Behind England stands Heidi Fleiss, and behind Hugh Grant, and behind Eddie Murphy. Even when we have driven the hookers out of Germany, she remains our world enemy.

Somebody misinterpreted the army’s order of “bombshells”.

Matt in the hat wrote:

Moulin Rouge ain’t got nothin’ on me!

Optical Illusion: look long enough and you will see Scott Glenn in the background.

I’m not even going to pretend to explain why I picked these and not others. Humor is of course subjective. For whatever reason, these lines just hit me the right way. Especially Jason’s “Fox Hole” joke, which is a classic Henny Youngman-style zinger that deserves a good rimshot at the end.

Unfortunately, we only have one disc to give away. And that prize goes to…

“YES! Alas, my army of jailbait has made the robot Nazis surrender! Now, time for pie!”

What is it about this entry that made me select it over 200 others? It just seems to perfectly capture the absurdity of the movie’s story. And that “Now, time for pie!” line really gets me. It’s as simple as that.

This means that James has won a copy of ‘Sucker Punch‘ on Blu-ray. Congratulations to James, and thank you to everyone else for participating!