By this point, fans and collectors probably take it for granted that movies from the Marvel Cinematic Universe will get SteelBook editions on Blu-ray. Few of them are as truly inspired as this artwork for the franchise’s latest blockbuster, however.

‘Guardians of the Galaxy’

If you’ve seen the movie, you should understand why this retro design that transforms the entire case into an old cassette tape deck is wonderfully fitting. This may be my favorite disc case art since the Criterion Collection edition of David Cronenberg’s ‘Videodrome‘, which looks like a Beta videotape. I like it so much that I’ll even forgive it for not having the movie’s title written anywhere, which is usually a pet peeve of mine. 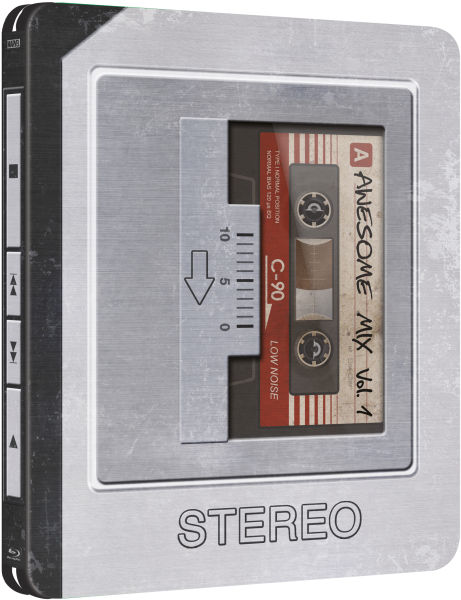 Unlike many SteelBooks, this Zavvi exclusive will contain both 3D and 2D versions of the movie. The Blu-ray is currently listed as “Sold Out,” but Zavvi often flags new items that way before they officially open for sale.

Some UK SteelBooks also make their way to the United States as retailer exclusives with Best Buy, Target or Walmart. Hopefully, that will also happen with this one.