Turn on your heartlight! Steven Spielberg’s beloved 1982 masterpiece ‘E.T. The Extra-Terrestrial‘ celebrates its 30th anniversary this year, and the U.K. will light the way with a Blu-ray SteelBook!

The U.K. will also get a SteelBook for this Blu-ray. (Click the image below to enlarge.) 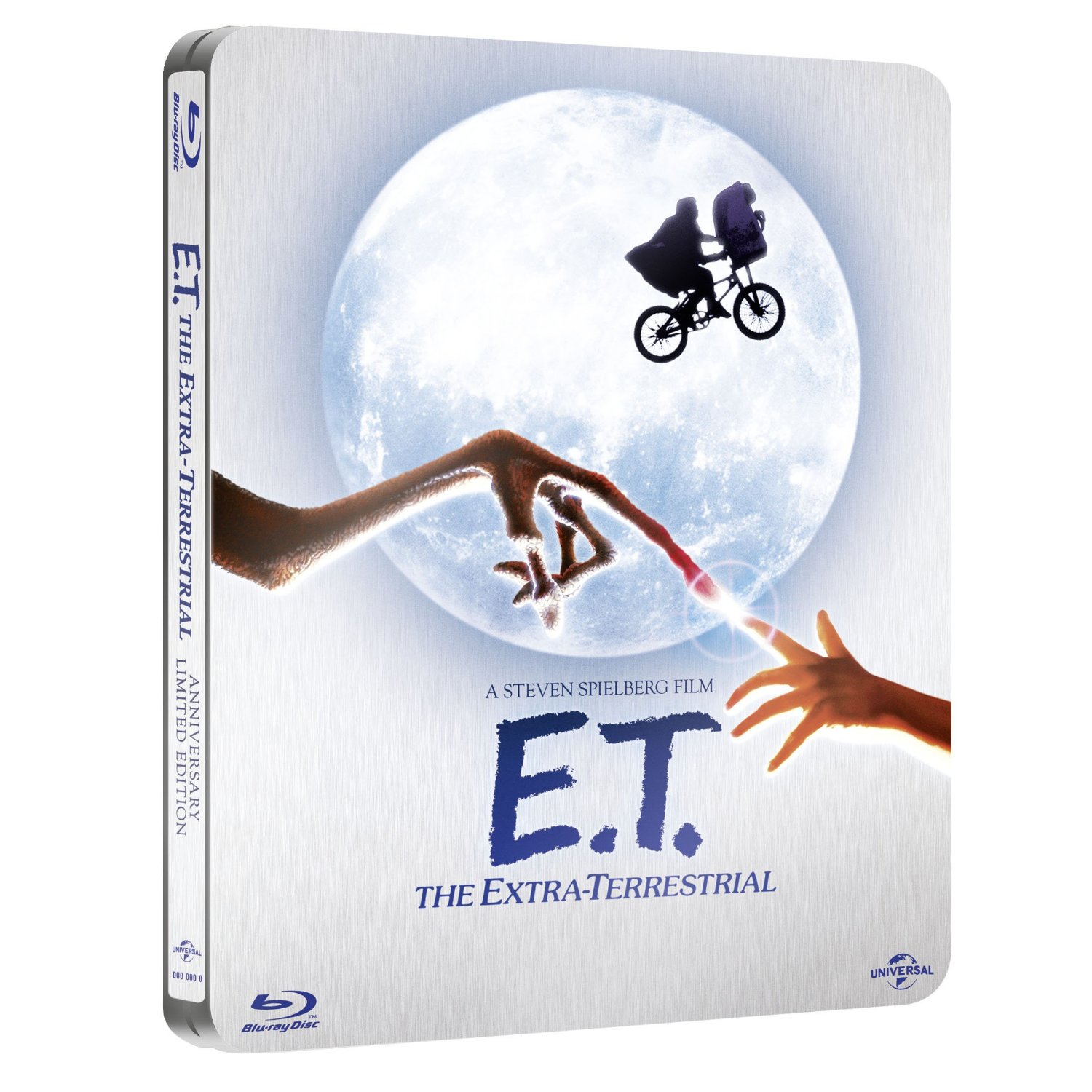 I really like the design of this SteelBook, which highlights two classic images from the film. I’m just not sure about all of the white right now, though. A black or navy blue background would have probably made the moon and finger glow even more striking, but maybe that’s just me.

Not much is known about the release yet, but the Blu-ray will feature re-mastered 1080p video, a DTS-HD Master Audio 7.1 soundtrack, and will include an Ultraviolet Digital Copy.