If you’ll recall back to the heady days of the high-def format war in 2006, all of Paramount’s early Blu-ray (and HD DVD, for that matter) releases opened with a forced trailer that showcased the many exciting titles that the studio planned to unleash in high definition glory. Prominently featured was a clip from ‘Team America’. Sadly, no official release announcement ever followed. Eventually, as Paramount’s interest in releasing catalog titles dwindled, fans just gave up on it.

Well, here we are seven years later. While there’s still no sign of the movie on Blu-ray in North America, UK retailer Zavvi has posted a listing for a very nice SteelBook edition, scheduled for release on October 28th: 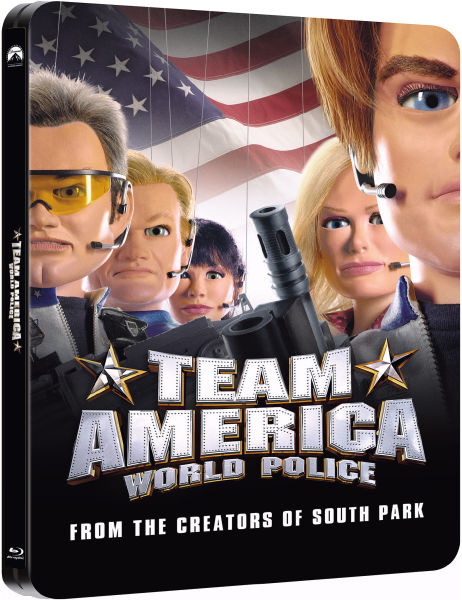 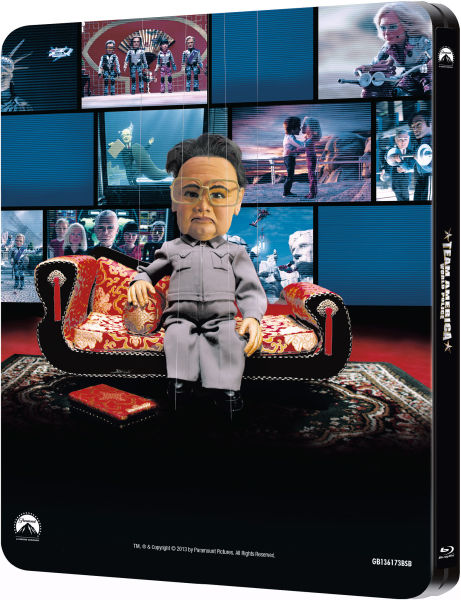 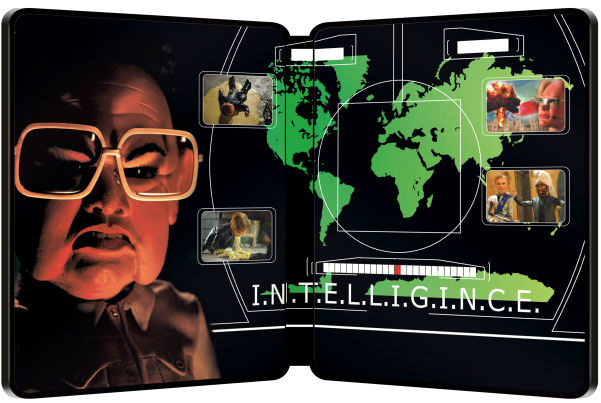 Yes, it seems kind of ironic that the first Blu-ray release of a movie called ‘Team America’ would come from overseas. I’m sure that an American release for the movie will probably be announced shortly, though without the SteelBook.

Zavvi will ship to the United States, and Paramount’s Blu-ray releases are generally region-free.