The ‘Men in Black’ are back, in style and in steel. To celebrate the franchise’s return, Future Shop in Canada will package all three films featuring Agents J and K inside exclusive Blur-ay SteelBooks this November.

From the ‘Men in Black 3‘ film synopsis:

In Men in Black™ 3, Agents J (Will Smith) and K (Tommy Lee Jones) are back… in time. J has seen some inexplicable things in his 15 years with the Men in Black, but nothing, not even aliens, perplexes him as much as his wry, reticent partner. But when K’s life and the fate of the planet are put at stake, Agent J will have to travel back in time to put things right. J discovers that there are secrets to the universe that K never told him – secrets that will reveal themselves as he teams up with the young Agent K (Josh Brolin) to save his partner, the agency, and the future of humankind.

The SteelBook will be exclusively available at Future Shop in Canada on November 30th. The design of the case features an image of Agent J that, if you look closely, is actually made up of a bunch of smaller “MIB”s, which is kind of cool. (Click the images below to enlarge.) 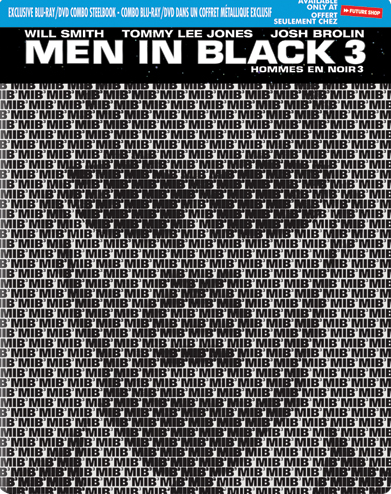 The Blu-ray/DVD/Digital Copy combo pack will feature 1080p video and a DTS-HD Master Audio 5.1 soundtrack. Supplement for this release will include:

Future Shop will also give both ‘Men in Black‘ and ‘Men in Black II‘ SteelBooks for $19.99 each (shown below). The site currently says they’re sold out, but that’s just because a date hasn’t been finalized yet. 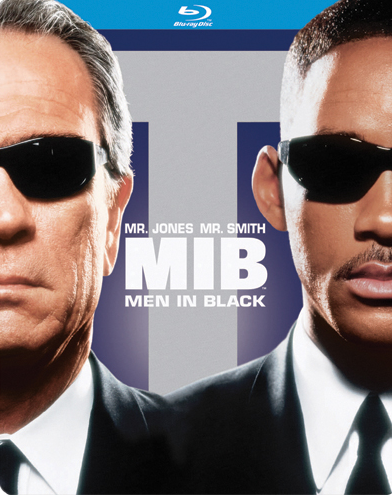 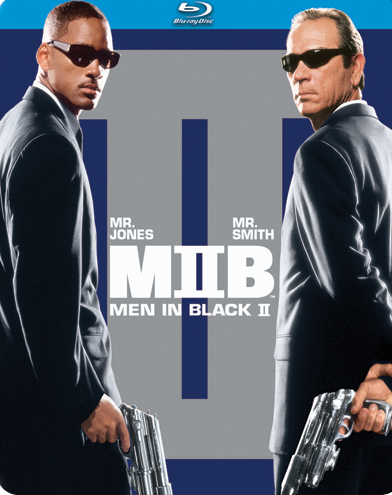 The SteelBook for ‘Men in Black 3’ can be pre-ordered here for $34.99 CAD. Note that SteelBook only contains the 2D Blu-ray, not the 3D edition, and Future Shop still won’t ship outside of Canada.