“Lullaby, and good night… you’re your mother’s delight. Shining angels beside… my darling abide. Soft and warm is your bed… close your eyes and rest your head. Save some face… if you can – ’cause that’s no Sandman.” Just a few days before Ridley Scott’s sci-fi epic ‘Prometheus’ hits theaters on June 8th, British retailer Play.com is set to release a new Blu-ray edition of the ‘Alien Anthology‘ in SteelBook packaging.

This particular set will include the previously-released ‘Alien’, ‘Aliens’, ‘Alien 3’ and ‘Alien Resurrection’ discs (though don’t get your hopes up for the “Making the Anthology” and “The Anthology Archives” bonus discs) all housed inside a sleek, jet-black metal case with the iconic face-hugger predominantly featured in the design. Check out the front below: 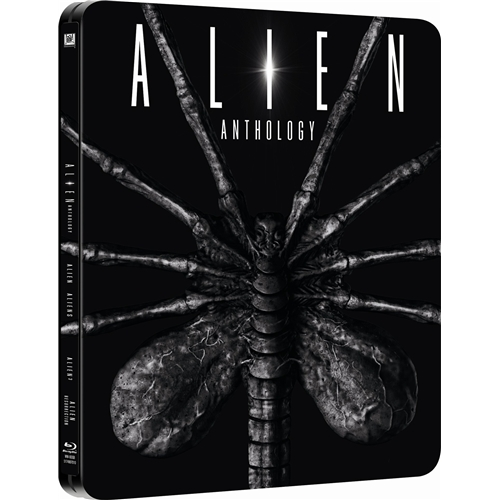 As you can see, the design is simply gorgeous and certainly one of the best we’ve seen to date. The artwork also continues around the rear, making it seem like the alien has latched itself onto the case with its tail dangling up the middle: 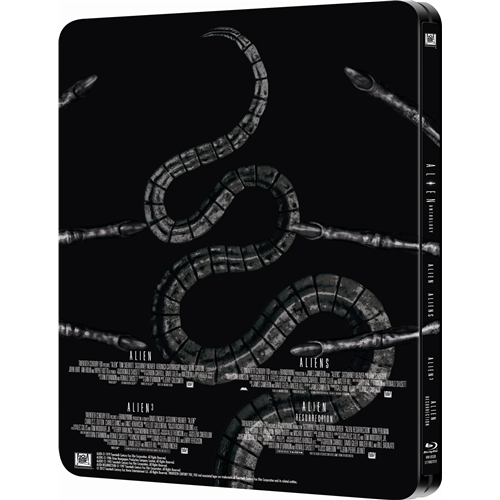 There’s even some fantastic art on the inside to complete the package: 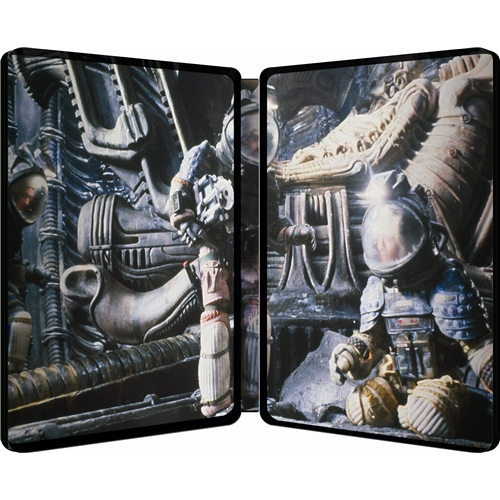 The SteelBook for the ‘Alien Anthology’ will be available on June 4th and can be pre-ordered exclusively at Play.com for £19.99. The Blu-rays should be region-free, but unfortunately Play will not ship to North America.