Remember that iconic scene where James Bond finds himself in an awkward predicament and he says to Goldfinger, “Do you expect me to talk?” – to which Goldfinger cackles, “No, Mr. Bond, I expect you to die!“? Well, talking is the name of the game in ‘Spyfall’, a quick little party game published in North America by Cryptozoic Entertainment.

“Loose lips sink ships” is a saying that dates back to the days of WWII. It also represents a vital wartime principle. There were lots of things that could give spies away – rust-free staples in their documents, square-headed nails in the soles of their boots, and so on… This game offers everyone an opportunity to walk a mile in the shoes of both a spy who’s close to having their cover blown and the special agent who’s hot on the spy’s heels. ‘Spyfall’ is a social deduction game for 3-8 players designed by Alexander Ushan that takes place over a series of 8-minute rounds. Before a round begins, each player receives a card in secret from one of thirty 8-card mini decks chosen at random. Each deck includes seven cards that all pertain to the same specific location, such as a Submarine or a Supermarket, while the eighth card is just identified as a “Spy.” The cards are dealt so that one person always receives the Spy card and the others get the location.

The game provides Ziploc baggies to separate all the decks beforehand, in order to keep them neatly organized in little mission packets. The rules suggest that the Spy card should be the top card in each of the decks, however I personally prefer having the Spy at the bottom. I found that this reduces the risk of the location being seen before the cards are handed out.

Once everyone has a card, the players – starting with the dealer – take turns asking each other questions. Non-spies want to provide hints to one another proving where they are (and that they aren’t the spy), but the key is not to be too obvious about it. The spy not only has to figure out where he is, but also has to respond in such a way to keep his cover from being blown. The player who was asked the last question then asks the next to anyone of his choosing and so on, the only stipulation being not to ask the same person who just questioned him (so no back-and-forths between two players). 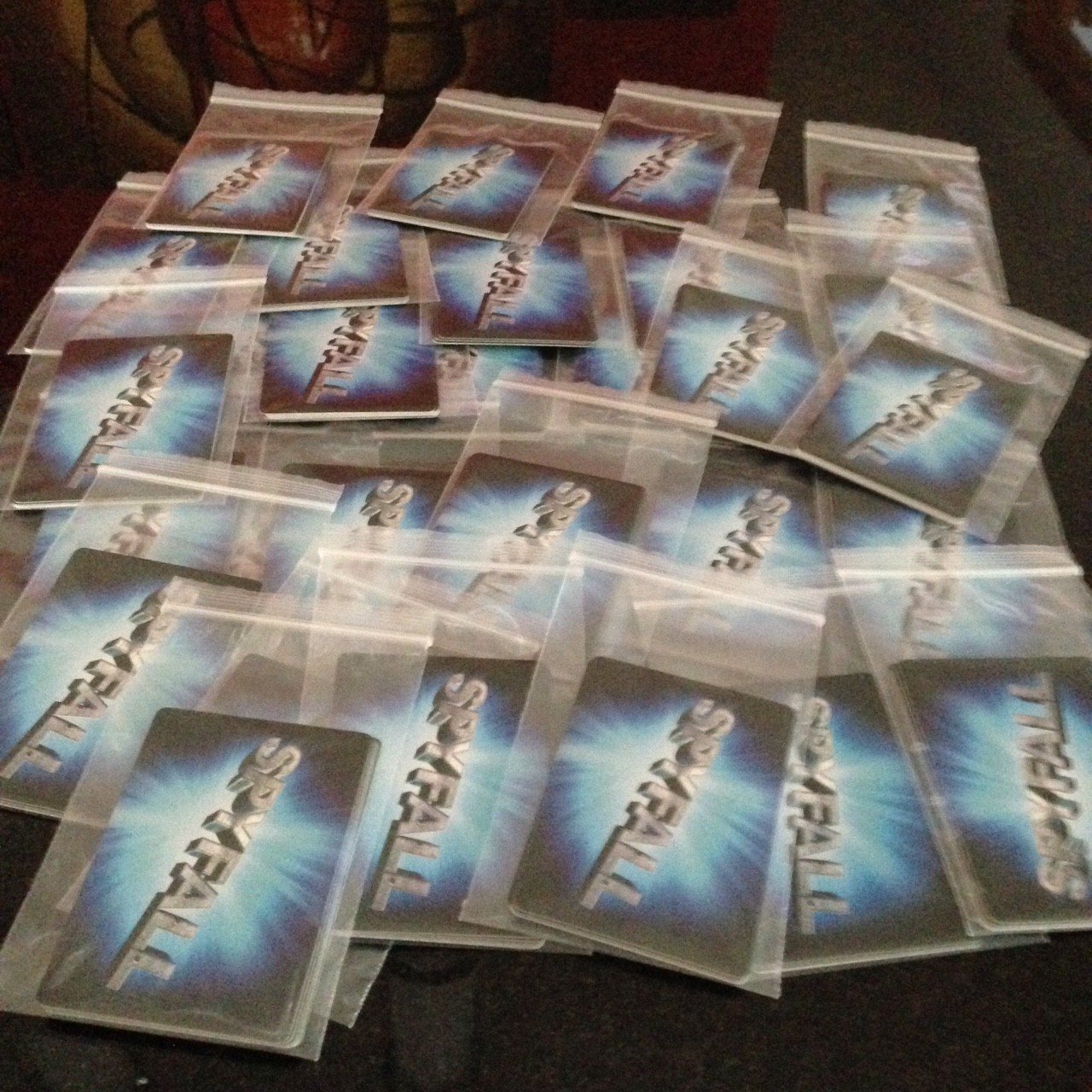 Each player can also – once-per-round – perform one action that temporarily stops the clock. The non-spies can accuse someone of being a spy, then the rest of the players (except the accused) vote. Only when it’s unanimously agreed, the accused player reveals his card. If he’s indeed a spy, then the non-spies win. Otherwise, the spy wins. Likewise, the spy can at any time – except during an accusation – reveal himself and attempt to guess the current location. If correct, he wins, but if not, everyone else is victorious.

When time is up – and only if someone hasn’t already been exposed – the players make one final vote on who they believe is the spy. The spy wins if he’s either not singled out, or the other players can’t come to a unanimous decision. ‘Spyfall’ also has a point system to determine the overall winner after X amount of rounds, although this is mainly only for those who want a more competitive game.

It should be noted that the location cards also include roles on them. For example, if the location is the Airplane, you might end up being the Pilot, Flight Attendant, or even a Stowaway. These roles can be used to help players with their questions and responses. However, just like the point system, their usage is entirely optional.

The locations included are:

The locations from the European release that are not included in this edition are:

‘Spyfall’ is one of those games that’s much harder than it looks. Coming up with the right questions/responses without being a dead giveaway is certainly a challenge for the non-spies, but it’s even more difficult if you’re the spy since you don’t have a clue where you are. Not only that, the game can get pretty intense as time winds down and your mind races with suspicious characters (or plausible locations if you’re the spy). It can also be a decent filler type game as it only takes about a minute to set up and several rounds can be played in an hour or so.

That said, is ‘Spyfall’ for you? Well, that depends. The overall enjoyment of this game completely hangs on your play group. Quick thinkers and those who have had some fun with games like ‘Werewolf’ or ‘Mafia’ will no doubt find it a blast. But if just one person hates those kinds of games and/or just totally sucks at giving clues, it can fall apart pretty fast.