It’s beginning to look a lot like… DEATH! The holiday-themed expansion for Blue Wizard Digital’s ‘Slayaway Camp’ has arrived from the North Pole and is now ready for download on Steam. If you’d like to win a copy of the game, here’s your chance! Ho! Ho! Ho!

“The teenagers of Slayaway Camp thought the summer’s nightmare was over… but, it was only in the middle. When Santaland’s jolly St. Nick is hideously murdered, it’s clear that crazed killer Skullface has returned! And no minimum wage part-time elf is safe in this holiday mall massacre. Remember, he knows if you’ve been naughty or nice… so be DEAD for deadness sake.”

If you aren’t familiar with ‘Slayaway Camp’ you can read my full review from last month. In short, it’s a “killer puzzle” game where the goal is to slide around a cute little psycho murderer and dispatch helpless victims in a variety of blood-soaked (but humorous) ways. The game was released just in time for this past Halloween and does an amazing job paying homage to 1980s slasher films.

The first expansion to the game, ‘Santa’s Slay’, has recently hit Steam, and adds a Christmas-themed horror movie to the app’s video store. There are 13 new puzzle “scenes” to work through (and even more once the NC-17 Scenes and Deleted Scenes have been unlocked). The expansion also introduces a new killer to play with: Santa Skullface. 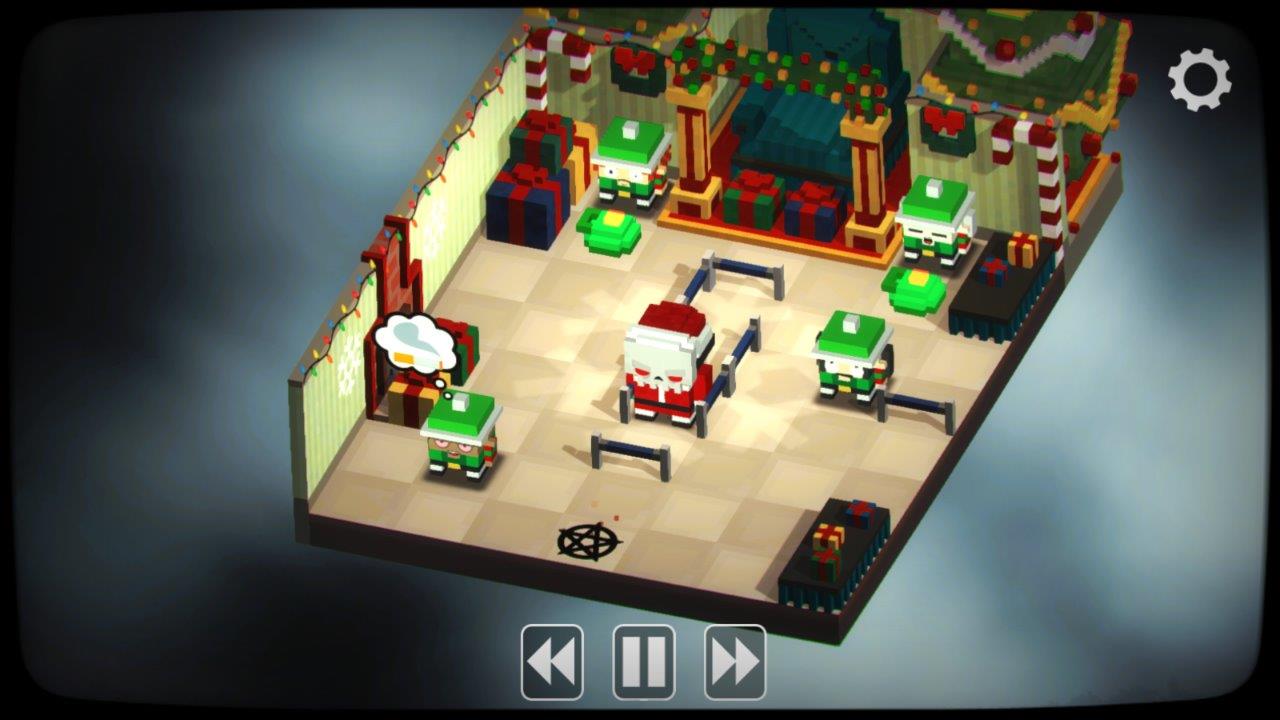 ‘Santa’s Slay’ doesn’t really add anything new in terms of gameplay, but the fun Christmas-mode graphics will surely put players in a festive spirit. The puzzles are challenging, too, with a difficulty level on par with the last couple of movies from the original game.

But wait… there’s more! The folks at Blue Wizard Digital have given us a few extra game codes, and we’d like to give them away. All you have to do is post in the Comments section below your favorite horror movie villain between now and midnight (PST) on December 24th. One lucky random winner will receive a code for both ‘Slayaway Camp’ + ‘Santa’s Slay’ while a runner-up will receive the code for ‘Slayaway Camp’. Winners will be revealed on Christmas Day.