Jezebel may be a poor man’s Gone with the Wind, but it’s still a very rich cinematic experience, thanks to Bette Davis’ Oscar-winning performance and William Wyler’s superior direction. Fans of Golden Age classics and diva Davis will definitely give a damn about this excellent Warner Archive release.

When Bette Davis lost the coveted role of Scarlett O’Hara in Gone with the Wind to Vivien Leigh, studio chief Jack Warner dug up a similar property for his temperamental actress, then craftily rushed it into production so it would beat David O. Selznick’s epic into theaters. Jezebel may have been a Broadway flop, but it would be an unqualified success for Davis, winning the star her second Best Actress Oscar and launching a decade of slick, prestigious vehicles meticulously designed to showcase her unique talent and magnetism. Though the story lacks the scope and sweep of Margaret Mitchell’s opus, Jezebel paints a thoughtful, often riveting portrait of the antebellum South, and features a heroine so brazenly willful and manipulative, she makes Scarlett look like her goody-two-shoes rival, Melanie Wilkes.

Julie Marsden (Davis) scandalizes New Orleans society with head-spinning regularity, and her on-again/off-again romance with banker Preston Dillard (Henry Fonda) and dalliance with rascal Buck Cantrell (George Brent) incite plenty of gossip. The spoiled Julie, however, couldn’t care less. She lives life on her own terms and refuses to kowtow to any mandated moral or social code. Julie loves to stir the pot, but when she defiantly wears a “vulgar” red dress to the all-white Olympus Ball, she finally goes too far, mortally embarrassing Preston, her Aunt Belle (Fay Bainter) – with whom she lives – and even herself.

The upstanding Pres abruptly breaks off their engagement, but when he returns to Louisiana a year later after a stint up North, a kinder, gentler, and very repentant Julie seeks to reclaim him. Those plans go awry when Pres drops a bombshell, which in turn jolts Julie out of her funk and provokes her to resume her wicked ways. Factor in a raging Yellow Fever epidemic that threatens to wipe out the Mississippi Delta and it’s tough to determine what’s more deadly – nature’s wrath or Julie’s.

Jezebel marked the first of three collaborations between Davis and director William Wyler (The Letter and The Little Foxes are the others), and his influence upon her cannot be overstated. Tough yet tender, confident in his convictions, and stubborn as a mule, Wyler refused to be Davis’ doormat, and fought tooth and nail with her over the most minuscule details. He exasperated her no end, but earned her undying respect (and, reportedly, love), and transformed her into a motion picture actress of the highest order. When left to her own devices (or paired with a namby-pamby director whom she could browbeat and manipulate), Davis was prone to wildly indulgent histrionic displays, but Wyler somehow reined her in, toned her down, suppressed those so often caricatured Bette Davis mannerisms, and helped her truly become her character. Rarely does Davis raise her voice in Jezebel, yet she contributes such a powerful performance, we hang onto her every word, gesture, and nuance. Her work is so strong that, for a moment or two, we almost forget we’re watching Bette Davis. That’s perhaps the highest praise this legendary performer ever could have desired.

Davis dominates Jezebel like Julie rules New Orleans. Although she receives ample support from Fonda, Brent, and Bainter (who also won a well-deserved Oscar for her supporting role), her true co-star is Wyler. Jezebel walks a fine line, as it both honors the genteel Southern culture and indicts the close-mindedness that would hasten its demise, and Wyler superbly depicts the dichotomy. He also manages to maintain a sense of intimacy in large-scale scenes, never allowing the characters to be dwarfed by the sumptuous sets and costumes. Best of all, no lulls or lags plague the film; even sequences of minimal consequence crackle with a subtle tension that keeps us engaged. (A few uncomfortable racial stereotypes break the spell, but such was the unfortunate tenor of the times, and it’s tough to fault a film for reflecting its period.) It would have been easy for Wyler to try and outdo – or at least compete with – Gone with the Wind, but he wisely resists the temptation, instead maintaining a tight focus, even during the Yellow Fever epidemic, and the film is far stronger because of it.

Davis always credited Wyler’s contributions, even if it meant diminishing the impact of her own work. In her 1962 autobiography, The Lonely Life, she wrote: “He made my performance. He made the script. Jezebel is a fine picture. It was all Wyler. I had known all the horrors of no direction and bad direction. I now knew what a great director was and what he could mean to an actress. I will always be grateful to him for his toughness and his genius.”

And so are we.

Bette Davis fans, rejoice! With Jezebel currently available and The Letter arriving later this month (and Now, Voyager coming from Criterion in November), this is a very special time for Davis aficionados who have patiently pined for more of the star’s classic work to debut on Blu-ray. The good news is that the Warner Archive is pretty persnickety regarding quality, so when the label releases a coveted title, it’s usually worth the wait. Jezebel is no exception. The 81-year-old film looks and sounds great, thanks to a top-flight 1080p/AVC MPEG-4 transfer that’s a nice step up from the 2006 DVD.

The DTS-HD Master Audio 2.0 mono track supplies clear, well-modulated sound. Any age-related hiss, pops, or crackle have been erased. All the dialogue is easy to understand (except for Brent’s occasional mumbling), and Max Steiner’s sweeping score fills the room with ease.

Warner transports all the extras from the 2006 DVD over to this Blu-ray release. An audio commentary by film historian and archivist Jeanine Basinger kicks things off, followed by
Jezebel: Legend of the South, a comprehensive, stylishly produced 24-minute featurette that chronicles the film’s production history and evaluates its various technical elements through stills, film clips, and analyses by an army of film historians. The piece looks at the South’s stringent codes and indigenous subculture and how the movie had to be true to both the period in which the picture takes place and the ideals of its contemporary audience to be a success. Considerable time is spent dissecting the genius of director William Wyler and assessing the contributions of the film’s stars, but examinations of Ernest Haller’s cinematography, Orry-Kelly’s costumes, and Max Steiner’s music also enhance our appreciation of Jezebel and the meticulous attention to detail that distinguishes it.

There’s also a mildly amusing Looney Tunes cartoon, a big band short subject, and a re-release trailer. The one new extra is a vintage promo for Jezebel (see video link above) that features a relaxed Bette Davis hyping the picture to a young photographer on the Warner lot. 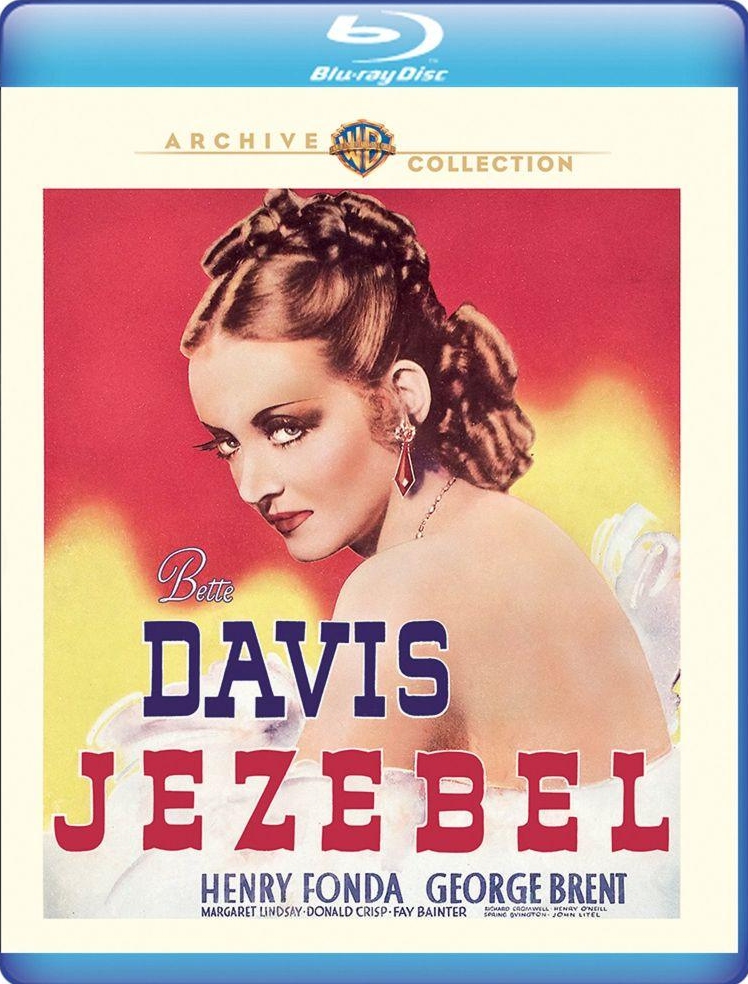