This weekend brought us more sad news. Neil Armstrong, the first man to walk on the moon, passed away at the age of 82 on Saturday. Armstrong’s place in history cannot be overstated. Only eleven other human beings have ever set foot on the moon, and he was the first. In remembrance and celebration of Neil Armstrong’s amazing accomplishment, I’d like to take this opportunity to send one of our readers a copy of the excellent documentary ‘In the Shadow of the Moon‘, which features the astronaut in interviews.

From the official synopsis:

Between 1968 and 1972, nine U.S. spacecraft voyaged to the Moon, and 12 men walked upon its surface. They remain the only human beings to have stood on another world. This chronicle brings together, possibly for the first and last time, the surviving crew members from every single Apollo mission that flew to the Moon; it also allows them to tell their story in their own words. First-hand testimony is interwoven with visual archival material which has been re- mastered from the original NASA film footage–much of it never used before. As a result, this space ‘epic’ communicates the daring, the danger, the pride, and the promise of this extraordinary era in history when the whole world literally looked up at the United States of America.

Because I feel that Armstrong’s passing deserves commemorating, I will personally order a copy of this Blu-ray from Amazon and ship to one lucky reader.

How can you win? Simply participate in our photo caption contest and give us a funny, clever, patriotic or respectful caption for the following image. Click to enlarge: 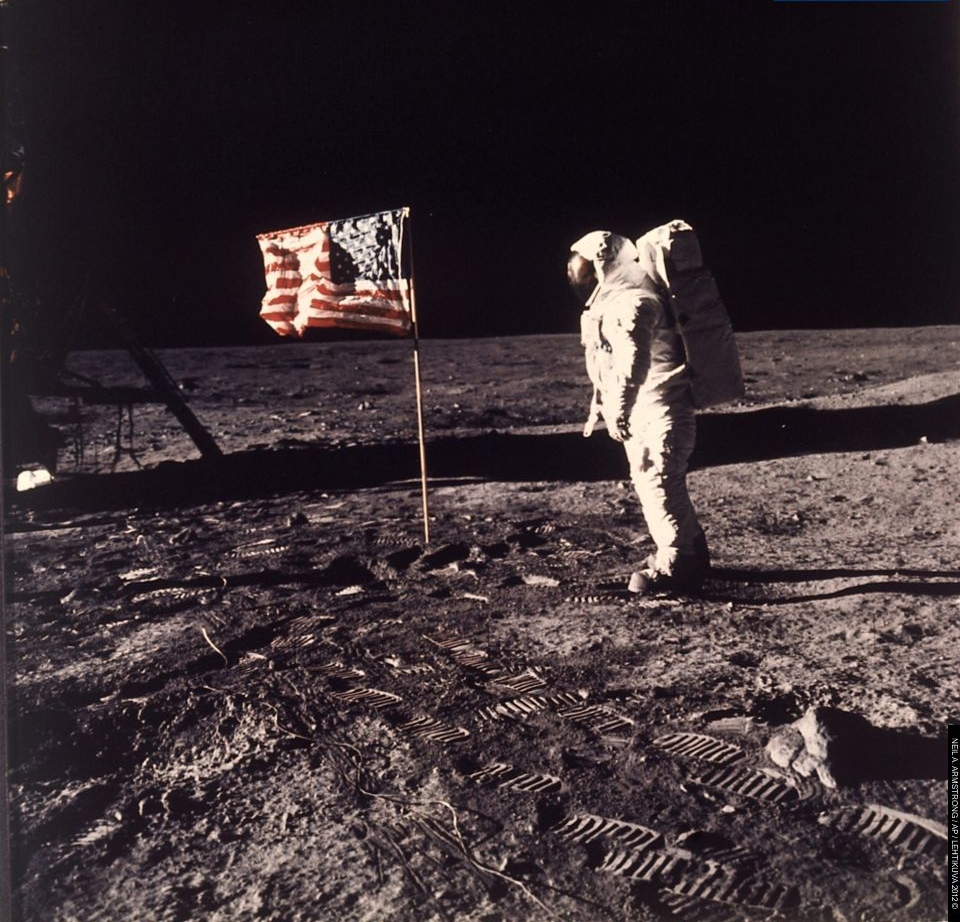 For example: “I can’t believe some jackasses still think I faked this.”

I have one additional rule: I will not accept any variation on “Do you remember where we parked?”, “Dude, where’s my car?”, “I can see my house from here” or “I can see Russia from my house.” Those are too obvious. I’m putting a kibosh on entries with those jokes. Pretty much anything else is fair game.

The winner will be chosen at our own subjective discretion based on whichever responses we enjoy the most. Entries are limited to 10 per person. That should give you plenty of opportunity to craft a good submission, but will also help us to avoid any potential appearance of awarding prizes based on volume rather than quality.

The deadline for entry is this Friday, August 31st. The winner will be announced next week. Good luck, everyone!

And yes, I still need to announce the winners to last week’s contest. I’ll do that later this week, after I’ve finished sorting through all the entries.