Our readers (that’d be you) responded pretty favorably to last week’s Roundtable topic on the subject of bad actors who should be forcibly retired from the acting profession. Now, let’s flip that around and try to focus on the positive. For this week’s topic, we’re calling out some of our favorite actors – but not the high-priced leading men and women whose names and faces dominate the theater marquees and poster art. No, we want to celebrate the hard-working character actors who provide invaluable support to movie after movie, and deserve just as much credit as the headlining stars. 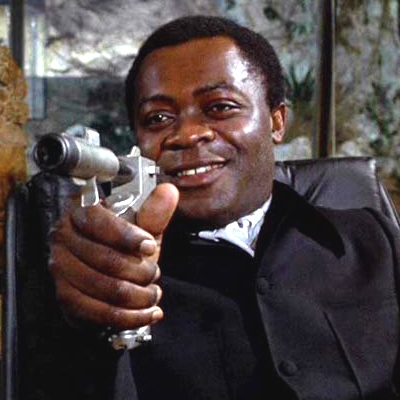 The options here are virtually endless. I don’t want to bore you too much with a list of all my also-rans, but I will say that I was set on Chris Cooper for a while, until Mrs. Z tossed out the name Yaphet Kotto. Oh yeah, that’s a good one. Kotto brings a magnetic presence to anything he appears in, whether he’s hunting an alien on the Nostromo or maneuvering through the intricate political webs of the Baltimore police department. I recently spotted him in the original ‘Thomas Crown Affair’ (yes, I’ve finally watched my first Steve McQueen movie!), and he stands out even in a tiny bit part.

Most of all, I’ve got to give Kotto big props for being the only James Bond villain to drive a pimpmobile. That’s the stuff of cinema legend right there. 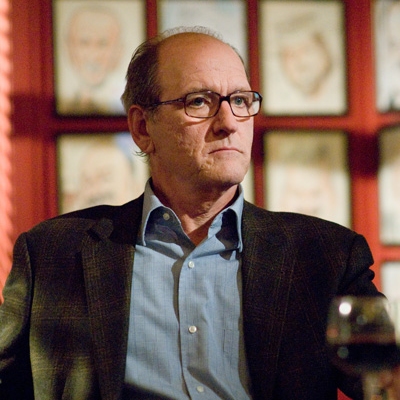 This is another easy topic for me. Richard Jenkins is one of Hollywood’s most under-appreciated actors. Honestly, the guy belongs in every film. He has over 90 acting credits on IMDb ranging from 1974 to present. Perhaps due to my young age or naiveté, I didn’t notice him until his hilarious character in the Farrelly brothers’ ‘There’s Something about Mary’.

It wasn’t until I saw Jenkins in ‘North Country’ that I realized he also had a flawless ability to play dramatic roles. (Mind you, he’d been in dramatic roles all along. I just hadn’t noticed yet.) Since then, no matter what he’s in, Jenkins is always one of the best parts of that movie. He can pop up in terrible films (like ‘Eat Pray Love’) and deliver Oscar-worthy supporting roles. He acts circles around the other so-called talent (like Amanda Seyfried and Channing Tatum in ‘Dear John’). It’s only occasionally that he appears in films that truly deserve him (like ‘Let Me In’, ‘Burn after Reading’ or ‘The Visitor’). If I’m attending the worst-looking movie of the year, but see his name show up in the opening credits, my entire pre-judgment of the film is erased and I eagerly look forward to his appearance. Knowing that Richard Jenkins is in a certain movie can really make it worth watching. 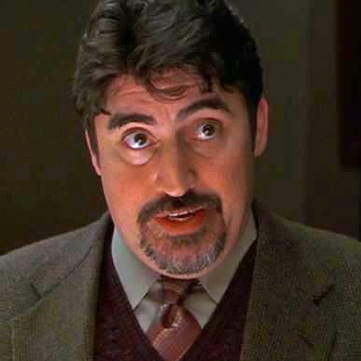 I think that this pick should go to someone who has made a lifelong career out of being a character actor. It should be someone who’s devoted an entire career to working as a solid co-star next to bigger names, yet is still able to make you remember his performances. I have to go with Alfred Molina here. The man rarely is mentioned in trailers or on movie posters, but his is usually the performance you come away remembering.

I didn’t go into ‘Spider-Man 2’ expecting Molina to be the best part of that movie, but indeed he was. He lights up every movie he’s in, no matter the genre. He’s one of the most versatile guys out there. From his role as a staunch religious fanatic in ‘Chocolat’ to the pushover father figure in ‘An Education’, Molina has made an indelible mark in just about every film he’s ever been in. He’s never the actor the studios use to market their films, but he’s almost always the reason to see them. 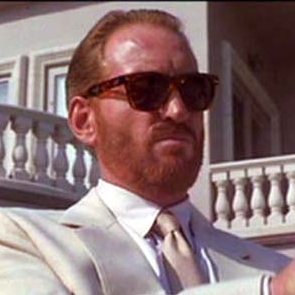 I was going to say the late, great J.T. Walsh – who’s best known for, shit, EVERYTHING, but struck the biggest chord for me as Wayne in ‘Red Rock West’. However, the choice then came down to Bob Gunton (who I loved in ‘Demolition Man’ and, of course, ‘Shawshank’) or Charles Dance. (You know who Charles Dance is.) I’m gonna go with Father Numspa Benedict Macanudo Clemens.

Just as tricky as finding the worst actor is deciding on one character actor who consistently satisfies or delivers a memorable performance. 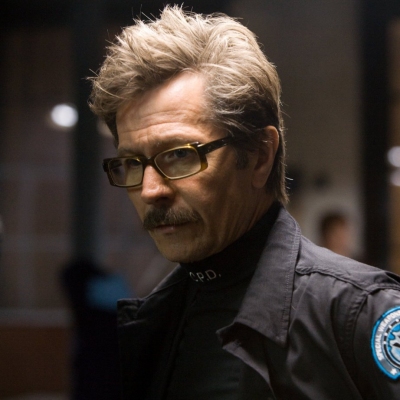 Between the likes of James Cromwell, Brad Dourif, Philip Seymour Hoffman, and the great Paul Giamatti, I think I’ll go with the always-awesome Gary Oldman.

It seems that nearly anything that man touches turns to gold, every role he undertakes is a surefire winner, and any portrayal from him makes even the most godawful garbage bearable. Whether he plays second fiddle to bigger, so-called stars (‘The Dark Knight’, ‘The Fifth Element’, ‘True Romance’, ‘Hannibal’) or is tasked with more prominent roles (‘Dracula’, ‘Immortal Beloved’, ‘Sid & Nancy’), Mr. Oldman is a remarkable talent who gives it his all, no matter the quality of the material. That means I’m willing to give terrible movies a chance simply because he’s a part of the cast. 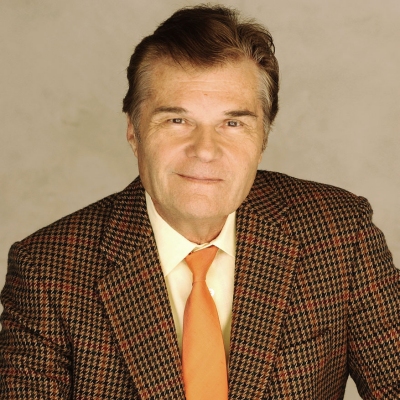 When thinking about my favorite character actor, I keep coming back to the one who consistently makes me smile whenever he turns up on screen – the fabulous and prolific Fred Willard. Whether he’s playing Martin Mull’s partner on ‘Roseanne’, Buy n’ Large CEO Shelby Forthright in ‘WALL-E’, or Phil Dunphy’s dad on ‘Modern Family’, he always makes even the smallest roles memorable.

IMDb lists hundreds of film and TV credits dating back to the 1960s, but Willard is probably best known for his work in Christopher Guest’s mockumentaries including ‘Waiting for Guffman’, ‘A Mighty Wind’ and ‘For Your Consideration’. For my money, he’s at his absolute best as dog show commentator Buck Laughlin in ‘Best in Show’. No matter how many times I see it, the way he delivers the line “He went for her like she’s made outta ham” always sends me into fits of laughter. 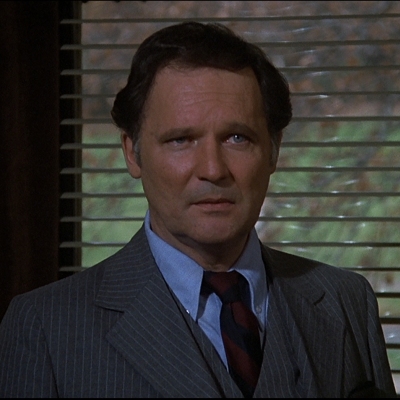 I figure that all of my favorite currently-working character actors have already been covered somewhere else on this list, so I’ll roll back the clock just a little for John Vernon. That deep, menacing, authoritarian voice of his made for some terrific performances: the prickly mayor in Dirty Harry’, Dean Wormer in ‘Animal House’, and – okay, memorable for me, at least – the sheriff in ‘Killer Klowns from Outer Space’. With a couple hundred credits to his name, Vernon’s wildly eclectic filmography spans everything from Hitchcock’s ‘Topaz’ all the way to ‘Herbie Goes Bananas’. Vernon was never one to fade into the background, always standing out as one of the most memorable things about every film he appeared in, no matter how small the role. His voice is still the one that echoes in my head whenever I read an aging gangster part in a comic book or novel. 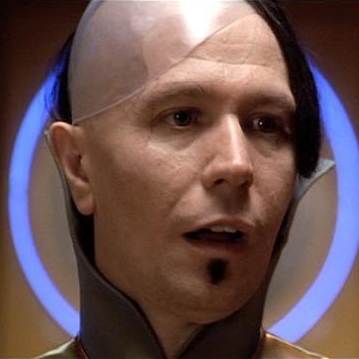 Picking a favorite character actor sounds like a daunting task, and it would be if Gary Oldman didn’t exist. Thankfully, he does. The man has brought us amazing characters like Mason Verger from ‘Hannibal’, Sirius Black from the ‘Harry Potter’ series, Dracula in ‘Bram Stoker’s Dracula’, and I guess Commissioner Gordon. More importantly, he’s the man behind one of my favorite characters of all time: Jean-Baptiste Emmanuel Zorg. If his role in ‘The Fifth Element’ weren’t played so downright brilliantly, it could have made the whole movie fail to work. Luckily, Gary Oldman is Gary Oldman, and the character comes off amazingly well.

Oldman completely immerses himself in every character he plays and, unlike some others, he can even be hard to pick out in a movie. I sometimes wonder if it’s a Shakespeare thing where there are a group of actors that just call themselves Gary Oldman. It’s unlikely, but that would explain a lot.

[Ed.: I generally steer the staff away from picking the same names or titles as each other, but Gary Oldman is awesome enough to deserve mentioning twice. –JZ]

All right, now it’s your turn to honor some of your favorite character actors in the Comments. Give us some good ones!