Over the course of this week, we’ve seen the release of the ‘Singin’ in the Rain‘ Blu-ray packaged in an oversized box set with an umbrella, as well as announcements for at least two more similarly elaborate sets for ‘Lawrence of Arabia‘ and a 3D conversion of ‘I, Robot‘ (the latter with a replica robot head!). Some fans love these trinket-packed collectors’ editions, while others deplore the waste of shelf space. In today’s Roundtable, we’ll give you our picks for some of the most notable video box sets we’ve come across over the years, both good and bad.

OK, maybe it’s not as sexy as the light-up Nite Owl ship that ‘Watchmen’ arrived in or a zombified head skewered by a screwdriver, but my all-time favorite box set packaging is the ‘Freaks and Geeks‘ DVD yearbook. Forget those tiny, flimsy little Digibooks that other studios have started to gravitate towards over the past few years. This full-size, hardbound yearbook spans more than eighty pages, complete with countless behind-the-scenes photos, scores of retrospectives from the cast and crew, a detailed episode guide, and… heck, even a slew of in-character signatures. To sweeten the pot, there are zero embarrassing photos of me in there, putting it well above the real yearbooks I own. The lavish ‘Freaks and Geeks’ DVD release is a love letter to the series’ endlessly loyal legions of fans, and it certainly has the packaging to match. 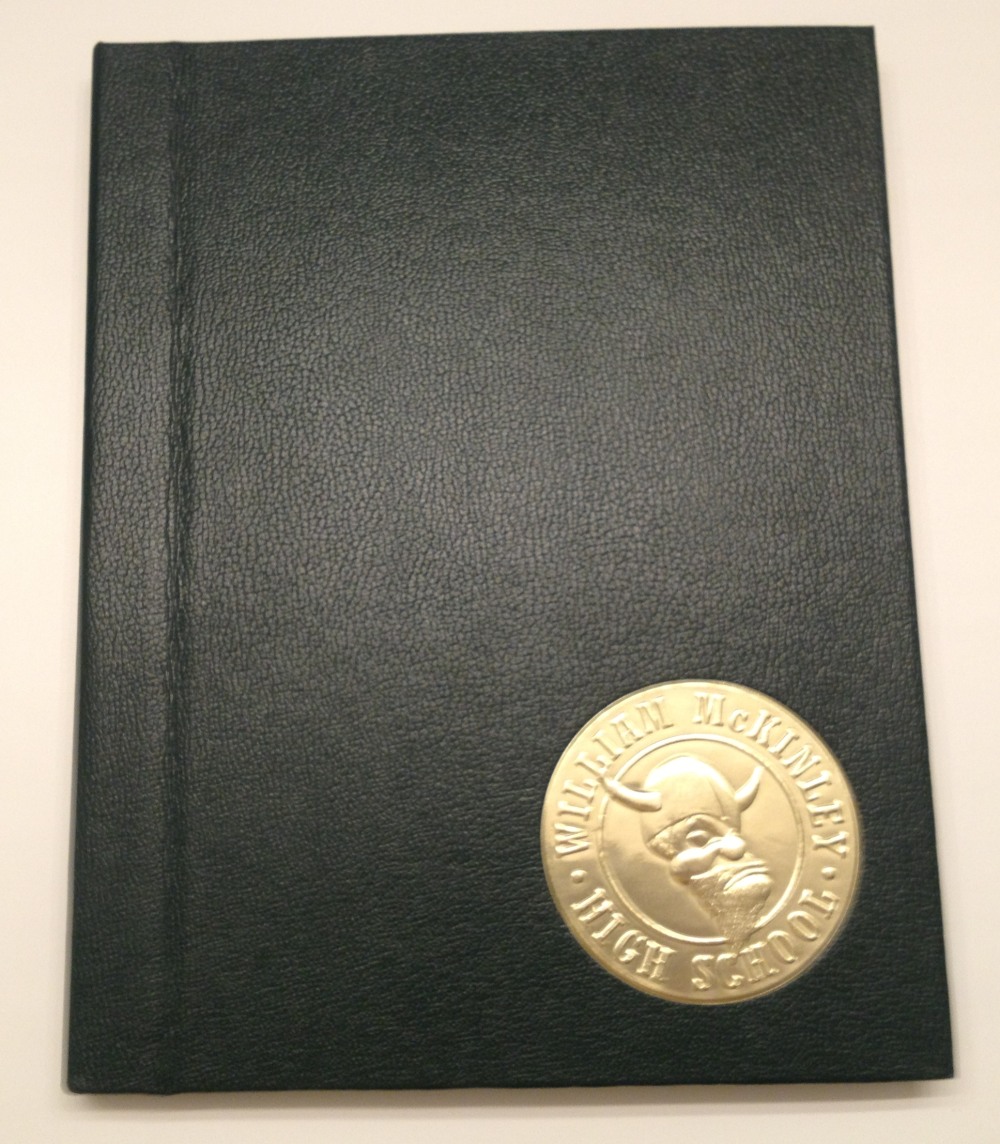 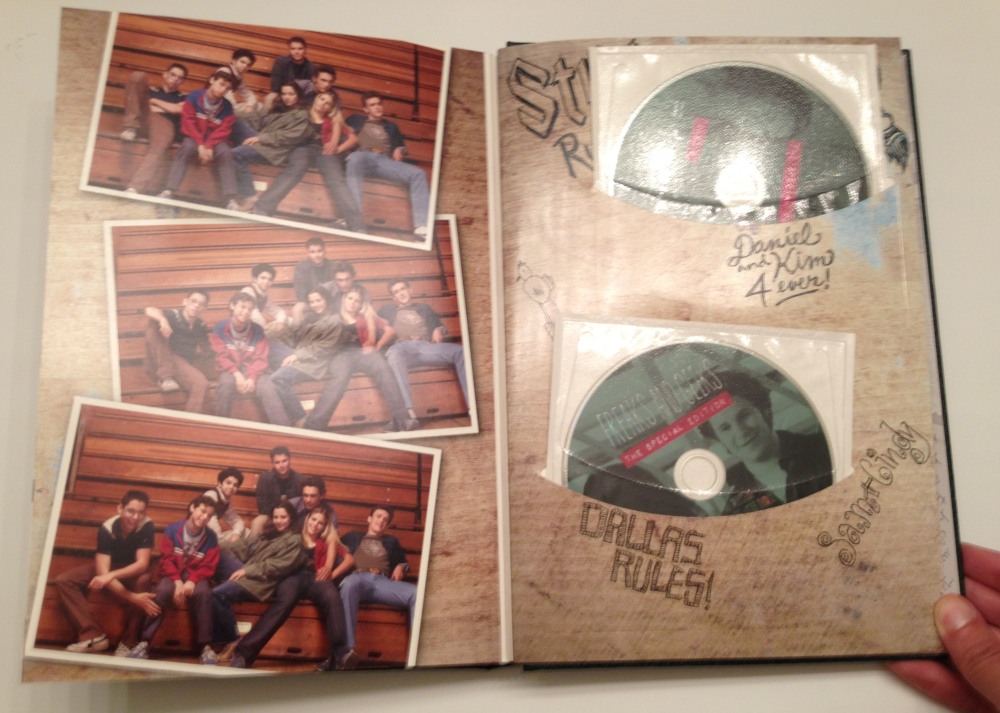 My picks for both the best and the worst go to the same item: The ‘Ichi the Killer‘ “Blood Pack” 2-disc DVD set. Come on, it’s a bag of fucking “blood” for a very violent, disturbed film. It’s fitting, it looks awesome, and… if it isn’t stored at the right temperature to a tenth of a degree, it coagulates and loses its ooey-gooeyness. The plastic inside the bag holding the discs sticks to them and makes removing them a nightmare. And get this: It can pop, and your home will look like a scene out of the movie. Great idea, horrible execution. 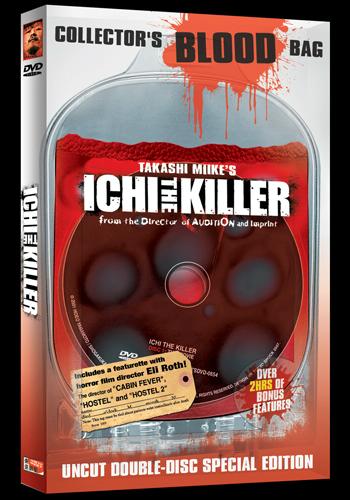 Best: I really love the ‘Star Wars: Complete Saga‘ packaging. It’s sleek, small, and comes with very stylish artwork. The book that was crafted for the packaging feels sturdy and well made. I know that many people would’ve preferred disc hubs (I probably would too) but the slip-in cut-outs for the discs aren’t unduly hard to use and don’t feel like they will ever scratch the discs. For such a famous bunch of films, I was impressed that this release was reigned in and given a shelf-friendly, well-constructed set. It could’ve easily been packaged with all sorts of useless memorabilia, but it was kept simple. That’s what I love about it. 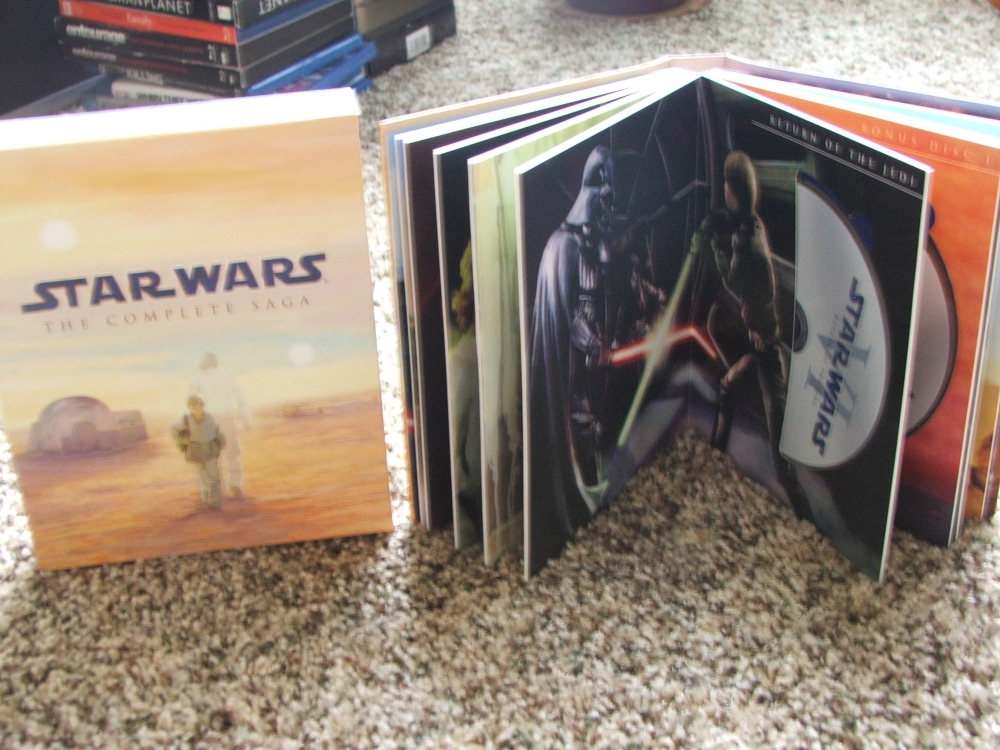 Worst: I loved the first two ‘Harry Potter’ Ultimate Editions. Not for their packaging, but because they offered a product that was worthwhile for fans to own. Not only did the movies get new in-depth special features, but they also got previously unseen extended cuts of the films. Also, the boxes (although huge) seemed very nicely constructed, with wonderfully understated slipcovers. Then came the rest of the Ultimate Editions. Warner Bros. decided to abandon the extended cuts and simply resell the same movies in a different package. Not only that, but the packaging was completely different from the first two releases. People who collect this stuff care about the cases looking uniform. When the simple, nice slipcover was changed out for a gaudy outer slipcase with cheap-looking hologram cover art, I got mad. Warner Bros. made the Ultimate Editions nearly worthless. The discs still had the new special features, but the packaging was changed up, and we lost the main draw of buying these sets in the first place – getting extended cuts of the films. What we were left with was repackaged movies that lost continuity in packaging after the second entry. It’s maddening when a studio does that to its fans without any good reason. 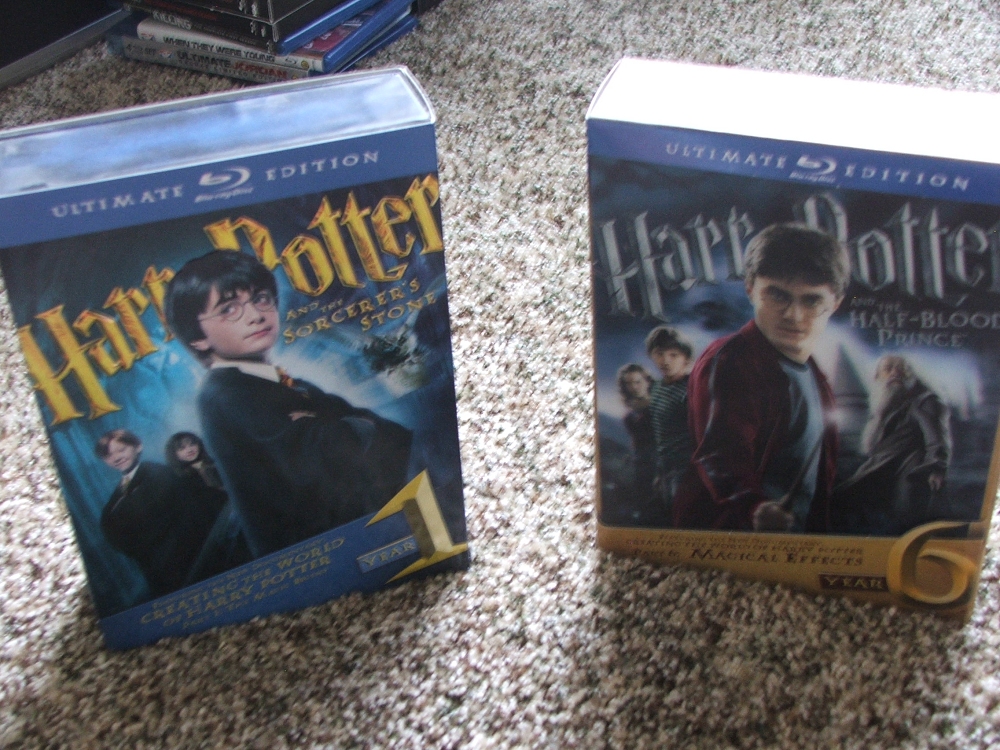 Overpriced, overpromised, chintzy, and everything but the kitchen sink thrown into bulky packing, plus exclusive content that later could be had by anyone for cheap. These are all characteristics of the PS3 ‘Arkham Asylum Collector’s Edition‘. Yet the giant box is ambitious, and I enjoy how it looks on a mantle.

Each item, individually, may be underwhelming. The batarang is plastic, unfinished (many buyers thought they had received a production reject due to how scratched-up the batarang appears) and worst of all, attached to a super crummy grey stand (probably to deter anyone from tossing the batarang at an eye socket.) The game case is downgraded from a normal PS3 keepcase to a paper and plastic DVD-style case. The “exclusive” maps were later sold on PSN and then bundled in the Game of the Year Edition. The contents in the journal were taken straight from game and looked like screenprints.

Still, the bundled items were a launch day celebration of an instant classic. The game is a boss fight or two away from perfection. Looking over the Collector’s Edition brings back memories of the months of doubts that the public cast at this game, while trying to spoil each aspect of it. ‘Arkham Asylum’ was compared to ‘Superman 64’ and ‘Too Human’, and when it got delayed three months, the public doubt only increased. My decision to blindly preorder this CE was vindicated the night the game released. Combined with how cool the big packaging is, and I have a big soft spot for this box set.

I’ve written in the past about some of the favorite box sets I’ve purchased over the years as part of my Unboxed series, and will surely do so again later. For this Roundtable, I’ve decided instead to highlight a DVD collector’s edition that I didn’t buy, but perhaps perversely wish that I had: the so-called ‘Alien’ Head DVD set that was sold in Japan and Europe. The following photos are not my own, but were found via Google: 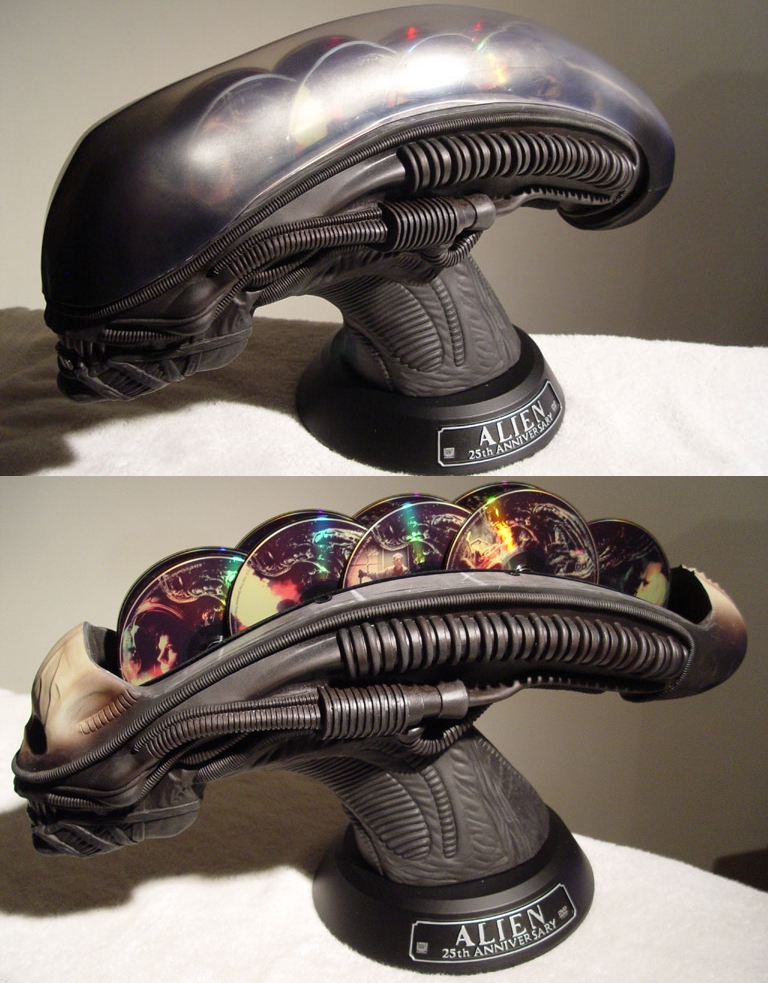 I passed on importing this for obvious reasons. It’s large and bulky and impractical and kind of ridiculous. Where would I put the thing? But isn’t it also, maybe, just a little bit awesome?

Tell us about the video box sets you love or hate in the Comments.