Behold the Retrode 2, designed to bring old cartridges and controllers back to life on otherwise useless PCs. Finally, emulation gaming can be streamlined into a legal, authentic experience.

In the late ’90s and early 2000s, the explosion of emulation gaming became one of the coolest capabilities of any PC. Well ahead of the commercial trend that would form the likes of Xbox Live Arcade, Nintendo’s Virtual Console or re-releases after re-releases, bringing back the glory of the 16-bit (Super Nintendo, Sega Genisis) and 8-bit (NES all the way) eras was as simple as having access to any pathetic Pentium I PC.

Specifically, an emulator refers to any sort of computer or programming subset that can emulate (imitate) another program or device. This imitation often requires vastly superior hardware depending on the dissimilarity between architecture – in this case, a Windows 98 era PC running a SNES emulator.

A $10 Gravis controller made for a decent SNES controller stand-in. There was only one issue: getting game ROMs. Legally, the idea was that a user was free and clear to dump ROMs from their own old cartridges. Naturally, the file-sharing generation was not altogether keen on following the particulars of legal ROM usage. At the time, these classic games were dormant in terms of sales, only available through resale. For example, if someone wanted to play ‘Metroid II: The Return of Samus’ legally, they had better already own it, or look to eBay, another upstart of the time.

Admittedly, one the best emulation feats that I ever took part in was playing through the Japanese versions of old ‘Final Fantasy’ games, including ‘Final Fantasy V’, which had never been released in the West. As with similar file sharing experiences, the novelty was tempered by fakes and error-riddled instances. At the same time, game companies began to realize that a market existed. Even though Nintendo very foolishly limited the Game Boy Advance and GBA SP to only four buttons, the company still planned to bring SNES (and NES) games to the device.

Fast forward to the present, and I still hold those old cartridges dear. Whether purchased new back in the day or acquired in the interim, they still hold a mystique that’s quickly ebbing from current titles. (Just sell it to me digitally, thank you.) Enter the Retrode and Retrode 2. 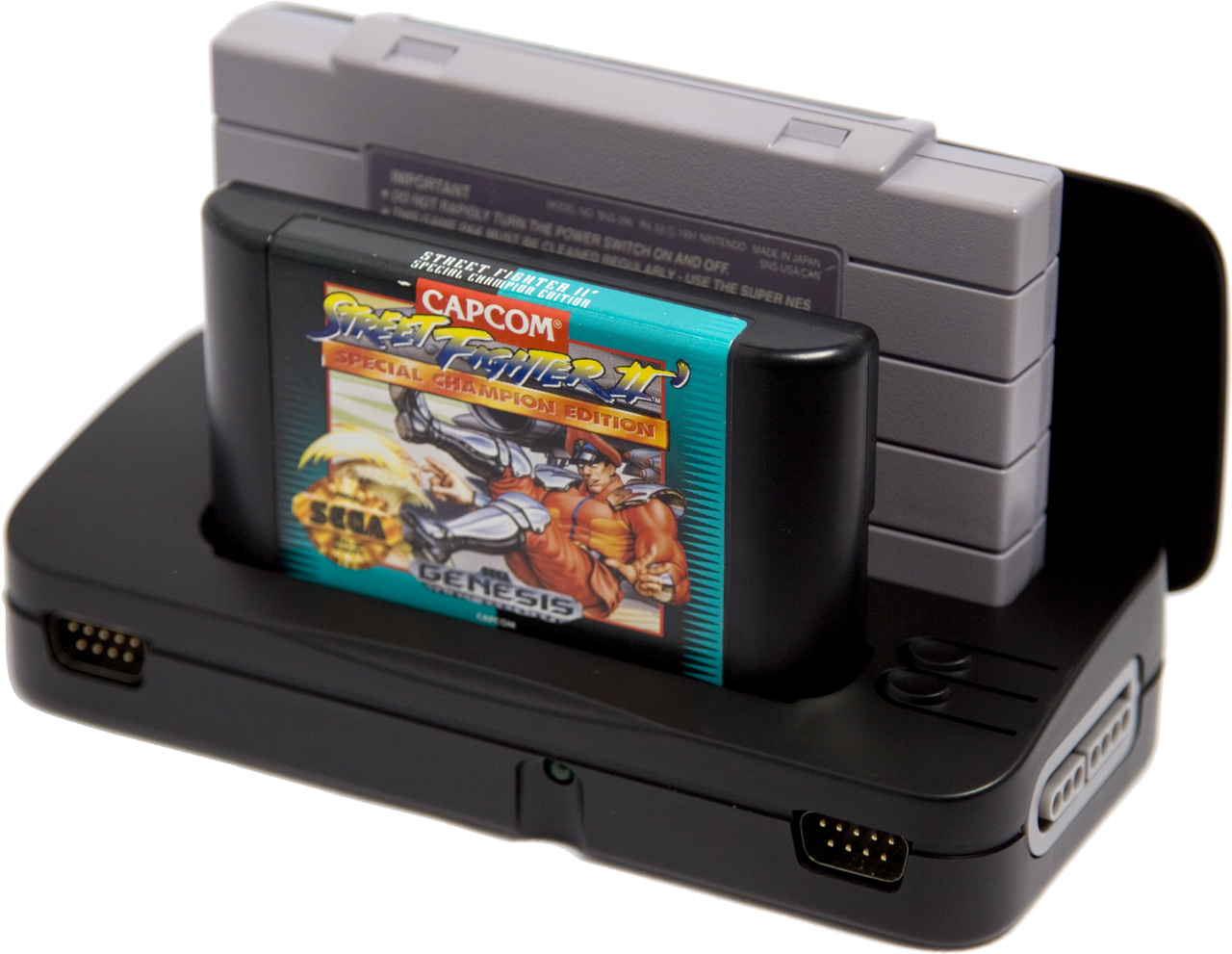 Essentially, the Retrode is an USB device that can read those old cartridges, and even deliver access directly to an emulator. The Retrode handles SNES and Sega Genesis cartridges by default, and also has controller ports for original SNES and Genesis controllers. The more controllers that debut and imitate, the more that old timers (like me) miss the classics.

With the Retrode able to turn a PC into an instant, very authentic Sega Genesis SNES machine, its value is already certain. And yet, it also promises much more. Through the use of plug-in adapters, the Retrode can access any number of other (obscure) formats, like the plucky (written with full irony) Virtual Boy. Not only will the Retrode 2 allow users to play old games with the right controller on a PC (and Mac), it also promises Android support (limited but growing) and reportedly works on a jailbroken iPad 2.

In many ways, emulation as a hobby began as a means to preserve games whose industry treated them as yesterday’s news. The Retrode 2 does so with a degree of legality and authenticity that is as close to actually pulling out the old systems (finicky as they are) as I have seen. As a bonus, should the user be lucky enough to have an old cartridge whose save battery is still keeping that save file intact, the Retrode 2 can extract it from the cartridge to be archived properly.

The Retrode 2 with Android adapters, shipping and tax, is easily a 100 Euro investment, which is not exactly in keeping with the frugal nature of emulation fans. Nevertheless, I plan to get one, and may just post an update afterwards.