I used to poke fun at people who watch a lot of Reality TV, but then I took stock of myself and realized that I was the pot and they were the kettle. I’m so ashamed.

The truth is that I watch a lot of Reality TV. You’ve probably already seen my unmanly recaps of ‘Project Runway’ here in the blog. See, I’m home in the mornings and afternoons while my wife is at work. I try to catch up on as many Blu-ray screeners as possible while I’m home, but a crying baby doesn’t necessarily make a great listening environment. Instead, I often have to resort to reruns of whatever Reality shows are being run in a constant loop during the day. I’ve found myself becoming somewhat addicted to a few of these shows. Is it wise? Probably not. Is it healthy? Hell no! But, for some reason, it’s addicting. Maybe it’s the constant yelling and screaming these people do with one another. Maybe it’s the steady stream of soap opera drama. I don’t know. All I know is that I need to come clean.

These are my Reality TV guilty pleasures. 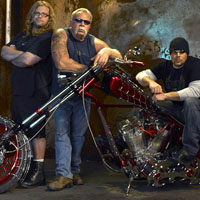 The Discovery Channel just so happens to run back-to-back-to-back-to-back episodes of ‘American Chopper’ while I’m home alone with my new son, Dexter. Whenever he’s in one of his crying fits, I usually turn it to the ‘Chopper’ marathons and hope the not-so-soothing voice of Paul Tuetul, Sr. will overpower the incessant screaming from my youngster. Usually, it ends up as a cacophony of yelling, and truthfully I can’t tell who’s being a bigger baby sometimes.

I’m not all that interested in motorcycles. I’ve never actually driven one. So, really I have no idea why I enjoy watching this show so much. Maybe it’s the fact that the Tuetul family is so dysfunctional that they make a crying baby seem like an easy-peasy problem. Seriously, this family is nutso. They’ve got some problems, and that makes great TV. With the split-up of Senior and Junior, this season has taken on an even more contentious feeling. These guys constantly bitch about one another, and there’s something sad about a father and son who aren’t on speaking terms anymore.

There’s no reason why I should enjoy watching this show, but four or five hours can pass by during an ‘American Chopper’ afternoon marathon without me even realizing it. It’s sad, I know. 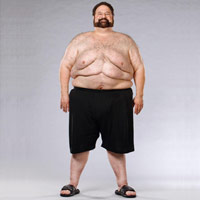 The show has lost a little bit of the pizzazz it once had. Jillian Michaels is gone, presumably spending her time lending her voice to motivational treadmills and doing Go Daddy commercials. Tennis star Anna Kournikova has been added to the mix of trainers, which is hilarious in its own right. She’s far too nice, but tries to act mean, which makes the entire experience of her trying to motivate fat people even more comical. Jillian had being a bitch down to a science. Kournikova tries to emulate her, but it doesn’t work when it comes from such a genuinely nice person.

I’m curiously attached to this show for no real discernible reason. Everything about it I find unintentionally funny. It’s supposed to be symbolic that the contestants’ favorite junk foods are displayed in giant refrigerators. I just laugh. To this day, I have no idea why the contestants must remove their shirts for the weigh-ins. Ron from ‘The Biggest Loser: Couples 2’ looked like a real-life version of Zoidberg. Now that was scary. 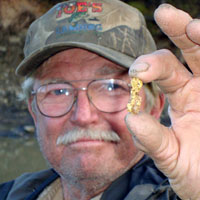 The Discovery Channel has shed light on just about every seemingly interesting profession. The network made waves with ‘Deadliest Catch’, and now has a new series about gold miners in Alaska. The biggest draw to this show is watching a group of the most inept gold miners the world has ever seen. It’s hard not to feel bad for this group. The poor guys, led by father-son duo Jack and Todd Hoffman, obviously have no idea what they’re doing. I imagine that I would have roughly the same amount of success if I started up a gold mining team. The only one of the group that has done any actual mining is Jack; the others are newbies.

What makes the entire story so pathetic is that they spent around $250,000 to get the whole operation up and running, and ended up only mining a fraction of that amount in actual gold the first season. Then, to make matters worse, the beginning of the second season started with the entire team being kicked off of their leased land by one of their bitter rivals, who bought the land right out from under them. Nothing goes right for these guys who went up to Alaska to mine for gold after the economic downturn hit them all hard. It’s all pretty sad, but makes for blatant emotionally-charged television. 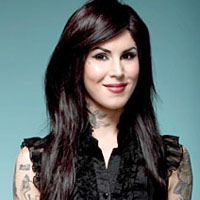 I’m kinda bummed that ‘L.A. Ink’ is in its final season, even though this is the Reality show I’m least proud to admit that I watch on a semi-regular basis. The drama that plagues Kat Von D’s Hollywood tattoo shop is straight out of the Reality show playbook.

The show constantly reeks of outside interference. How in the world can one working environment have so much drama? How can the shop hire so many inept do-nothings? Sometimes you wonder if the producers are concocting all of the drama in a back room, fabricating it all for the benefit of dramatic television. I don’t know if that’s true, but there’s just no way that one tiny place can have so many weirdos working in it.

I must say, however, that watching the characters create some of the tattoos is straight-up amazing. Some of the artwork that comes out of that place is really a sight to behold. I don’t know a lot about the world of tattoos. I don’t have any myself. Still, I just like watching how they’re created, and the kinds of things that tattoo artists can do with human skin. 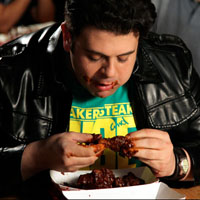 Adam Richman is going to go the way of Steve Irwin. No, he probably won’t get stung in the heart by a sting ray. Instead, he’s going to go down trying to tackle the very thing he loves so much. One of these days, he’ll get challenged to eat something ridiculous like a 200-ounce steak, and he’ll just keel over in front of a group of people chanting “Man versus food!”

The entire premise of the show is patently ridiculous. Let’s take a guy, give him a green light to travel to every pig-out restaurant in America, and then film him stuffing wads of who-knows-what into his mouth. So why can’t I turn the channel whenever this show comes on? Maybe it’s my morbid curiosity about how high his cholesterol level is, or if the Travel Channel pays for monthly check-ups just to make sure his stomach hasn’t burst.

Now it’s your turn, dear reader. Like I am, I know that you’re also hiding secret addictions to certain shows that you’d never want anyone to know you DVR on a regular basis. Here’s a chance to set your conscience free. Let us know some of your Reality television guilty pleasures in the Comments.