As much as we try, we can’t cover every TV show here in The Bonus View. These are a few of my favorites that I really hope people are watching. 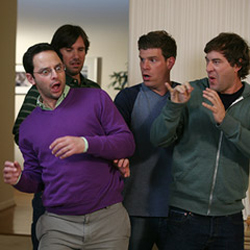 From its first season that featured only six episodes, ‘The League’ has gone strong into its third season with no signs of slowing down. For that, I’m excited. The show, which is centered around a fantasy football league, is some of the funniest and raunchiest comedy on TV. FX is known for pushing the envelope in regards to sexual content, swearing and generally crude behavior. As you may have guessed, a group of thirty- and forty-somethings who run a fantasy football league are probably not the most cordial of people.

‘The League’ is filmed in the same vein as ‘Reno 911’. It’s an unscripted sitcom where the actors largely improvise entire scenes, playing off one another so succinctly that you’d never know they didn’t have scripts. I think that’s really what gives this show such a unique feeling. It really has the sense that there’s a bunch of comedians standing around making fun of each other for a half hour while they all try to beat each other in fantasy football.

As Season 3 continues, it’s becoming more apparent that you really don’t need to know all that much about fantasy football to enjoy the comedy going on here. If you like R-rated raunchy comedies, then you’ll dig this show. 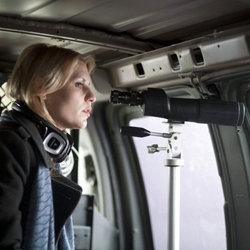 ‘Homeland’ has my vote for the best new series of the season. This show has it all: mystery, espionage, intrigue, loony characters and a regularly-naked Morena Baccarin (all you ‘V’ fans who had Anna complexes, this is for you).

Carrie Mathison (Danes) is a unique television character. Women protagonists on TV aren’t often batshit crazy. That’s a role left to men most of the time. Carrie is an analyst at the CIA who seems far too paranoid even for a spook. She secretly takes anti-psychotic meds, hoping that the Agency doesn’t find out, because then she’ll get fired. After learning some intel overseas, Carrie is convinced that there’s an imminent threat of attack on American soil. All this happens while war hero Marine Sergeant Nicholas Brody (Lewis) returns eight years later after going missing in Iraq. Carrie is convinced, from the intelligence she’s gathered, that Brody has been turned and is now working for the world’s top terrorist figurehead. The only problem is that the man is being greeted with a hero’s welcome, and no one wants to even think for a second that he’s playing for the other side.

‘Homeland’ mixes a bit of ’24’ with a little ‘The Killing’ and comes out with a great product. Each episode is taught and suspenseful. We don’t know what to think about what’s happening. Carrie has issues, and they play heavily into the overall feel and plot of the show. Will she become unraveled? Is all of this in her head? Or is she onto something? 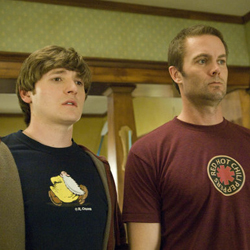 I was depressed when ‘My Name Is Earl’ finally got the axe, even though I was a little surprised that the show made it through four seasons in the first place. Greg Garcia’s humor doesn’t really translate too well to the general public (i.e. the people who eat up sitcoms like ‘2 Broke Girls’ and ‘According to Jim’). ‘Earl’ had a great blend of heart-warming stories set against a backdrop of white trash America. When it left the airwaves, I felt a void in my life. Then ‘Raising Hope’ came along.

In its second season, ‘Raising Hope’ follows the tales of the Chance family – specifically Jimmy Chance, who after a spontaneous sexual encounter with a wanted serial killer, ended up fathering a baby right before the woman was sentenced to death. What a way to start out a show, huh?

‘Raising Hope’ has really found its footing now. It’s taken the White Trash America aspect that I loved so much in ‘Earl’ and built a functional family of dysfunction around it. That may sound weird, but that perfectly explains the way the show operates.

I hear so many people nowadays talking about ‘Parks and Rec’, ‘The Office’ and ‘Community’, but no one really mentions ‘Raising Hope’ in those conversations. It deserves to be near the top, because it’s an imaginative, loveable show full of great characters. Give it a chance, or I fear it’ll suffer the same fate as ‘Earl’.