Isn’t this one of those franchises that we could’ve just left alone? Now we’re getting a sequel to a movie that was widely regarded as super-cheesy and just plain stupid. Still, box office numbers don’t lie. When ‘Ghost Rider‘ raked in close to $230 million worldwide (on a purported budget of $110 million), that’s a monetary success by any stretch. However annoying it may be, a sequel to ‘Ghost Rider’ was inevitable. Let’s just hope that this marginally cool-looking poster (barring the ridiculous tagline at the bottom) is a sign that things may not be so stupid this time around. 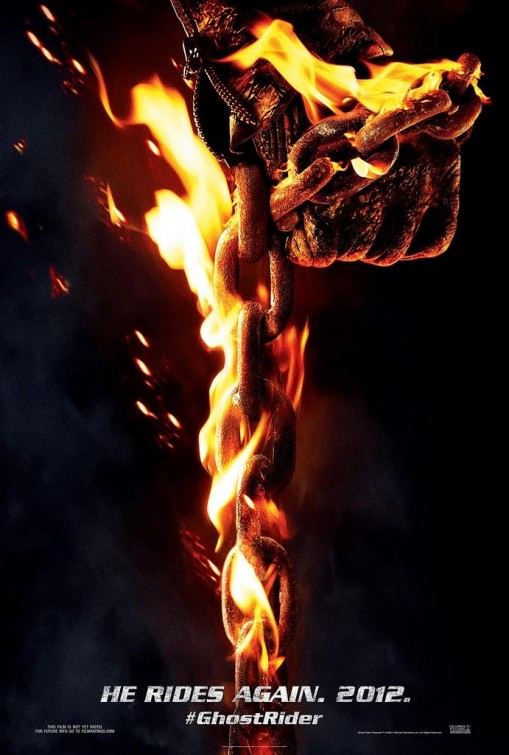 Here’s a poster that reeks of that “Hey, you know you’ve seen some of us before, but you just can’t remember where” vibe. Yeah, I really don’t know what to think of this movie. It seems like it’s trying too hard. And with just an R rating, it seems like a movie that won’t be able to actually live up to its name. 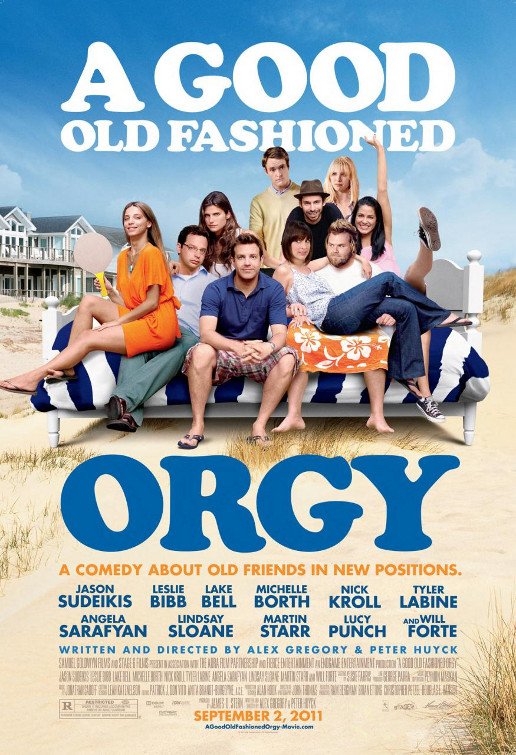 I literally know nothing about this movie starring Justin Timberlake and Amanda Seyfried, but a few things are obvious. 1) This is some kind of futuristic sci-fi movie, as is evidenced by the glowing barcode number on Timberlake’s forearm and the fact that all futuristic dames seem to have the same closely-manicured straight black hair. 2) This is one of the cheesiest posters, complete with an ultra-cheesy tagline, that I’ve ever seen. Nothing about this poster makes me want to see the movie. 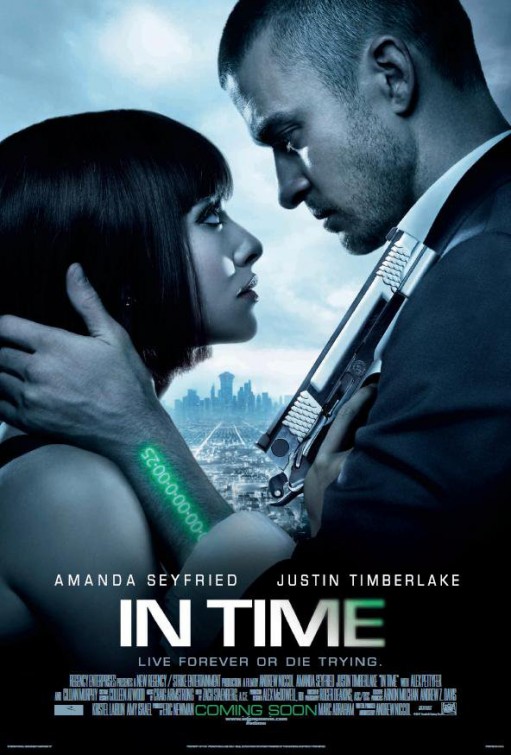 The new movie by Roman Polanski gives us an Andy Warhol-esque poster. Truthfully, I like it. Ever since ‘The Ghost Writer‘, I’ve been looking forward to a new Polanski film. The only thing that I’ve heard about this movie is the brief synopsis on IMDb that simply states: “Tells the story of two sets of parents who decide to have a cordial meeting after their sons are involved in a schoolyard brawl.” That’s a pretty ominous explanation of the plot, but with a cast like this, I’m anticipating that their “cordial meeting” will be anything but. 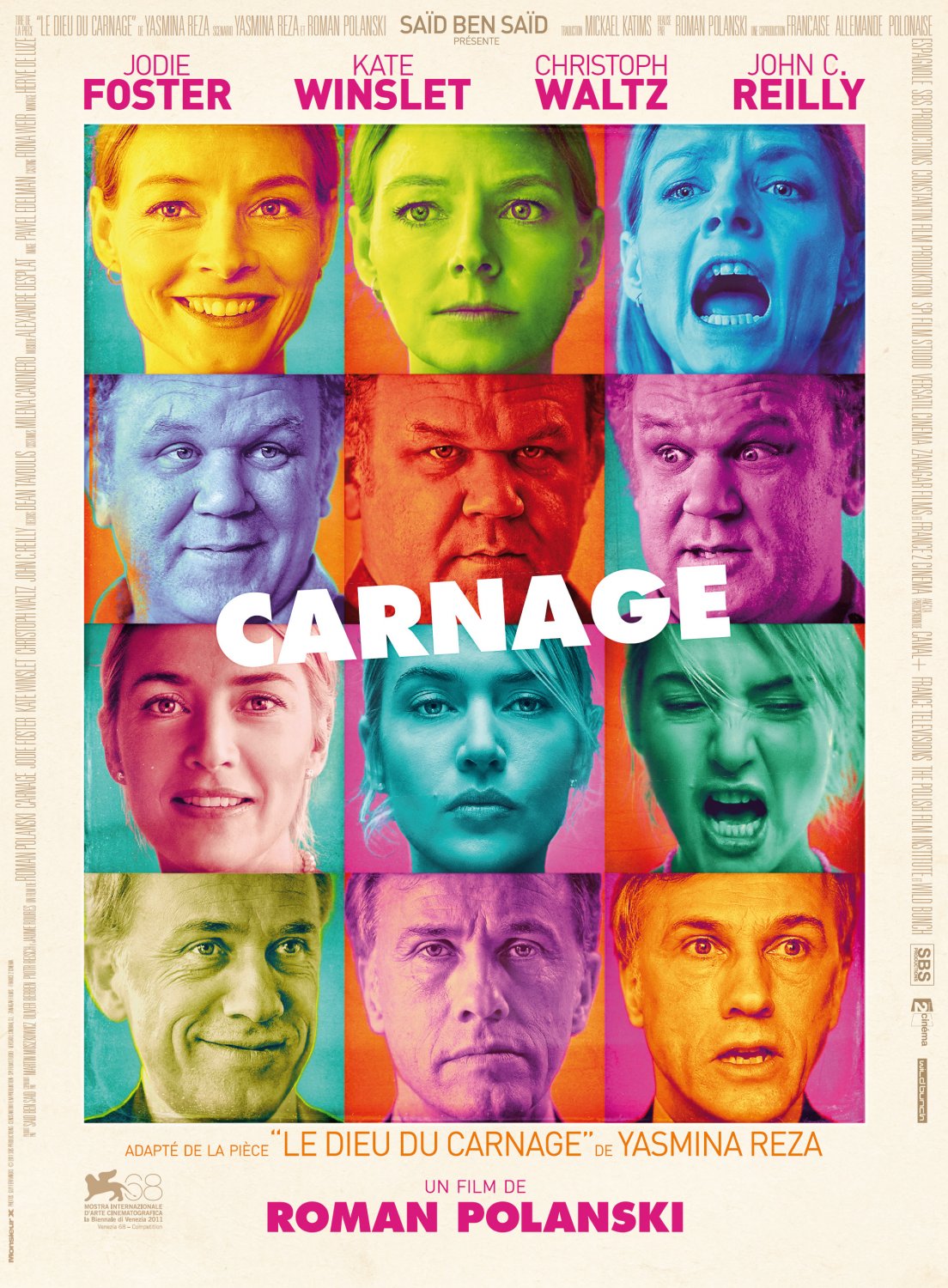 The early buzz for this movie is out-of-this-world good – not that there’s really anything special about the poster. It’s Gosling in the all-too-familiar action hero pose. You know, head cocked to one side like he’s getting ready to do something completely crazy. The choice of font is a bit weird. It’s almost like the designer went with a less “neon sign” version of the font for ‘Cocktail’. 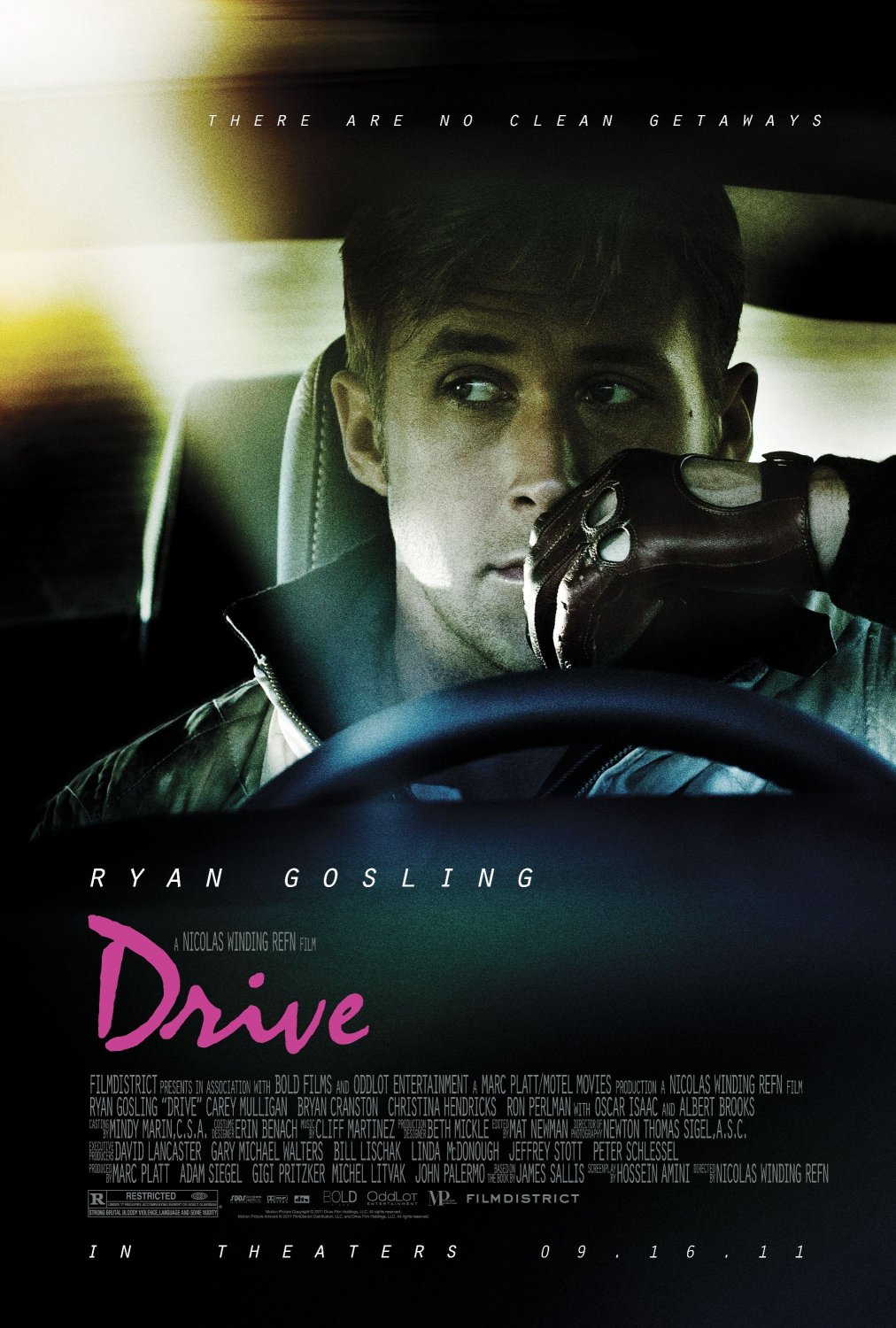 We’ve had an onslaught of alien movies this year, and ‘Apollo 18’ will continue on in the same killer alien vein. However, I kind of dig this poster. It leaves a lot to the imagination, but has that throwback feel that could mean good things for the movie. The artwork almost makes it look like an alien version of ‘The Blair Witch Project‘. 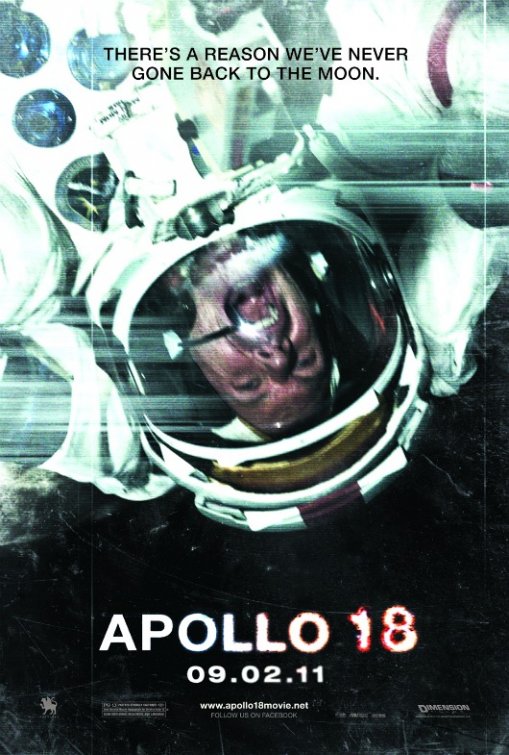