It’s been a while since we’ve done a Posterizing article here in the blog. That just means there are plenty of interesting new posters to choose from!

With the serious year-ending movies coming in the next few months, it’s important that the Hollywood studios start releasing their serious posters now. This is when the posters usually get a bit more artistic and a little less cut-and-paste, floating-heads style.

It’s like one part ‘Planet Earth’ and one part deadly-serious hero stance (a theme you’ll see throughout the posters in this article). I’m actually excited for ‘Life of Pi’, even if I haven’t read the book it’s based on. Having seen the trailer, the poster does a good job of capturing the movie’s look, which appears to be hyper-stylized. It looks like a mix of Peter Jackson’s ‘King Kong’ and Baz Luhrmann’s upcoming ‘Great Gatsby’. 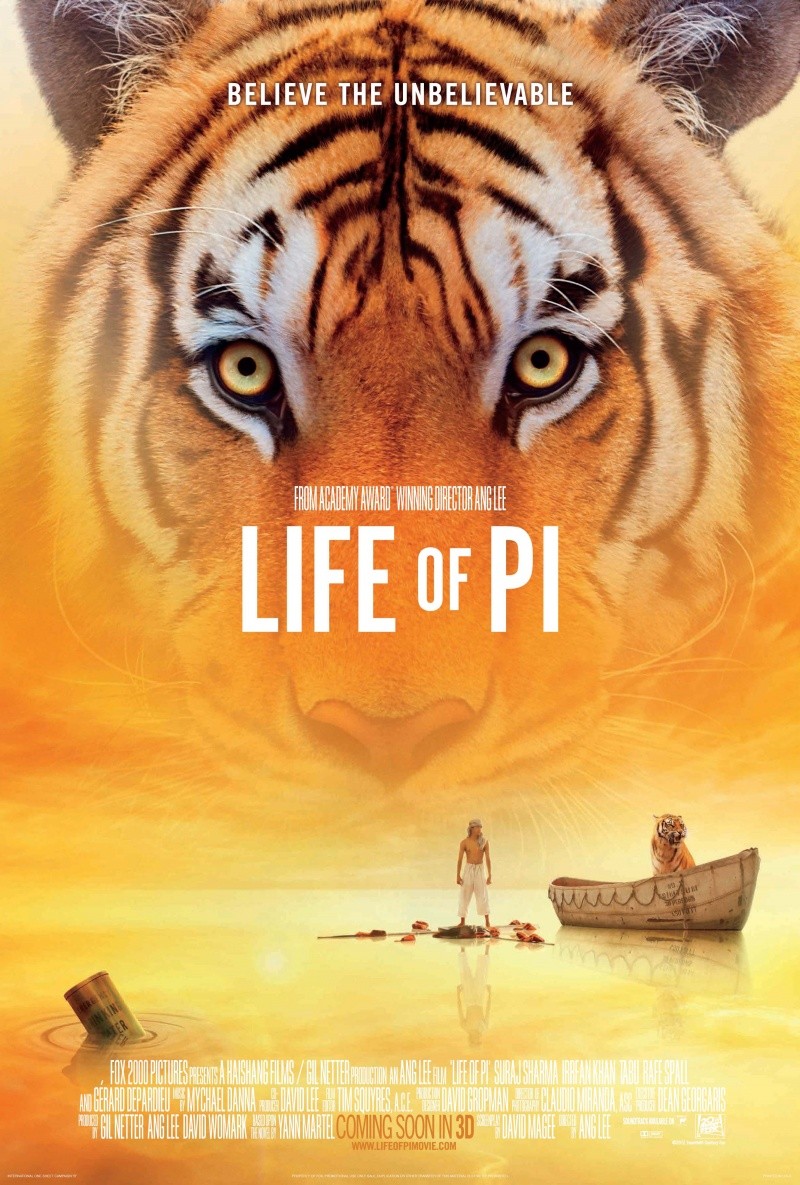 Forget how utterly generic the trailer for this movie looks. (Old world ‘Jonah Hex’, anyone?). This is one of the best-looking studio-released posters I’ve seen in a long time. The rest of the posters for this movie have been standard character images. The artwork here makes me want to see this movie, even though I’ve watched the crappy trailer. The one downfall is that it makes the movie’s title character look like a deranged Zorro, which I’m sure wasn’t the intention. 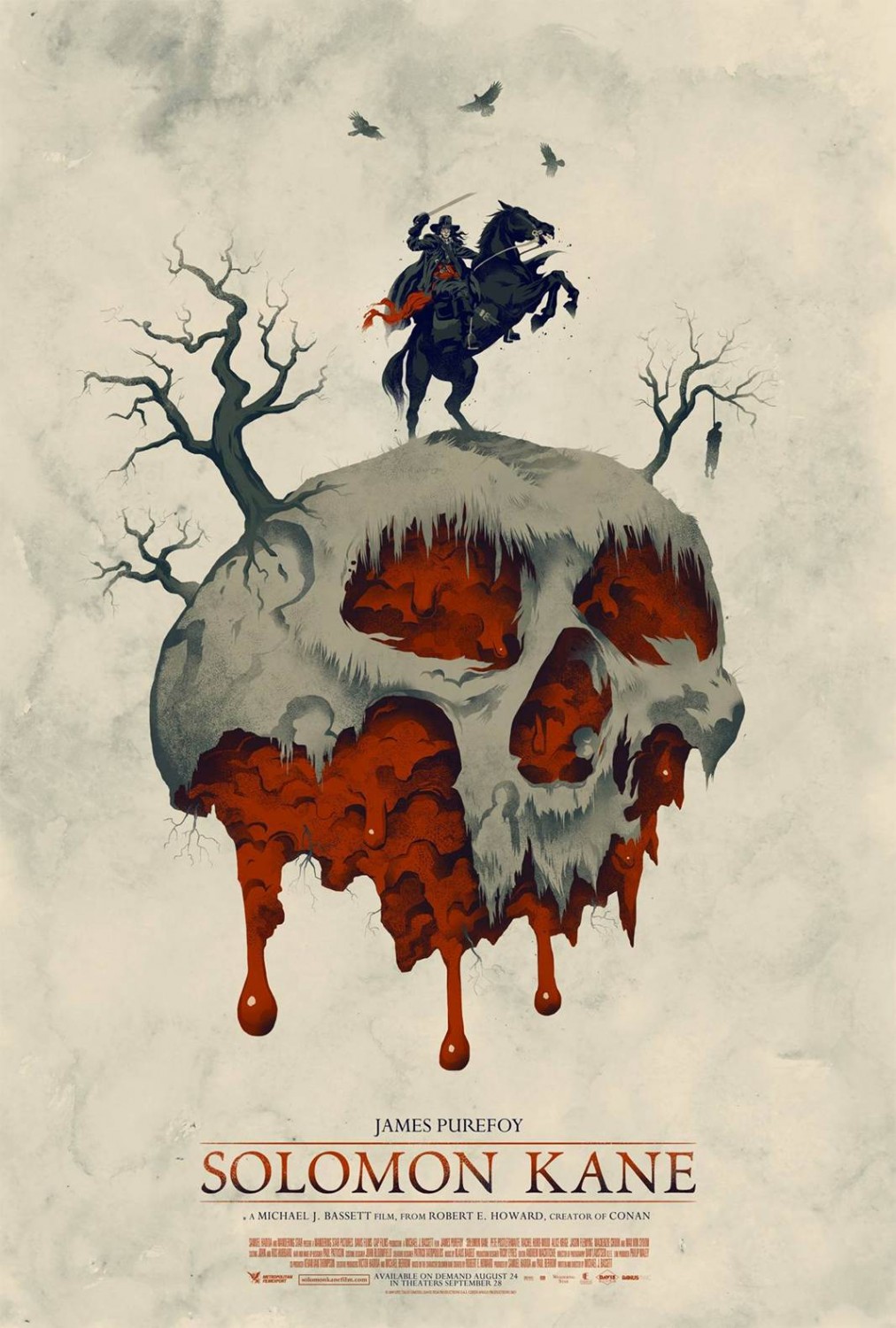 All of the ‘Looper’ artwork has followed this same materializing/dematerializing theme. I picked out this poster because it showcases one of my biggest pet peeves about this movie. I will never understand the reasoning behind making Joseph Gordon-Levitt look more like Bruce Willis. This seems like an utterly superfluous exercise, since we would’ve believed that he was playing the younger version of Willis regardless of prosthetics and makeup. This poster really illustrates just how unintentionally silly the makeup is. 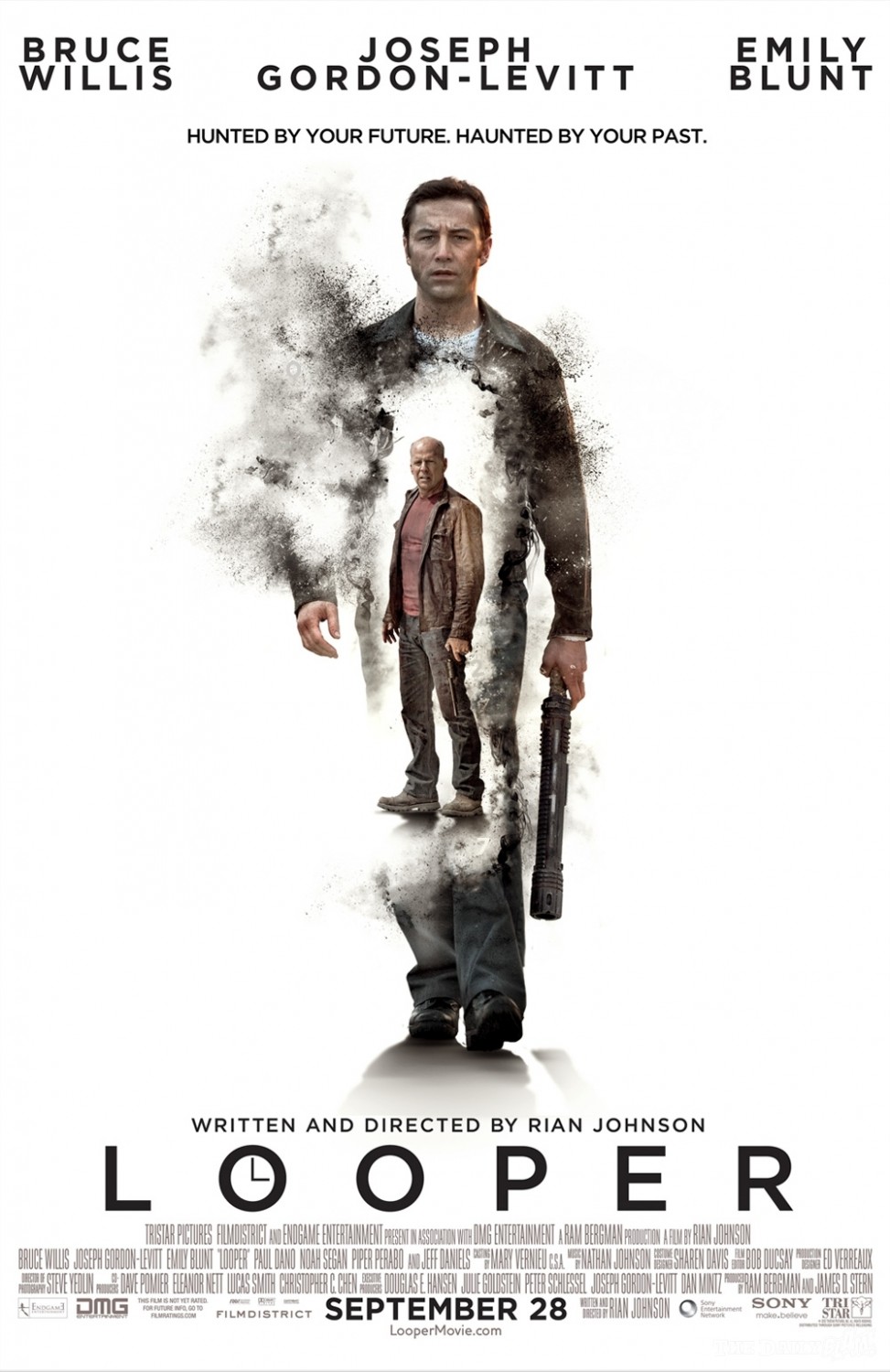 This is your basic “Wow, look how much this well-known actor looks like this well-known historical figure!” poster. ‘J. Edgar’ did the same thing. The black-and-white certainly gives the poster an epic feeling, which is probably exactly what the movie is going for. It’s powerful but contemplative. That’s Abraham Lincoln, all right. 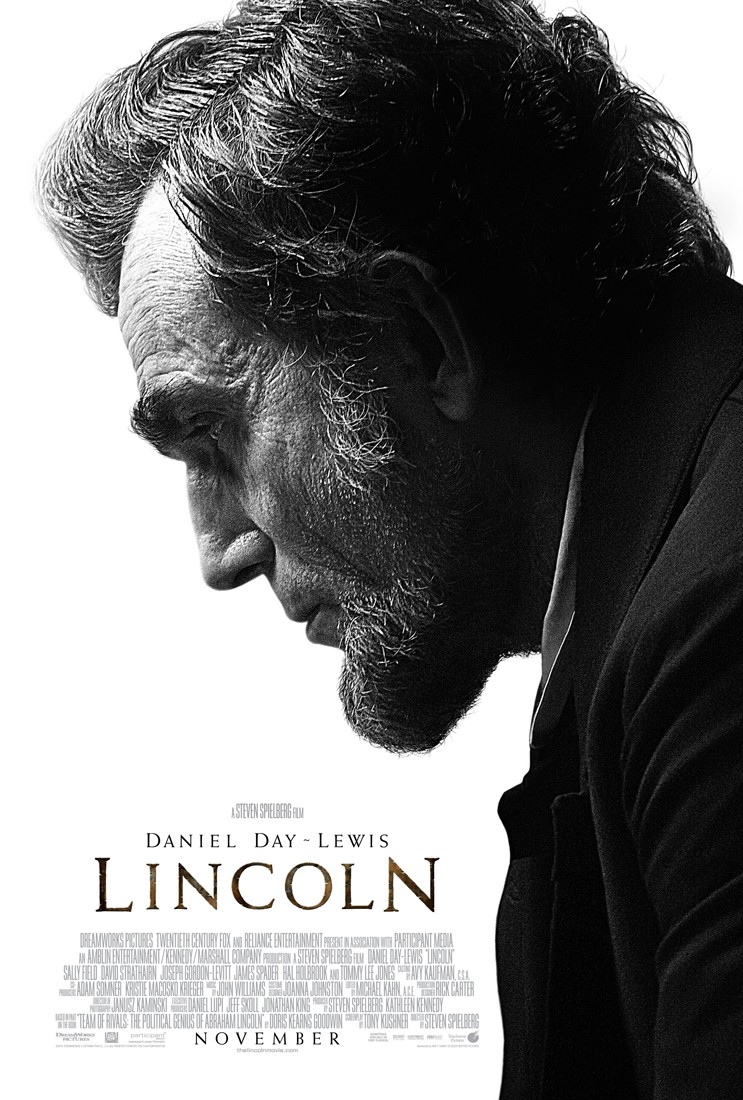 This poster is supposed to make you stop dead in your tracks at your local cinema, turn, and exclaim, “What?! Arnold Schwarzenegger is making action movies again?” That’s just what this poster accomplishes, no more, no less. But let’s get a version without the corny tagline: “Not in his town. Not on his watch.” Also, the blatant product placement for Chevy is more than a little annoying. 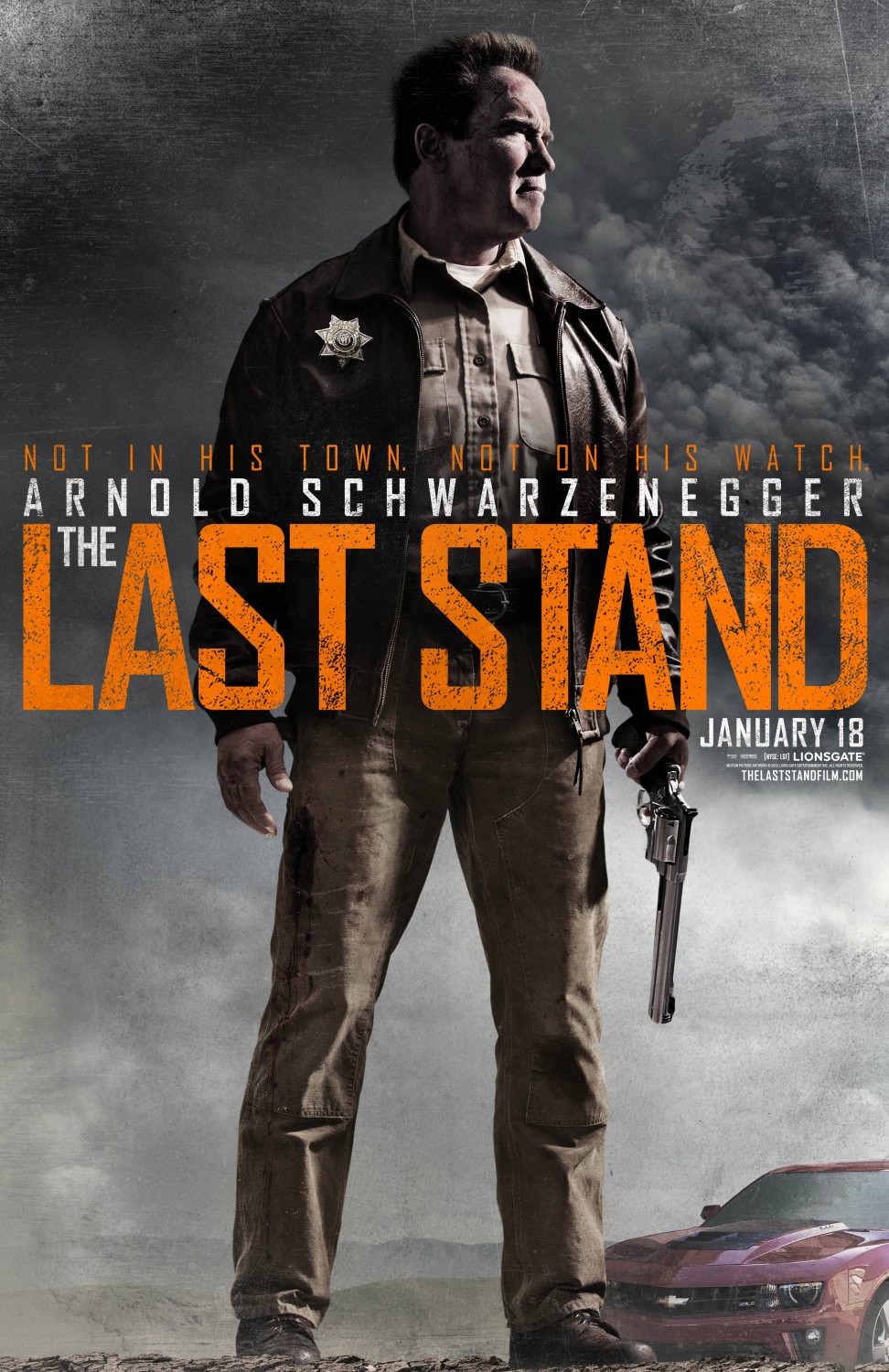 Every time I see this kaleidoscopic poster at the theater, I have to stop and stare at it for a while. I really dig its imagery. It has an artistic vision to it, but also markets the movie’s well-known faces as well as any floating-head poster might. 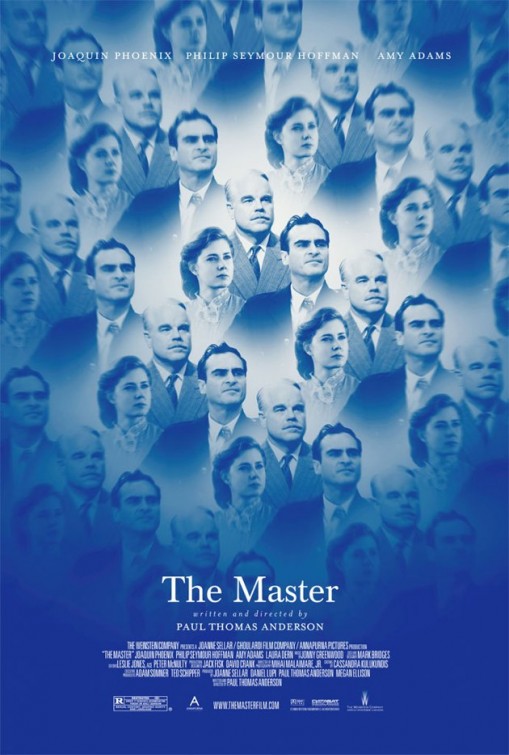 Even though I’d never hang this poster on my wall, or even consider buying it, I like the ideas in it. If you don’t know, movie posters have to pass through many levels of corporate bureaucracy in the studio system to get the final “OK.” During this process, dozens of studio executives get their say on what they like, don’t like, what they need added, what needs to be taken out, etc. This is why, most of the time, we end up with generic cut-and-paste jobs. Studios usually want to advertise the names and faces that they paid big bucks in the hopes of enticing people to see the movie.

That’s why this poster is pretty radical in its ideas. Not only does it not feature the faces of anyone starring in the movie (recognizable actors like Mark Strong, Jessica Chastain or Joel Edgerton could’ve been stuck on there), but the poster doesn’t even display the title of the movie prominently. Like a top-secret classified government document, the title has been blacked out with marker, or redacted. Any marketing director would say that obscuring the title of your product on the advertisement is probably not the best idea to achieve brand recognition. However, it works here, even though people unfamiliar with what the movie is about may end up being confused by it at the same time. 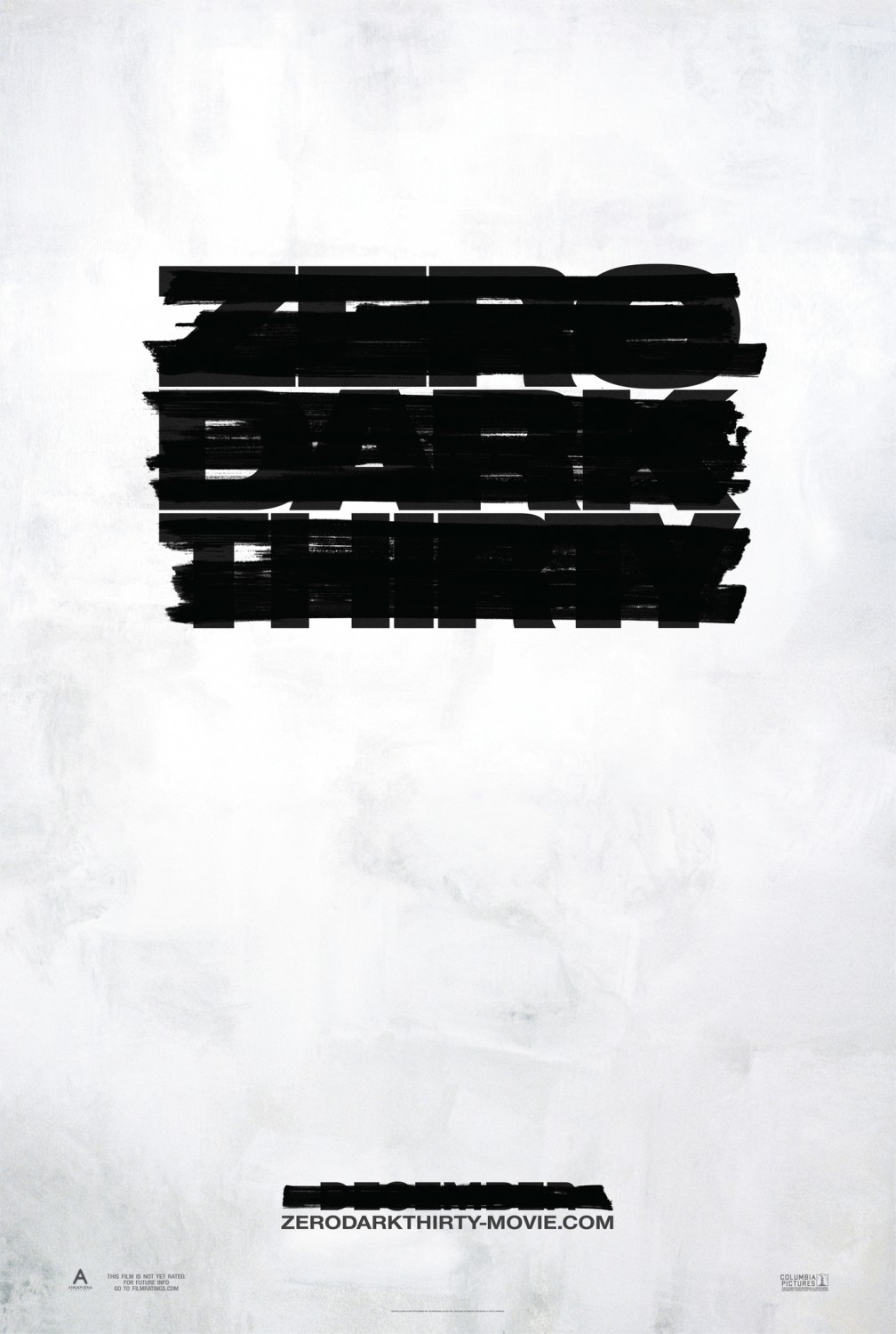