I’m taking my plans to upgrade my home theater to 3-D slowly and easily, one small step at a time. Step 1 is to get a 3-D Blu-ray player. That happened this week when the OPPO BDP-93 arrived on my doorstep. Let the unboxing begin!

The OPPO BDP-93 is one of the most anticipated HT hardware releases of the year. The OPPO Digital brand is famous among discerning home theater nerds for both its high quality standards and its very strong value propositions. OPPO’s DVD players frequently ranked among the very best for standard-def upconversion on HDTV screens, yet were priced (relatively) reasonably compared to other high-end solutions. The company’s first Blu-ray player, the BDP-83, has been my reference Blu-ray playback device since its debut, and I know many other home theater reviewers who use the same. If I’m going to go 3-D, I definitely want to be in OPPO’s hands for the transition.

For the time being, I don’t yet have a 3-D display to connect this player to. Until that happens (which is still to be determined), I’ll only be able to test it in standard 2-D mode. I’ll post my results with that more as I get time to play with it. In the meantime, let’s start with some tantalizing photos of the unboxing. Click on any of the pictures to enlarge.

You can’t start an unboxing without a box: 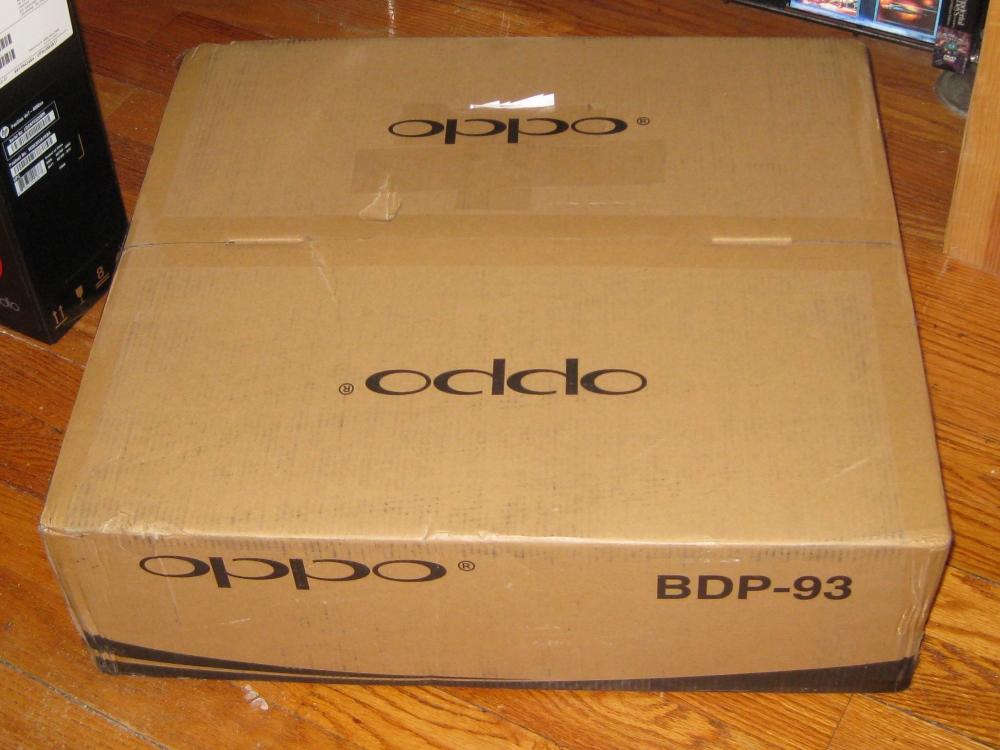 Here’s the first shot of the box’s innards: 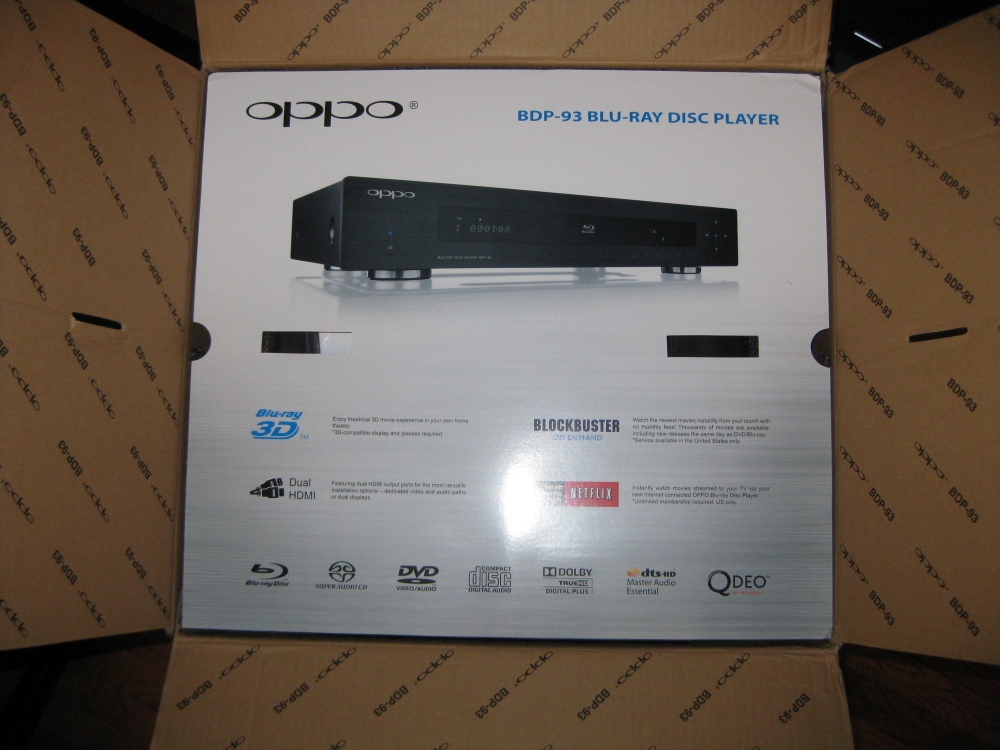 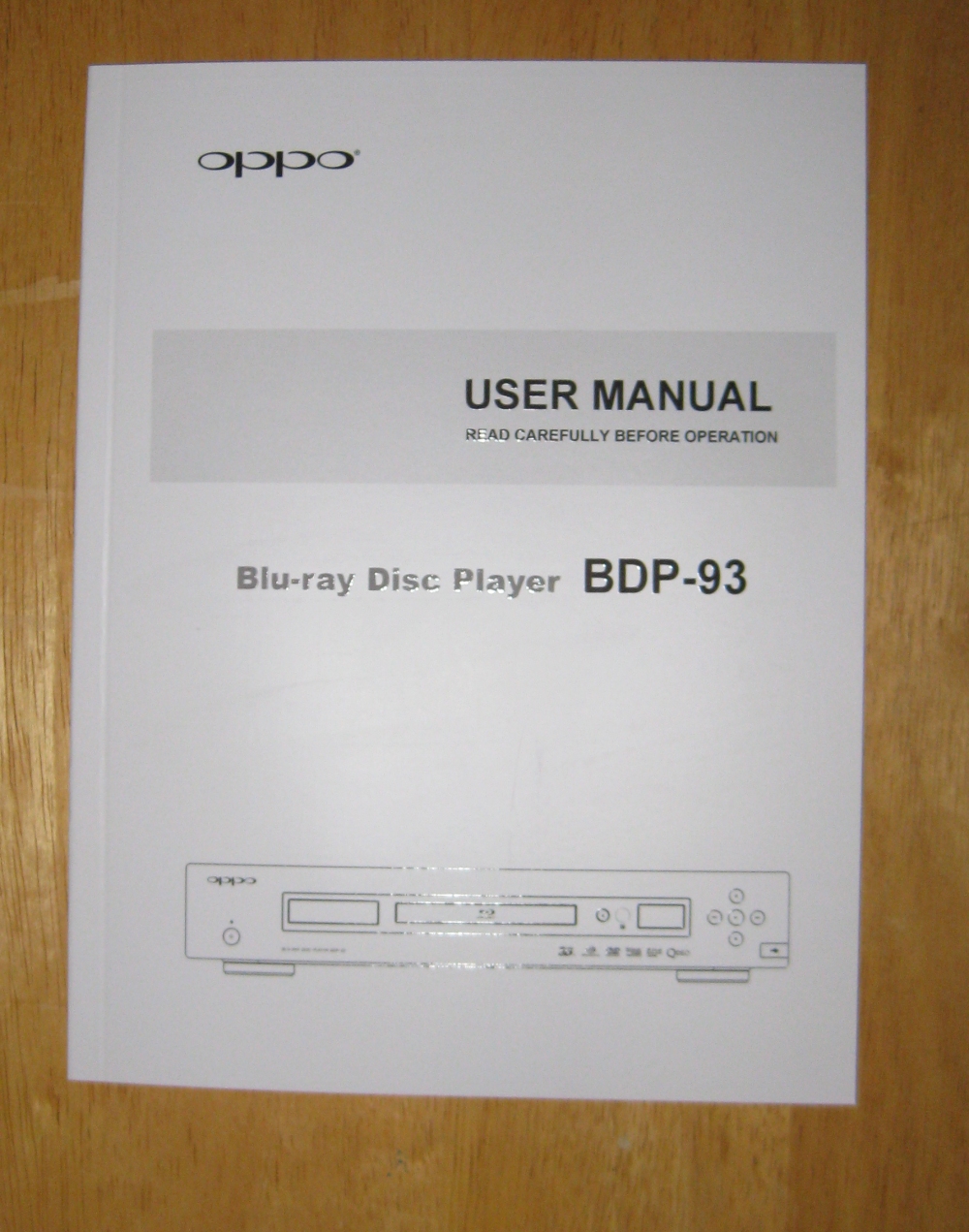 A smaller box holds the accessories:

Here are the accessories. I believe that’s a wireless bridge kit at the bottom. I don’t know if that comes standard, or was put in special for early adopters. 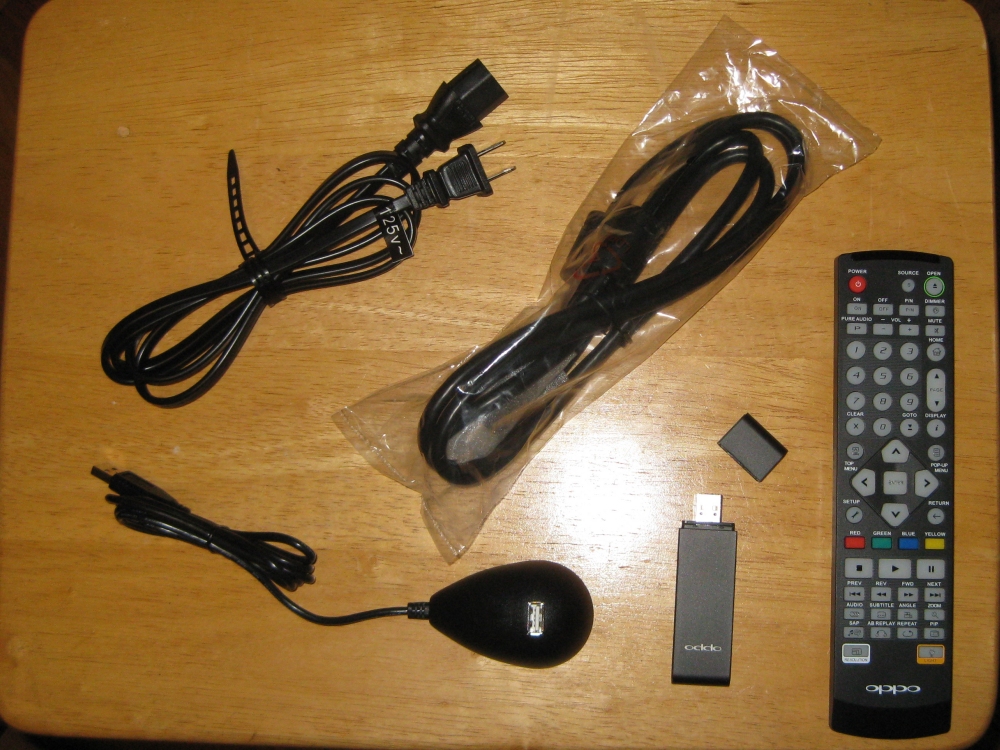 OPPO always includes a carrying case for the player. It’s a nice touch, though I can’t say I’ve ever used one. 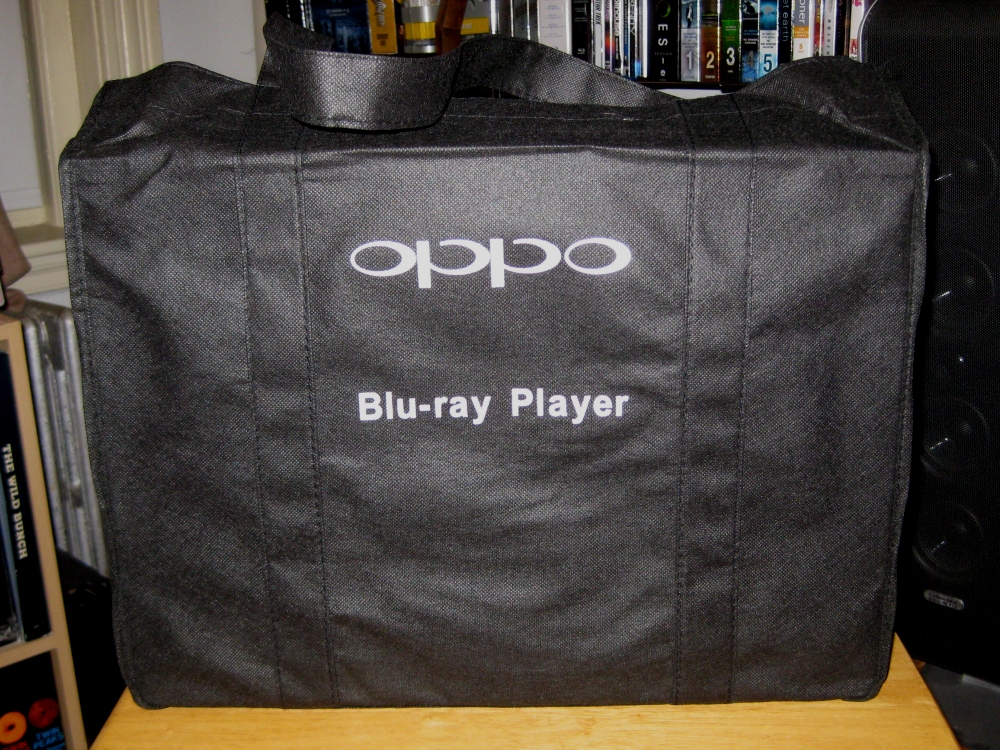 A close-up of the OPPO logo on the front panel:

And a look at the right side of the front panel: 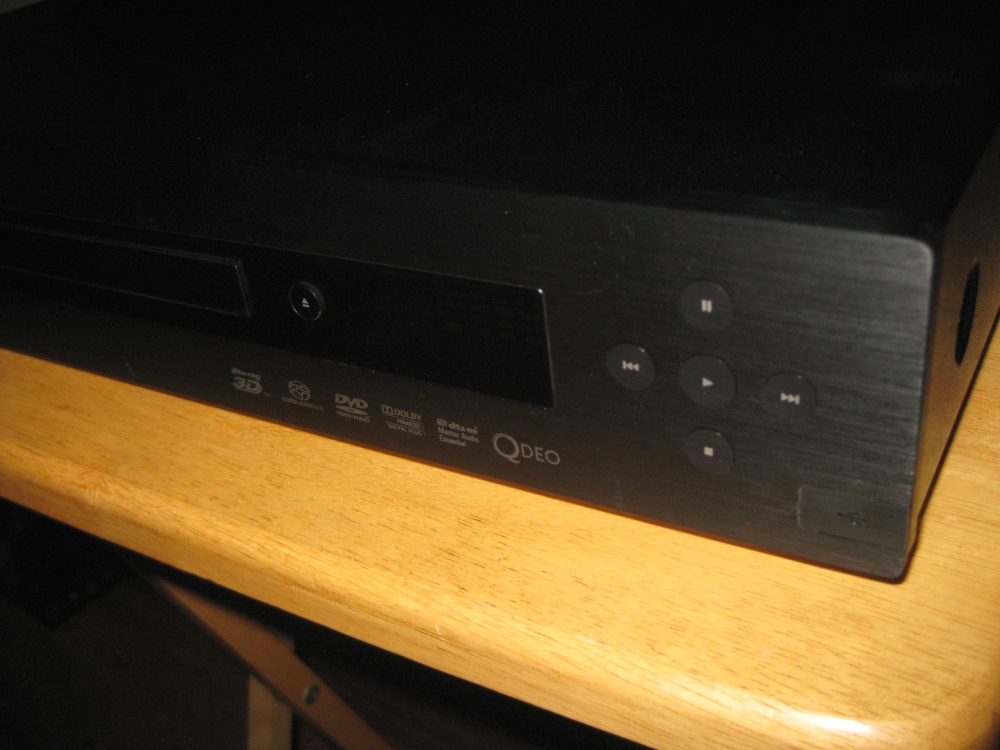 Finally, here’s a shot of the connection terminals on the back panel: 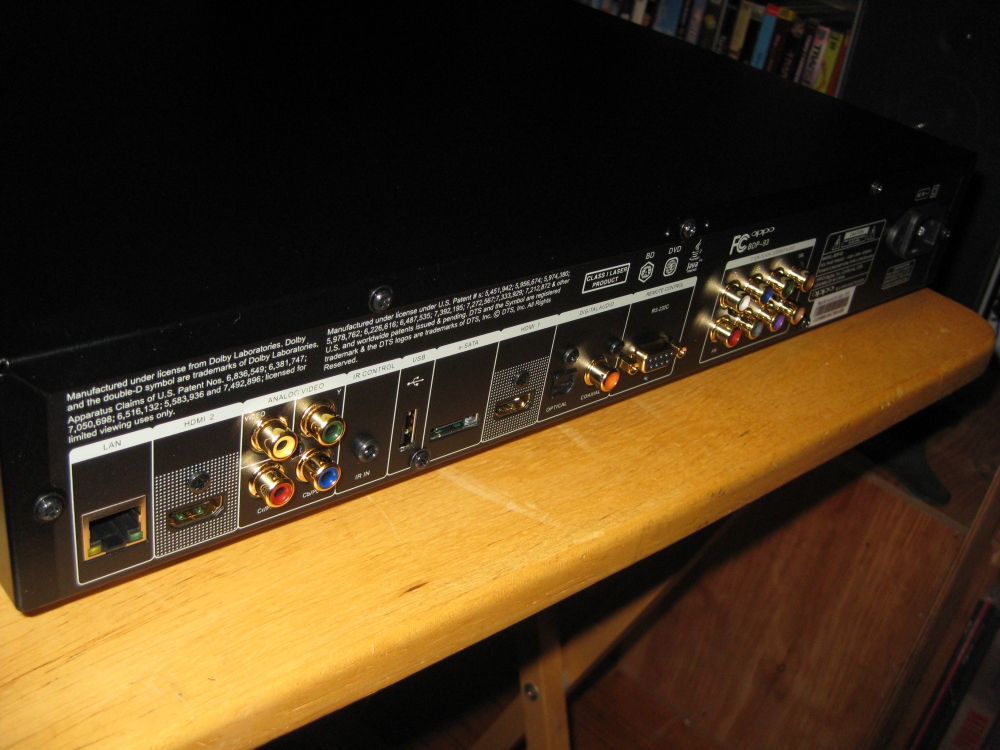 The BDP-93 has two HDMI outputs. One is the standard HDMI connection, while the other is dedicated exclusively to audio. This allows you to connect the player to a 3-D display with one cable for video and to an older HDMI 1.3 A/V receiver separately for audio. That’s something I plan to take advantage of, because I have no plans to change my receiver.