By now, you’re probably sick of hearing ‘Olympus Has Fallen‘ described as “Die Hard in the White House.” Fair enough. If you’d like the chance to win an action thriller in which a lone underdog hero is trapped in a confined location (that happens to be where the President lives) with a bunch of terrorists, enter our contest today.

Oh, allow me to be more specific, since there were two of these this year. If you’d like the chance to win an action thriller in which a lone underdog hero (played by Gerard Butler) is trapped in a confined location (that happens to be where President Aaron Eckhart lives) with a bunch of terrorists, enter our contest today.

OK, got it? Good. To win a copy of the Blu-ray, all you have to do is participate in our photo caption contest by giving us a funny or clever caption for the following image. Click to enlarge: 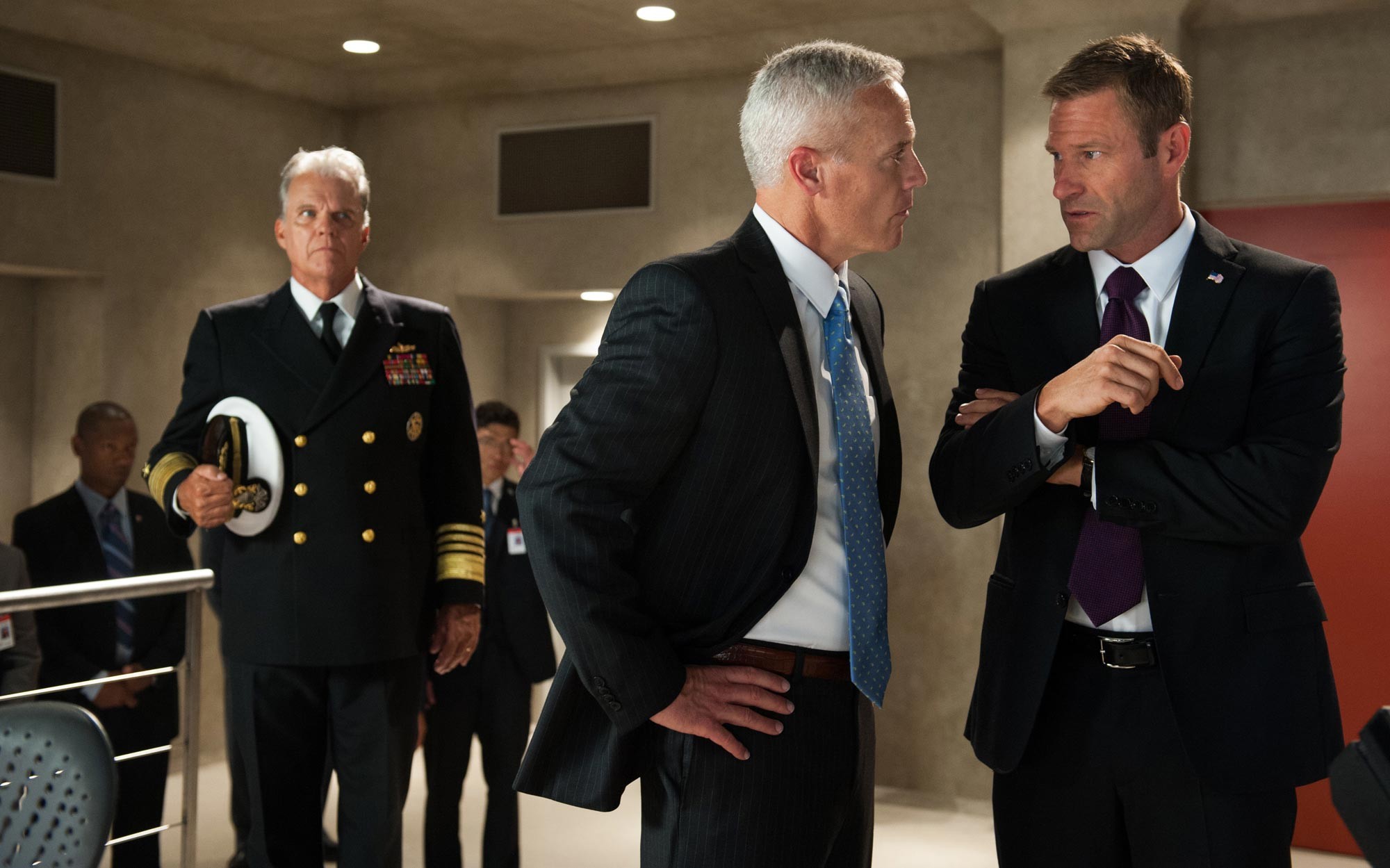 For example: “Don’t look, but I think General McCreepypants is stalking us.”

We have one copy of the Blu-ray to give away. The winner will be chosen at our own subjective discretion based on whichever responses we enjoy the most. Entries are limited to 10 per person. That should give you plenty of opportunity to craft a good submission, but will also help us to avoid any potential appearance of awarding prizes based on volume rather than quality. (Please heed this limit. You will be taken out of consideration if you submit more than 10 entries.) All entries must be submitted in the Comments section of this blog post. Please do not attempt to email them to me.

The deadline for entry is Friday, August 16th. The winners will be announced the following week. Good luck!