Perhaps feeling a bit cheeky about the political climates brewing in both the United States and the UK at the end of 2015, Blu-ray distributor Twilight Time licensed director Michael Radford’s adaptation of George Orwell’s ‘Nineteen Eighty-Four’ from MGM. The limited edition disc has since sold out and gone out of print. Not coincidentally, it experienced a spike in sales after the results of last year’s American Presidential election.

I won’t belabor comparisons between Orwell’s depiction of a (to him) future England as a nightmarish political dystopia with the actual governments running either the UK or the U.S. today. You can form your own opinions on the similarities between the repressive Ingsoc regime’s penchant for rewriting history and “Newspeak” propaganda with the modern era of fake news and “alternative facts.” Let’s talk about the movie. 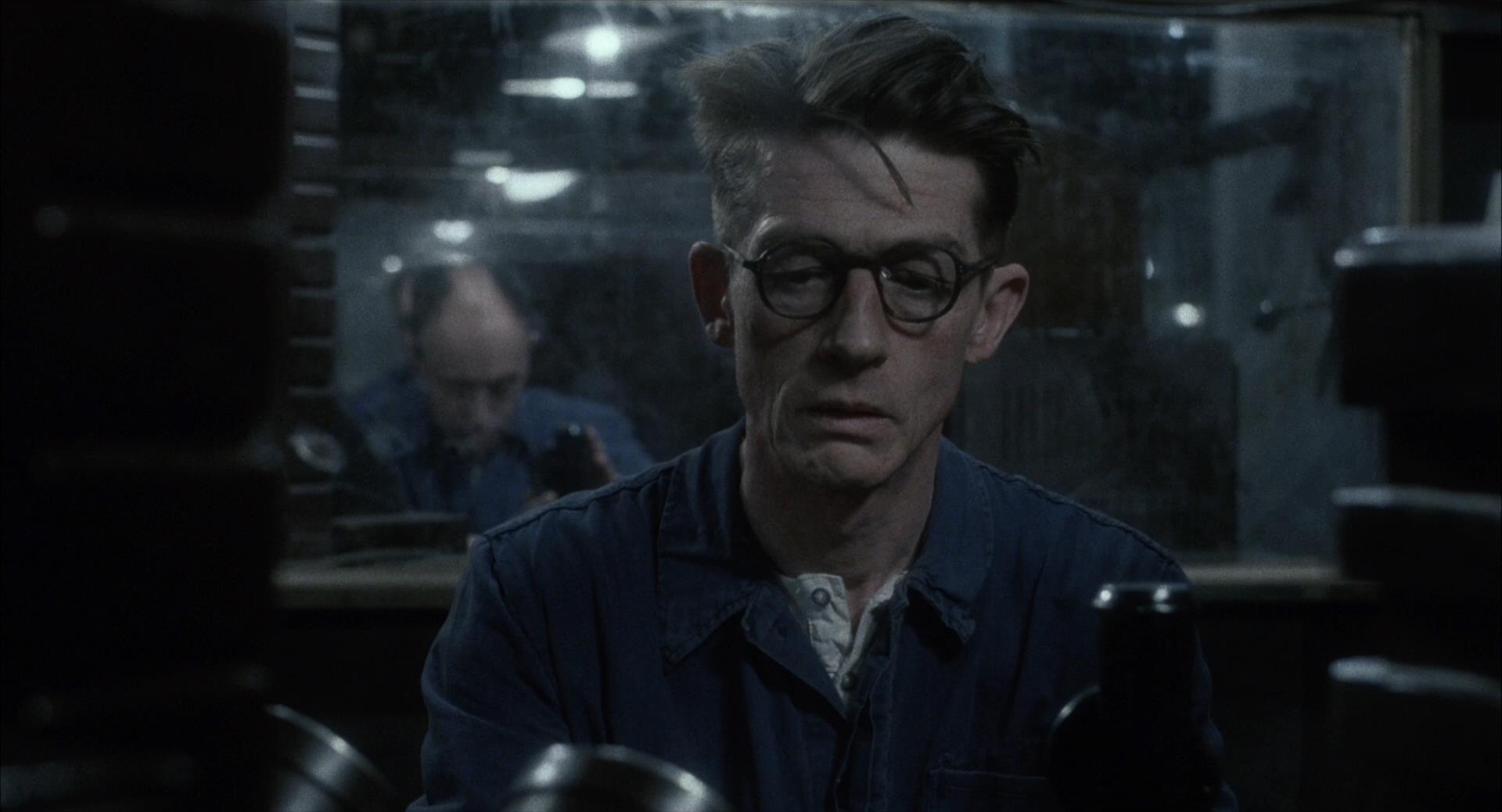 Michael Radford wasn’t the first filmmaker to bring Orwell’s ‘Nineteen Eighty-Four’ to the screen, but his version had the irresistible sales hook of being produced and released in the title year 1984 itself. Radford went so far as to shoot many scenes in the locations (even some on the same dates) that Orwell had described in the novel.

The late John Hurt stars as the tale’s hapless hero, Winston Smith. Employed as a tool of the state, he spends his days censoring and rewriting old newspaper stories to align with the Party’s current official version of events. The Party controls all aspects of life in the country of Oceana, including its history. What the Party says happened is what happened, and if tomorrow the Party says that something different happened, that’s of course how it always was all along. The Party is infallible in all things and cannot be questioned.

Winston, however, does start to question when he falls in love with a woman named Julia (Suzanna Hamilton). Their relationship is forbidden, as are all romantic attachments. Their secret trysts are intensified by the thrill of disobedience. Winston is then introduced to O’Brien (Richard Burton in his last film role), a Party official who claims to be affiliated with an underground resistance movement, and who slips Winston uncensored material revealing secret truths about the Party.

Anyone who’s read Orwell’s novel knows that Winston’s story does not end well. I don’t feel guilty spoiling that, given that the book remains a staple of high school reading lists. I personally haven’t read the book since high school and only remember it in broad terms, but Radford’s film seems to cover the essentials of the narrative. John Hurt delivers an excellent performance as the downtrodden and eventually broken Winston. Just as importantly, Radford envisions a very convincing and even plausible dystopic world. A common problem with stories like this is that they’re often too far-fetched, forcing audiences to question whether real human beings would ever really, for example, make a public entertainment spectacle out of watching children murder each other (as in ‘The Hunger Games’). Here, Oceana feels like a very lived-in and run-down place, with details of day-to-day life that almost seem possible. Frankly, this could be happening in North Korea right now.

‘Nineteen Eighty-Four’ is a very quiet film. It’s slow, contemplative and melancholy – sometimes too much so. In Radford’s zeal to present the story in very matter-of-fact terms without undue sensationalism, the movie is occasionally dull. The love story between Winston and Julia is also poorly developed and feels more like a narrative contrivance than an actual relationship. Never do we have reason to understand what Julia would see in Winston. The movie gives us no basis for their romance, other than that they happened to lock eyes during a mandatory rally. Before you know it, they’re sneaking off to a secret room and their clothes are on the floor.

Those flaws aside, the film is at the very least a worthwhile illustration of a classic text. The themes of the story remain compelling as societies all over the world slip further toward extremism. 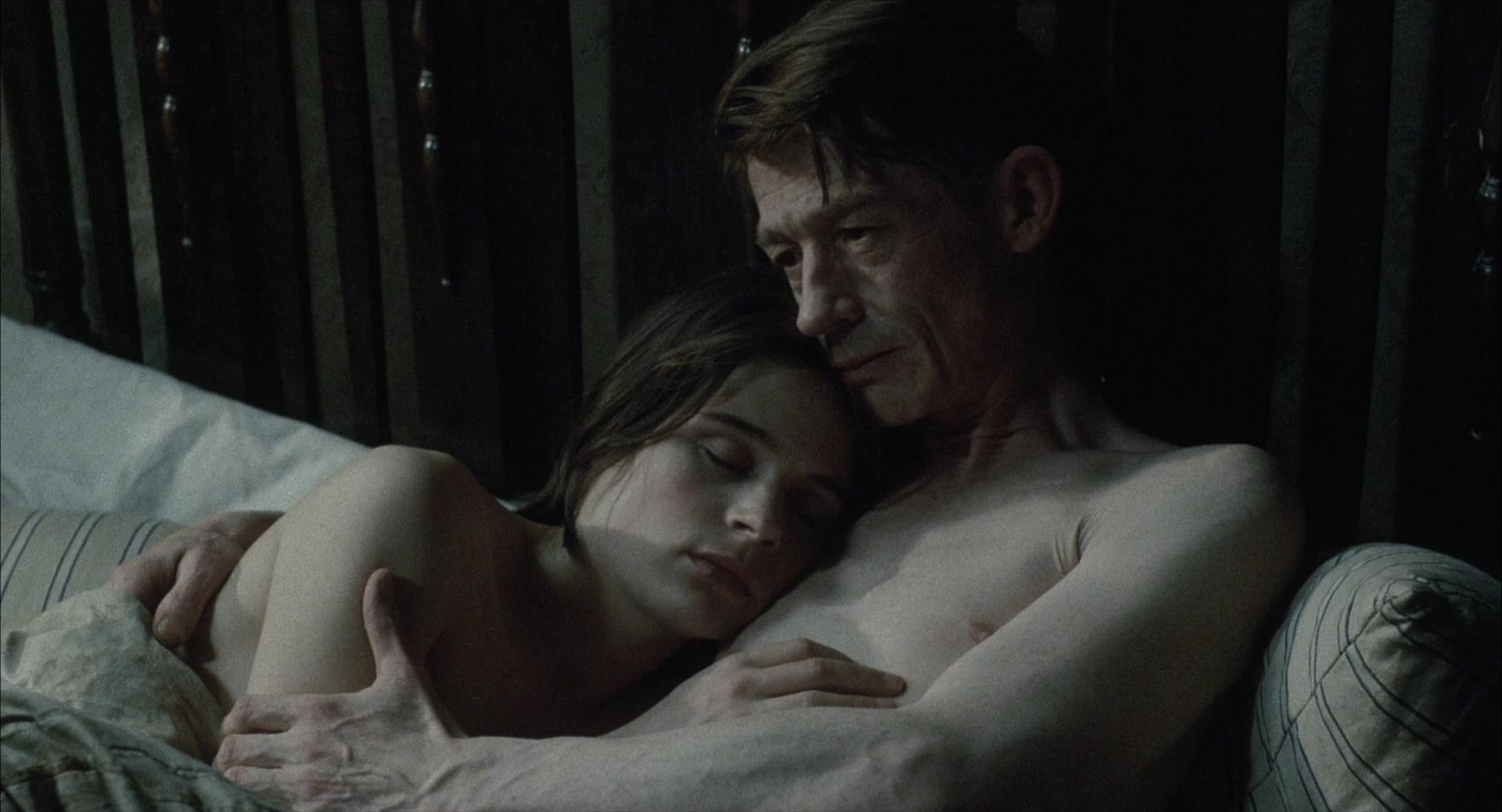 There Is Truth and There Is Untruth

‘Nineteen Eighty-Four’ was one of the earliest features photographed by Roger Deakins, who shot it with a very striking style of stark, desaturated colors. He and director Radford originally wanted to film in black-and-white, but the producers wouldn’t let them for commercial reasons. Instead, they used a process called bleach bypass, which sucked much of the color out and gave the image a deliberately washed-out appearance. (Later films to use this technique include ‘Se7en’ and ‘Saving Private Ryan’.) For the Blu-ray transfer, that process was emulated digitally, which allowed a greater level of image manipulation and control so that some colors can seep in when needed. The Blu-ray may even look better than the original release prints ever did – “better” being a relative term when the intent of the style is to look faded and grungy. In other respects, the picture is mildly letterboxed to 1.85:1 (not 1.66:1, as incorrectly claimed on the disc packaging) and has nice detail, texture and light grain. It’s a fine-looking disc given the intent of the piece.

The soundtrack is offered in two versions, both encoded as lossless DTS-HD Master Audio 1.0 mono. The only difference between them is the musical score. When he made the movie, Radford commissioned a full orchestral score from composer Dominic Muldowney. However, the producers insisted on using a whole new score from pop group Eurythmics instead, in order to parlay it into greater soundtrack album sales. Radford hated this so much that he had the volume of the music dialed down very low in the mix and only used it sporadically when he had no other choice. The original Muldowney score, Radford’s preference, was not restored to the film until Laserdisc and DVD.

Truth be told, the Eurythmics score is perfectly fine music on its own. (It’s more ambient techno than rock.) The band claims that they recorded it in good faith when they were hired and had no knowledge of behind-the-scenes strife regarding it until much later. Nonetheless, it sets the wrong mood, and Radford is correct that the Muldowney score is more tonally appropriate.

Eurythmics fans excited to watch that version will be disappointed at how poorly mixed the music is when integrated with the movie. Luckily for them, Twilight Time has also provided an isolated Eurythmics score track in DTS-HD MA stereo that’s much louder, clearer, and sounds vastly better. The music is still only sparsely distributed throughout the movie, though.

The Blu-ray’s only other extras are a theatrical trailer and some booklet liner notes by Twilight Time essayist Julie Kirgo. 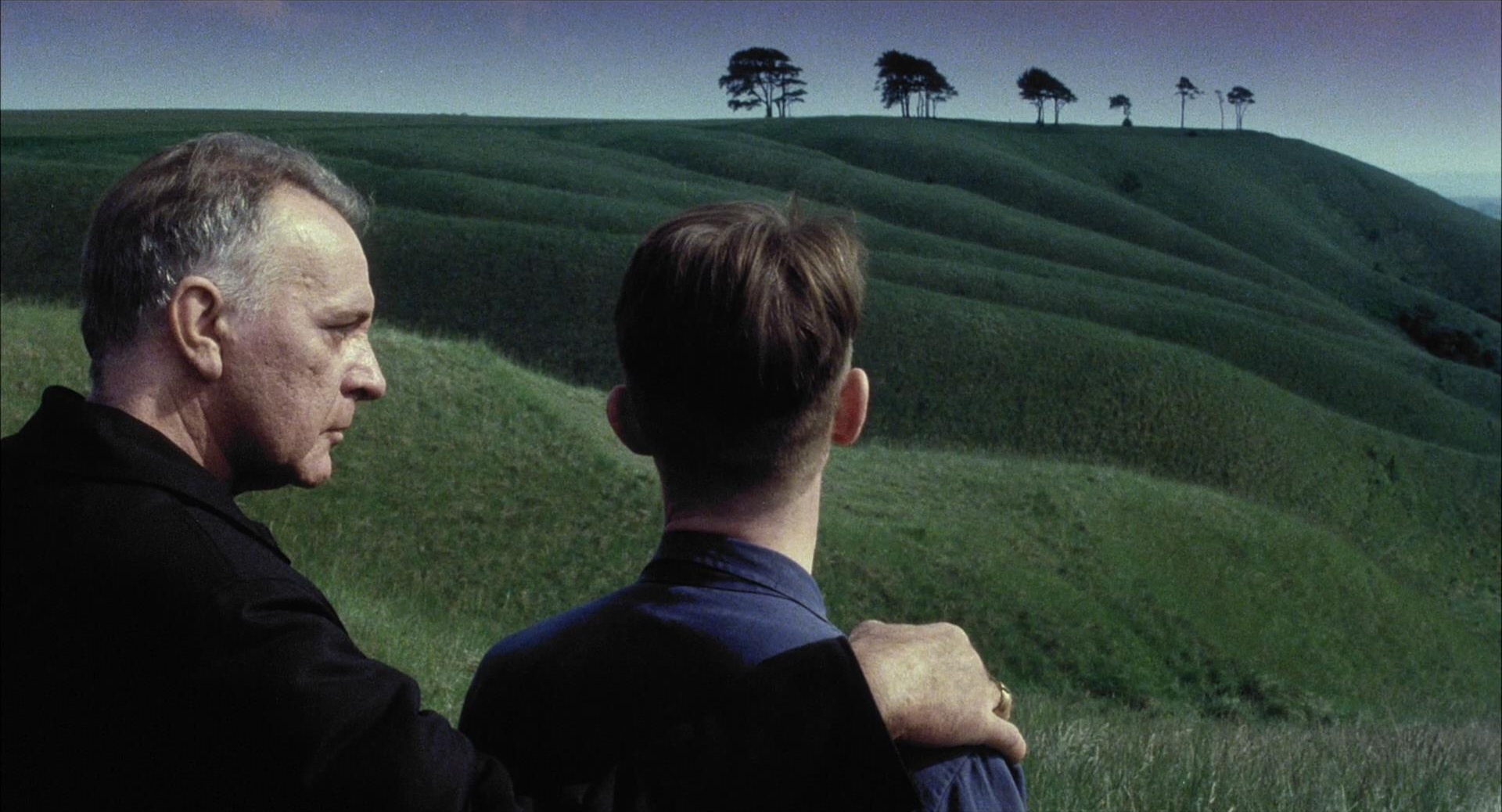 Political potshots aside, Twilight Time’s Blu-ray was a very nice disc of an interesting movie. It’s a shame that it’s gone out of print. If you were fortunate enough to buy one of the 3,000 copies before they sold out, but haven’t gotten around to watching it yet, give it a spin.

If you’re interested in the movie now but didn’t buy the Blu-ray when it was available, should you pay big money to obtain it from some eBay reseller who’s jacked up the price? That’s a tough call. I wouldn’t be surprised if the movie were eventually reissued by another distributor (Kino seems a likely candidate) when Twilight Time’s exclusivity agreement expires.