Remember when Nintendo had power? Power of the monthly magazine variety, I mean. According to numerous sources, Nintendo Power has just one issue remaining before it joins countless other expired bits of print media. While the magazine had been owned and operated by Nintendo for years, the company rid itself of the publication in 2007. Without Nintendo’s direct support, there’s little hope that Nintendo Power could continue, even in a digital format. 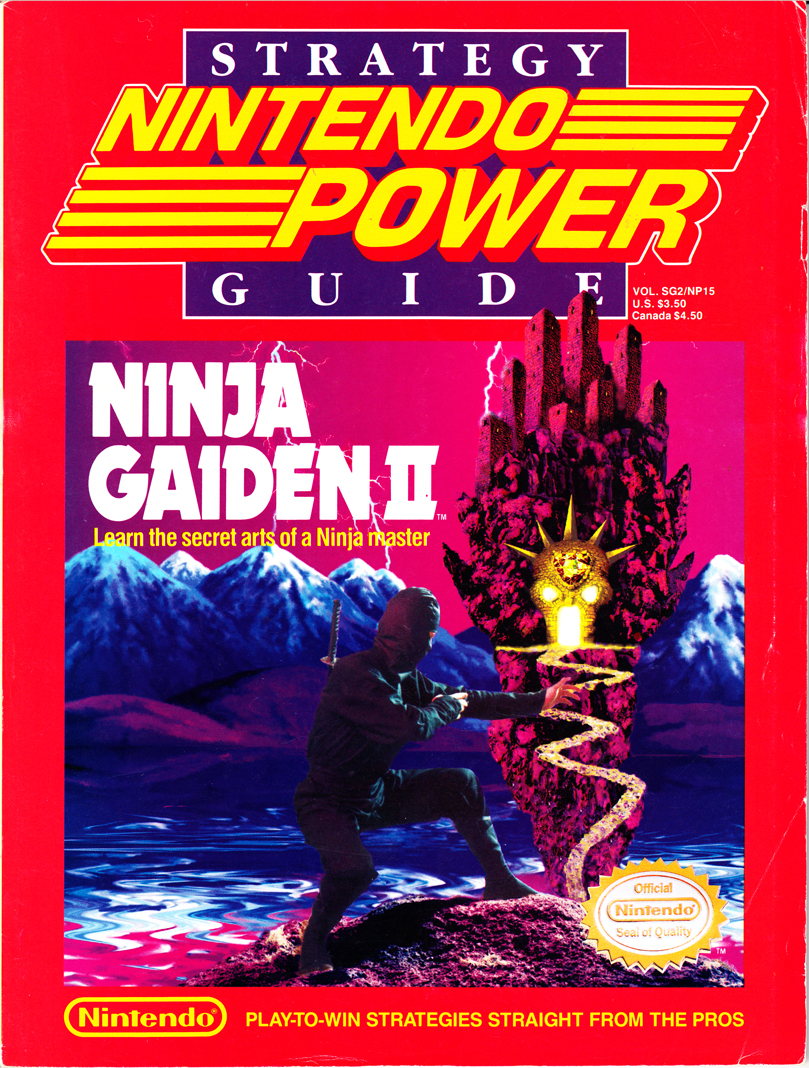 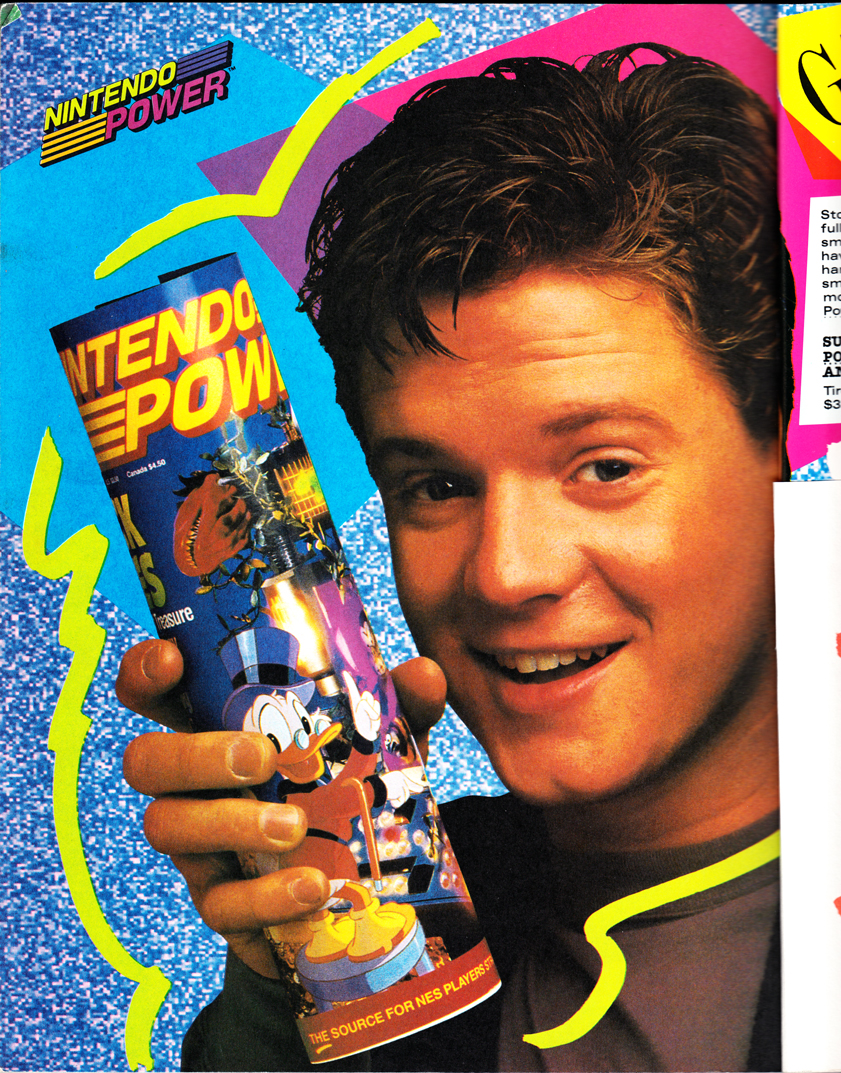 As an enthusiast magazine, Nintendo Power‘s reason for existence dissipated with the proliferation of the internet. However, if we take a step back to 1988, the magazine was nothing short of amazing. The Nintendo Entertainment System ruled the land, but if you wanted to see or learn anything about it beyond your own system and the games you owned, you needed Nintendo Power.

Long before the cheat/dev code device Game Genie was released, Nintendo Power was there with its “Tips and Tricks” section. Remember, this was back when an arcade game that was designed to siphon quarters from your pocket might come to the NES with a single life for the player. An additional life might be granted after a billion points, but by then, that $50 game might be too difficult to continue playing. In addition to “Tips and Tricks,” Nintendo Power had entire maps of games. That’s a fact that Nintendo reminded us of with every purchase, as each game came with an advertisement and subscription form for the magazine. The ad had a tiny ‘Legend of Zelda’ map that was just legible enough to make you wish for the full-sized version.

When I think about entering “ZELDA” as a save-name to access the game’s second quest straight away, or using the famous Konami code in ‘Contra’ to get thirty lives, or actually being able to beat the ‘Castlevania II: Simon’s Quest’ password system, or about ducking behind the white blocks in ‘Super Mario Bros. 3’, I have to credit Nintendo Power. 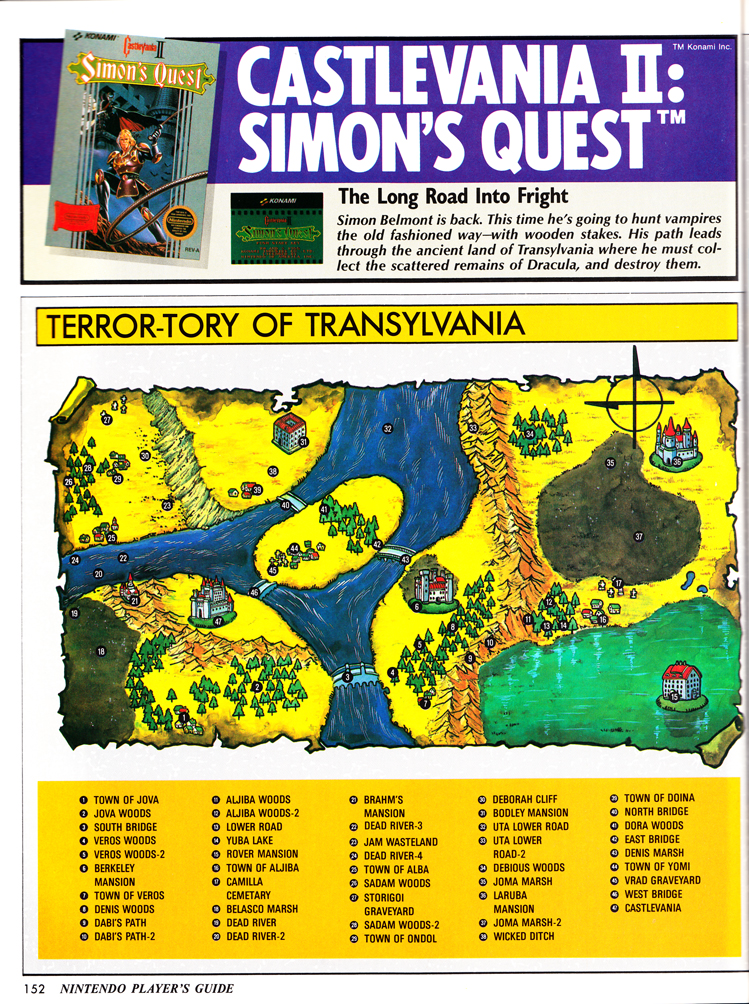 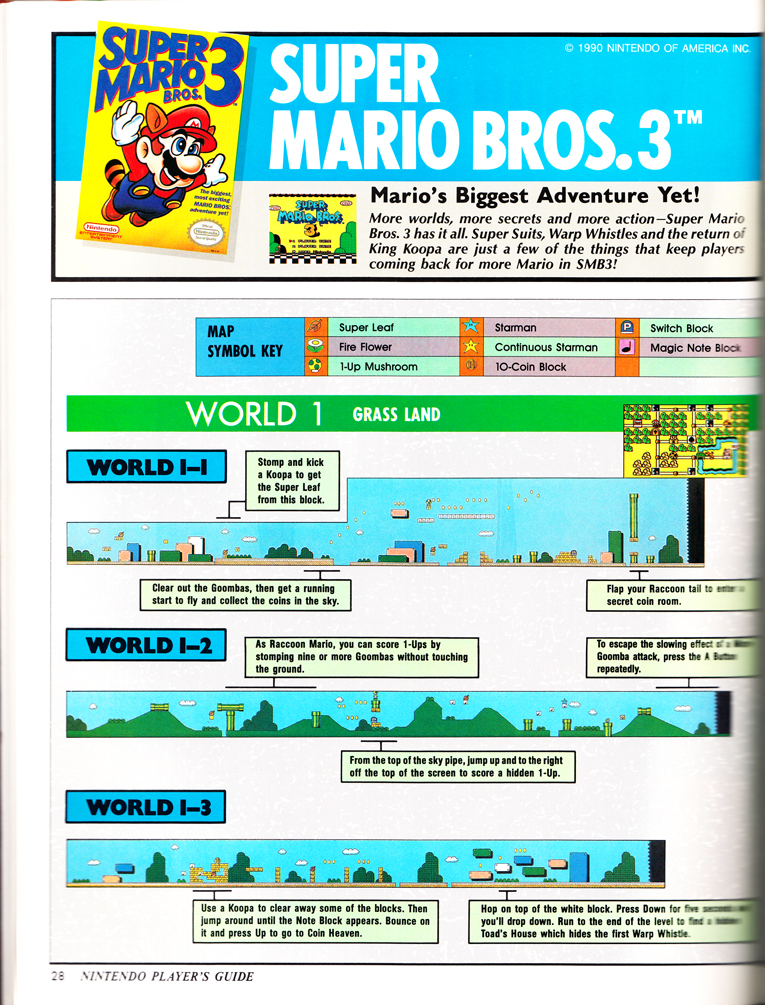 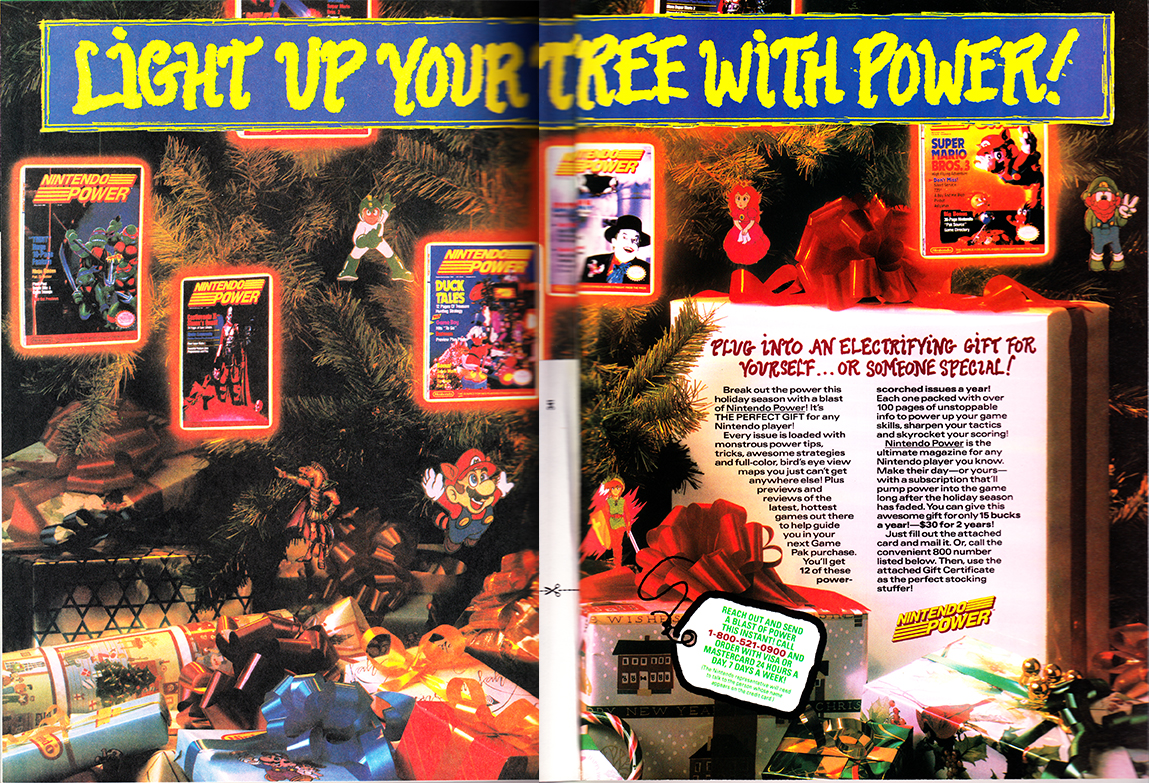 I recall reading on a list of future releases, devoid of any additional information, that there would be a game released at some point called ‘Earthbound’. I was instantly captivated by the name. A later Nintendo Power issue that featured ‘Earthbound’-themed scratch-and-sniff cards revealed a completely different game from what I had initially imagined. 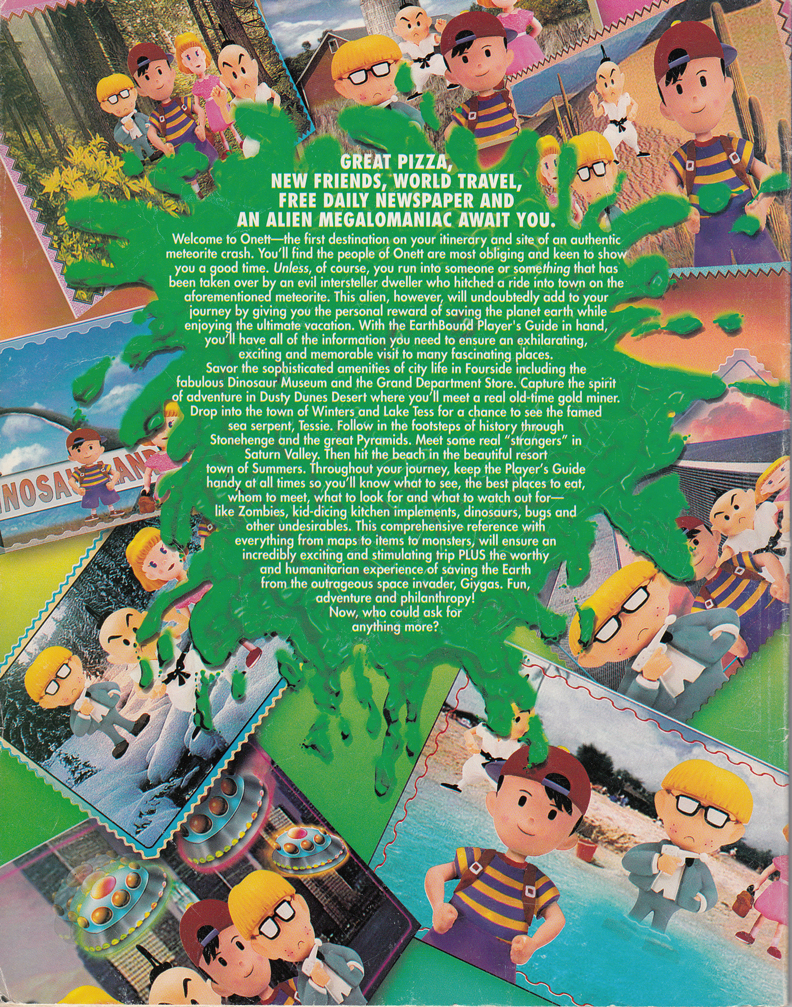 For a long time, Nintendo Power rarely deviated from its formula of two featured games, the cheats sections, the game poster, and the letters section. However, I remember one legend begot by the magazine. 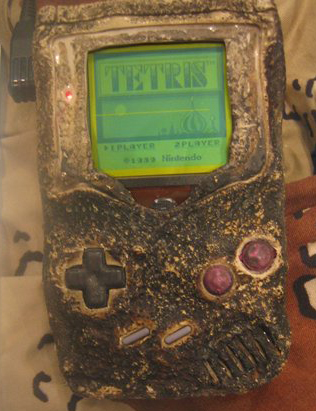 This original Game Boy survived as the structure that surrounded it yielded to bomb damage during Desert Storm. Knowing personally what it takes to break an original Game Boy, I have no problem believing this.

Another favorite issue of mine featured the Virtual Boy. The entire issue was in 3D, complete with little “Virtual Boy” branded cardboard glasses. Of course, being themed around the Virtual Boy, all the pages were black, with red and black screenshots. It wasn’t a great look for a magazine.

In one more memorable issue, Nintendo Power revealed the controller for the Nintendo Ultra. A top-down shot of the N64’s controller was nothing short of perplexing. Later isometric views had to be coupled with bananas just so that the eye would have something recognizable to grasp onto. 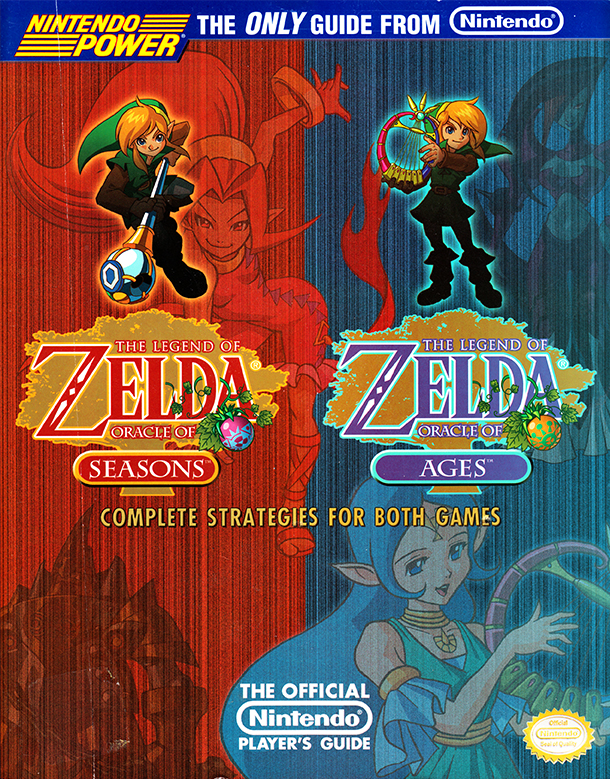 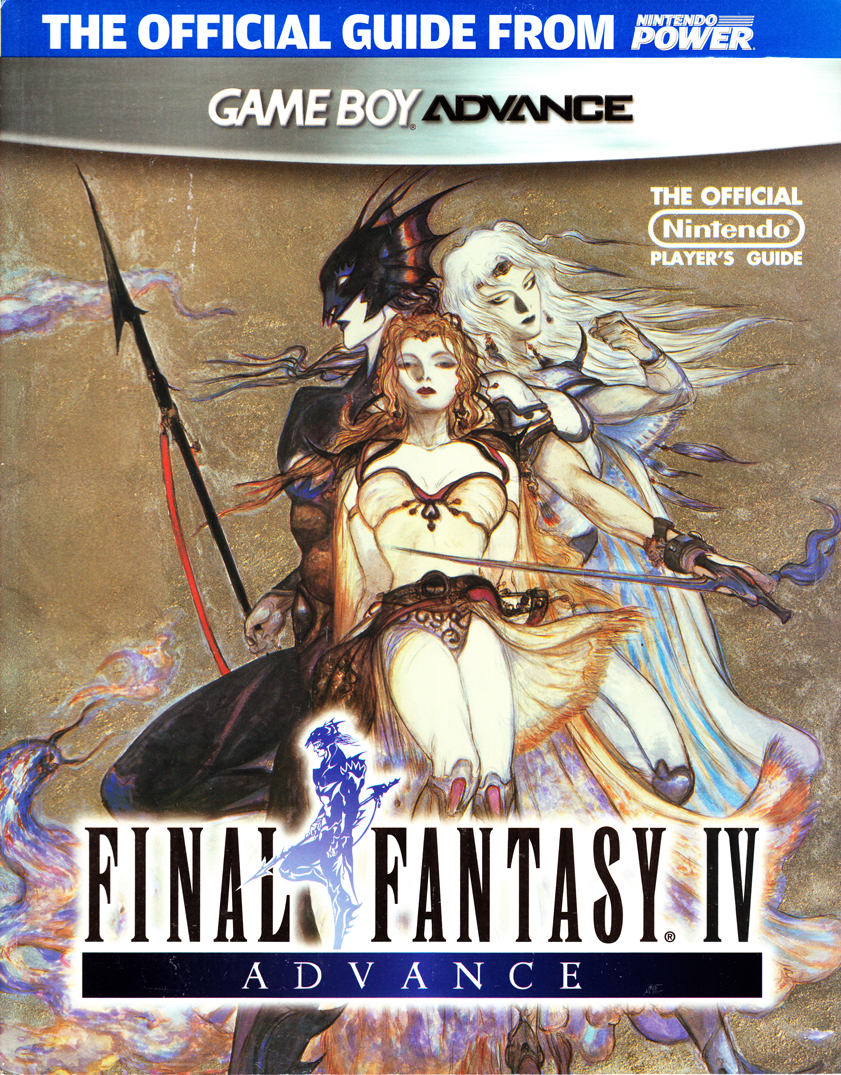 Despite having a subscription off-and-on after the debut of the N64, Nintendo Power never again had a scoop for me. Even now, the EGM cover featuring ‘GoldenEye’ comes to mind before thinking of Nintendo Power‘s less elegant version. The internet quickly displaced gaming magazines, which were stuck with crummy screenshots for 3D games and could never keep up with the gaming news cycle. Frequently, featured games would be delayed or canceled by the time magazines hit newsstands. First-party publications like Nintendo Power, the Official PlayStation Magazine and the Official Xbox Magazine had a theoretical advantage in access to their respective companies, but at a cost of objectivity. If readers had to discount the ratings, the reviews lost all credibility.

Sony sold its magazine with bonus discs that had game demos and videos, and Microsoft followed suit. For some time after the internet took over the game news and strategy side, players were still willing to pay for demo discs. Nintendo didn’t share this practice, and certainly never shipped demo cartridges for the N64. By controlling Nintendo Power, the company was able to bundle subscriptions with strategy guides and games. Best Buy even sold subscription packets mixed in with the games. Unfortunately, Nintendo Power missed out on being the type of magazine that you might find in a waiting room or on an airplane, a business that could have carried it indefinitely.

As if competition from the internet didn’t hurt it enough, the dwindling third-party support for Nintendo platforms and the company’s own slow release schedule, which left its consoles with fewer and fewer titles, also had a debilitating effect on Nintendo Power. In order to feature two games a month, the magazine needed 24 titles a year. When the N64, GameCube and now the Wii each hit the final years of their respective console cycles, it was hard to come up with 24 games that could interest players, even when adding in handhelds. 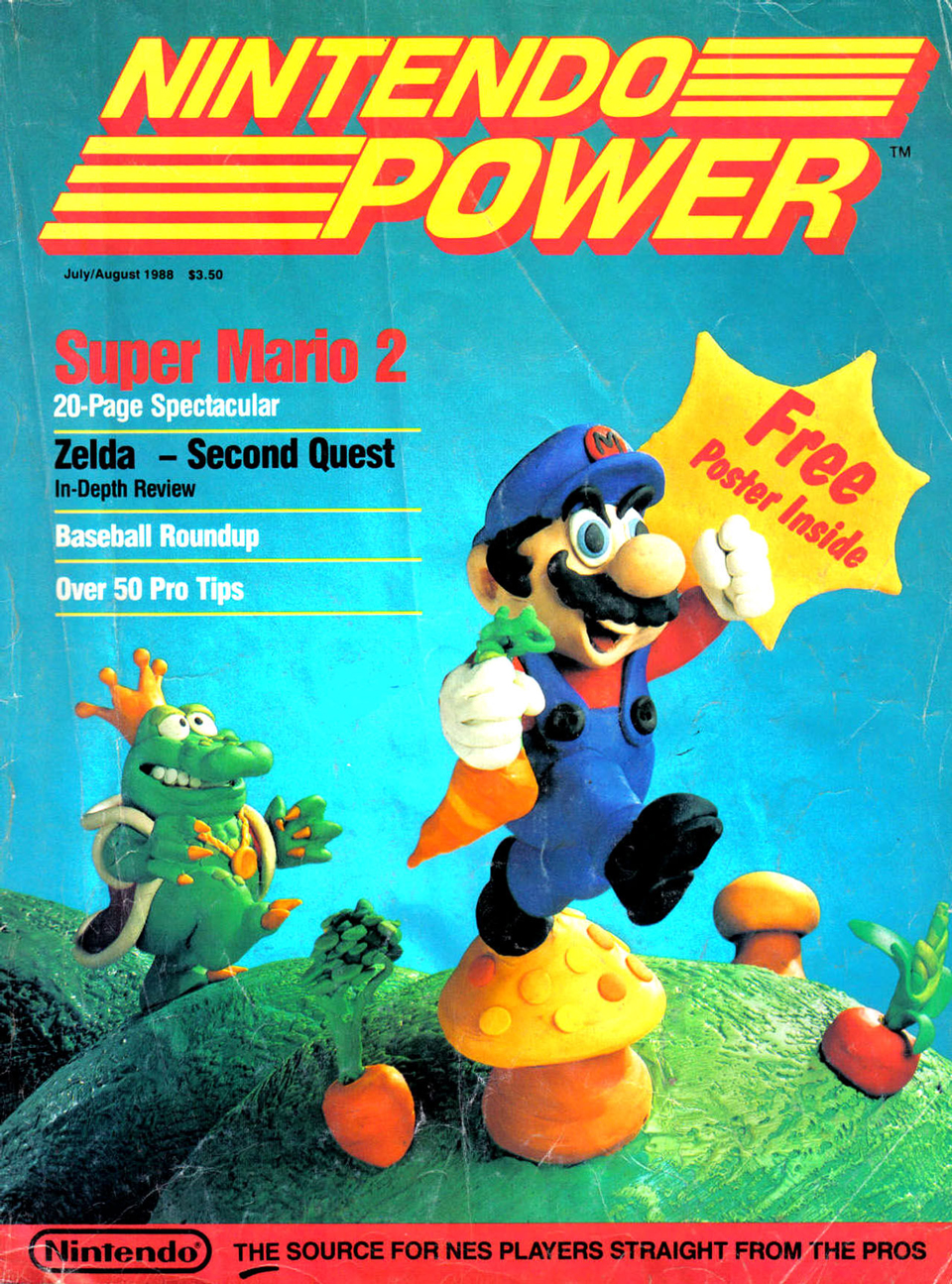 The magazine’s first cover image, a diorama for ‘Super Mario Bros. 2’, is burned into my memory. That picture was so often included not only with Nintendo games, but also on all those subscription cards that came with Nintendo Power. As obsolete as the magazine has become, I will still remember it fondly as the ultimate gaming resource of its era. 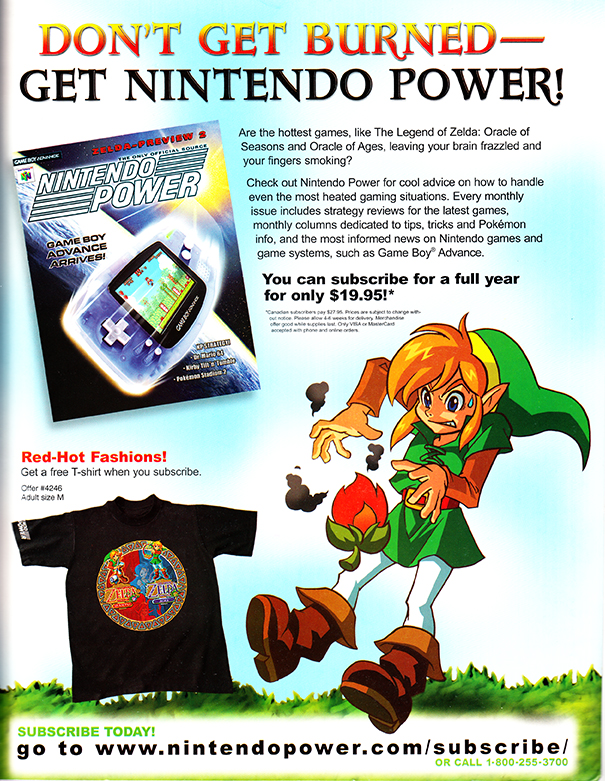 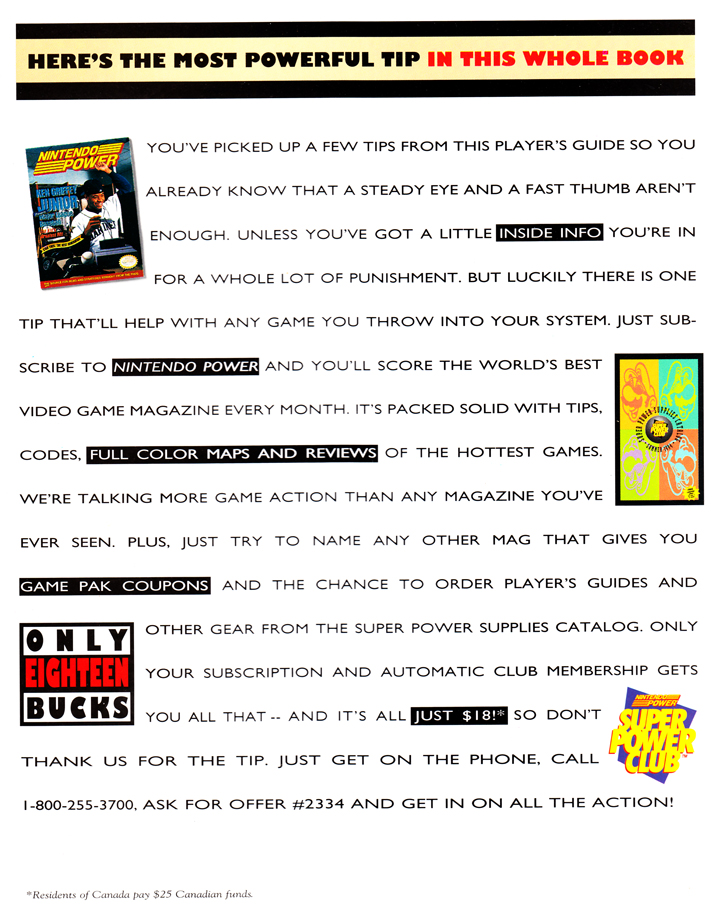 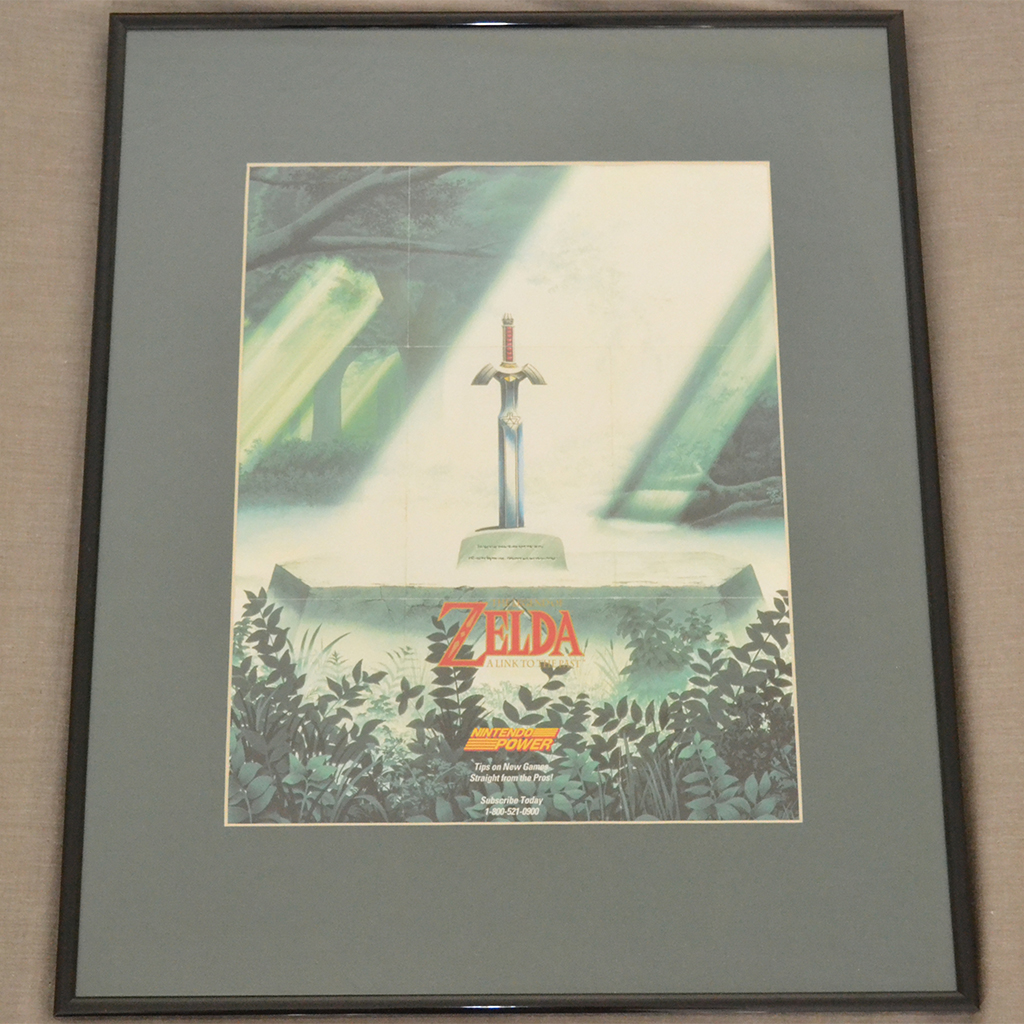