Days of Glory: Impressions on Having Nintendo's Hot Holiday Hardware in the Home Theater 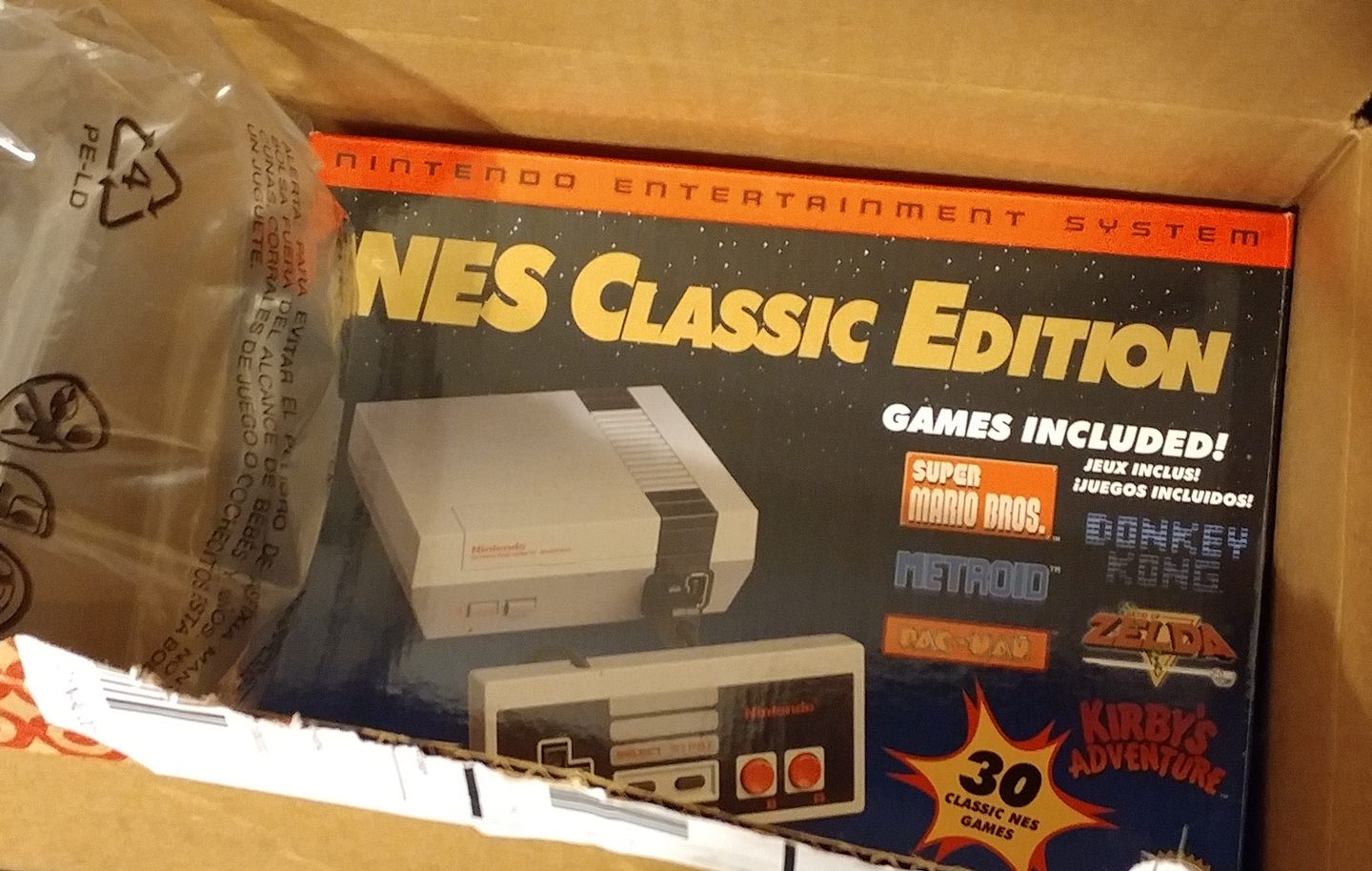 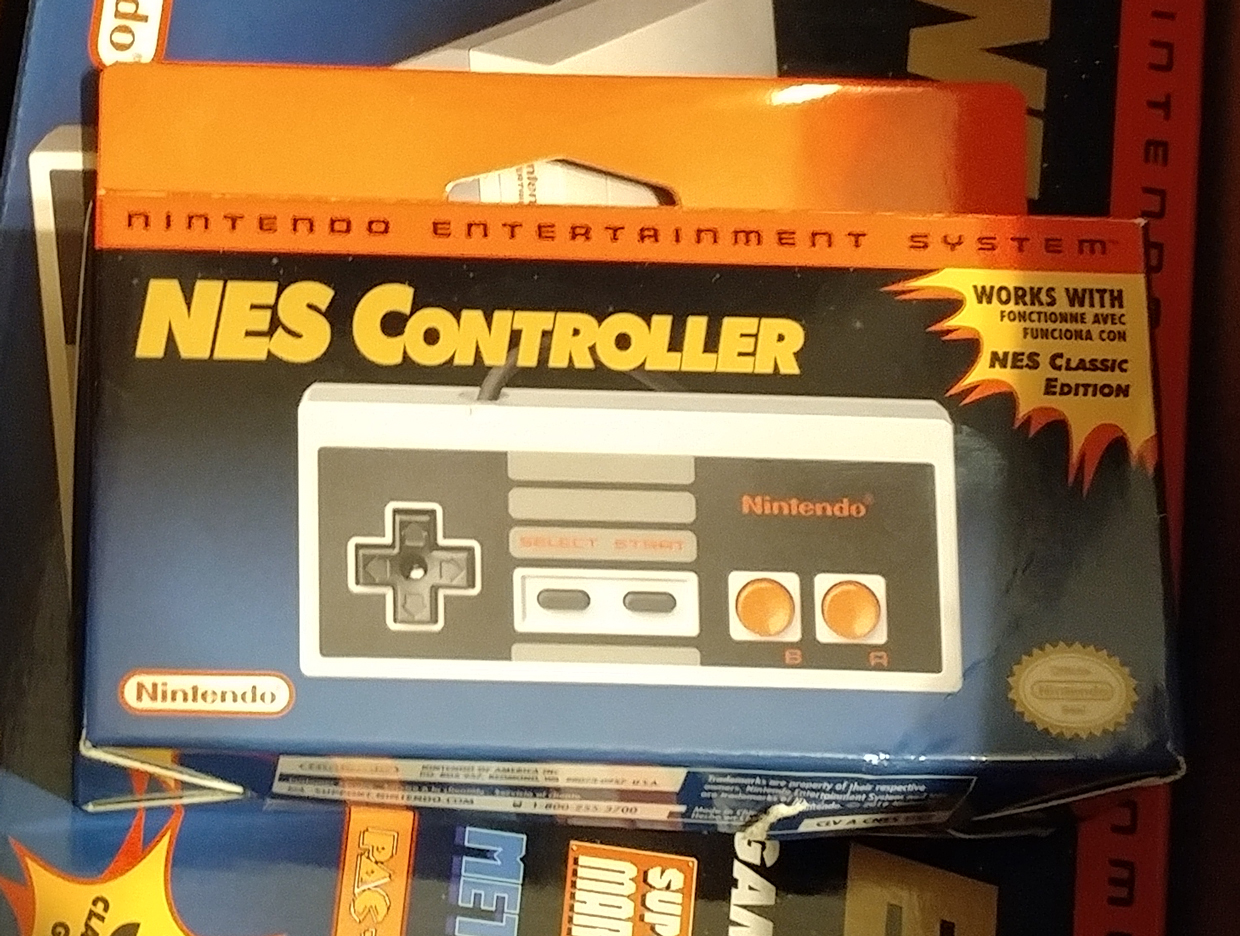 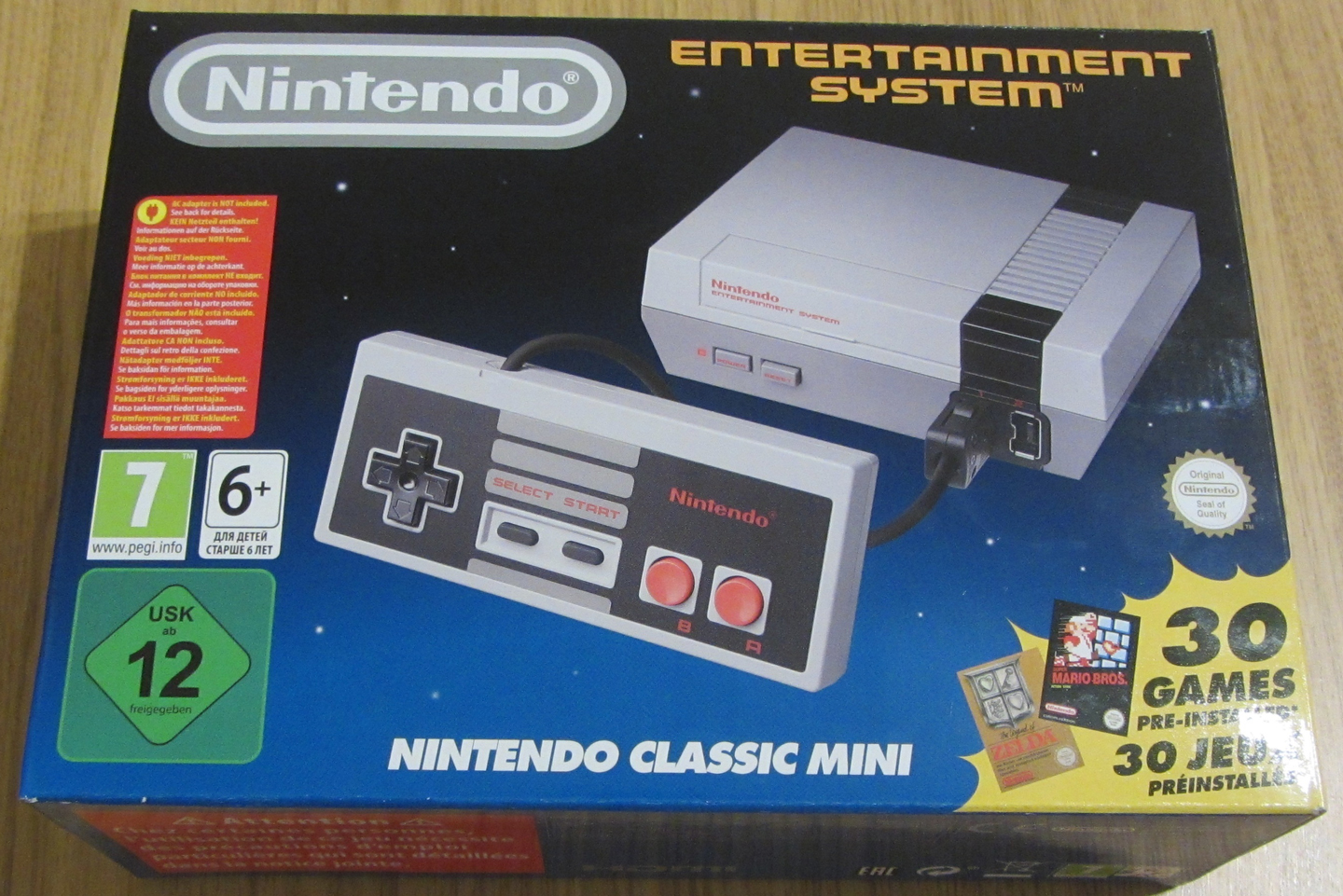 Not only did this come on the heels of Sony's much more expensive new hardware offering, but as luck (or bad fortune) would have it, 11 November is a holiday in Belgium. Worse, I forgot to preorder. The gods of classic gaming were kind, though: a quick call to a local toy store on 10 November proved fruitful enough to procure a NES Classic Edition on 12 November. Many eager fans were left in the dust, however, and prices on eBay quickly quadrupled amidst fears of the item being produced as a one-off batch. Those fears were quickly squandered when Nintendo promised more consoles on the horizon for January 2017, and beyond. Still, allocation could have been better. In a repeat of amiibo scenarios, artificial scarcity seems to have been implemented. Naughty Nintendo still at large. 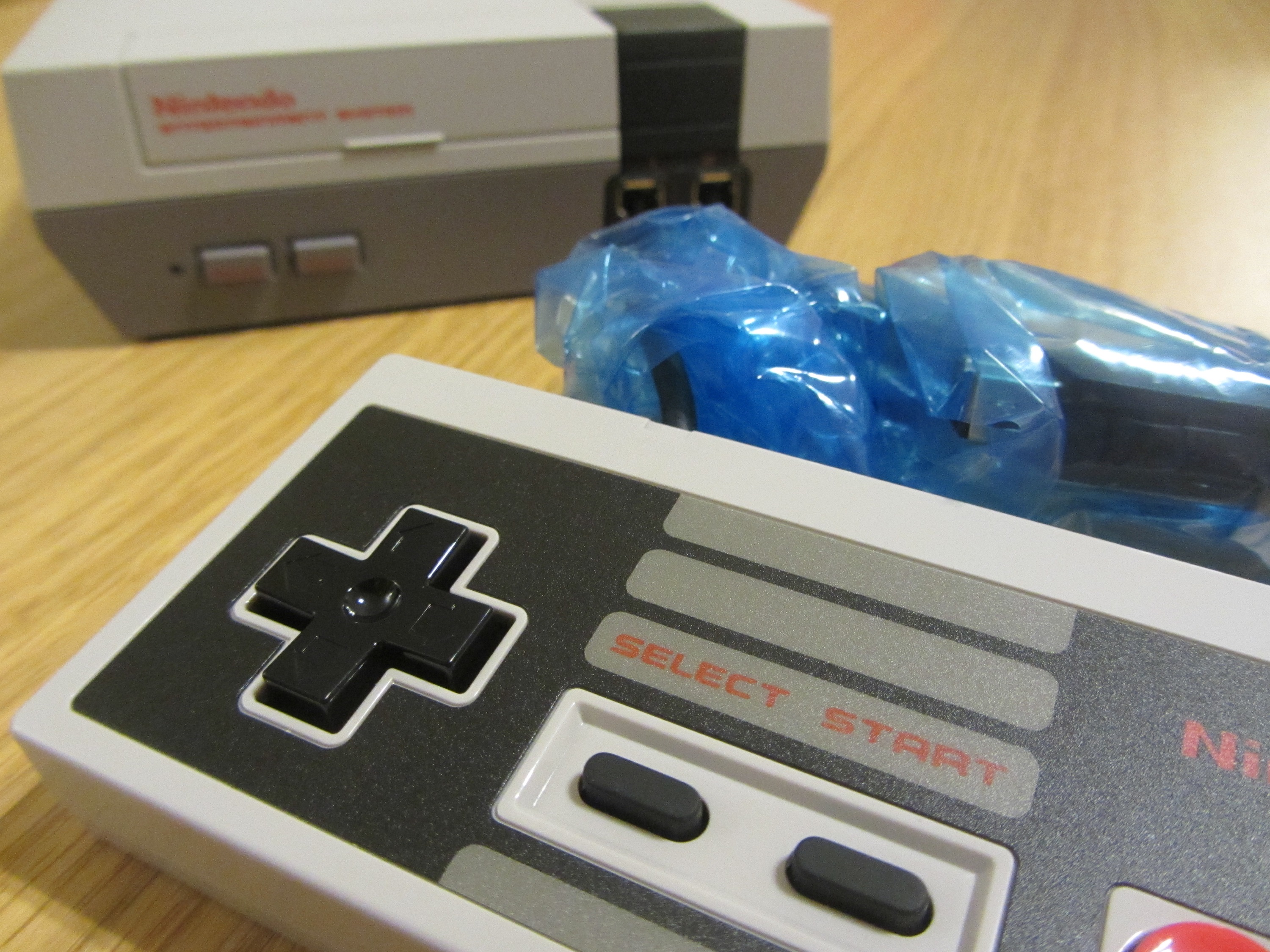 The European edition of the 'NES Classic Edition' is identical to the American one, right down to the selection of the games. The only difference is the name, and the lack of AC adapter for the USB-based power lead. Over here, the tiny console is officially called the 'Nintendo Classic Mini.' Meanwhile, the Japanese version has been branded 'Nintendo Mini Classic: Family Computer,' and offers different games and different hardware, obviously in an effort to mimic the Famicom of yore. 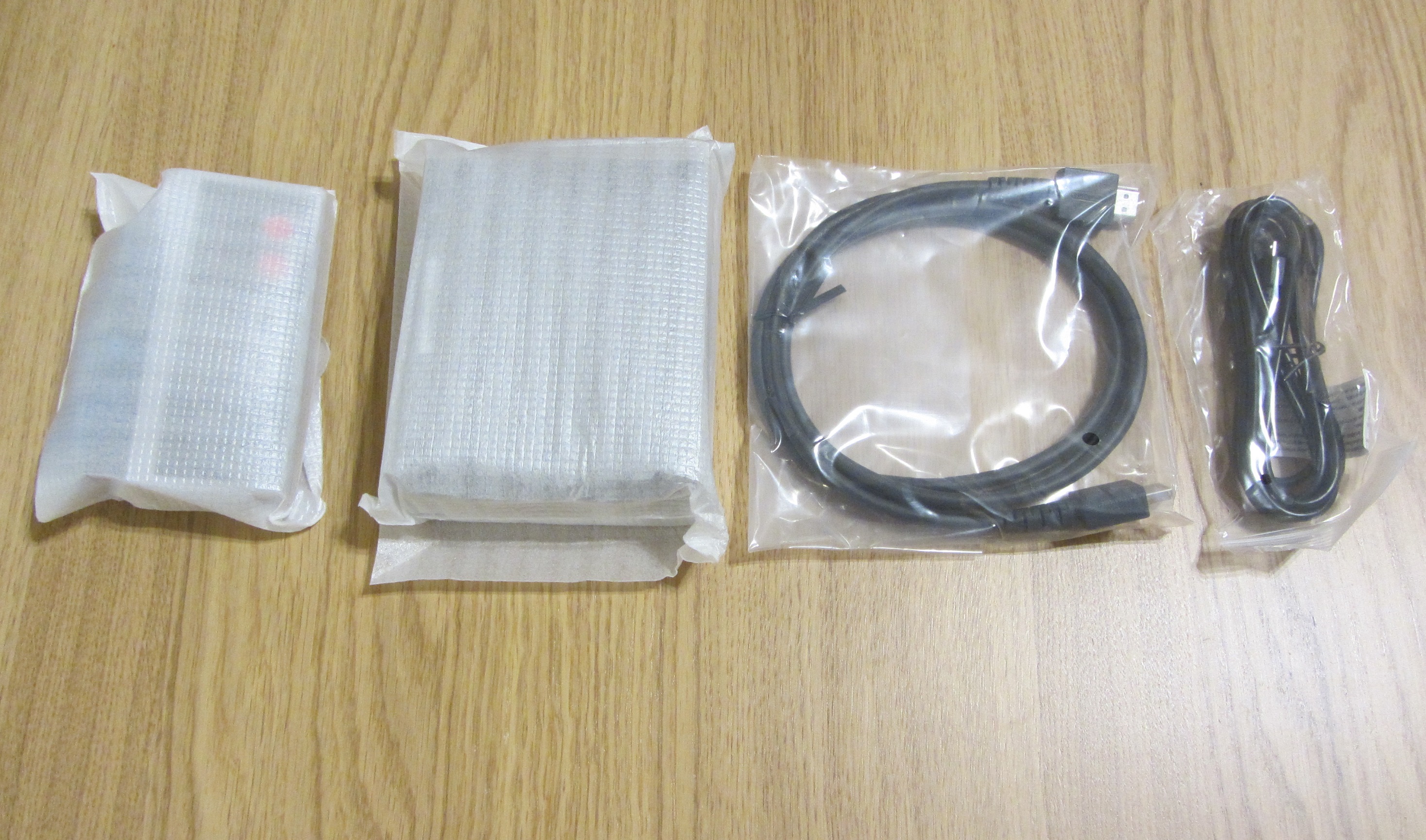 Here's a full list of what is included in the Nintendo Classic Mini box:

The USB cable can be plugged into just about any USB-compatible device (I used the one in my TV, for instance). There is no output AC adapter supplied, which is a bit of a cheap move by Nintendo. I tried to use the adapter from the PSP Go, but that one has differing internal knobs. Pity. It would have been cool to power a NES with Sony hardware, as if one was to recreate the failed 'SNES CD' collaboration effort between Nintendo and Sony that eventually resulted in the first PlayStation. 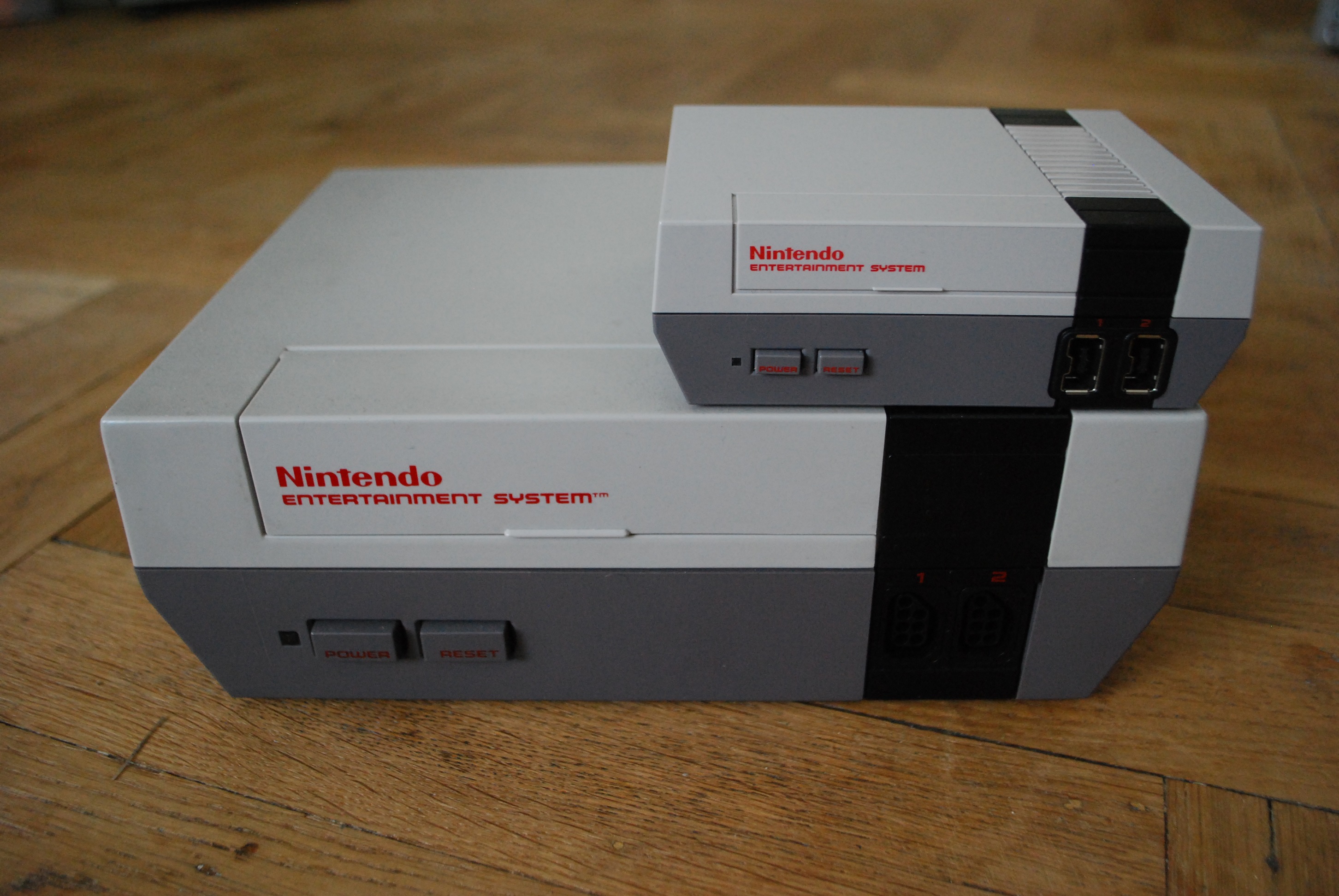 The console is tiny compared to the original Nintendo Entertainment System from 1985. Though the shape is the same, the footprints are dramatically different.

While many aspects of the console are attractive, (such as the price), the inclusion of proper HDMI really makes the new hardware an attractive option. In Nintendo's long history (and recent production), this is really only the second HDMI offering to speak of.

As has been well-documented by now, the length of the new controller cord is abysmal. The controller ports are proprietary and are the same as the port used in the bottom of a Wii Remote. The player needs to invest in a very long HDMI cable to game from the couch, or else just sit very close to the TV as in those early 90s/late 80s days. We may never know whatever Nintendo was thinking when they made the design gaffe, but it's a painful and obvious flaw.

Other than that, however, the console is an absolute winner. Starting up, a splash screen with 8 language choices pops up. While I opted for English, my native Dutch is available. This was next to impossible in the 80's and 90's. I remember many a GameBoy game offering the exotic lingo flavours of French, German, Spanish and Italian, but Dutch was almost always out of the question. A pleasant surprise to find it on the NES Classic Edition for sure. Display options are super sweet. Take your pick between 'CRT filter', '4:3' or 'Pixel Perfect.' 'CRT filter' adds a thin, hazy gauze over a HD television screen, and whisks the player back to 1985 with blurry definition and muddy colors. I loved it, and I have sampled all games with this display option. Less nostalgic gamers will be most pleased with Pixel Perfect, which provides, well, a pixel perfect rendition of the games on offer. 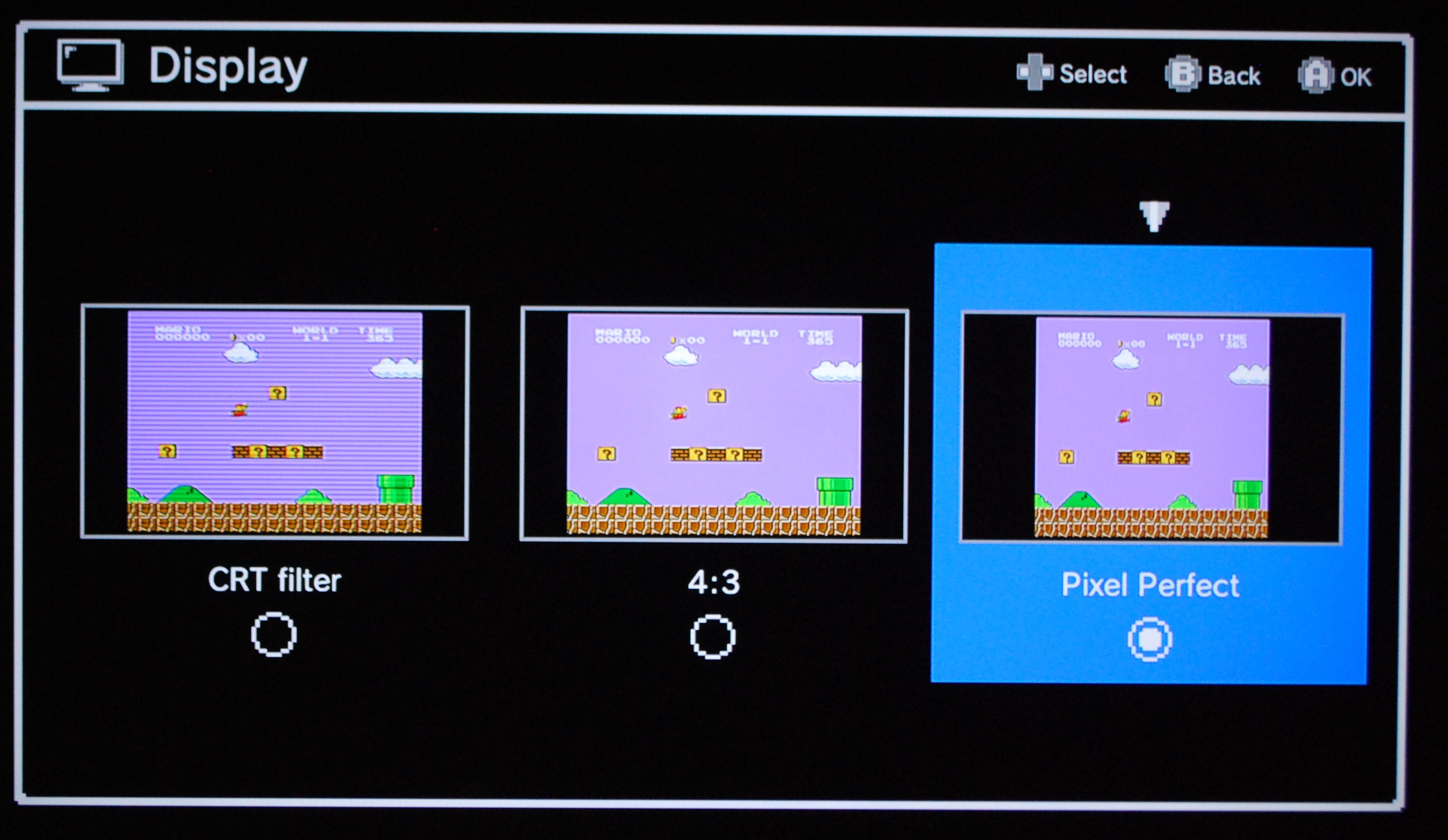 The reset button has been made an essential part of using the console. It's really the player's best friend when it comes to hopping from game to game. There is no in-game menu or selection screen. The reset button is also the highway to saving the games (a bonus, considering very few 8-bit titles had a save ability back then), and the method is very easy: each game has four slots, and overwriting a slot is executed by pushing the A-button for a few second - with a cute animation to boot, in which the new save literally kicks the old save away.

And the games? While I eventually bought a second-hand system in 2012, I never owned a Nintendo Entertainment System back in the day. My gaming adventures started in 1992, with the GameBoy and the Super Nintendo Entertainment System. As such, a lot of so-called classics escaped my gaming clutches. Good luck trying to find an affordable copy of 'Mega Man 2' or 'Ninja Gaiden' today, with the retro gaming scene having exploded and expanded to obscene levels. Prior to playing on this new retro NES, I had never played 'Kirby's Adventures,' 'Final Fantasy,' 'Castlevania' (and its sequel), 'Ninja Gaiden,' 'Tecmo Bowl,' 'Bubble Bobble,' 'Ice Climber,' 'Balloon Fight,' 'Punch-Out!!,' 'Galaga,' 'Dr. Mario,' 'Gradius,' 'Startropics' or 'Double Dragon II: The Revenge.' 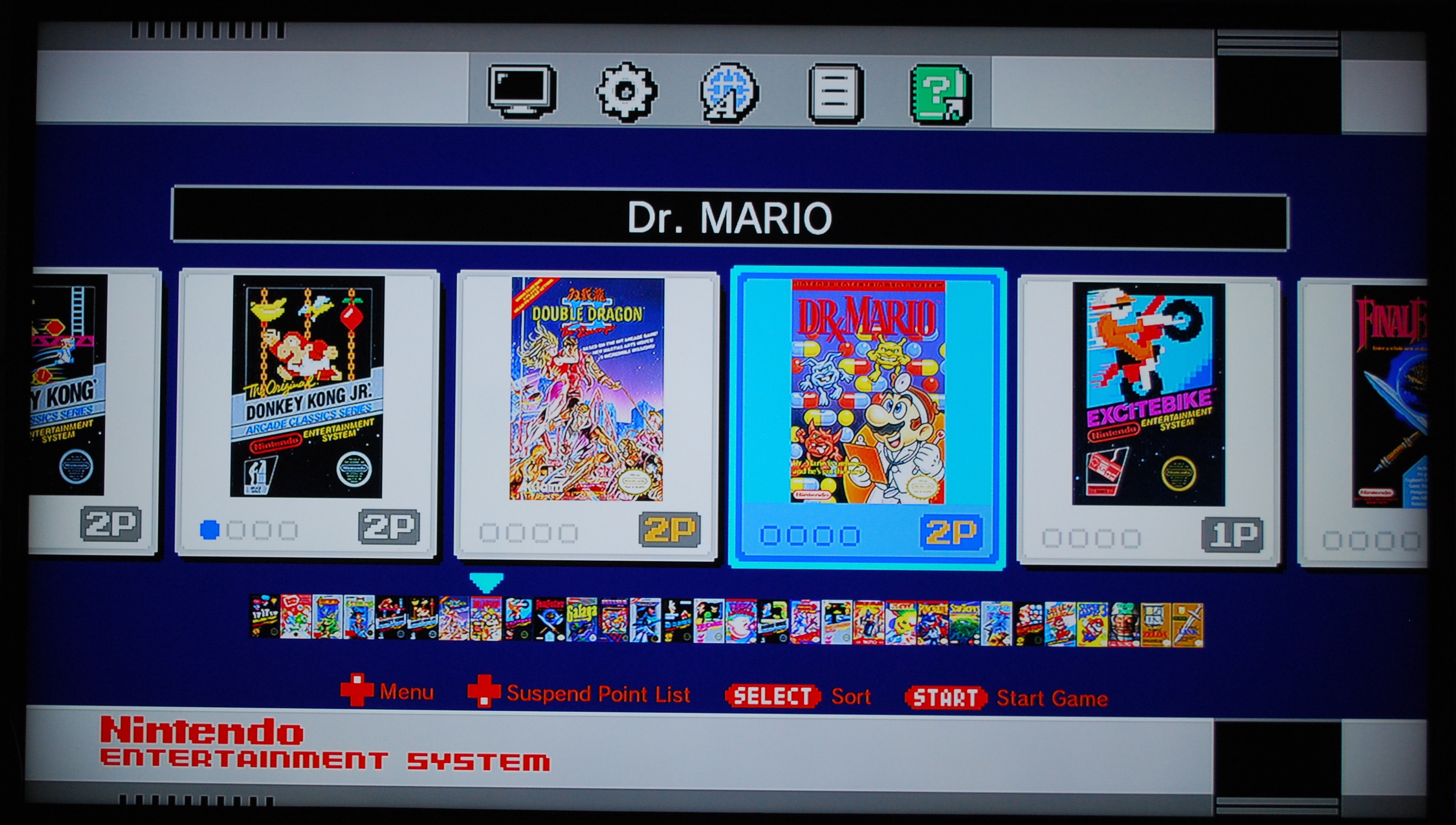 Playing the 30 classics reminded me of how far we've come in the world of gaming. It's easy to forget how difficult some games were (hence the 'Nintendo Hard' trope), and how newer gamers have no right to complain about dying in 'Uncharted' or 'The Last of Us.'  Even 'Dr. Mario' was brutal (yet fun). I spent a solid two hours before I finally scored my first victory. Either a bout of color blindness acted up, or the game's simple gameplay mechanics were beyond my understanding. My hands were clenched in fists of rage (to quote Don McLean), yet no solution lay anywhere on the horizon. 'Ninja Gaiden' was – true to its reputation – hard as fuark. Die once in 'Stage 1-2,' and it's back to 'Stage 1-1' for you. And there's a time limit, to add extra spice to the proceedings. Or 'Super C' with its one-hit kills. 'Donkey Kong' (and 'Donkey Kong Jr.'), in which the protagonist (Mario/Jumpman, or Donkey Kong Jr.) can't jump from great heights. Or 'Super Mario Bros. 2,' with super slippery controls that require perfect timing. Great stuff, but I had to warn the neighbors that my incessant screaming-at-the-screen did not require 911 attention. 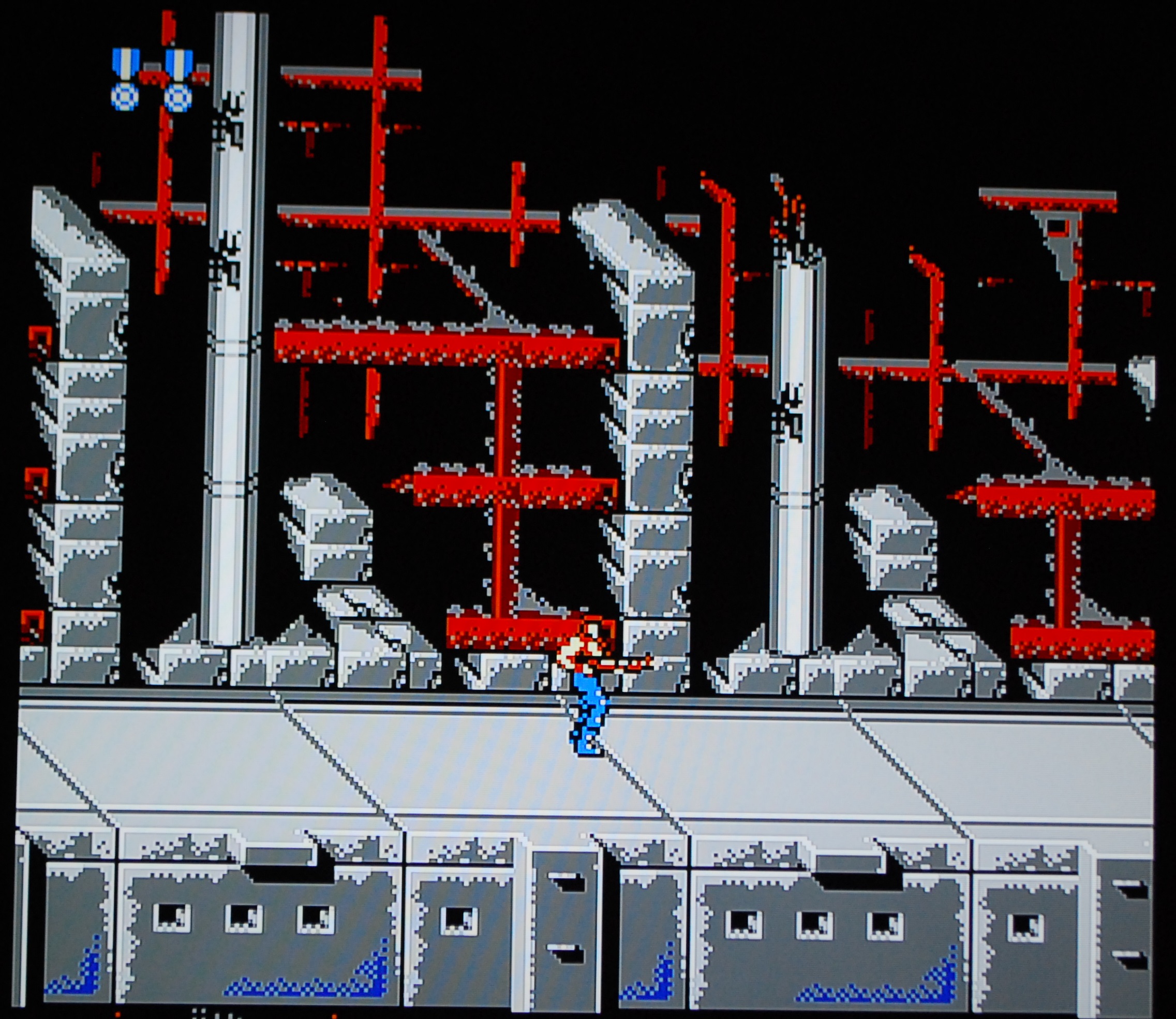 The 'NES Classic Edition' is a joy, and a wonderful throwback to the classic games of yesteryear. Graphics, sounds, and emulation are eerily good. The only downside is the lack of expansion (say, a SD-slot with Virtual Console support would have been a nice touch) and the absurd short length of the controller's cable. But for $60, at $2 per game, it's a sweet bargain and a joyous celebration of why we love Nintendo. Long live the boys from Kyoto.

Now bring on the Switch. 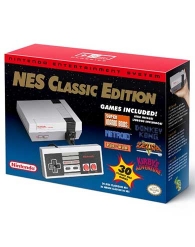