We love running contests around here, and we’ve got another great one this week. Our friends at Dolby Labs have given us two Blu-ray copies of the action blockbuster smash ‘Mission: Impossible – Ghost Protocol‘ with explicit instructions that they are to be delivered to two of you, our readers. (Sadly, the message didn’t self-destruct afterwards. That would have been really cool.) We’re happy to oblige. If you’d like a chance to win one, read on after the page break.

In addition to being tremendously entertaining, ‘Ghost Protocol’ also makes for fabulous eye and ear candy on Blu-ray. Here’s a video interview with director Brad Bird talking about the movie’s sound design and the Blu-ray’s Dolby TrueHD 7.1 soundtrack:

How do you win? Our photo caption contests always seem to be a hit, so let’s do another one of those. All you have to do is come up with a funny or clever caption for the following image. Click to enlarge. 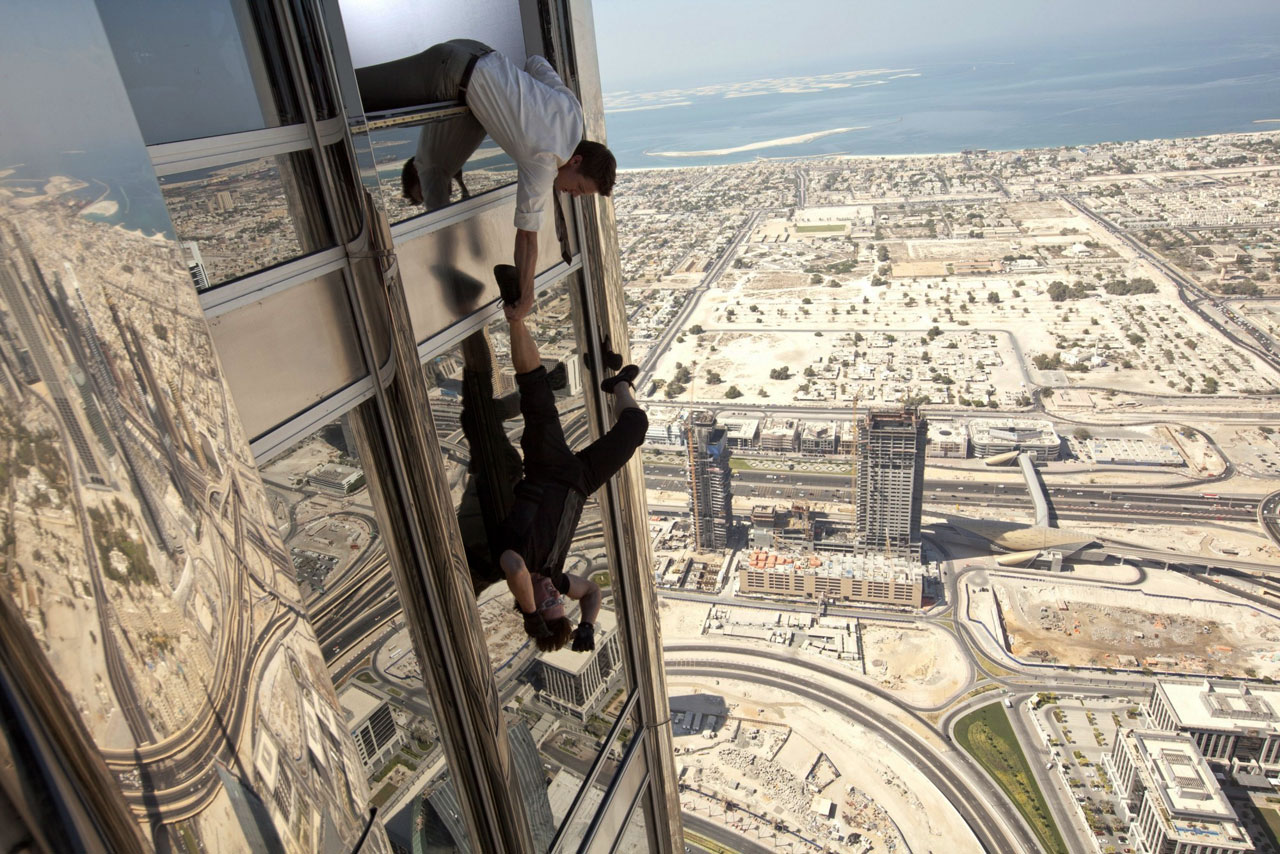 For example: “C’mon, Tom. Just ten more crunches and your workout is done for the afternoon.”

Pretty simple, right? The winners will be chosen at our own subjective discretion based on whichever responses we enjoy the most. We have two copies of the Blu-ray to give away.

The deadline for entry is this Friday, April 27th. The winners will be announced next week. Good luck, everyone!