“I didn’t sign up for Second Degree Assault Party.”

See, this is why I’m a dog person. Christopher would’ve been perfectly content to lounge around in his apartment this Halloween, scarfing down fistfuls of candy corn and knocking out a stack of horror he’d just rented on VHS. Alas, his crotchety cat Sir Lancelot wouldn’t get out of the comfy chair, putting the kibosh on that whole thing. Oh well! At least Christopher still has that invitation he found on the sidewalk for a murder party. 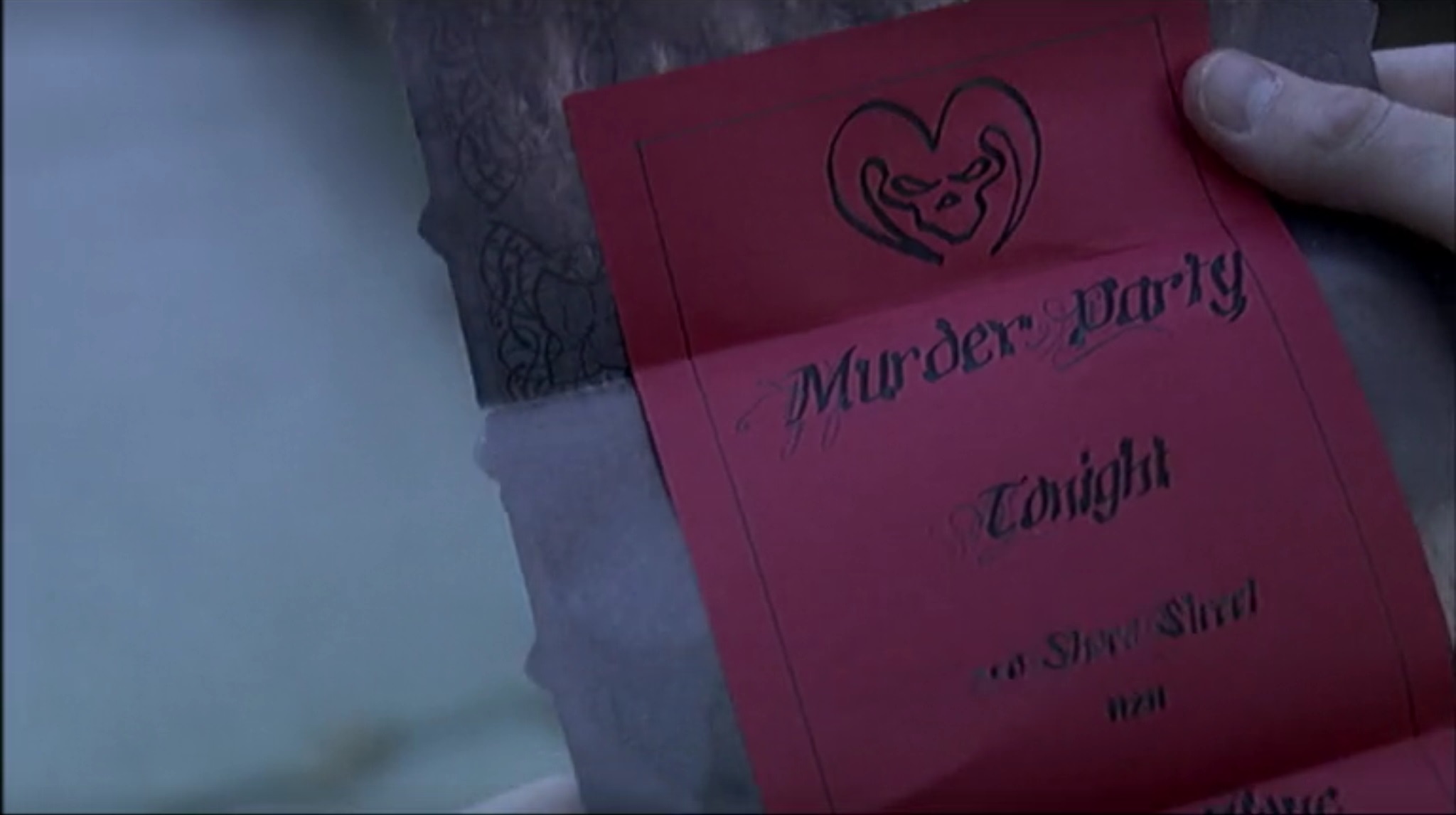 What’s a murder party, you ask? Exactly what it sounds like. Care to venture a guess who the guest of honor is?

This dingy, remote warehouse looks like it could be the backdrop for some grimdark torture extravaganza. Christopher’s captors are all prepped for an electric chainsaw massacre. An oversized jug of acid is right over there. No glimmer of hope remains as Christopher is surrounded on all sides by menacing, malevolent… wait, I mean desperate, pretentious, kinda pathetic art school students. We’re not exactly talking about criminal masterminds here. They’re just some doofy kids trying way too hard to shatter boundaries with some Murder is Art! bravado and Christopher as their subject. And if their grisly new installation squeezes some grant money out of deep-pocketed nutjob Alexander, all the better! Where is Alexander, anyway? 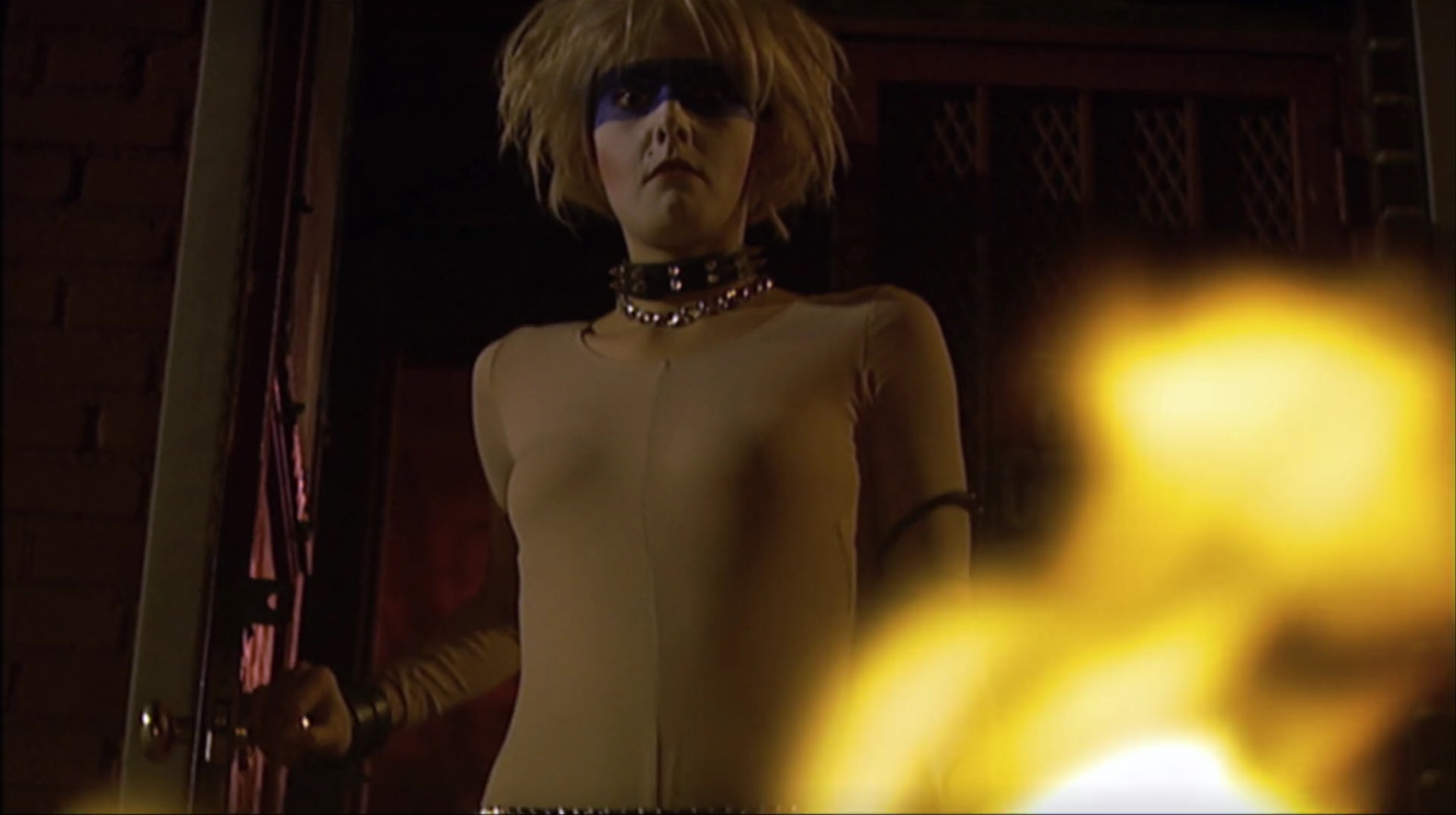 Even if Murder Party had never been a bloop on your radar, chances are that you’re familiar with the later work of writer/director Jeremy Saulnier. His critically acclaimed neo-noir Blue Ruin is a smoldering treatise on violence. That was followed by Green Room, a traumatically visceral siege thriller pitting a punk band against legions of bloodthirsty Nazis. I’m sure there’ll be a write-up on The Bonus View of Saulnier’s latest film after it premieres at TIFF this week. The short version is that Hold the Dark involves a masked killer, wolves, and dead children. Given some of those recurring themes, you probably have a picture forming in your head right now. Let me stop you because whatever you’re thinking, that’s not what Murder Party is.

We’re not talking about a grueling splatterfest with some poor sadsack being maimed and mutilated for an hour-plus. Nor does Christopher turn the tables on his tormentors, with the hunters soon becoming his prey. For one, Murder Party is a comedy. More than that, it’s a defiantly unique movie that shrugs off convention at basically every turn. 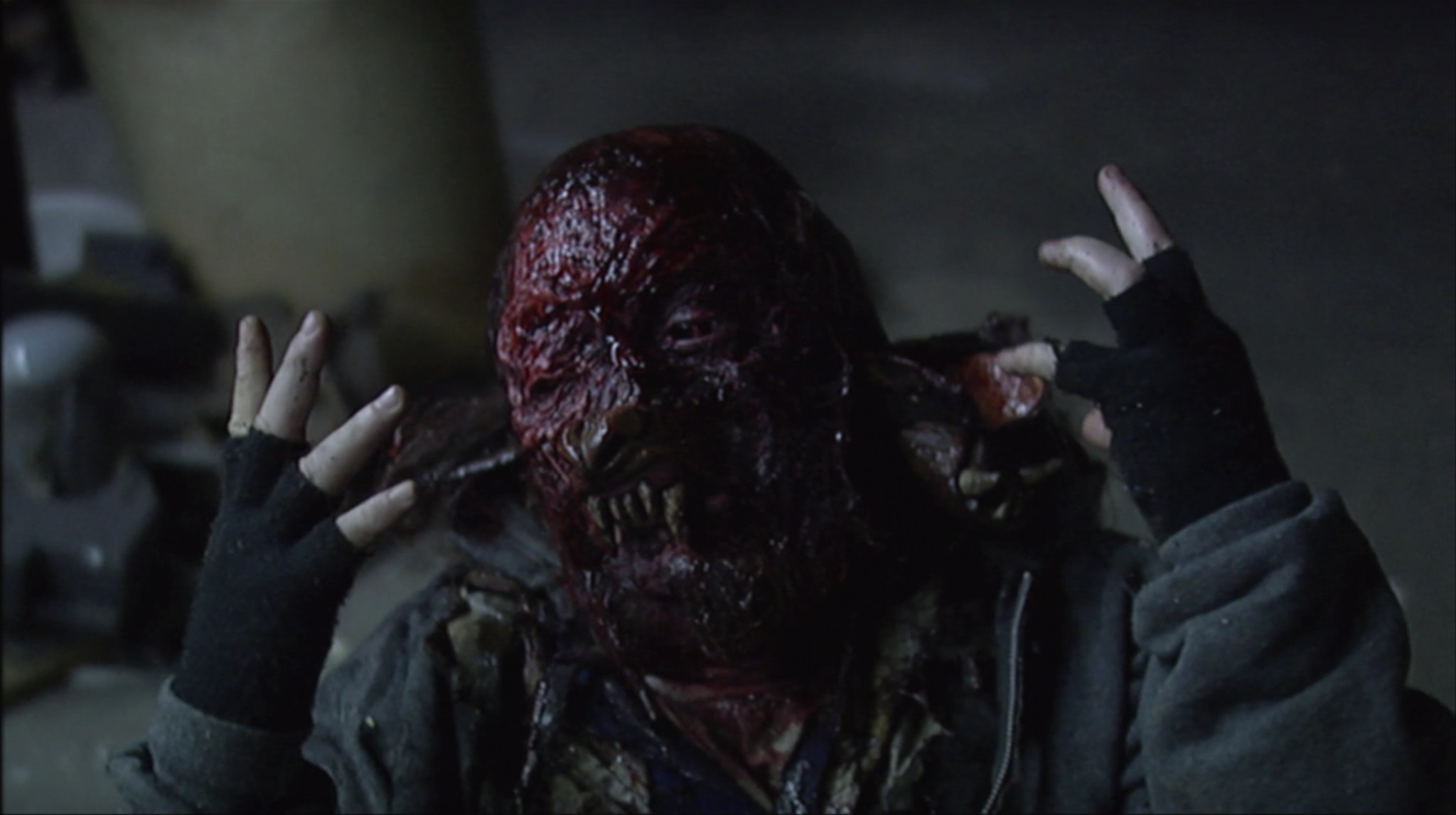 Despite the titular party revolving around Christopher’s impending death, he’s not the central character, exactly. Murder Party is far more fascinated by these oddball artists with murder (and, yes, grant money) on their minds. The movie could’ve settled for its villains to be one-note caricatures decked out in geek-cred Halloween costumes. Instead, we as viewers get to know The Gang That Couldn’t Stab Straight. This characterization is revealed gradually rather than slopped out in clumsy info-dumps. This extends to an inventive, drug-induced round of Truth or Dare. As obnoxious as these self-important art students are, I found myself kind of liking ’em over time. Besides, they’re just marching to the beat of Alexander’s drum, and he’s every bit as smarmy and love-to-hate as you’d hope a Murder Art Patron would be.

Seeing as how Murder Party swats away all the usual formulas, it’s best to go in knowing as little as possible. To keep things not terribly spoiler-y, I’ll say that there is a pretty substantial body count, but that almost never unfolds the way you think it would. Despite this as-independent-as-it-gets production not really even having a budget, the effects work is ambitious and well-executed. The lean and economical storytelling doesn’t stop Murder Party from delivering one left hook of a surprise after another. As keen as the film is on pulling the rug out from under its audience, its twists and turns are consistently well-earned. The same goes for its laughs, blending together slapstick, sight gags, a satirical skewering of the art world, and a maniacally dark sense of humor. And that gonzo finale! I wish I could say more. 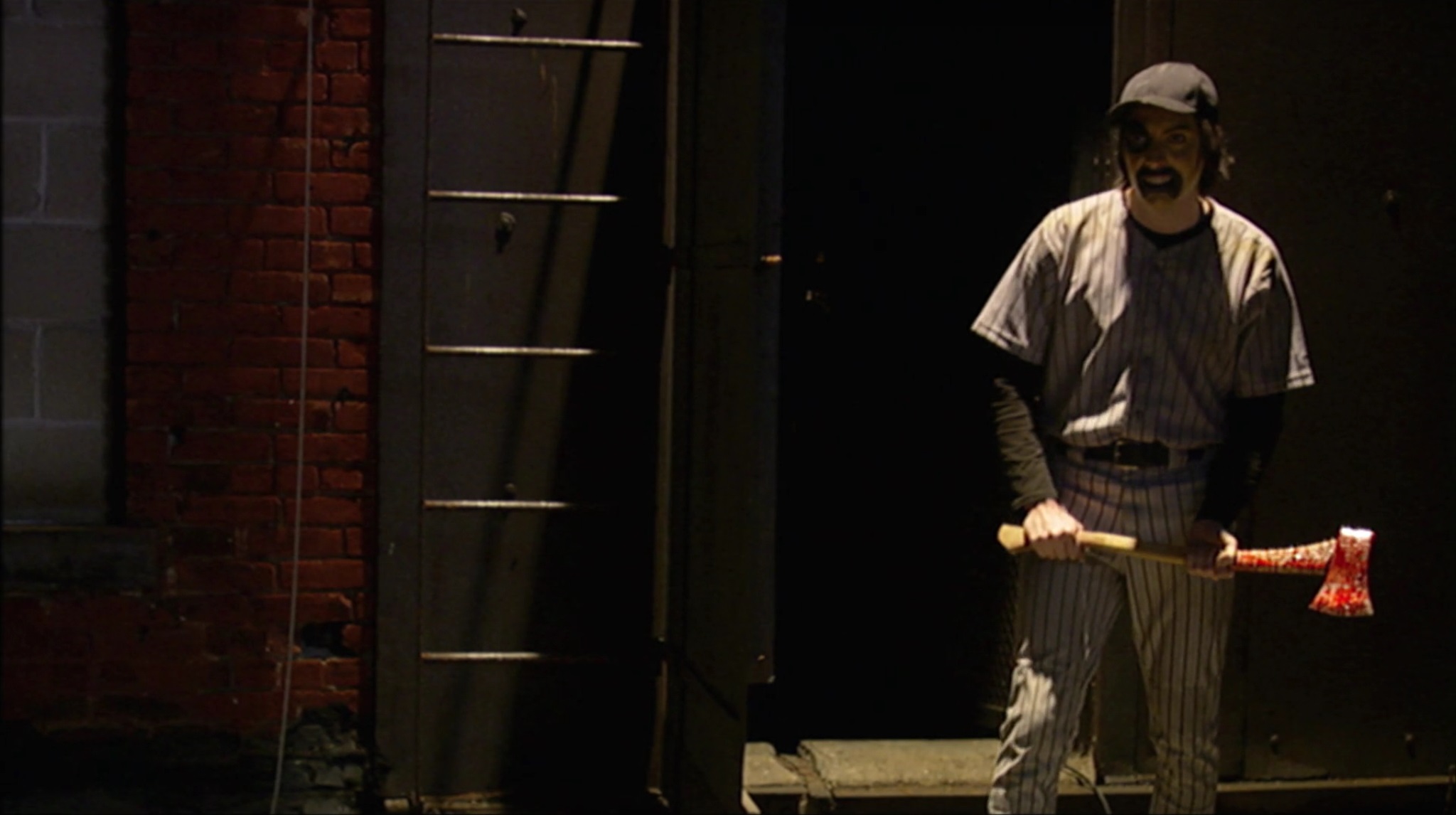 Despite Saulnier’s tweeted pleas, Murder Party never found its way to Blu-ray, although it did land a special edition DVD release. At least you can still catch up with the movie in 1080p on Netflix. Just bear in mind that while post-production was tackled in HD, it was shot with standard definition cameras. Maybe that’s not the most ideal subject for a column on a site with “High-Def” in its name, but it’ll all work out in the end.