We received a lot of great, really funny entries to last week’s ‘Lucy’ Blu-ray contest, and we’re excited to give away three copies of the disc today. I’m a little surprised, however, that nobody made any jokes about Benicio Del Toro.

Does no one else remember those rumors that Scarlett Johansson had dirty elevator sex with Del Toro after the 2004 Oscars? I thought for sure someone would bring that up. Oh well.

Anyway, as explained in the original post, we challenged you to provide funny or clever captions for the following image: 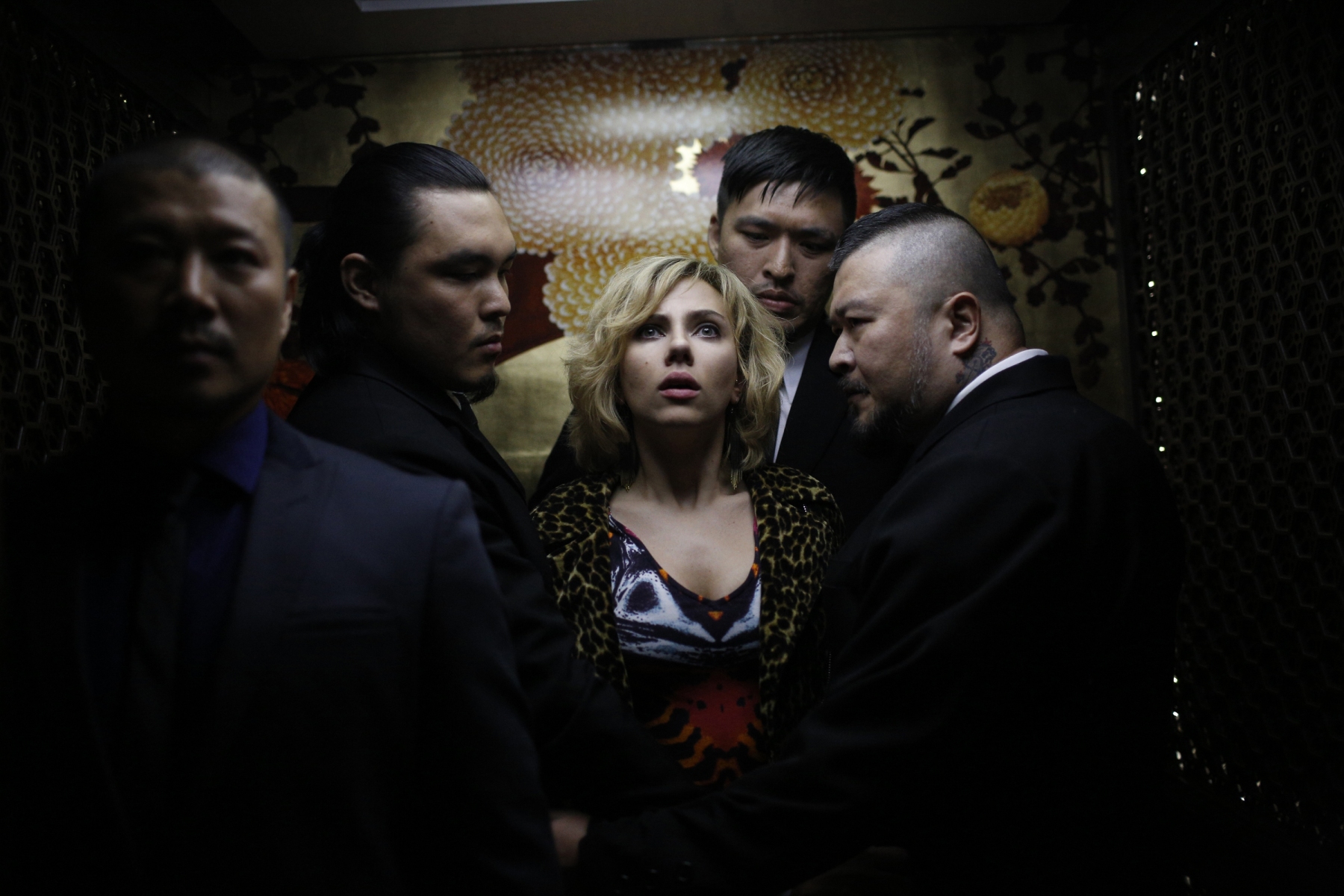 The Japanese men were furious that Scarlett Johansson continually refused to reveal what Bill Murray said to her at the end of Lost In Translation.

Yes, a couple other people made ‘Lost in Translation’ jokes too, but Jonathan’s was first and best.

The moment a woman realizes that she has the smallest breasts and biggest balls in an elevator full of men.

Only 10% of their blood is traveling in the direction of their brains.

Congratulations to Jonathan, ABWoman and Shayne for winning ‘Lucy‘ on Blu-ray, and thanks to everyone else for participating in our contest.