It’s still technically a rumor, but at this point I’m willing to call it a sure thing.  An optional Hulu subscription service, dubbed Hulu Plus, is on the way.  According to the ‘L.A. Times’, Hulu’s going to be asking for $9.95 a month for access to a back catalog of episodes.  But based on the information at hand, there’s no reason you’d actually want to use it. 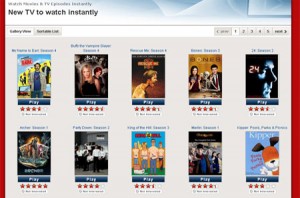 But the big question isn’t what or how, but why?  The only reason Hulu is great is because, for now, it’s free.  I find it easy to tolerate the low sound quality, standard definition picture and inconvenient viewing methods because, well, I’m not paying for them.  It’s a great way to catch up on missed shows and a nice break if I feel like taking lunch at the computer, but it’s not replacing my cable box.

If it seems like I’m being a little hard on Hulu Plus, consider Netflix.  For $8.99 a month, you can get access to a giant back catalog of shows that surpasses those available on Hulu.  You’ll also get a DVD in the mail for those shows that aren’t streaming. It’s already got several shows streaming the day after they air, and there’s no indication of that trend stopping.   For $16.99 a month, I get a new Blu-ray to watch almost every day in addition to the streaming service.  With Hulu Plus, it’s streaming or nothing.

If that’s not enough, I can watch Netflix streams on my PC, my laptop, my Xbox 360, and on my PS3.  On the game systems, I can even get high definition video. If you’ve got a compatible Blu-ray player, receiver or TV, you can watch Netflix on that too.  Hulu, on the other hand, can only be watched on a computer.  Admittedly, a service like PlayOn can enable Hulu streaming on the PS3 and 360, but it looks and sounds awful, and it still requires a PC to do it.

If Hulu wants my subscription fee, they’re going to need to offer me a lot more to get me to pony up.  The ability to watch on something other than a PC would be a start.  High definition video would help too.  I’d love to get these episodes on my TV, and a good HD stream might be enough to make me shell out the cash. 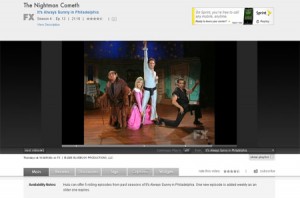 There’s also the issue of episode delay.  Getting an episode eight days after it airs is one of those things that a free site can get away with.  I’d be extremely reticent to pay $9.95 a month to see ‘It’s Always Sunny in Philadelphia’ over a week late, even if the quality was good.  I’d even go as far as to say that as soon as the show is on regular television, it should be available to Hulu subscribers.

Unless Hulu is planning on something that hasn’t yet been revealed, the Hulu Plus movement could be over before it’s begun.